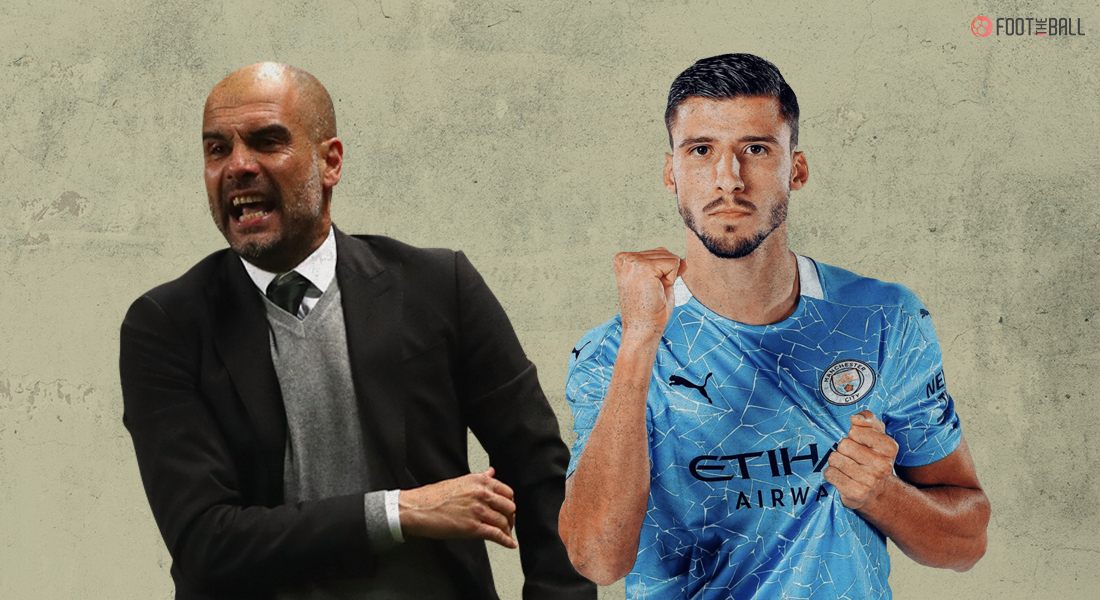 Ruben Dias has been named the FWA Footballer of the year for 2021. The Manchester City centre-back became the first defender in the Premier League era to win the famed award. The Portuguese international’s win means a defender has won the award for the first time since former Liverpool star Steve Nicol in 1989.

Dias who arrived at the Etihad in a £65 million deal this summer has transformed the entire defence of Manchester City. Touted as a long-term replacement to club legend Vincent Kompany, Dias has lived up to the billing in just his first season.

The 24-year-old became a bedrock at the heart of Manchester City defence and formed an unbreakable partnership with John Stones. He helped City to win the Premier League and the Carabao Cup. He will be determined to create history by winning the Champion League as he lines up in the final later this month.

In a world where attackers take all the credit and get awarded individually, Dias’ win stands out. The fact that no other defender has won it in the last 32 years speaks about the specialty of this win. Ruben Dias also became just the third player after Gianfranco Zola and Jurgen Klinsmann to win the FWA during their first year in England.

Thank you to the FWA who voted for me for this award! It’s a huge honour to be recognised in just my first season. But I could not have done it without the team who have been incredible this season. Now let’s focus on these last two games 💪🏼💪🏼 pic.twitter.com/8TvXcKz4Ng

On collecting the award the commanding centre-back said: “It’s a huge privilege. I’m very, very happy [but] I could not have done it without the success of the team. Everyone in the team deserves this award. Only by that was I – as a defender – able to be here to receive this prize.”

Dias’ words emphasize the importance of teamwork and the bond in a team that’s instilled by the influential Pep Guardiola. The Portuguese international was also quick to heap praise on his boss and all the staff at Manchester City.

“[I’d like to thank] my team-mates, all the staff – Pep included obviously – the Club [and the many names responsible for bringing me here] but ultimately, all of my colleagues: the staff, the physios, the kitmen, the guys in the kitchen that bring a smile every day to the training ground and make us feel good and ready to be the best we can be.”

He dedicated the award to his teammates, friends and family who supported him always. “If our Premier League victory and this award means something to me, I want to give a big part of that something to them. I would like to dedicate it to them and my family as well, who are always with me.”

The Football Writers’ Association award is an annual award given to the best player of the year annually by a panel of journalists. This season as Manchester City won the league majority of their squad were amongst the nominees. Manchester City players accounted to nearly 50% of the total votes cast.

The Footballer of the Year sat down to react to some of the most memorable defensive moments we've seen over the years! 💪⬇️

According to Footballwriters.co.uk Ruben Dias was a comfortable winner ahead of Tottenham’s Harry Kane and City team-mate Kevin de Bruyne.

The margin of the victory can be quite easily understood if one watches Manchester City’s games. City made a poor start to the campaign and were humiliated by Leicester at home as they suffered a 5-2 defeat. Their defence called out for a leader who could hold them down and guide from the back.

Dias settled into the league in no time and started showing his world-class quality from day one. He was a natural leader and started organizing the defence to suit Pep Guardiola’s high press and attacking in numbers philosophy.

He is a master of reading the game and nips many attacks in the bud. His aerial game is exceptional, making the most of his physical frame. Dias also made a number of last-ditch tackles as throwing his body on the line. All these factors make him an ideal modern-day defender.

Another aspect that makes Dias a top professional is his availability. He has made 48 appearances for City this campaign and can notch up 50 appearances before the season ends.

FWA chairman Carrie Brown was full of praise for Dias. “ Ruben Dias turned heads soon after his arrival in Manchester, a 23- year-old belying his age with fortitude, steel, a relentless drive for perfection and an almost superhuman ability to read and anticipate phases of play.”

“Ruben Dias is our Football Writers’ Association Footballer of the Year for his leadership on and off the pitch as much as for the infectious joy he derives from executing the art of defending to perfection. Perhaps, in this of all seasons, Dias is the leader we all need.”

Dias has almost conquered everything in British football in just one season of football. With a huge summer ahead of him in the form of Euros, the sky is the limit for him. For now, Ruben Dias can enjoy the well-earned FWA award victory.