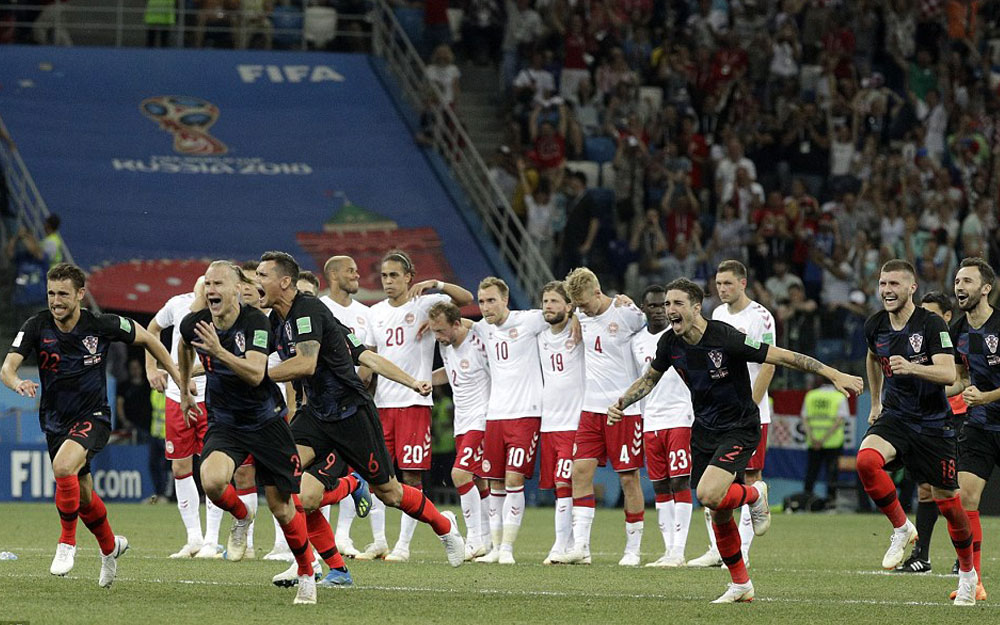 Denmark coach Age Hareide said on Sunday that his team lost to Croatia by only a small margin and this is the cruelty of football.

Denmark lost to Croatia 3-2 in a thrilling penalty shoot-out after an rather even match with the two sides tied 1-1 after extra time.

“Kasper did all that he could to make sure we won the match, both in extra time and in shootout. But our three best players for penalties all missed today,” Hareide told a post-match press conference.

“I’m sorry for Kasper and for the whole team. I think they played well. But that is what can happen in penalties, and this is the cruelty of football,” the coach added.

He went on to explain how players could miss penalties though they have been much better during training.

“When you are out there in training, there is no pressure. But research shows that your pulse is like in a war zone when you take a penalty. We had a wonderful keeper, but that didn’t help,” he said.

Hareide said that his players had done a good job in getting Croatia under control and creating chances, and he could think of nothing that he could have done differently or better to win the match.

“If you put more people up front, there is risk of counterattack. Croatia is one of the best teams in Europe on counterattacks. Having control is also important. But we (already) had better control in the second half,” said the coach.

Regarding the team’s future, Hareide said that his team will continue to stay strong and learn a lot from the World Cup matches.

“When we go back to the locker room, we continue as team. If we can stay strong, I think we will be better in the (future) European Championships,” he said.

Post tags:
Croatia
previous post
Why People Suddenly ‘Get Into’ Football During The World Cup
next post
Russia Eliminate Spain On Penalties, Advances To The Final 8 In World Cup