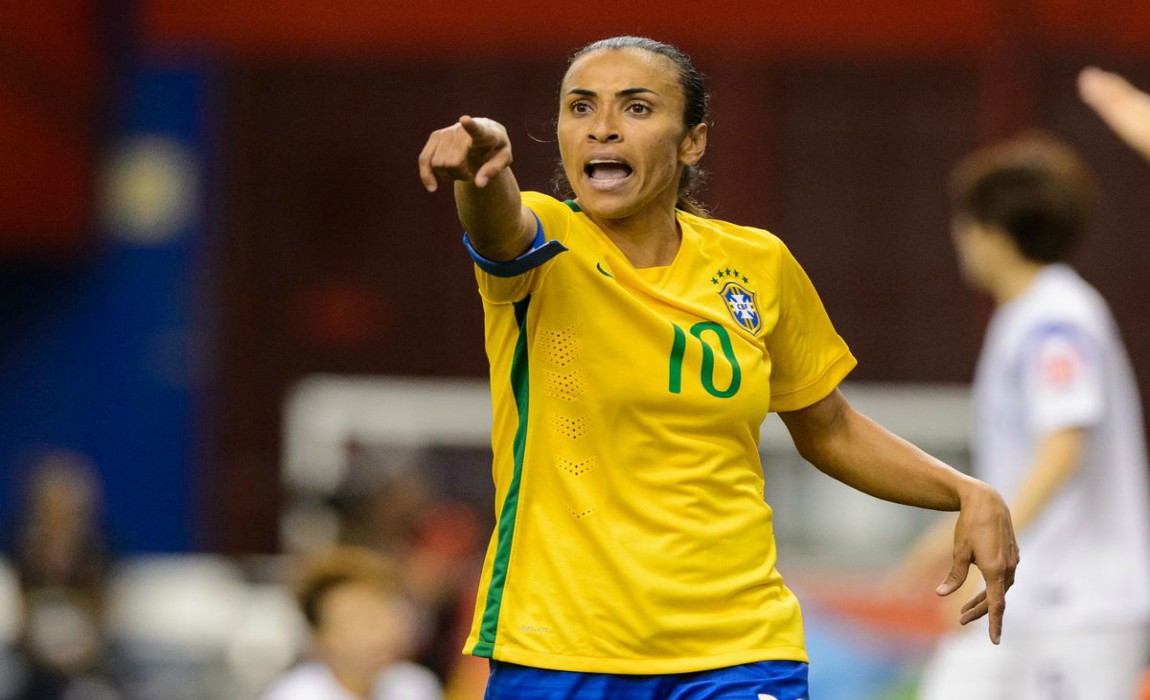 Marta Vieira da Silva was born in 1986. She is considered the No. 1 legend of the world women’s football. She is mentioned with many different nicknames such as the football queen, Pele “wearing the skirt”, the best player in the world, etc. 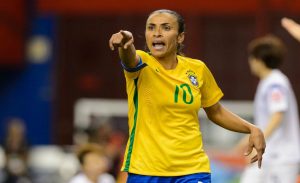 She is known for her excellent skills, ability to observe, dribble, and score goals. You can see her performance as well as watch full live football at https://dabong.net website. Marta is the owner of FIFA Player of the Year 5 times in a row in 2006, 2007, 2008, 2009 and 2010. She also won the Golden Ball at the U19 Women’s World Cup in 2004. She and the Brazil team won the Silver Medal at the 2004 and 2008 Summer Olympics. Marta currently holds the record for most World Cup goals with 15 goals, surpassing Birgit Prinz ‘previous record of 14 goals.

Mia Hamm was born in 1972, she is considered a legend, a symbol of American football. It is true that Mia Hamm is the one who brings gender equality in football. With 158 goals in 275 appearances for the national team, Mia Hamm was hailed by American men as the greatest striker of all time in the United States.

American football fans in the United States and around the world know Mia Hamm for her excellent attacking style, not afraid of disputes. Her appearance is always a danger to any defense and goalkeeper of any team.

Mia Hamm has twice become the best female player in the world (2001 and 2002) and was chosen by the football king Pele as one of the 125 greatest players in the world of all time. Mia Hamm officially closed her illustrious career in 2004.

Michelle Akers was born in 1966, she is one of the best female football players in American football. In the 1991 season, Akers set a record when he scored 39 goals in 26 matches. Akers is also the top scorer in the 1991 Women’s World Cup with 10 goals, including 1 match Akers has scored 5 goals.

In 1996, Akers and the US team attended the Summer Olympics, held in Atlanta, Georgia and won a gold medal.

In 1999, the US team won the Cup and Akers was elected to the typical team of this tournament.

Akers officially retired in 2000. After retirement, Akers continued to participate in football development and writing books.

In 2002, Akers was named the best female player of the century by FIFA. In 2004, Akers and Mia Hamm were two female players selected by Pele to list 125 best players who are still alive.

Birgit Prinz, born in 1977, is considered a monument of German women’s football. The first time she played for Germany was in 1994 (she was 16 at the time) in the match against Canada.

Wambach was born in 1980 in Rochester, New York, USA. She has won the Olympic games gold medal twice and won the world women’s soccer championship.

Wambach played for the United States starting in 2001 and she holds the record for most footballers (both men and women) in the history of American football with 184 goals.

Wambach won the best female player award in 2012. She was named in the list of the 100 most influential people in the world in 2015 by time.

Wambach officially retired from the match against China on december 16, 2015.

Sawa was born in 1978 in Tokyo, Japan and she is considered a legend of Japanese female ball. Sawa won the Golden Ball and Golden Boot in 2011 after winning the first women’s World Cup with Japan. In 2012, Sawa was honored to receive the FIFA Female Player of the year award in 2011.

In addition, she also won the Silver Medal at the 2012 Olympics in London. 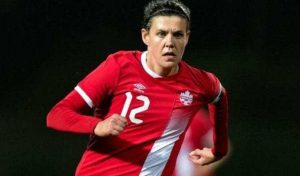 At 33 years of age and before the Rio Olympics, Christine Sinclair surpassed Wambach in terms of goals (reaching a record of 162 goals in 230 matches).

Nadine Angerer was born in 1978. She is a German soccer goalkeeper. She is remembered by many for her skills.

In 2014, she won the FIFA Golden Ball for women and she became the first female goalkeeper to win this award.

Sun Wen was born in 1973 in Shanghai. She is considered a legend of Chinese women’s football, and won the Golden Ball and Golden Shoe of the World Cup in 1999, receiving the title of FIFA 20s FIFA Women’s Player in 2001. However, The injury forced Sun Wen to retire two years later.

Above are the 10 best female players of all time, they are the people who have contributed a lot to make the history of world football.