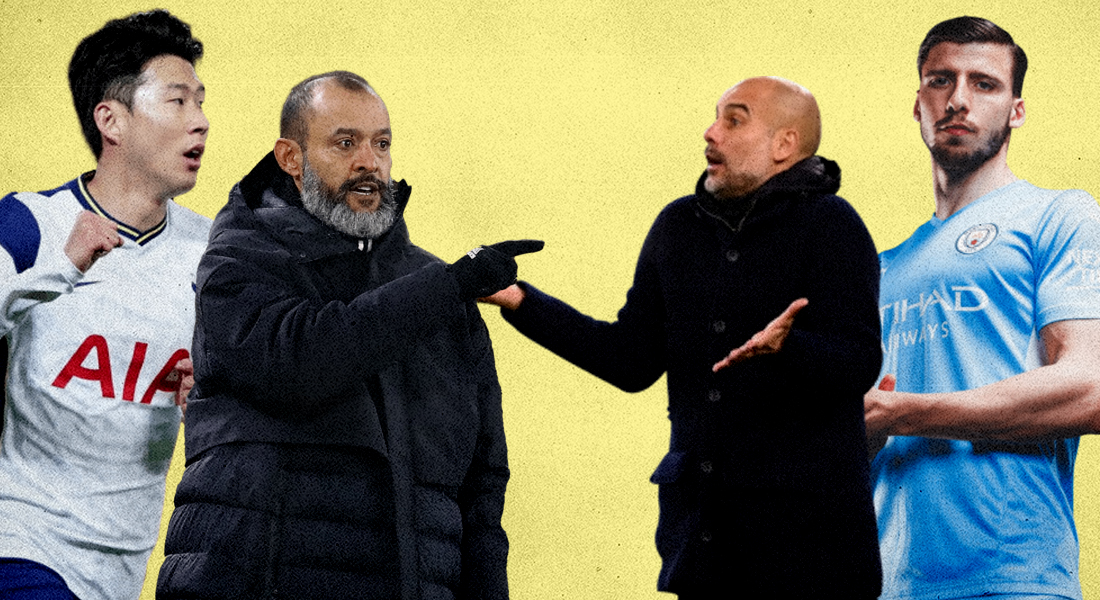 Tottenham Hotspur host Manchester City in the season opener which will be dominated by the underlying storylines involving both. With the Cityzens poised to make a second bid for Harry Kane, it sets up an intriguing contest on Sunday.

Spurs have a new head coach, a new sporting director, a new central defender and a talented youngster. Still, they are in no better of a position than last season to start solidly. A lot of that has to do with the endless speculation surrounding the future of Kane. There is no doubt that without the striker, this team sucks.

Kane won both the Golden Boot and the Playmaker of the Season awards enroute to a Europa Conference League spot. However, having been in quarantine for the past week, there is almost zero possibility of him playing against City. Instead, the line up front will be led by Heung-Min Son who has been in fine touch over the past few seasons.

🎙 "We know that we are going to face a tough opponent, a quality opponent, but it's about us."

Cristian Romero can make his debut along with the presence of the ever reliable Pierre-Emile Hojbjerg in midfield are the clear positives and they will need to start the match on a strong footing.

Pep Guardiola’s side meanwhile have a new record signing amongst their ranks. Jack Grealish’s arrival has beefed up an already stacked richness of talents, all of whom are raring to go. There has not been any departures and with Kevin de Bruyne nearing full fitness, the team will be eager to pick up all three points.

They did look a bit fatigued in the FA Community Shield defeat against Leicester which is to be expected after such a short turnaround. Nevertheless, the defending champions know the importance of a good start especially since their rivals have strengthened their own squads. The most fascinating tale in all of this of course whether Harry Kane will soon be suiting up for Guardiola and co.

It is no secret that City are in search of a striker and the England international seems like the perfect fit. This backdrop will add another layer of tension between the two sets of fans over the weekend.

Nuno Espirito Santo is without Kane of course, and Bryan Gil can also find himself on the bench after his exertions at the Olympics. Further back, Romero’s inclusion will depend on how match ready he is after his own campaign at the Copa America.

🗣️ "I am so grateful to be here. It is an honour to play with this club. Now another five years, I hope we can achieve big things." [Sky Sports]

That's how it's done 💙 #COYS pic.twitter.com/vuRuFzqWmR

Jack Grealish is almost guaranteed to start for the champions along with the centre-back pairing of John Stones and Ruben Dias. The most interesting selection will be who starts up front.

Jack Grealish is happy not being the main man at Man City 🙌 pic.twitter.com/tWFLXdc9nG

Gabriel Jesus and Phil Foden returned from the Copa America and Euros respectively which might leave them short of full match readiness.

Spurs’ hopes of scoring will rely on their Korean star a lot. Son struck up a fantastic partnership with Kane last season, which resulted in 17 goals and 10 assists for him. He has carried that form right into pre-season, netting three times in four matches including the winner against Arsenal last time.

🗣️"Sonny is a very special player. Beyond all the talent and all the quality, he has one characteristic that is very important. He works with a smile on his face and its contagious. What I’m looking forward to is to always keep him smiling."#THFC pic.twitter.com/dFdCU5VFtn

Santo will deploy him as the central striker in place of Kane which will add a different layer of threat for the City defence. Son is brilliant in maneuvering spaces and running in behind the back-line. Furthermore, his ability to get away shots quickly and clinical nature of finishing means that he does not need too many chances to score.

His main worry will be to avoid the tackles from Dias or Stones and how the supply will be from those in behind. City know they cannot allow him time on the ball in dangerous areas given his track record from distance.

Jack Grealish: "The season before last [19/20], I got six assists and I watched clips of @DeBruyneKev when I was at Villa. I said I want my end ball to be like his. That is something I practiced on and last season I got 10 assists in 27 games, which is a good return…"

The main focus for the away side will once again turn to Jack Grealish. After a rather subdued debut where he gave away the ball seven times in a 25 minute cameo, both he and the fans will be expected a much improved showing. There is no doubting his natural ability or the ease with which he can pose a danger to the opposition.

Coming in from his favoured left side or mixing it up in the centre of the park, Grealish can do both. His fleet footed nature coupled with the attention he garners from his markers mean that other attackers will get the chance to move forward. The 25-year-old will be relied upon to deliver crosses, play the killer passes and of course, take shots himself. Furthermore, in the absence of De Bruyne, he will the creative mantle to unlock the Spurs defence.

The first match of a season is always too early to predict anything definitively. Nevertheless, this will be a good chance for both to flex on their final credentials. Santo will be keen to get his tenure with a win while Guardiola will look to lay down a marker for the rest of the pack. Of course, the Kane subplot will be a much asked topic before and after the match. FootTheBall predicts a 2-1 win for Manchester City.