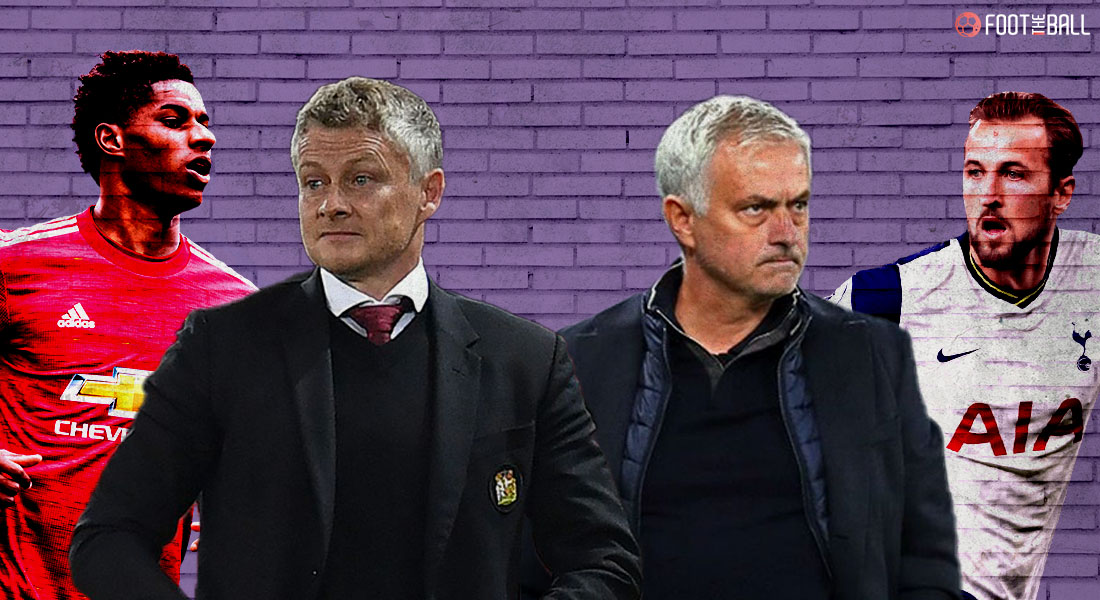 Tottenham Hotspur hosts Manchester United in a crunch match in the race for the top four in the Premier League on Sunday. Jose Mourinho’s team could have the opportunity to go fourth with a win if other results go their way while United will be looking to distance themselves further from the pack.

Spurs come into the match on the back of a disappointing draw against Newcastle United. Mourinho’s men have now dropped 15 points from winning positions after conceding late on to Joe Willock at St. James’ Park.

𝗙𝗨𝗟𝗟-𝗧𝗜𝗠𝗘 ⏱️ The points are shared at St James' Park.

The Red Devils made it two wins in two post the international break with a comfortable 2-0 win against Granada in the Europa League. Ole Gunnar Solskjaer’s men came from behind to win 2-1 against Brighton in the league last Sunday which took them four points clear of Leicester in third.

Tottenham could welcome back key man Son Heung-Min in the starting eleven against United. The winger came off the bench at half time last weekend and is expected to be involved from the start on Sunday.

Mourinho will be without full backs Ben Davies and Matt Doherty, both of whom picked up injuries during the international break. Toby Alderweireld and Serge Aurier are available for selection after missing the previous match due to late return from international duty.

Wishing you a speedy recovery, @EricBailly24 — we hope to see you soon ❤#MUFC pic.twitter.com/b50Gq76A22

Manchester United will be without Eric Bailly who is yet to return to the UK after testing positive for Covid-19 with Ivory Coast. Question marks also remain over the fitness of Marcus Rashford who has been struggling with a back problem for some time now. Anthony Martial continues to be ruled out.

Spurs captain Harry Kane is in stellar form this season and tops both, the scoring and assisting, charts in the league. He will be looking to work a Manchester United defence that will be less than 100% after their European excursions.

Gareth Bale’s return to North London has been underwhelming overall but he has shown signs of improvement in recent weeks. Bale’s pace will be crucial if Mourinho’s team is set-up to play on the break as expected.

United’s downturn in form this season coincided with the absence of Paul Pogba. The Frenchman adds extra quality to Solskjaer’s side which has been showcased in decisive goals against Burnley, Fulham and AC Milan.

Solskjaer did not use Fred against Granada and the Brazilian has been one of the certain selections in big matches for Man United. He is crucial defensively but it is his on-ball efforts, which fluctuate wildly, that often dictate how the match goes.

Fred’s game by numbers vs. Brighton:

With every negative result, clouds start gathering around Mourinho and his team often bringing another poor result. His tendency to throw his players under the bus doesn’t help. Manchester United have started to get a knack of getting results even while playing poorly. The reverse fixture produced a shocking 6-1 result in favour of Spurs and United will be out for revenge. Thus, FootTheBall predicts Tottenham Hotspur 0-2 Manchester United.