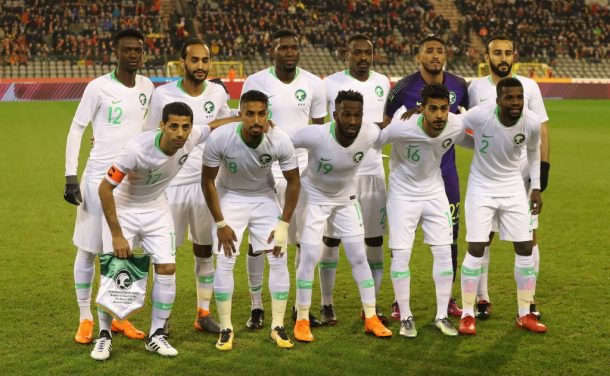 After failing to qualify for the World Cups in South Africa in 2010 and Brazil in 2014, Saudi Arabia will have the chance to compete in the 2018 FIFA World Cup in Russia this year. But it remains to be seen if this Arab country can win its first victory since 1984.

Saudi Arabia qualified for the World Cup for four consecutive editions between 1994 and 2006, but the Green Falcons have never fared better than on their competition debut. More critically, Saudi Arabia has not won a single game at the World Cup after beating Belgium in 1994.

Now the 2018 FIFA World Cup in Russia is another fighting chance for Saudi Arabia to prove that they can win in the tournament.

Saudi Arabia’s road to Russia is not smooth. In the Asian section of 2018 FIFA World Cup qualification, Saudi Arabia collected 19 points with a 6-1-3 record. It finished second in the group following a 1-0 win against Japan in the very last round and secured a place in the World Cup, which was thanks to the goal difference ahead of Australia who have the same number of points.

In the World Cup finals, Saudi Arabia was drawn in Group A with Russia, Egypt and Uruguay. Although there are no traditional strong teams and it seems to be a favorable group, Saudi Arabia has the lowest FIFA ranking of the three teams.

Saudi Arabia has yet to release its final list of 23 players. However, there is no doubt that the Green Falcons will be one of the oldest teams in Russia, as most of the players are above 27 years old.

Most of the players in this Saudi Arabian team play their weekly football match in the domestic league, so they are familiar with each other.

Although it lacks world famous superstars, Saudi Arabia has a prolific striker like Mohammad Al-Sahlawi who can score in a variety of ways. The 31-year-old striker scored 16 goals in the qualifying stages and was reportedly sent to train with the England club Manchester United ahead of the World Cup for a better performance next month.

Other Saudi Arabian players who the world can look forward to are Yahya Al-Shehri and Fahad Al-Muwallad. Yahya Al-Shehri plays as a left winger. The 27-year-winger scored five goals during the qualification and now is an indispensable player in the national team.

Fahad Al-Muwallad is one of the most promising players in Asia. In the qualification game against Japan, the then 23-year-old player scored the winning goal and sent Saudi Arabia to the 2018 World Cup in Russia.

The performance of these three players may be crucial to the Saudi Arabian national team.

Bert van Marwijk, the Dutch coach who was hired by SAFF in 2015, took Saudi Arabia to their first World Cup in over a decade. However, this achievement did not keep him the job. The former Netherlands coach who led the Dutch all the way to the 2010 World Cup finals was replaced by Argentinian Edgardo Bauza last September. However, Bauza left his post after just five games in charge, including back-to-back losses against Bulgaria and Portugal.

Saudi Arabia only managed a 3-1-2 record in six  recent friendly matches, including a heavy 4-1 defeat by Iraq and a 4-0 defeat by Belgium.

So, with the World Cup looming, there is a lot of preparation needed to be done by Pizzi and his players.

We are now barely 20 days away from Saudi Arabia’s debut in Russia. In the first match, they have to face the host nation to the cheers of thousands of home fans. Then, the Green Falcons will fight against the very strong Uruguay, led by Luis Suarez and Edinson Cavani. In the final round of the group stage, Egypt with Mohammed Salah will be a tough opponent.

Most professionals and media are predicting the Saudi Arabian team has very low odds to make it to the top two in Group A.