After Helping Man Utd Land Lukaku, Pogba Gets Piggy-Backed By Pal As United Train In LA 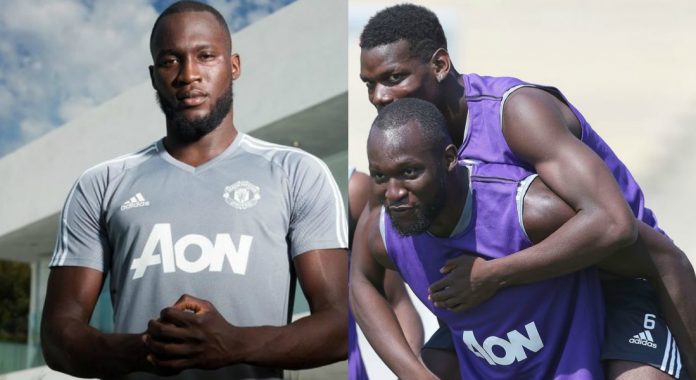 The two close friends are now team-mates after the £75m arrival of the Belgian on Monday.

World’s most expensive player Pogba made the most of his mate and United’s newest signing Lukaku’s solid frame on Tuesday during a piggy-back training drill a the club’s UCLA training base.

A light-hearted session in the sunshine marked the second day of the Belgian’s United career that Pogba reckons may not have happened without him.

The Lukaku announcement on Monday was followed on Tuesday by the club naming Michael Carrick as their new captain following the departure of Wayne Rooney to Everton.

The 35-year-old said: “It feels great and it’s such a huge honour to captain such a great club.

“It’s my 12th year now and I came as a 25-year-old. I never thought I could be here for so long and achieve so much.

“Now, to lead the boys and look after the young boys, to guide them in some ways, it is a nice thing and a real pleasure.”

“I came to this club as a footballer and I am now a huge fan. I have grown to love the club over the years and to be in this position is very special for me.”

Pogba has taken a large chuck of credit for Lukaku’s arrival at Man United.

Premier League champions Chelsea believed the Belgian striker was on his way back to Stamford Bridge, having left the club for Everton in 2014.

The pair have been friends for years but now destiny has brought them together and they are looking forward to success at United.

MUTV asked Lukaku how big a role Pogba played in getting him to sign his five-year deal.

He replied: “It has been a big role. Of course he is one of my best friends and he is my neighbour as well. We are always together on a daily basis so he would explain to me how things were going.

Lukaku explained that the pair first became friends when he was at Chelsea and Pogba was at United.

The duo were watching the game from the stand at Stamford Bridge when they started chatting and exchanged numbers.

The pair have been on holiday in Los Angeles for the last two weeks of summer and Pogba posted a video of his excitement once the deal was finally announced.

After referring to himself as ‘Agent P’ United’s number 6 revealed that he had been lobbying the club to make a move for his friend.

Pogba said: “I mean, it was just luck that I was in Manchester United, but obviously for me, if I can push, I will push.