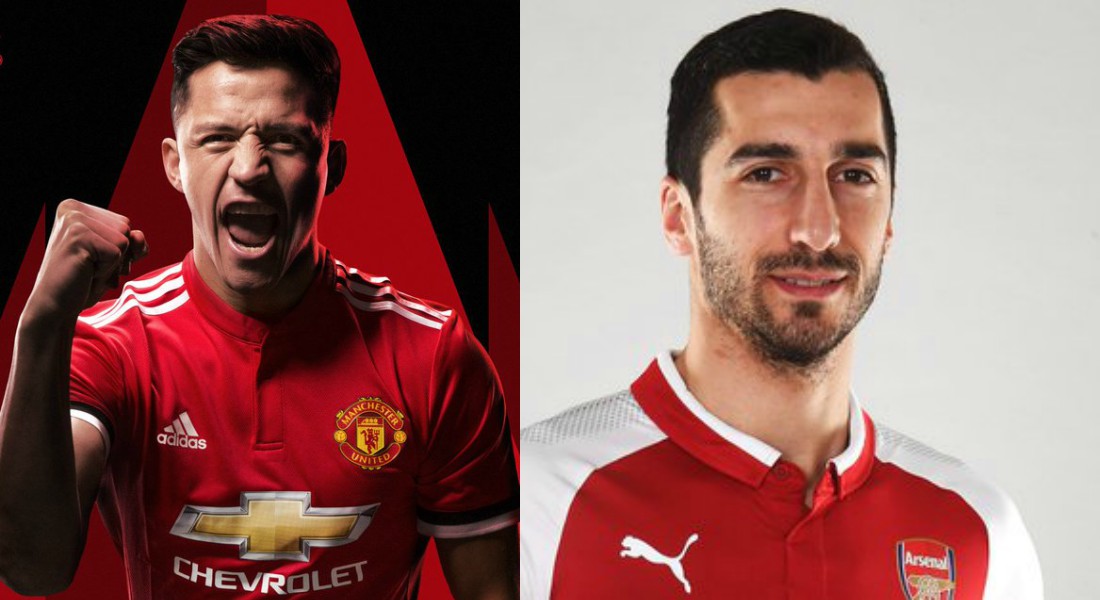 Manchester United have signed Alexis Sanchez from Arsenal in a deal that sees the Armenian midfielder Henrikh Mkhitaryan move in the opposite direction.

Chile forward Sanchez, 29, scored 80 goals in 166 appearances after joining the north London side from Barcelona in July 2014.  He was a member of two FA Cup-winning squads (2015 and 2017), scoring in both finals.    “I am thrilled to be joining the biggest club in the world,” said Sanchez. “The chance to play in this historic stadium and to work with Jose Mourinho was something I could not turn down. I am very proud to be the first Chilean player ever to play for United’s first team and I hope I can show our fans all around the world why the club wanted to bring me here.”

Manchester United manager Mourinho said: “Alexis is one of the best attacking players in the world and he will complete our very young and talented group of attacking players. He will bring his ambition, drive and personality, qualities that make a Manchester United player and a player that makes the team stronger and the supporters proud of their club dimension and prestige.

Sanchez has signed a four-and-a-half-year deal worth 14m pounds a year after tax.

Mkhitaryan, 29, moved to Old Trafford from Borussia Dortmund in the Bundesliga for 26.3m pounds in July 2016. He made 39 appearances for the Red Devils, scoring five times and was part of their UEFA Europa League winning squad last season.

“I’m very happy that we could finish this deal and I’m very happy to be here,” said Mkhitaryan. “It’s a dream come true because I’ve always dreamed of playing for Arsenal. Now that I’m here, I’ll do my best for this club to create history.”

Arsenal boss Arsene Wenger said: “Henrikh is a very complete player. He creates chances, he defends well, he can absorb distances and he’s very committed as well. I must say he’s a player who has all the attributes.”