The Frenchman took advantage of one of his side’s few chances in the game to assure a share of the points and see Real drop two vital points in the title race with FC Barcelona. 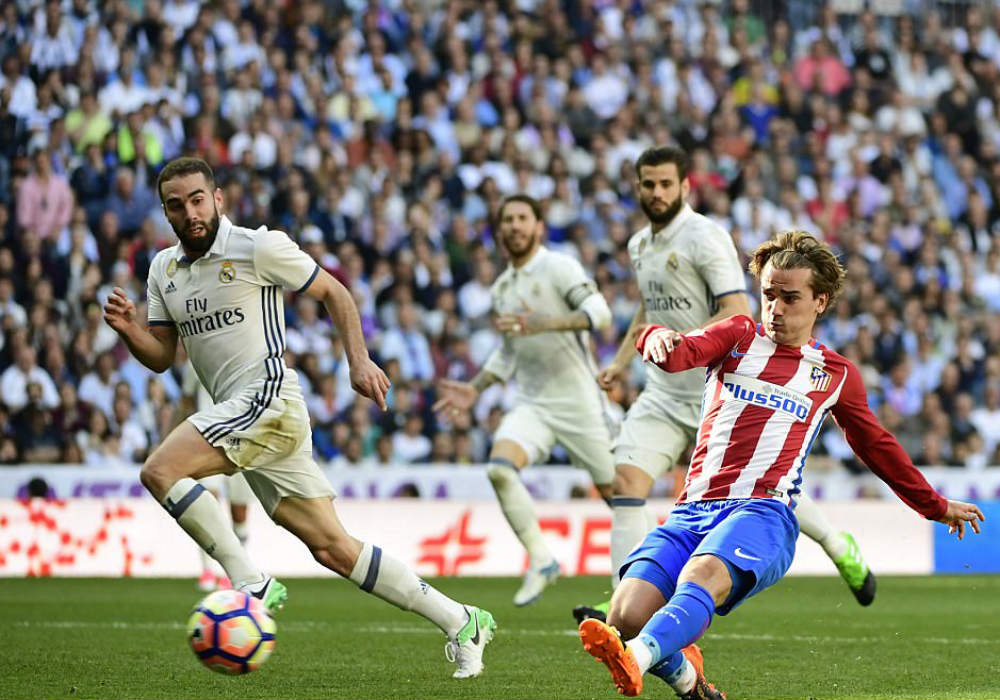 Real Madrid had dominated possession for most of the game and would have been out of sight but for three excellent saves from Atletico keeper, Jan Oblak, before their late lapse in concentration allowed Griezmann in behind the defense to beat Keylor Navas with a low shot.

The first half was an ugly affair littered with errors as the two neighbors sought to cancel each other out.

Nevertheless, Real, playing in front of a full house, gradually got on top and after Yannick Carrasco had flashed a low cross into the Real penalty area, Karim Benzema drew a save from Oblak, when he fired at the keeper to finish off a neat attacking move. 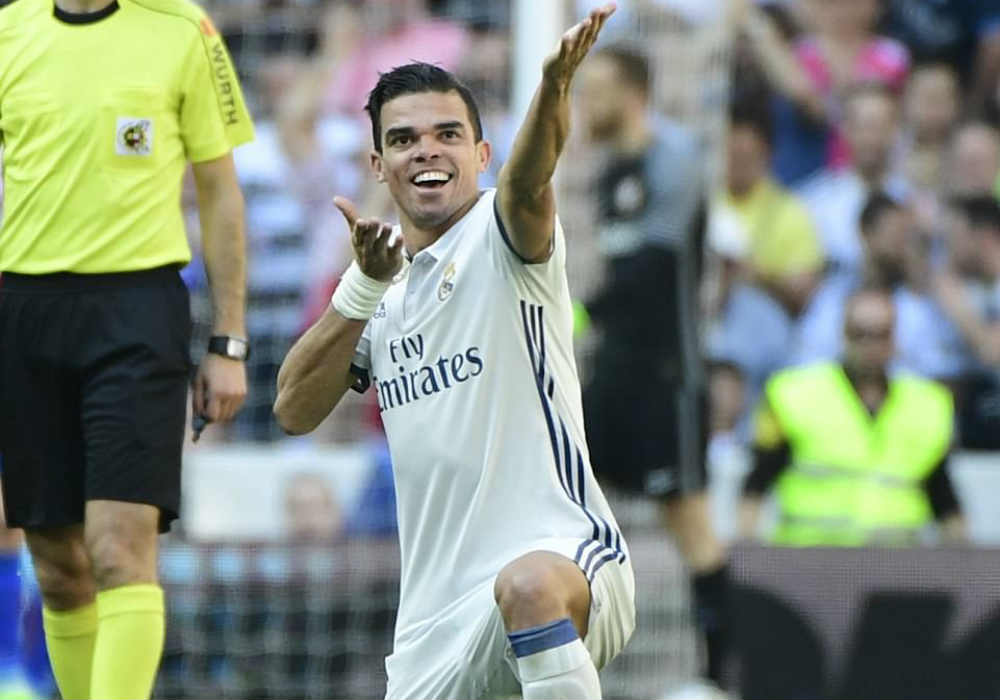 Oblak also got down on his near post to deny Cristiano Ronaldo and when he was beaten by Ronaldo in the 35th minute, Stefan Savic was on hand to clear off at the goal-line.

Griezmann drew a save from Navas before the end of the half, but it was clearly Real Madrid’s on points.

The second half started with Ronaldo heading wide, before Oblak was off his line to deny Benzema again, although he could do nothing to stop Pepe opening the scoring in the 53rd minute with a towering header following a free kick.

The defender was forced off injured shortly afterwards and Atletico could have equalized only for Navas to deny Fernando Torres, who should have scored when through on goal.

Real Madrid were generally in control, however and looked happy to move the ball around as Atletico searched in vain for a chance. It looked as if that chance was never going to come until Angel Correa slipped the ball to Griezmann and the French striker did the rest.