Are Arsenal Hoping They Can Tempt Alexis Sanchez To Stay With Christmas Presents For His Dogs? 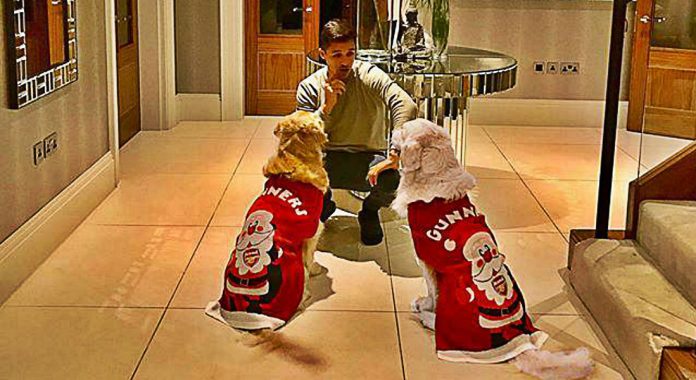 Arsenal are now playing the emotional card to tie down Alexis Sanchez at Arsenal.

The Gunners are capitalising upon Sanchez’s weak spot – his dogs – hoping that they will able to convince the former Barcelona star to sign a new contract at Arsenal.

Arsenal have included the Chilean’s dogs Atom and Humber on the club’s Christmas list this year and it is understood that this is a possible trick to win Sanchez’s heart.

We surprised @alexis_sanchez with a gift for Atom and Humber – Arsenal Christmas dog jumpers ? ??

The dogs featured on Sanchez’s Instagram story wearing their Christmas jumpers along with the caption – “Gunners”.

The Gunners fans are keeping their fingers crossed, hoping that this could be a hint that the Chilean has changed his mind, and will now sign a new deal to stay at the North London club for the long-term.

Arsenal have started selling their Christmas jumpers and 20 per cent of the revenue generated from this will go to charity Save the Children UK.

Majority of the Christmas jumpers have been made for the players and for fans, who can buy them. But they have also made two extra festive garments for Sanchez’s dogs.

Wenger is not willing to allow the Chilean to join a league rival, and is now planning his next move to keep the former Barca man at the Emirates.

FootTheBall understands that Arsenal need to shift their focus from Sanchez’s dogs and instead plan out something good if they really want to convince the Copa America winner to stay.