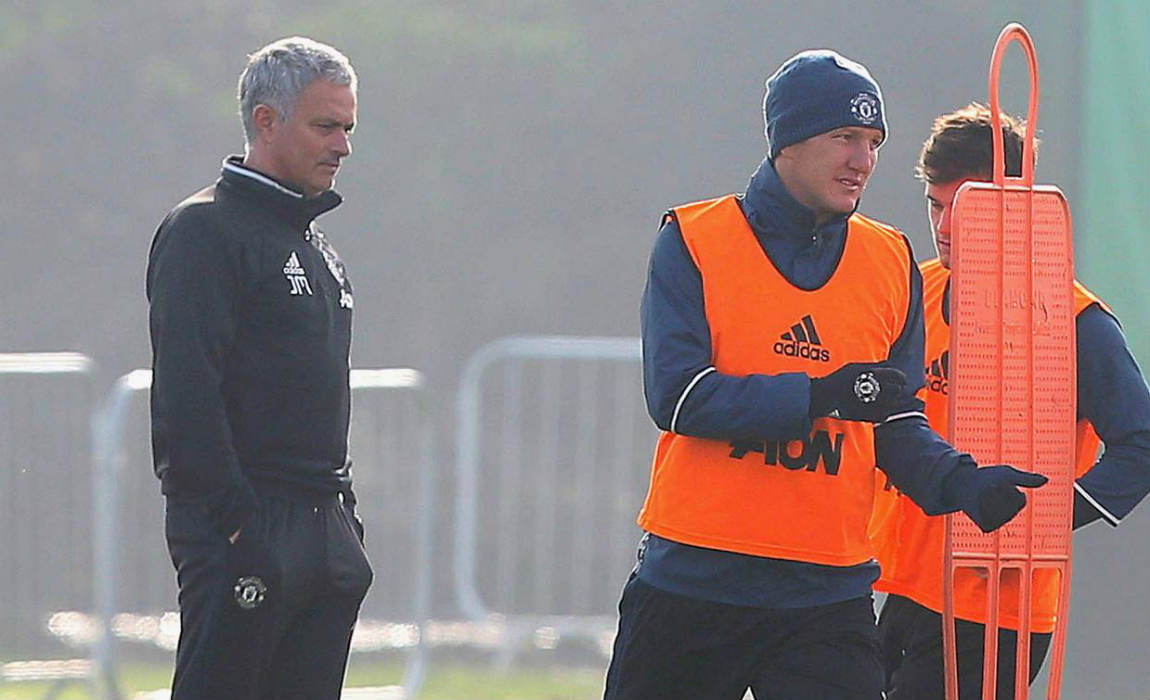 ‘It Felt Great’ – Schweinsteiger Reacts After Return To Senior-Team

Manchester United’s out-of-favour midfielder Bastian Schweinsteiger spoke about his return to training with the first-team squad.

Bastian was however delighted to be back training with first-team as he tweeted about his return to the Carrington training ground. 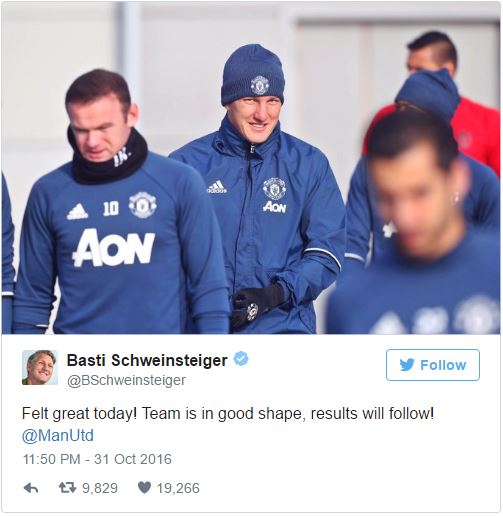