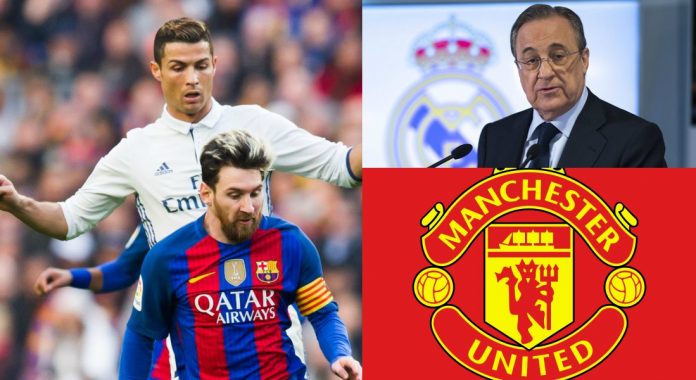 Messi and Ronaldo have dominated the footballing world over the past decade but while the two of them come face to face in the ‘El Clasico’, the Argentine magician revealed that they rarely speak and he doesn’t believe that there will be time for them to develop a friendly bond.

“I don’t know if we will be [friends in the future],” Messi told Marca.

“Friendship is built through spending time together and getting to know each other.”

Meanwhile, Real Madrid are desperate to revamp their squad and are now looking forward to raid Manchester United with a whooping £80million for Anthony Martial.

The Los Blancos have drawn huge criticism for not making a big name signing during the summer transfer winfdow with their European rivals all splurging huge cash to strengthen their squad.

Real Madrid had identified Kylian Mbapppe as one of their top transfer tragets during the summer but they lost out on the French wonder-kid, who joined Ligue 1 giants Paris Saint-Germain despite admitting that Los Blancos boss Zinedine Zidane has been his childhood idol.

On the contrary their arch rivals Barcelona spent a whooping £97million to rope in Dortmund winger Osumane Dembele, who is now the second most expensive player after Neymar, who moved on a world-record deal to PSG in the summer.

Real President wants to add more firepower up front and has been lineked with a host of names for next summer.

And according to the Sunday Mirror, Manchester United forward Anthony Martial is on his wish list.

The report also say that Zinedine Zidane believes that the 21-year-old French star has all the potential and attributes to be the future of Real Madrid.