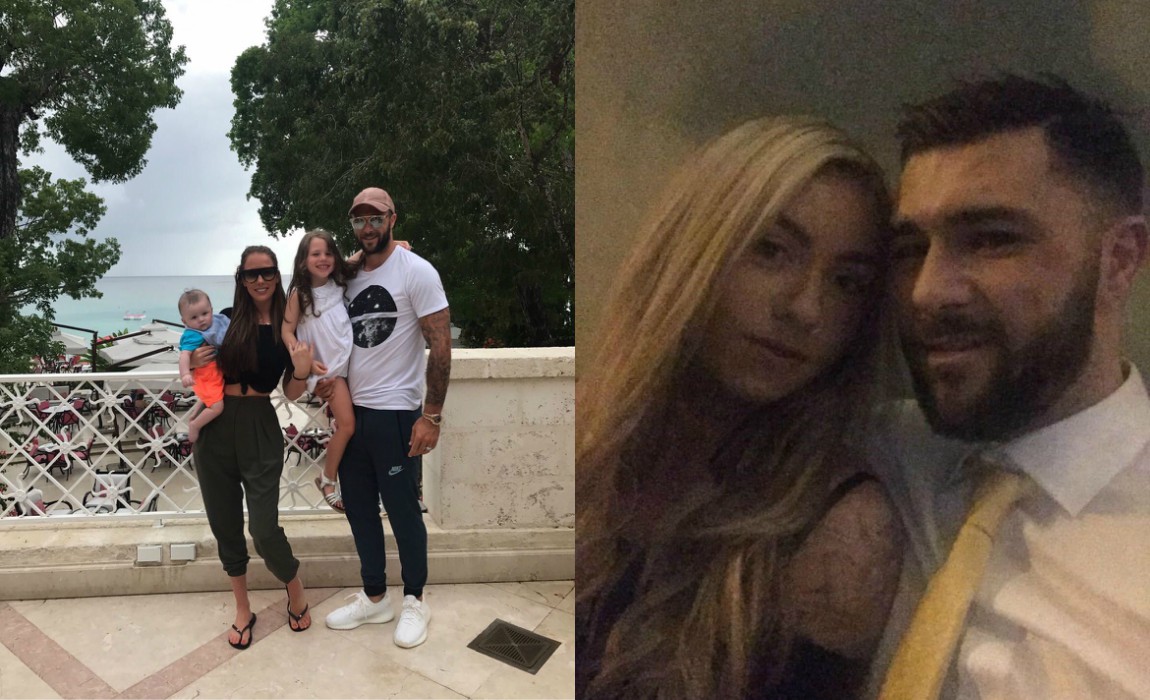 The Southampton star Charlie Austin has been involved in a two-month affair with a 22-year-old hairdresser and his wife accused him of cheating on twitter. 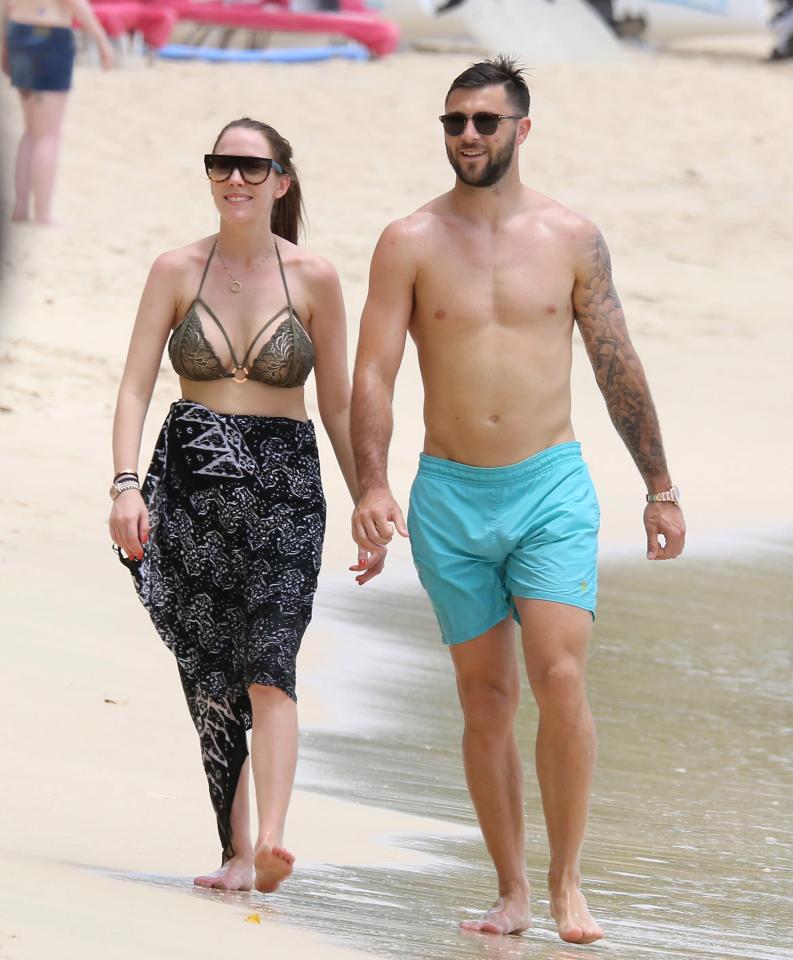 Charlie with his wife Bianca on holiday in Barbados.

The premier League striker’s wife Bianca accused him of cheating on twitter, but later said it was over a game of Monopoly and gave a nasty Facebook review. 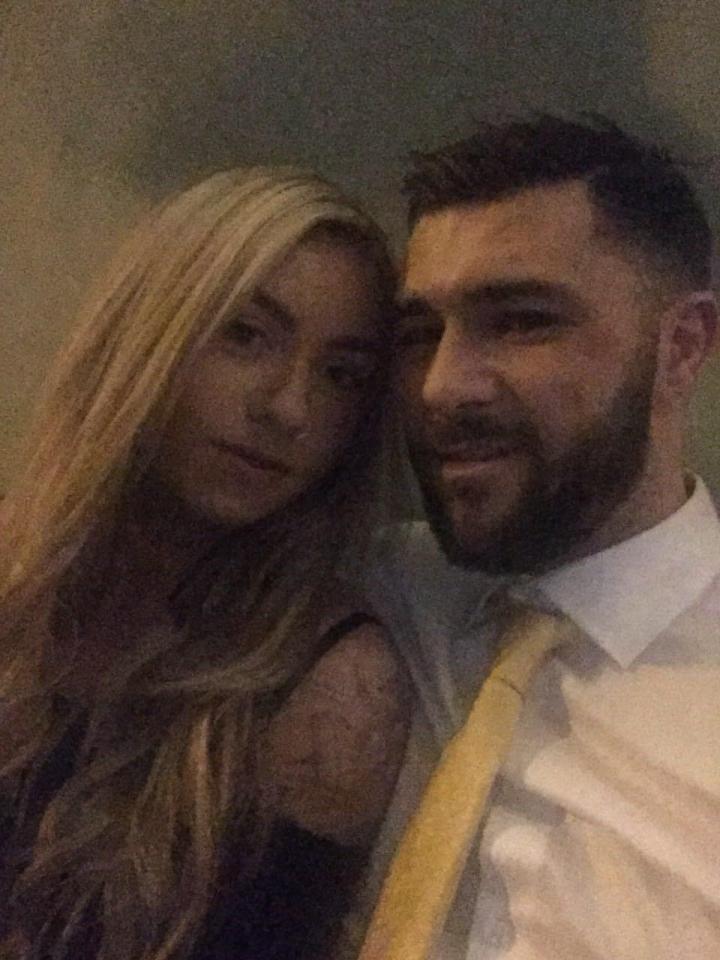 Hairdresser Rissy had a two-month relationship with Charlie. 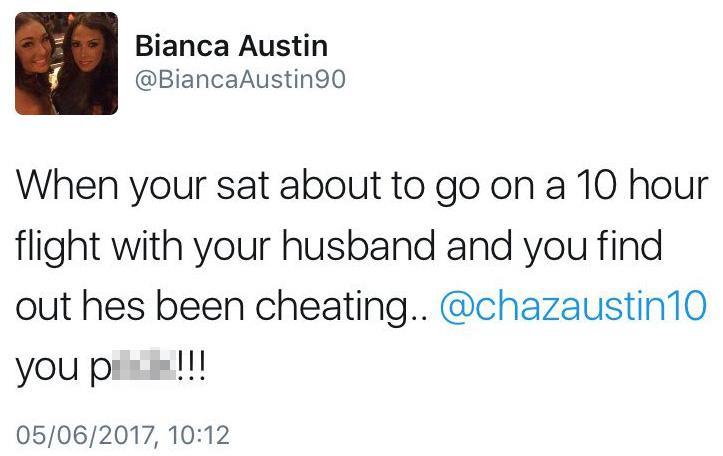 The 27-year-old married footballer had a relationship with Rissy Gannon after meeting her in February at a pub in Newbury, Berks.

Rissy’s friend said: “Charlie saw Rissy at the bar and asked her to come over. He asked for her number and then took all her friends on to a nightclub called Kukui. He was buying drinks all night — vodka, cider, cocktails. 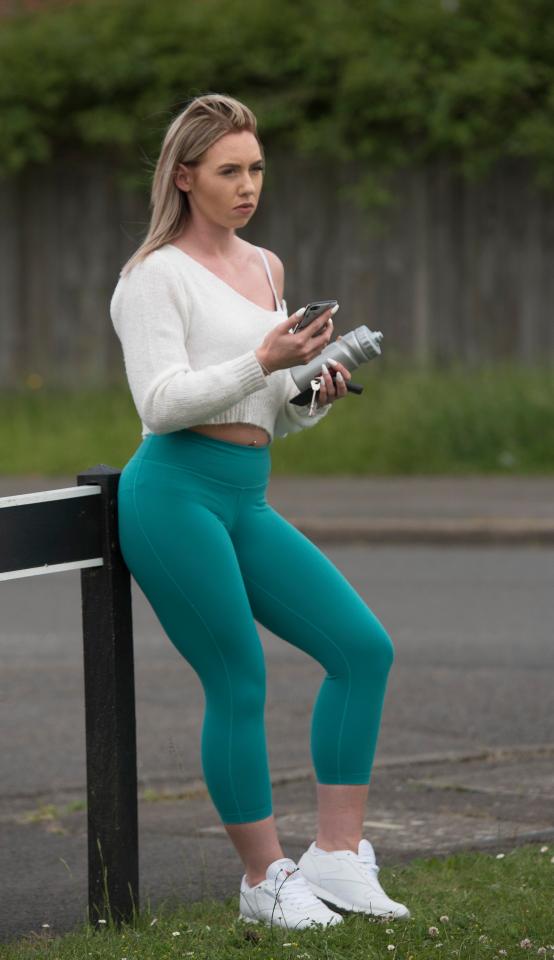 The footballer told Rissy he was planning to leave his 26-year-old wife.

“He was getting £50 notes out left, right and centre. They kissed. He wasn’t bothered about being seen.

“He didn’t give his name to start with, until someone asked to take a photo of him. Then somebody came up to Rissy and said that he was a ¬footballer and he was married.” 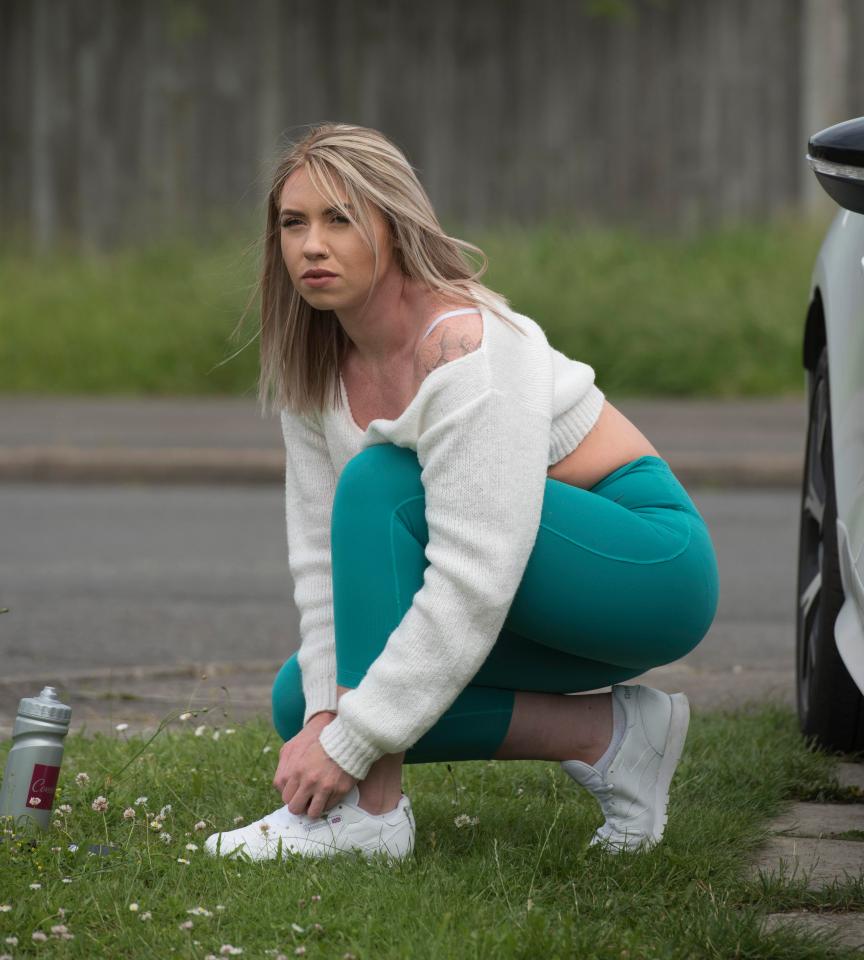 The 22-year-old met Austin in a pub in February earlier this year.

His wife gave a blazing customer review to the fitness fanatic hairdresser on Facebook and called her a “dirty slag.”

The friend added: “Charlie asked her to go home with him, but Rissy is not that kind of girl and went home with a friend that night.” 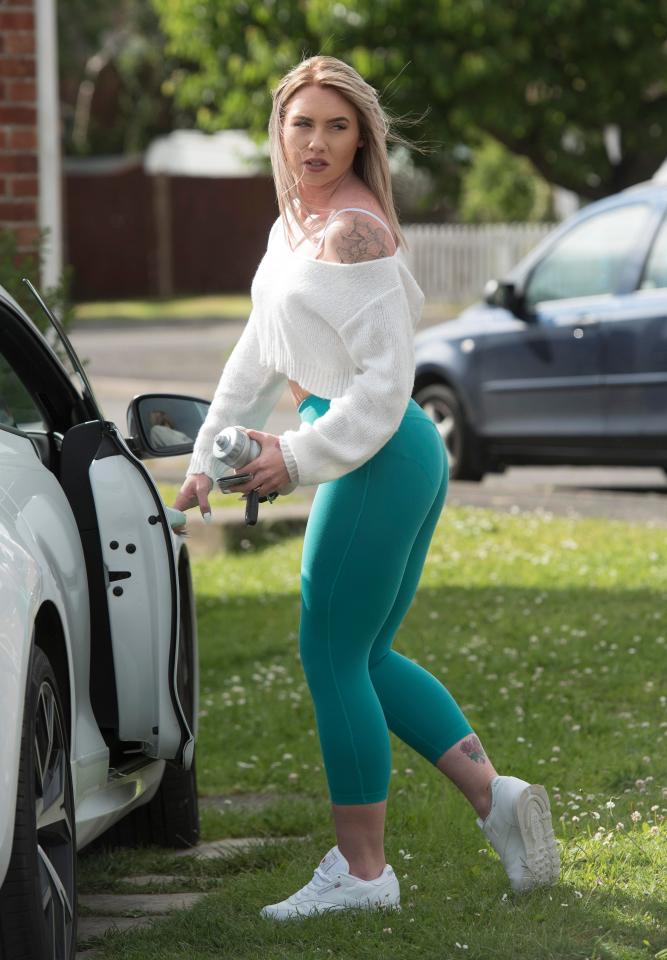 The footballer was said to have been constantly messaging her on the night they met.

“But by this point he already had her number. He tried ringing Rissy constantly throughout the night.”

“And he messaged her, saying something like, ‘Come and see me tomorrow — I’d really like to see you’.” 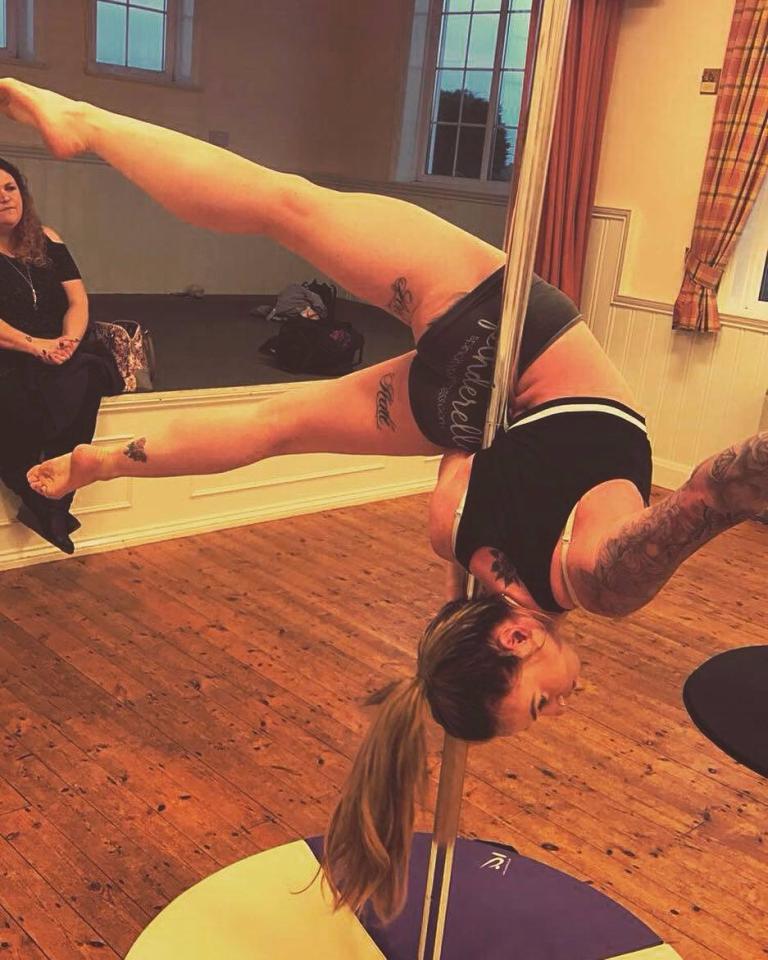 Rissy’s friend added: “He called again the next day, but she already had plans. She had half a dozen WhatsApp messages and ten missed calls from him. She didn’t particularly want to see him again, but was telling friends she found him attractive. 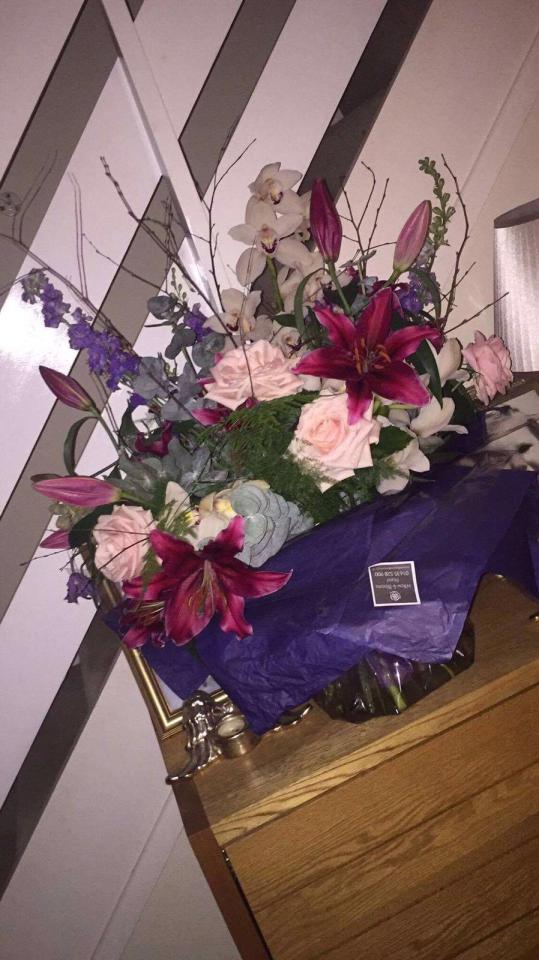 A bouquet of flowers Charlie is said to have sent Rissy.

It is also being said that Charlie sent a bouquet of flowers to Rissy after meeting her.
About three weeks later she was in Newcastle and got a text from a friend who is best friends with Charlie’s cousin.

“Charlie got in contact with his cousin to try and get hold of her to tell her he was obsessed and wanted to see her again and hadn’t been able to get her out of his head. He was quite smart not to contact her directly. 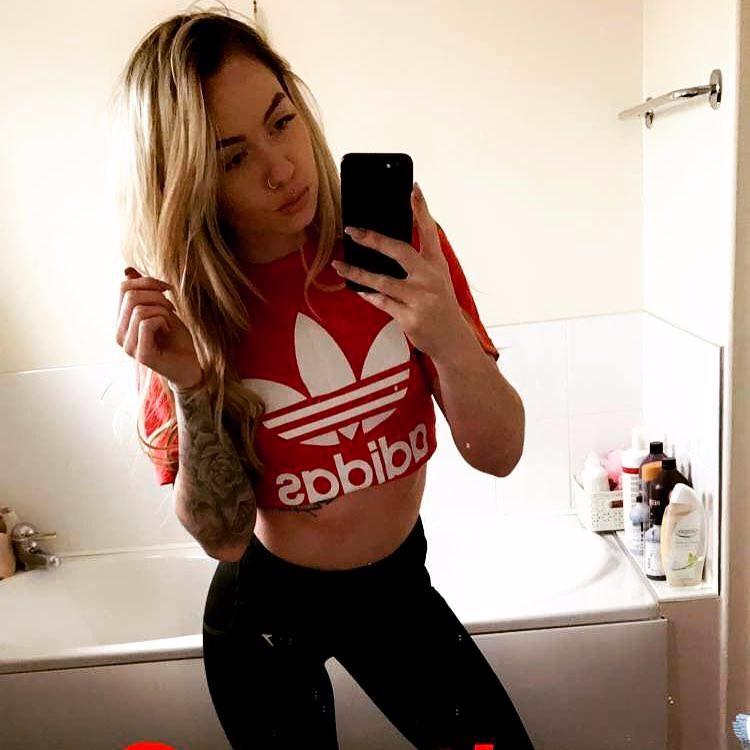 The footballer told Rissy he was planning to leave his 26-year-old wife.

“Rissy got a phone call about a week later asking her to go to Cheltenham. He rang from someone else’s phone. She went with her sister. It was the first time she’d seen him in weeks. They picked up where they left off — he was all over her.

“She left early because she was working the next day.” 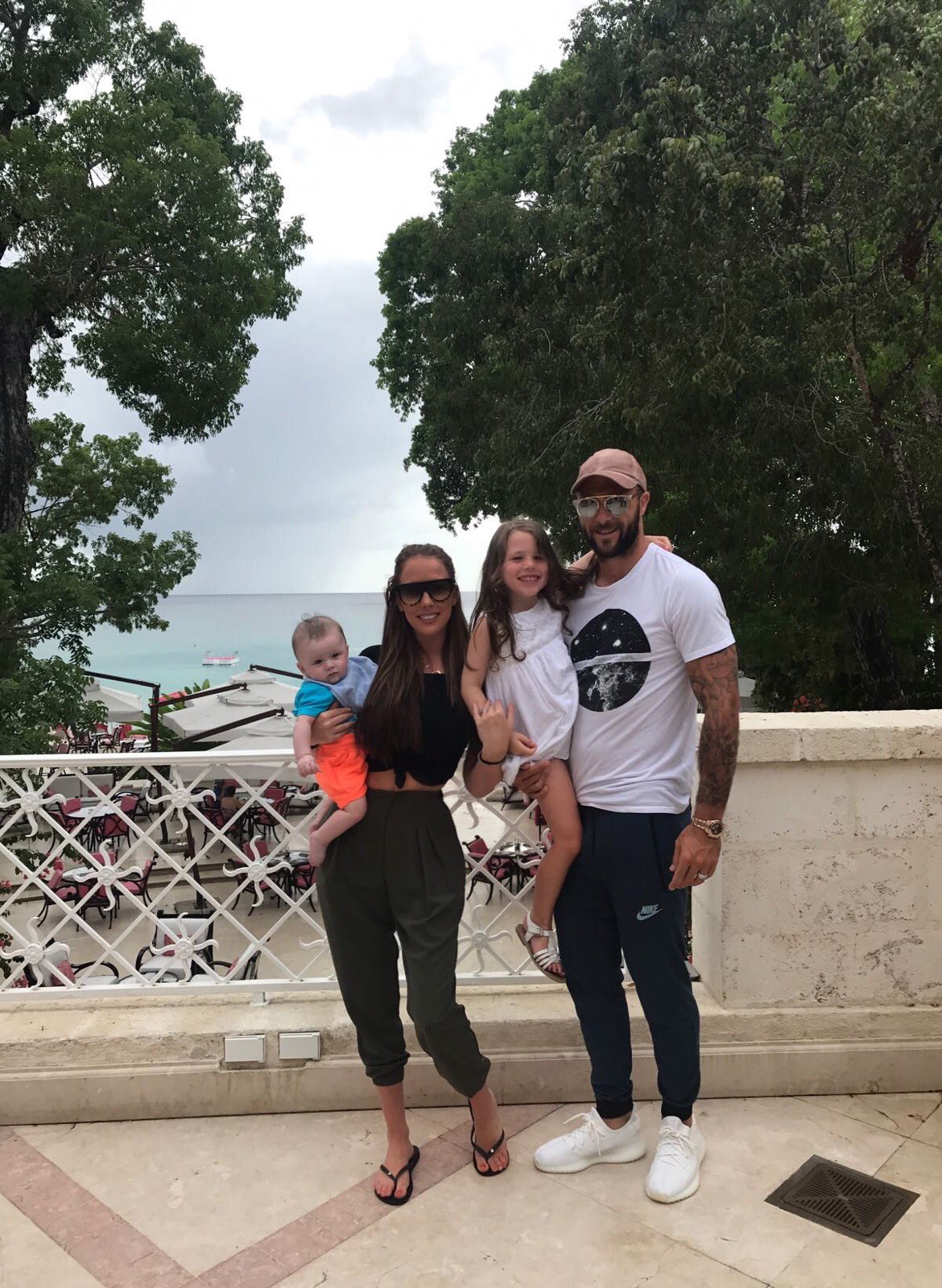 As their relationship grew, Charlie flew to Dubai with wife Bianca and their kids.
Her pal said: “He told her he couldn’t contact her, so asked her to up¬da¬te him on Twitter so he knew what she was doing.

“It was a bit weird, but he said she didn’t post enough. He said the trip with Bianca was booked before he met her and he had to go on it.

“But he said that, as soon as he was back, he was leaving her. The day after he got back he sent flowers to Rissy.

“He signed the note from ‘You know who’.She then got the impression he had broken up with Bianca.”

They revealed: “He asked her to come to Southampton with him.” 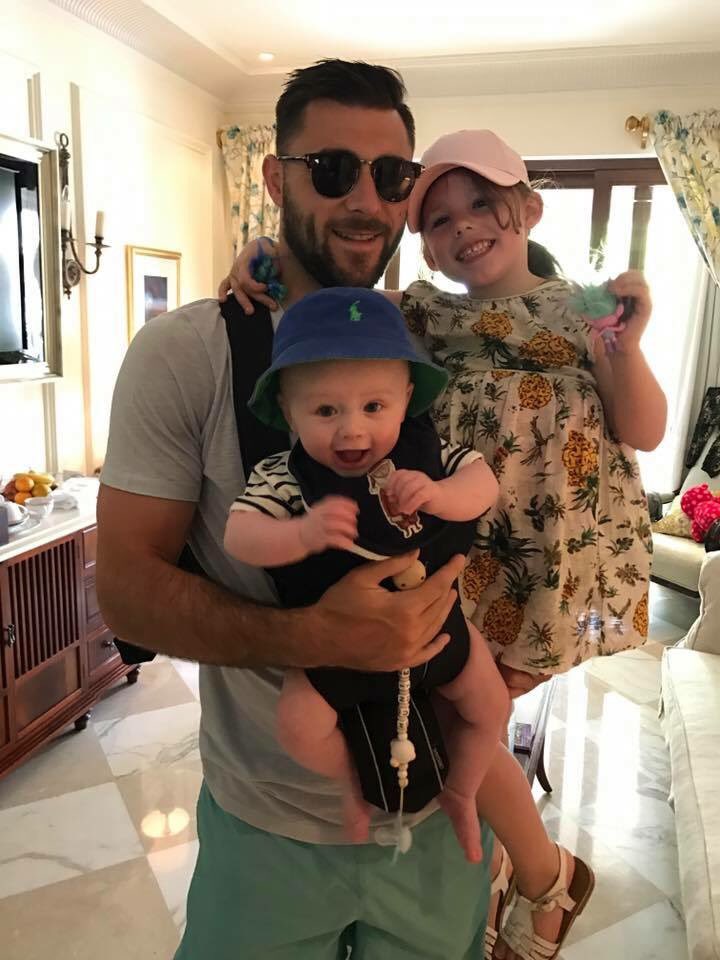 The dad of two and Bianca have been together for nine years.

“They went to the casino with some of his team-mates like Nathan Redmond and stayed until about 2am — but Rissy was back home in the early hours. He wanted her to stay.

“After that, he called her on the Saturday on a different number. He got a new phone so he could contact her on a regular basis.

“He tried calling her, but Rissy did not answer. He then came to her home in Thatcham.
“He’d picked up his new Aston Martin. He stayed there for four or five hours that day. More happened than just kissing.”

The pal added: “Charlie kept saying to Rissy, ‘I’m going to leave Bianca for you’. She told him she wasn’t going to commit to anything until he had.

“He told her he was staying with his team-mate Jack Stephens and then with his mum. But she was told by a friend of hers that he’d got back with his wife. He lied to her.”

The friend added: “She was asking Rissy loads of questions like, ‘Have you only met him once’? She defended him and said, ‘Yeah it was only the once’. But he then threw her under the bus and said it was more than that.

“She then sent her some crazy, abusive messages. She had messages on Facebook, Instagram and WhatsApp saying something like, ‘What makes you think its acceptable to f**k my drunk husband’?

“Someone had seen them together in the club and contacted her. Rissy didn’t respond. Because she blocked her, Bianca couldn’t contact Rissy.

“She was threatening to come to her work. About two days later she wrote a vile message on Rissy’s business Facebook, calling her a slag and falsely saying she had a STI.”

Bianca wrote in her customer review: “She was meant to do my hair a year back but I ended up not going. A year on I’m glad I didn’t go as I’ve now come to know the sort of person she is.

“She is the sort of person who drives miles across the country for an easy lay behind wives’ backs when their husbands are away for the night.

“So Rissy gets no stars on personal character, but five stars for being a complete dirty slag.”