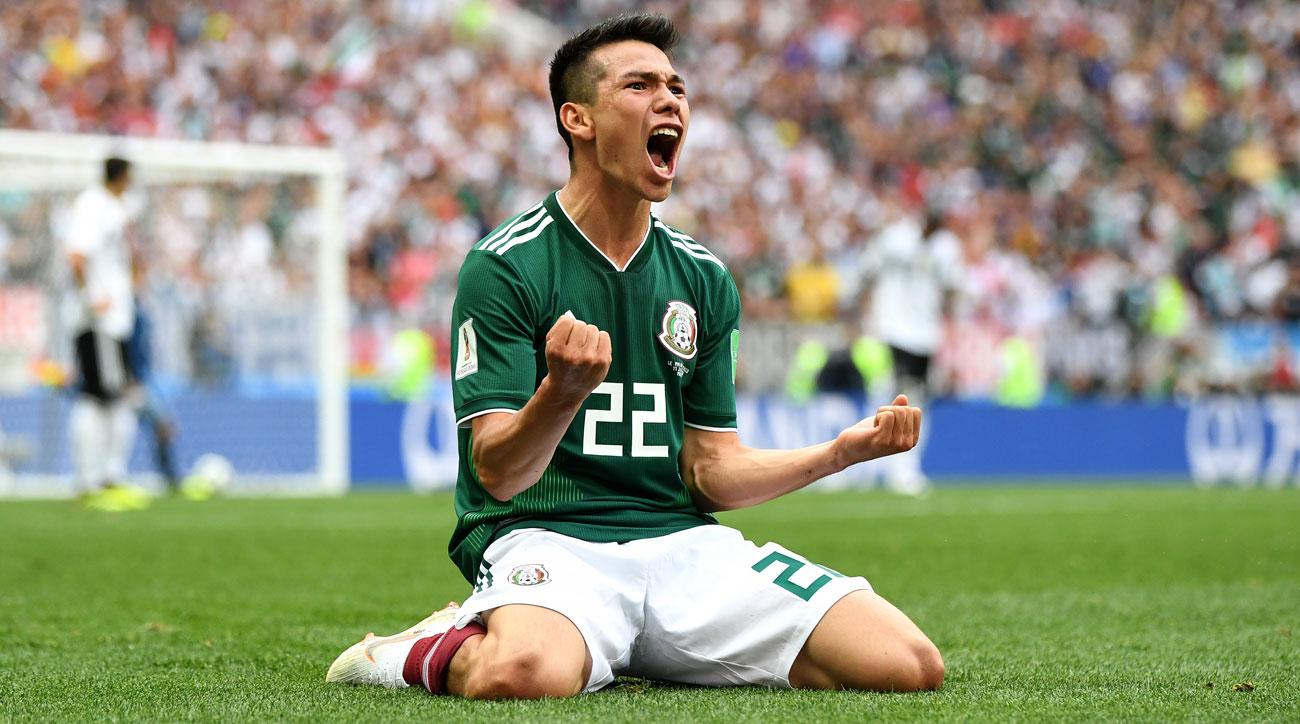 A first-half goal from Hirving Lozano fired Mexico to a 1-0 victory over defending champions Germany in their World Cup Group F match here on Sunday.

The majority of the 80,000 fans at the Luzhniki Stadium were Mexicans and Lozano induced a deafening roar when he ran onto a Javier Hernandez pass before cutting inside and firing a low shot past Manuel Neuer.

Germany had several chances to equalize late in the match; their best chance coming when substitute Julian Brandt sent a long-range effort onto the outside of the post.

The result continues a trend of defending World Cup champions struggling in their first match of the tournament. Brazil’s 1-0 victory over Croatia in 2006 was the last time the title holders won their opener.

Joachim Low’s team are also hoping to avoid becoming the third consecutive reigning champions to exit before the knockout phase.

Both sides created several chances in an entertaining first half, but Mexico looked more lethal against an uncharacteristically disorganized German defence.

Low’s side started the match with Marvin Plattenhardt at left-back, taking the place of Jonas Hector, who was left out with the flu.

It took less than two minutes for Mexico to signal their attacking intent and Lozano should have done better when he blazed over with only the goalkeeper to beat after being played in by Carlos Vela.

Germany pressed high in an effort to unsettle El Tri in their own half. The move brought mixed results, often leaving the Europeans exposed on the counter-attack.

It was not all one-way traffic and Timo Werner had two half chances in the first half-hour: first pushing a shot narrowly wide and then controlling a high ball before turning and releasing a tame shot that was easily saved by Guillermo Ochoa.

Carlos Salcedo almost gifted the Europeans the lead when he clumsily flung his left foot at a Joshua Kimmich cross, with the deflection rolling just wide of the post.

But Mexico continued to look dangerous going forward, with Vela in particular finding pockets of space.

Lozano put El Tri ahead in the 35th minute following a combination of slick passes and a deft through ball from Hernandez.

Germany’s best chance came shortly after when Toni Kroos hit the crossbar with a free-kick after Kimmich was scythed down on the edge of the box. Replays showed that goalkeeper Ochoa may have made contact with his fingertips to keep the ball out.

Mexico’s plans to sit back and defend their lead were made plainly clear when Edson Alvarez replaced Vela just before the hour mark.

Low responded by bringing on Borussia Dortmund forward Marco Reus for Sami Khedira as he tried to find another route to goal.

Germany pushed forward at every opportunity; Draxler had a shot deflected behind and Werner struck a volley that few over the bar as Mexico’s defence was pushed further back.

Mexico appeared unlucky not be awarded a penalty when Mats Hummels brought down Hernandez. Layun also had two more chances, first blazing over and then hooking an attempt wide in a one-on-on with Neuer.

El Tri stood firm as Germany peppered Ochoa’s goal in the final minutes, with Brandt coming closest when he rifled a first-time shot against the post.