This summer’s Copa America will bring together some of the beautiful game’s most talented football players to Argentina and Colombia as they all battle it out for the right to be recognised as the champions of South America.Some young star players will also be hoping that they can make a difference for the team at Copa America 2021.

As such, everyone’s eyes will be on the likes of Lionel Messi, Neymar, Luis Suarez, Edinson Cavani and Arturo Vidal. But amidst all these household names, one might overlook the plethora of young talent that will be on display in this year’s Copa America tournament.

The 20-year old Brazilian started his football journey at Flamengo in his hometown of Sao Goncalo. He made his debut for Flamengo on May 13, 2017 in a 1-1 draw with Atletico Mineiro and just two days later signed a contract renewal that was seen as a part of his transfer to Real Madrid the following summer. 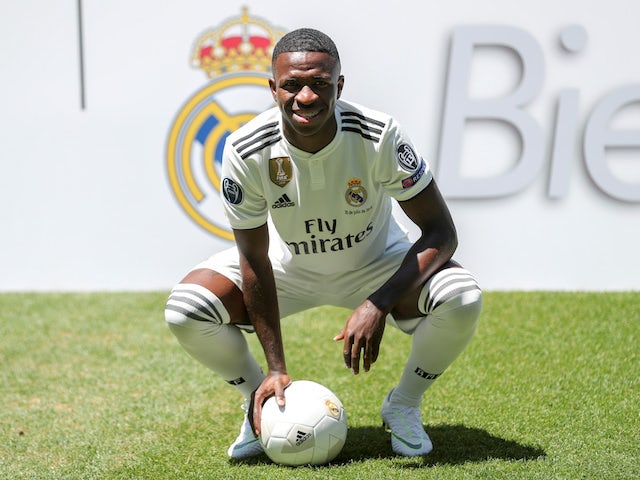 Since his transfer to Los Blancos in 2018, he has gone on to become a key part of Zinedine Zidane’s side in all competitions. He even scored a goal in the famed El Clasico in the 2019-20 season and will be hoping to shine for the Selecao this summer.

Another Brazilian youngster waiting in the wings is Vinicius’ teammate at both club and country level Rodrygo. The Brazilian has followed a career trajectory similar to Neymar’s – he was like the PSG talisman a Santos player in Brazil, before earning a move to Spain two years ago.

On September 25 2019, a then 18-year old Rodrygo made his debut for Real Madrid in a match with Osasuna and scored a goal within a minute for Los Blancos.

Last season, he also scored a perfect hat-trick in the Champions League along with laying an assist in a group stage match with Galatasaray.

The 22-year old Uruguayan will be hoping to partner Atletico Madrid centre-back Jose Maria Gimenez for La Celeste this summer in Argentina. Araujo signed for Spanish giants Barcelona in the summer of 2018 and initially featured for the reserve team of the Catalans.

But he gained a promotion to the first team on 6th October 2019, coming on for Jean-Claire Todibo before being sent off for a cynical tackle on Chicharito in the 86th minute.

This season he has featured alongside Pique and Lenglet as part of Koeman’s back three, but Barcelona have been dreadful at defending – not because of Araujo in particular.

Until now, he has only made a solitary appearance for La Celeste’s first team, but given his regular selection at Barcelona by Koeman he will be playing a pivotal role for Uruguay this summer

Cometh the hour, cometh the man. Atletico needed an equaliser urgently against Osasuna and up stepped the Brazilian to deliver for the La Liga leaders. The left-back fired one in from the left flank to keep Atletico’s hopes alive at a time when the title seemed to be slipping from their grasp. 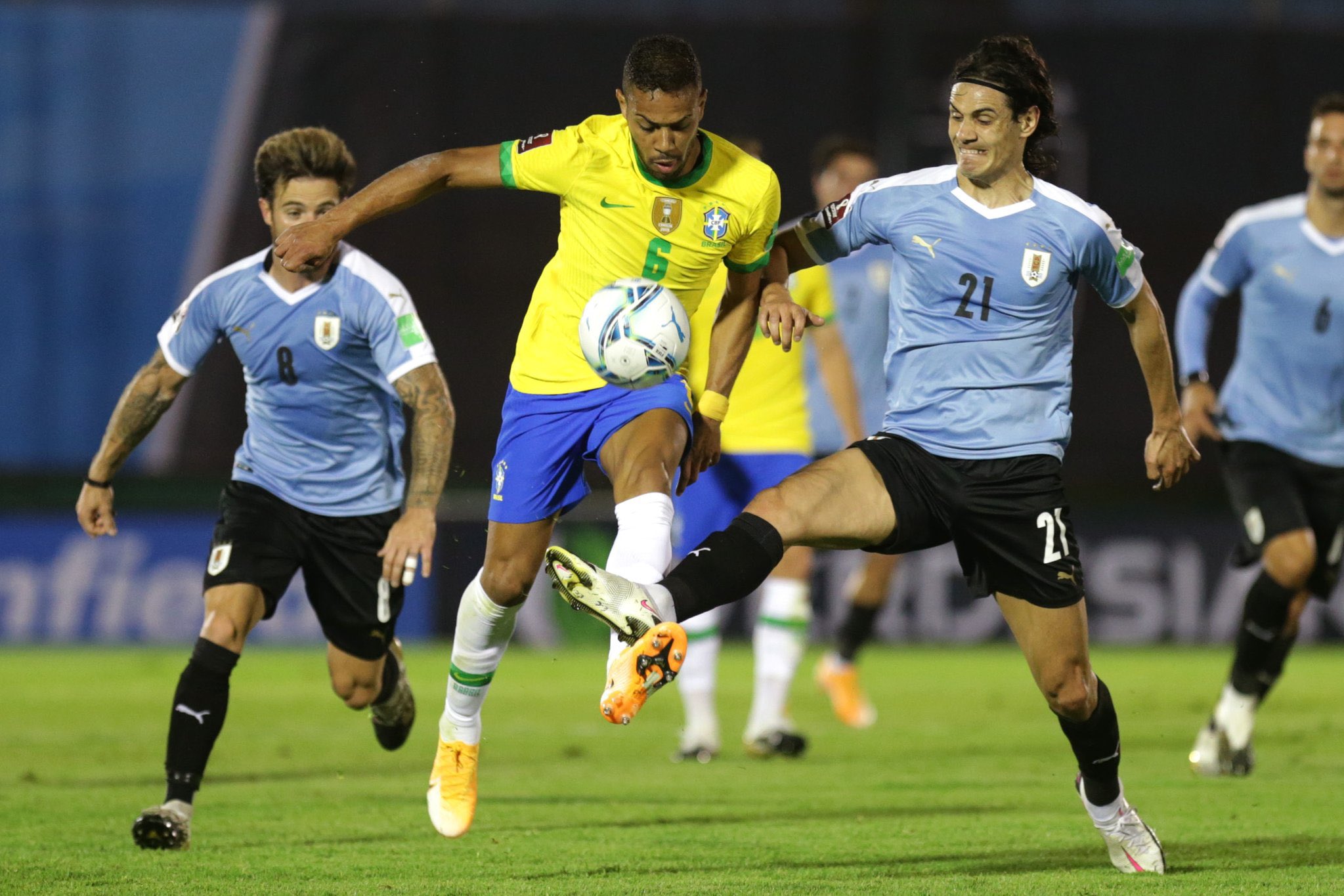 Even though he has been in the starting line-up for Diego Simeone for less than a third of Atletico’s games this season, the Brazilian has managed to score one and create two other goals for Los Rojiblancos.

Initially, misunderstood to be former Barcelona manager Ernesto Valverde’s son, the Uruguayan has gone on to make a name for himself in Spain and Europe as one of the most promising talents in football.

Although still 22 years of age, the Uruguayan already has one La Liga title and one Spanish Super Cup to his name. 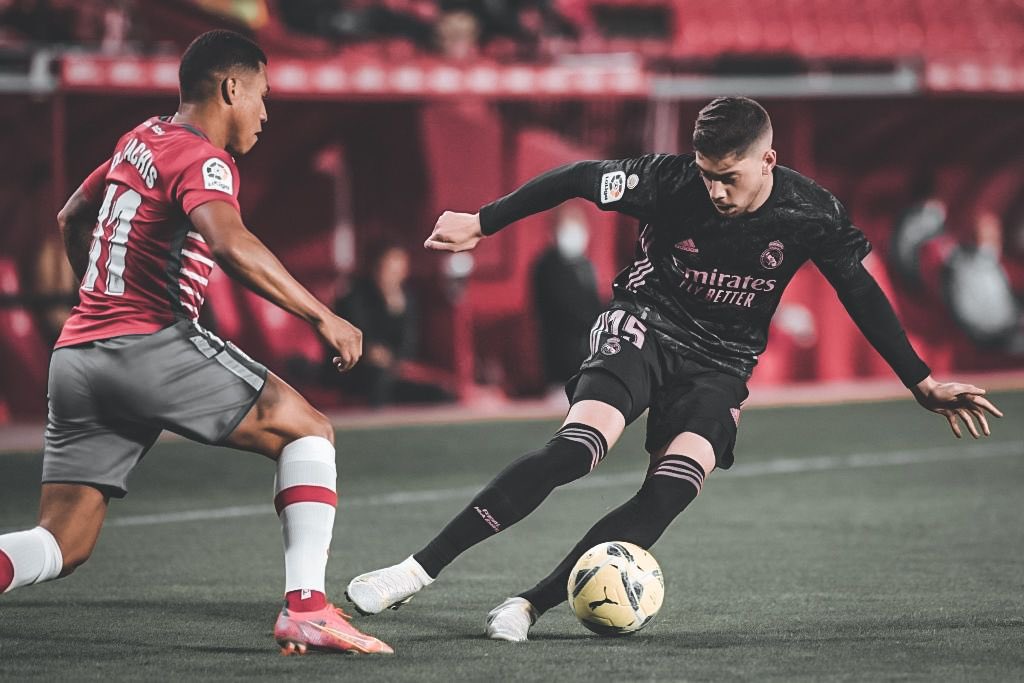 This summer expect the Real Madrid player to feature for La Celeste in the middle of the park and pull the strings to assist veterans Edinson Cavani and Luis Suarez upfront. He has scored three goals in La Liga this season and has assisted one goal for Los Blancos.

Another Uruguayan on the list who has impressed for Portuguese club Benfica this season and will most likely be used as a deputy to both Edinson Cavani and Luis Suarez is Darwin Nunez.

Benfica finished in third place in the Primeira Liga this season, earning 73 points while scoring 66 goals in total (the second-highest in the league). 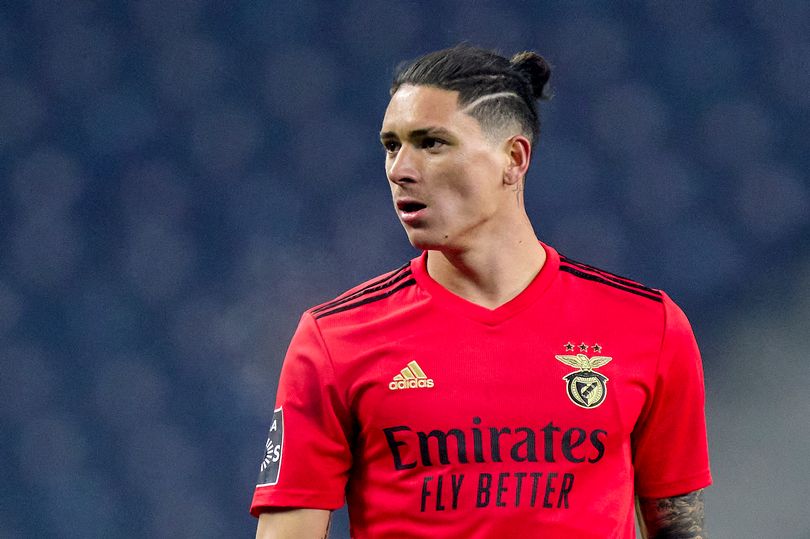 Darwin Nunez has been used sparingly by Jorge Jesus this season. Nunez has nevertheless scored six goals and set up a further nine in the Portuguese first division. In the Europa League too the Uruguayan has been involved in six goals in seven matches (5 goals, 1 assist) for the Eagles

Steven Gerrard’s Rangers this season finished top of the Scottish Premiership, earning a whopping 102 points as they cruised towards victory without recording even a single defeat in the league across the entire length of the campaign.

Colombian forward Alfredo Morelos has been a vital cog in Gerrard’s side, making appearances from the bench at vital moments for Rangers.

He scored 12 goals in the Scottish first division and created another four goals. In the Europa League too, he was on the scoresheet for the Light Blues five times this season. The young star will be expected to make appearances for Los Cafeteros from the bench at Copa America 2021.

Rodrigo Bentancur signed for Juventus four years ago in July and since then has gone on to become a key part of the Old Lady’s team set-up.

A product of the Boca Juniors youth academy in Argentina, the 23-year old Uruguayan has won the Serie A title with Juventus on three occasions, the Italian Cup once and the Italian Super Cup twice over the span of four years. 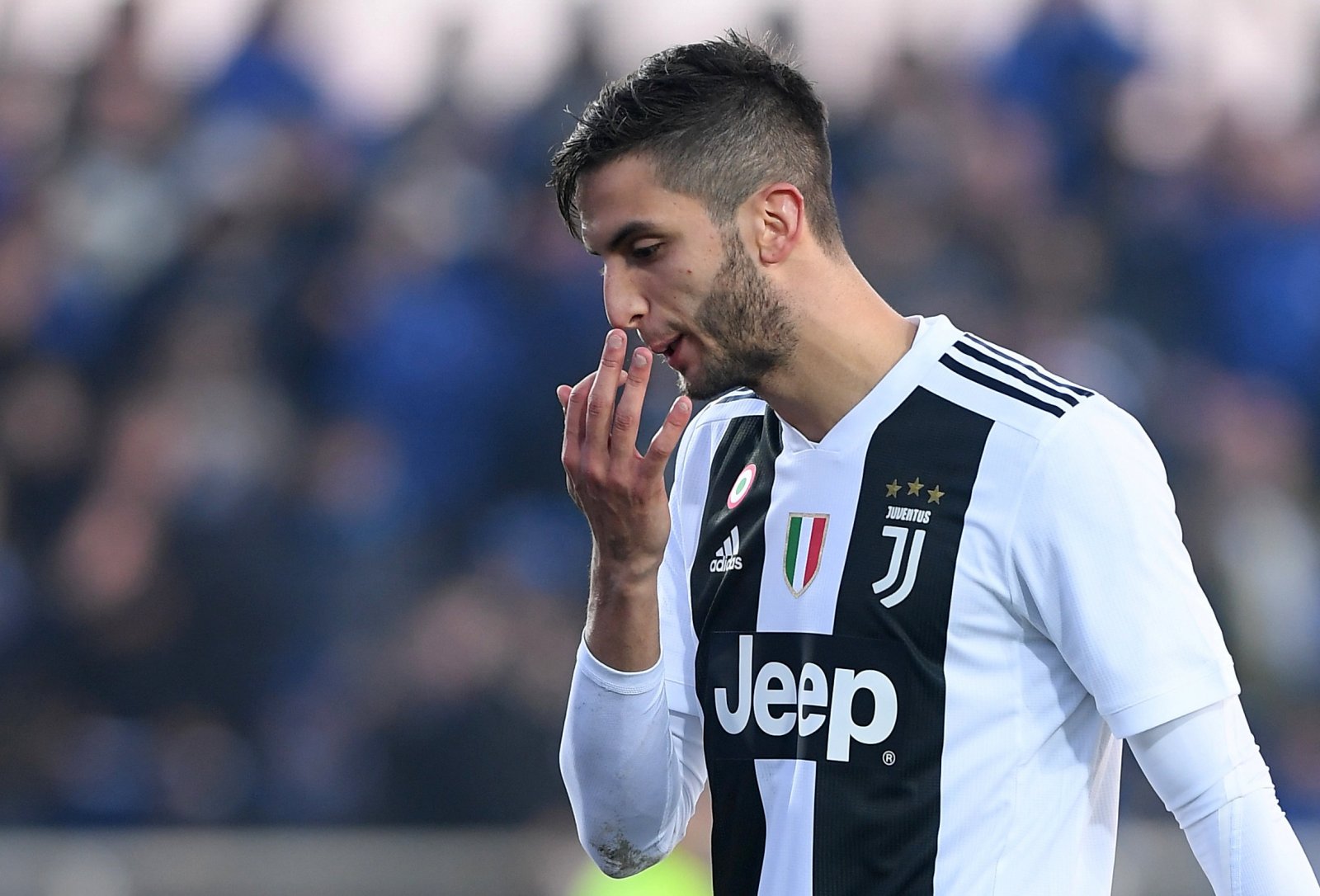 This season though, Juventus have faltered in the league and face the prospect of playing in the Europa League next season. Bentancur has been utilised by Pirlo in Turin on a rather regular basis and the midfielder has recorded four assists for the Vecchia Signora this season. Uruguay would be hoping that the young star Bentancur can show similar form at Copa America 2021.

Militao has deputised in Real Madrid’s defence in the latter half of this season for veteran Sergio Ramos after the Real Madrid captain sustained an injury.

Militao’s most impressive performance came in the Champions League quarter-finals with Liverpool as he only let in one goal across 180 minutes spread evenly between the Alfredo Di Stefano Stadium and Anfield. 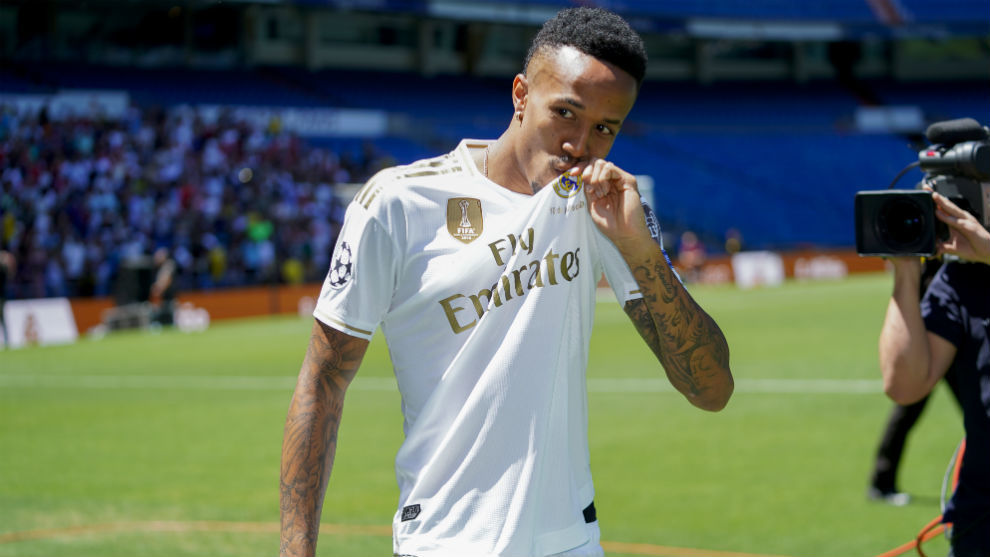 He has already made his mark for Los Blancos, but this summer will be restricted to appearances from the bench as seasoned defensive duo Thiago Silva and Marquinhos will feature in the heart of defence for the Selecao.

Nevertheless, the former Porto star player can help out in carrying out defensive duties as and when needed at the 2021 Copa America

Douglas Luiz came to the Premier League when he was merely 19 years old when he signed for Manchester City. The defensive midfielder put pen on paper on a contract for Aston Villa in July 2019 and scored his first goal for the Villans in a match with AFC Bournemouth last season, and since then has gone on to score a couple of more goals for the Lions.

He has cemented his place in the starting line-up for Aston Villa ever since making the switch from Manchester. 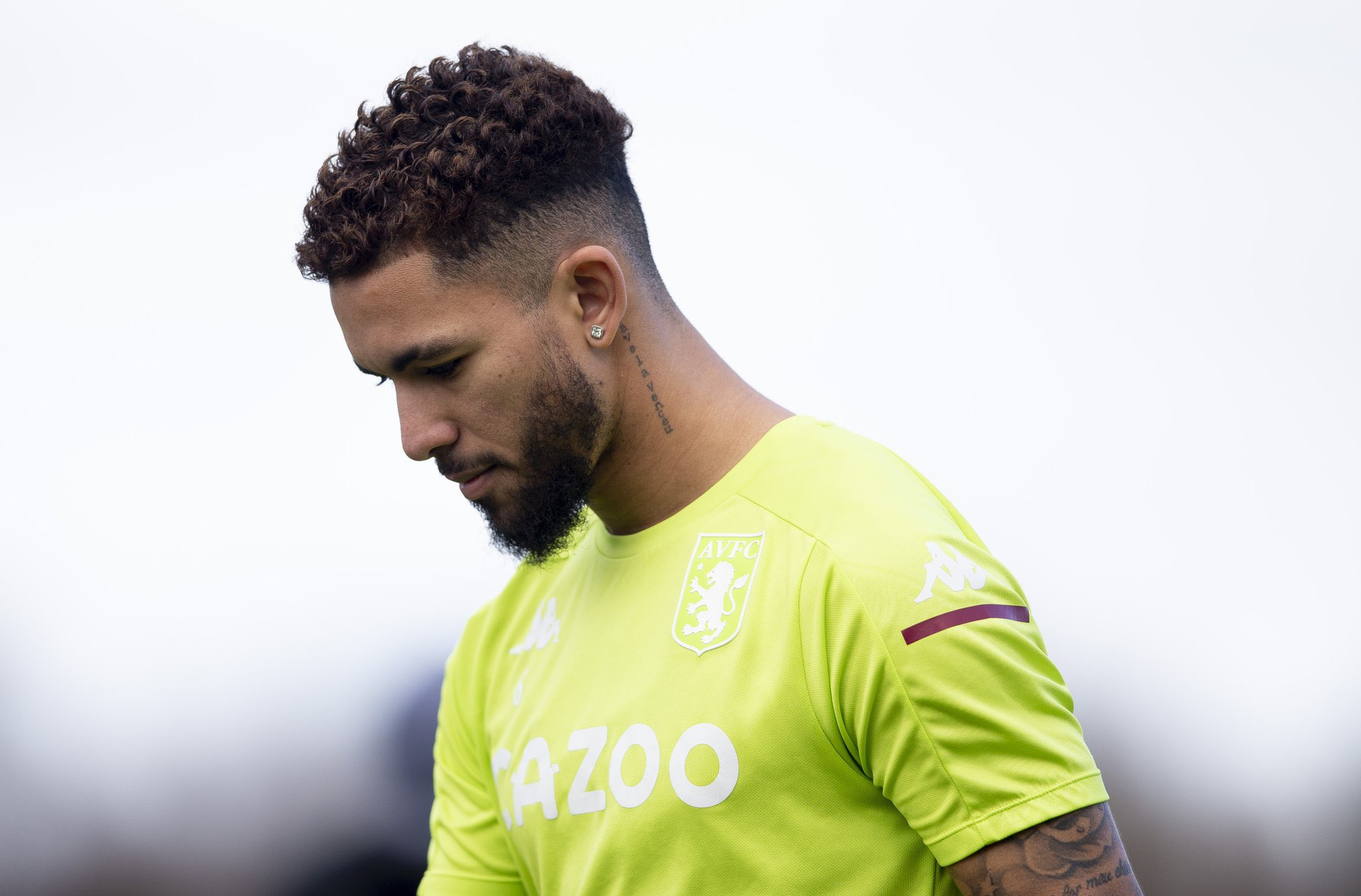 This season he has created two goals in the Premier League and one goal in the League Cup for the Villans, but will be expected to start on the bench for the Selecao given the presence of other household names on the teamsheet of Tite this summer.

Notwithstanding this, look out for the 23-year old in the Brazil squad this summer as he hopes to impress at one of the grandest stages in world football