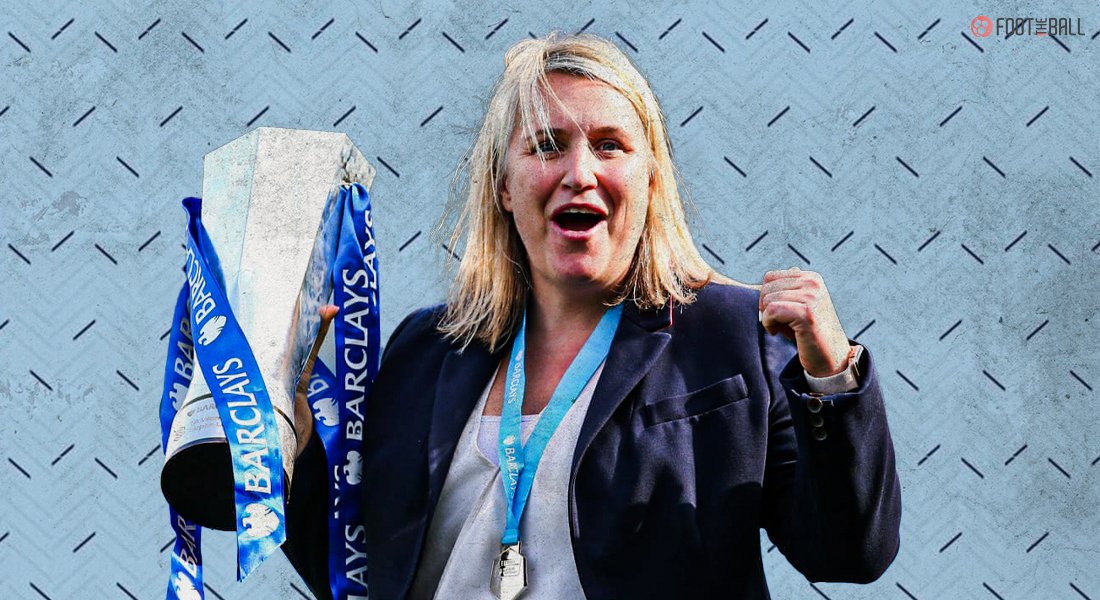 For the first time in football’s rich history, the men and women’s team of the same club have found themselves playing in the Champions League final. Thomas Tuchel and Emma Hayes have both guided their teams to the final of Europe’s biggest competition.

The Blues have transformed themselves playing under Thomas Tuchel beating the likes of Atletico and Real Madrid on their way to Porto. But even if they manage to lift the silverware beating Manchester City, Chelsea’s women team might overshadow Tuchel’s squad.

Chelsea FC Women marched into their first Women’s Champions League where they will be up against one of the best teams in Europe, F.C Barcelona Women.

The Blues managed to lift another WSL title as they were awarded champions of the land a few weeks back. Since Hayes’ Appointment, Chelsea has been a more dominant club than their men’s team.

Emma Hayes was appointed the manager of Chelsea’s women’s squad in 2012. According to many pundits, the girls lacked confidence, there was no unity in the team and a change in the system could be the only option. But Hayes pieces by pieces tried to solve every challenge they faced in building a team that would take the world by storm.

And the results soon started to favour Hayes and her troops. Though they let the 2014 WSL title slip on the last day of the season, there were clear glimpses of a reform that is taking place at the club.

And the trophy cabinet at the club wasn’t empty for too long. They managed to win the FA cup a year later and were crowned champions of England in the same year. But that’s not it, the youngest coach in W-league’s history had finally found the ladder to Chelsea’s success.

She introduced new formations and instilled a sense of self-belief in her players. The introduction of the diamond in midfield helped the girls to defend comfortably and then attack on the front foot every time they have had the ball.

One game to go 👀#BarclaysFAWSL pic.twitter.com/xDcBHcIyyp

The introduction of a ‘Double Pivot’ tells you why the 44-year-old has been such a crucial manager. She placed two defensive midfielders who could join the attack as and when required while making sure that too much pressure is not exerted on the backline.

Emma has also increased unity in her squad. Building a squad from the start is very difficult and many managers fail to do so. But Emma removed every thorn she faced in her path to success. And what she developed was a team that could score goals at will, defend like a wall and dominate any team that comes in their way.

The adoption of the new system left the footballing world in awe of the English lady as this system wasn’t too famous on that side of the pond. But Hayes has never shied away from challenges and the results are there for everyone to see.

To our fans. We love you. This group is special. And I promise you we will do everything we can to keep making you proud. Champions of England. 💙💙💙 pic.twitter.com/ME7KkUnJLM

The once depleted club now had lifted the Women’s Super League for the 4th time in their history. Only Arsenal’s women’s team have the same number of WSL under their belt and a title next year could see Hayes become one of the most prestigious managers not only in women’s football but all over the world.

One thing that Hayes’ CV didn’t possess was a Women’s Champions League trophy. Chelsea had always come close to winning Europe’s most prestigious trophy but used to falter when it mattered the most. But with Chelsea making it to their first final in history it might be time for her to replicate the heroics of the 2012 men’s team.

The Women in Blue ran riot when they were up against the Benfica’s women in the round of 32 of the competition. They marched into the next stage beating the Portuguese ladies 8-0 on aggregate across the two legs.

Next up, Chelsea locked horns with Atletico Madrid’s Women’s team in the Round of 16. But Hayes didn’t disappoint the fans of the Blues as they brushed them aside to make it to the semi-final of the competition. The quarter-finals also didn’t prove to be a challenge for them as they denied Wolfsburg a spot in the semi-finals defeating them 2-1 at home and then 3-0 when Wolfsburg hosted.

But it seemed as if they would have to bid adieu to the competition as they were about to face an inspired and strong Bayern Munich Women’s team. But it seemed that the players had picked up wings and wanted to fly more. The Germans did get the better of the Blues in the first match but lacked quality in the second half of the game.

Hayes and company took full advantage as they bombarded their rivals with 4 goals and paraded to the final stage.

There they’ll face FC Barcelona’s Women’s team but it won’t be surprising if Hayes ends up with the trophy and a smile after the end of 90 minutes in Sweden’s Gamla Ullevi.

THE FUTURE OF THE CLUB

Emma Hayes surely has transformed the style of play at the club. With clear confidence visible in players, she has added the correct amount of adrenaline to boost her squad. And surely the lady from London’s Borough of Camden is inspiring billions of others watching the sport. Even if Chelsea are not crowned the Champions of Europe this summer they’ll remain at the top of the rankings for a few decades. And it won’t be surprising if more and more young blood starts playing this sport because of Hayes.