Colombia won in the most dramatic fashion in the Brazilian capital after Luis Diaz scored in the fourth minute of second-half stoppage time to win the third place match with Peru.

The Peruvians had earlier taken the lead in the first half, but Colombia levelled things quickly at the start of the second half courtesy of a Juan Cuadrado free kick.

After that Luis Diaz gave Colombia the lead which was cancelled by Ginaluca Lapadula’s towering header in the 82nd minute for Peru.

The match seemed to be headed for penalties when Luis Diaz once again showcased brilliance with a beautiful effort that won the match for Colombia as Peru were left to lick their wounds in Brasilia.

PERU DEFEND VALIANTLY IN FIRST HALF

The Peruvians were excellent defensively in the first part of the first half at the Estadio Nacional de Brasília in the Brazilian capital. They went with a back four that defended compactly every attacking move from Colombia in the first half of the match. 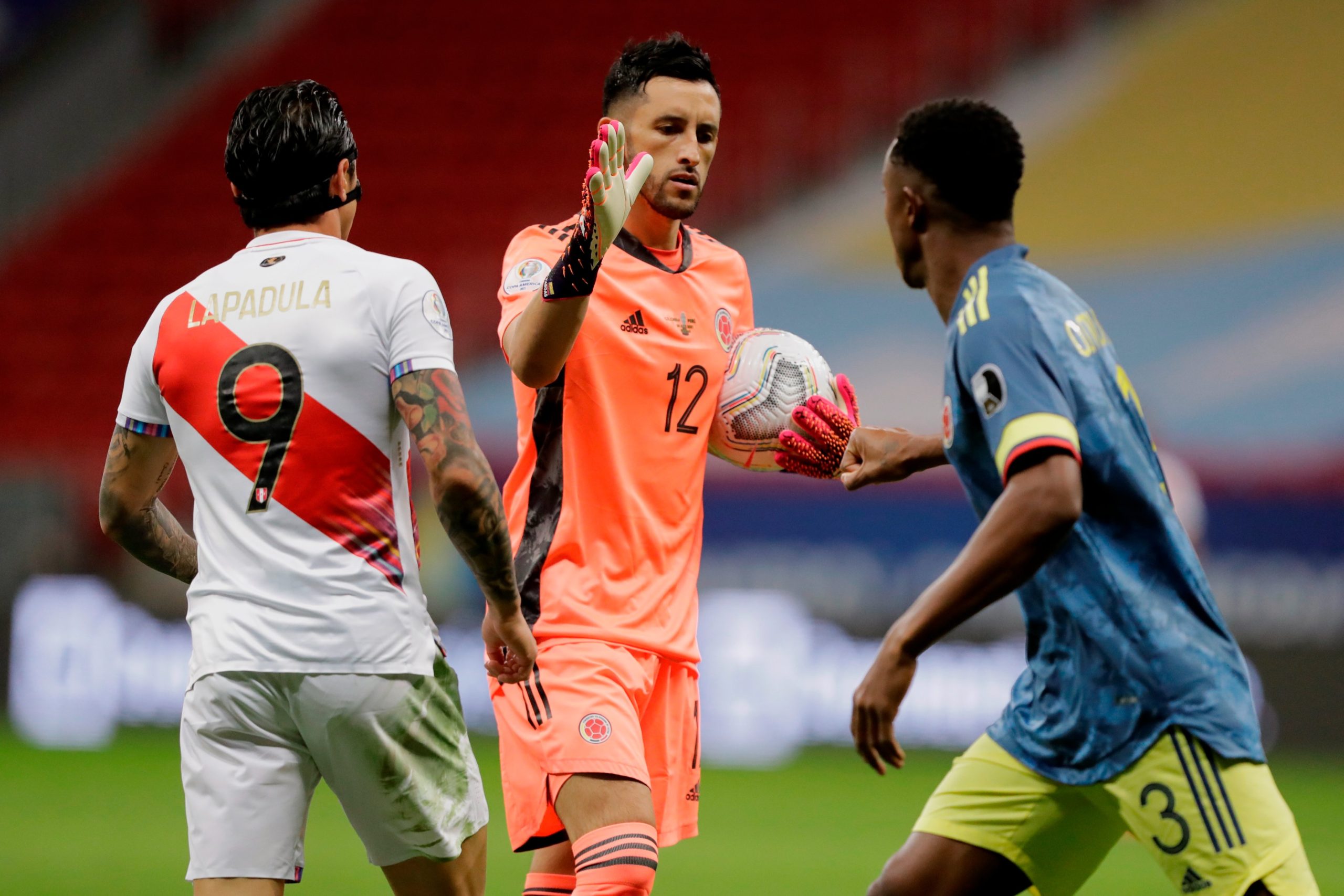 All the four defenders were in complete harmony with each other as they dug deep to defend in their own half. The defensive midfielders Yotun and Tapia were also on the same wavelength as the defenders, which helped Peru in keeping their defensive shape intact.

Tapia had to be substituted in the first half itself after he pulled a muscle apparently, but that didn’t affect their defensive formation for rest of the first half as they were equal to everything that Colombia threw at them

COLOMBIA CONTROL TEMPO OF THE MATCH, STILL FALL BEHIND

It is safe to say that the Colombians were in control  of the entire match. They were good in the air when it came to aerial duels and winning headers and fired in more crosses than the Peruvians.

In addition to that, they were involved in many attacking moves in Peru’s half as they continued to knock the door with the first half progressing.

PERU’S COUNTER-ATTACKING STRATEGY PAYS OFF IN FIRST HALF

The Peruvians were pinned back for the majority of the first half as Colombia dominated the proceedings in the Brazilian capital.

But their counter-attacking strategy paid dividends at the very end of the first half as Yoshimar Yotun scored from inside the box from an assist by Christian Cueva.

Colombia made a statement of intent early on in the second half as Juan Cuadrado, the captain of Colombia, led by example. Los Cafeteros won a free kick just on the edge of the penalty box and the Juventus winger converted the set-piece to restore parity in the third place match.

And from then on Colombia were on the front foot for pretty much the rest of the match in Brasilia for the bronze medal of the world’s oldest international football tournament.

They even took the lead as Luis Diaz once again scored after a slaloming run down the left wing on a counter-attack to give Colombia the lead in the 66th minute – a point at which it looked increasingly likely that Colombia would go on to win the match comfortably.

This match witnessed a grandstand finish as Colombia won it deep into second-half stoppage time when the prospect of penalties was looming. Luis Muriel came on at the very end and turned provider for Luis Diaz, who curled in a beautiful effort into the top right corner of Peru’s goal.

The Peruvians, for all their huffing and puffing, were left to rue missed chances as they lost the game on virtually the last kick  of the game in Brasilia.

Colombia, though, deserved a third place finish in Copa America 2021 for all their dominance in the match in both halves. Meanwhile, the Peruvians will go back home with their heads held high after they gave Colombia a run for their money in the closing stages of the match

The star player of the match was undoubtedly Colombia’s Luis Diaz who scored a brace, including a beautiful effort in the fourth minute of second-half stoppage time to win Colombia the bronze medal. He had earlier put Colombia in the lead in the 66th minute after a brilliant counter-attacking move.

His two goals come on the back of the goal he scored in the semi-final with Argentina when he darted forward on the left flank to fire in the equaliser that sent the match to penalties.