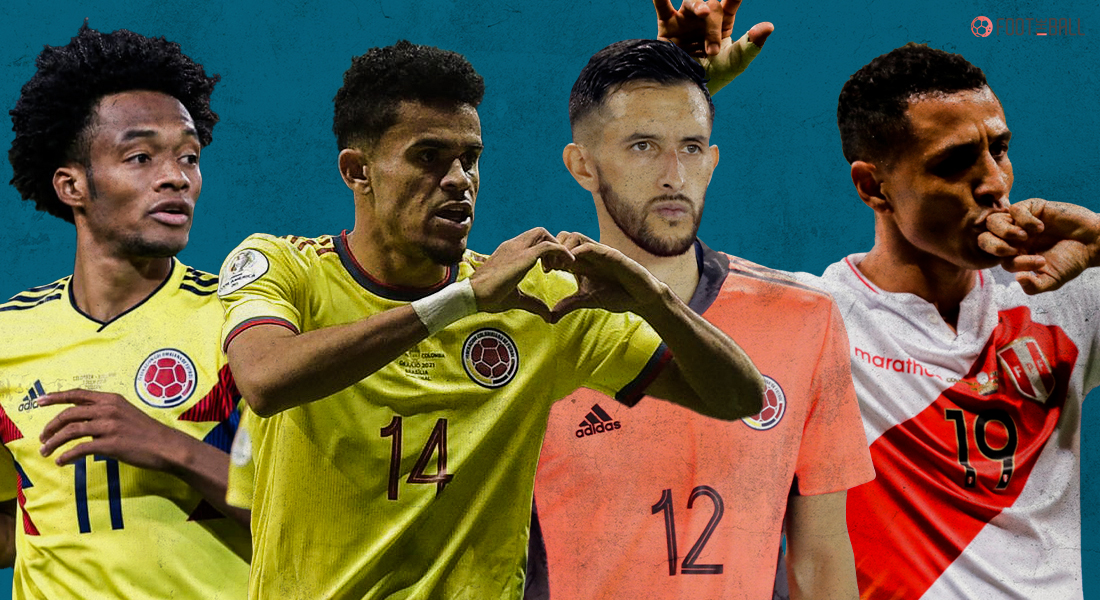 Colombia bested Peru 3-2 to clinch a victory in the third-place playoff to settle for the bronze medal. Luiz Diaz scored with the last kick of the game decided the match in Colombia’s favor. Peru took the led on the brink of halftime through Yoshimar Yotun. It set the tempo for an exciting second half. Juan Cuadrado their starman won a free-kick and converted it delightfully to restore parity. Luis Diaz who had a fantastic tournament scored midway through the second half to complete the comeback.

It looked like Colombia were winning the clash but Gianluca Padula had other plans. The forward in hot form escaped from his marker to score in the 80th minute. Another penalty shootout looked inevitable as managers were making changes accordingly. Luis Diaz said not today as he curled a sensational effort past Gallese to win the match for Colombia.

Both sides lost their semi-final clash narrowly. Peru were marginally beaten by the defending champions Brazil through a solitary goal. Meanwhile, Colombia were edged by Argentina on penalties after a 1-1 draw after 90 minutes. They met at Estadio Nacional de Brasilia to determine who was the best of the rest.

Managers from both sides made changes as they tried to give minutes to squad players. Reinaldo Rueda of Colombia brought Camilo Vargas in goal instead of the usual David Ospina. Stefan Medina and Edwin Cardona also made their way past Daniel Munoz and Luis Muriel respectively. Ricardo Gareca changed his approach to a regular four at the back as he welcomed his Starman Andre Carrillo back into the fold.

ONE BREAK IS ALL IT TAKES

Colombia started the game on a positive note as they kept possession. They periodically attacked the Peruvian goal to no success. Juan Cuadrado was the main threat with his trickery and crossing. He set up Yerry Mina and Oscar Murillo from setpieces only for them to miss their headers. Duvan Zapata who had a bad tournament was trying to salvage something but found things hard.

Peru on the other hand were restricted to ball chasers by a superior Colombian side. They were only attacking on counters and Gianluca Lapadula came close for them after a Christian Cueva through ball.

Just when we were heading to the break without a goal, the Peruvians broke forward once again and made it count this time. Christian Cueva their dangerman danced down the left flank and found an unlikely runner in defensive midfielder Yotun. He rolled the ball to Yotun who took a touch with his left before dinking it past an onrushing Camilo Vargas.

Despite being the dominant side, Colombia rued their missed chances as Peru took the lead with them into the tunnel.

A FRENZY SECOND HALF

The first half wasn’t a classic from either side. They were determined to make the second half one. Colombia had their task cut out in the second half as there was no margin for error. They had to attack and produce goals as they were staring at a defeat. It was time for a hero to step up. Who else but Juan Cuadrado. The Juventus wing-back plays as a winger for his country and is a supreme attacking outlet for them.

Cuadrado won a free-kick right on the edge of the box five minutes after the restart. Though it was a tight angle, Cuadrado was clever enough to sneak his effort in. He hit it through the wall past Pedro Gallese to equalize the game. This goal gave Colombia some renewed confidence as they kept looking for a winner.

It came from a familiar source again as the impressive Luis Diaz scored midway through the second half. Peru won a corner and pushed upfield but the ball kindly fell for ‘keeper Vargas. In his first match of the tournament, Vargas registered an assist as he brilliantly picked the run from Diaz. The Porto winger collected the long ball and curled his effort past Gallese. It completed a perfect comeback.

Peru refused to give up as they searched for an equalizer. They got it from another corner as Colombia were punished for poor defending. Despite having tall centre-backs, Lapadula was left unmarked in the box. The striker had a free header on goal and headed it in without any mistake.

The stage was set for penalties. At 2-2 with the clock running out there wasn’t much either side could do. Even the managers realized the fact that penalties were inevitable and made changes accordingly. Luis Muriel was brought on for Wilmar Barrios for his penalty prowess. It turned into a masterstroke from Rueda unknowingly.

Muriel played the ball into Diaz’s path with less than a minute to play. Diaz in a scorching form already added one more spectacular effort to his name. He dropped a shoulder to get past his marker and curled a stunning effort with his right foot into the top right corner past a helpless Gallese. This takes his tally to four at the tournament. Diaz scored a world-class overhead kick against Brazil earlier.

Daiz’s winner sealed the third spot for Colombia. It matches their feat from the Copa Centenario in 2016. Despite missing their star attacker James Rodriguez, Colombia performed admirably well. Peru on the other hand are rising as a formidable force in South American football. Though this is a downgrade on their runners-up position, a much-improved showing was seen this time. They would take confidence from this tournament for the FIFA World Cup in 2022.