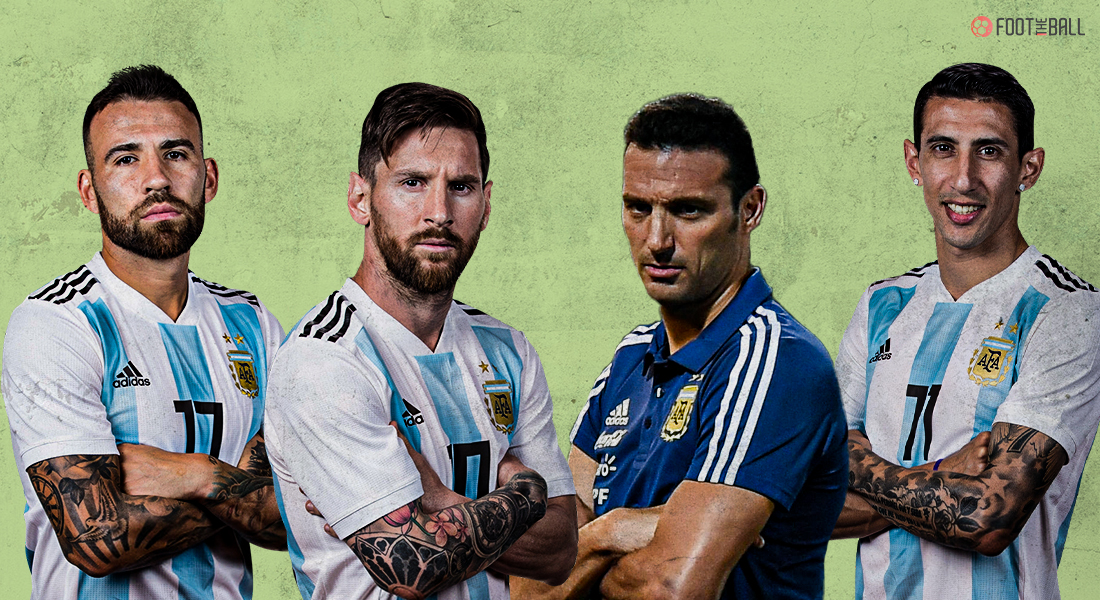 Argentina has been one of the most successful teams in South America. La Albiceleste has made five World Cup final appearances, winning it twice. Argentina are also one of the leading contenders in Copa America with 14 titles. Only Uruguay has won more. It’s no surprise to see Argentina being crowned so many titles considering the plethora of talent that was born in the country.

The predicament however lies in Argentina’s inability to win it after the turn of the century. The pioneers of Copa America have reached the finals more than any other, 28 times. They are also the tournaments top scorer with 455 goals. Yet, despite their best efforts, they have not won the trophy since 1993. They came close four times but were not able to get past the final hurdle. The most notable being the 2015 and 2016 finals where they lost to Chile in the finals on both occasions. Argentina and Cup Finals do not make a happy ending. The FIFA World Cup final is another example of the same.

WHO IS ARGENTINA’S HEAD COACH?

Appointed in August 2018, Lionel Scaloni has managed the national squad well. In his 26 games in charge of the team, he managed to produce 16 victories and lost just four times. In the 2019/2020 South American World Cup qualifying matches, Argentina is unbeaten due to his presence. In 2016, Scaloni joined the coaching staff of Jorge Sampaoli in Sevilla FC. A year later, he was named assistant to Sampaoli in the national team coaching unit after Argentina’s failure at the Copa America.

A year into his tenure and Argentina failed miserably in the FIFA World Cup in Russia. Scaloni and Pablo Aimar were named caretaker manager after Sampaoli was sacked. In November 2018, Scaloni was officially appointed as the Head Coach. Just months into his spell as the boss and Argentina find themselves in the semi-final of the Copa America once more. Controversial decisions later, Argentina settled for a third-place finish. Scaloni, however, was bringing back hope of another worthy trophy in the near future.

The choice of defence was almost solidified last year with Martinez Quarta holding the spine well in his previous fixtures for the side. Otamendi would be the likely choice to accompany him as the Centre Back. Tagliafico will be the choice on the left and Gozalo Montiel on the right. A fairly young defensive line-up when compared to the previous squads.

Further up the field, Scaloni has been flexible with his option. Usually adopting the 4-4-3 formation, the manager is able to rotate his players. Apart from Lionel Messi and De Paul on the right of the field, the other players will be chosen per the opposition strength. It will be interesting to see which set of players the manager will finalize on, with both young and experienced talents at his disposal.

Well, I wouldn’t call him the star player, and I’m sure you all agree. Lionel Messi is the undisputed king in Barcelona and Argentina right now. Is there any player that is ever going to outshine King Leo when he takes the field this Copa, doubtful!! No, Impossible! Messi has led the charge for years at Argentina and his efforts have earned Argentina many titles along the way. No, he hasn’t won the World Cup or the Copa America, but he did manage to captain the team to four Finals in his tenure.

Lionel Messi has always made headlines in every competition he partakes in. The last Copa America was no different. The superstar refused to go out and collect his third-place medal, protesting the injustice happening in the CONMEBOL. Messi also received a red card in the match, and unfairly so! This time, we hope Messi makes the news for the Football he plays, maybe earning Argentina another Copa.

Lucas Martínez Quarta has only four caps in his professional career. All four in the recent World Cup Qualifying matches last year. Argentina is unbeaten when this young man in defence. In June last year, this 24-year-old was even rumoured to have been linked to Manchester City to fill the void Vincent Company left. There were suggestions that he would be involved in a swap deal with his National team Centre Back pair Otamendi. However, the deal did not materialise and Quarta left River Plate for Fiorentina.

Quarta is a strong defender capable of spraying long passes from deep positions. A progressive defender who tries to start an attack on regaining possession. Although he has seen a slight dip in form this year, he would be expected to find his form in the Copa games. Martinez is capable of playing from either Centre back roles and is also adept with his feet. Constantly on the lookout to start a counter, he is a great addition to the versatile attacking squad Scaloni possess.

Argentina is second in the table to qualify for the World Cup from South America. Just two points off leaders Brazil. They have six goals in the four matches and conceded just 2 to claim the ten points out of a possible twelve. They have three more fixtures in June in the qualifying matches before they prepare for the continental tournament.

Argentina had a poor spell in the Copa America in 2019, winning just one game in their group stage fixtures. They were lucky to go through to the quarter-finals. Venezuela proved to be an easy opponent for the Argentinians in the knockout tie. They progressed to the semis against Brazil. A poor game against Brazil which was ridden with controversial refereeing decisions saw them settle for a third-place playoff match against Chile. The only positive that Argentina can take out of the competition is the fact that they got their revenge against ‘La Roja’. Apart from that, Messi and the rest will have to reflect and improve on their collective performance.

Argentina is in the tougher of the two groups on paper. With Bolivia, Chile, Paraguay and Uruguay making the group, the fight for the top spot will be tough. But Argentina is expected to top their Copa America 2021 table. Lionel Messi is back to his scoring best and is leading the charge in Barcelona. His magnificent display in the Copa del Rey proved once again why the little guy from Argentina is the G.O.A.T. An interesting group, one that Argentina must surely overcome.

Argentina and its previous woes in the Copa America may have diminished the morale in the dressing room. The poor speel in the last edition may have given the other members of the Group some hope of overcoming the Argentinians. However, the recent run in the qualifying matches suggests that they will once more bring the heat. Young talents are performing well for the team and there is enough experience in the squad to keep the nerves intact. FootTheBall ranks them amongst the favourites to reach the final this year. Maybe this time, they will lift the trophy for the first time this century.