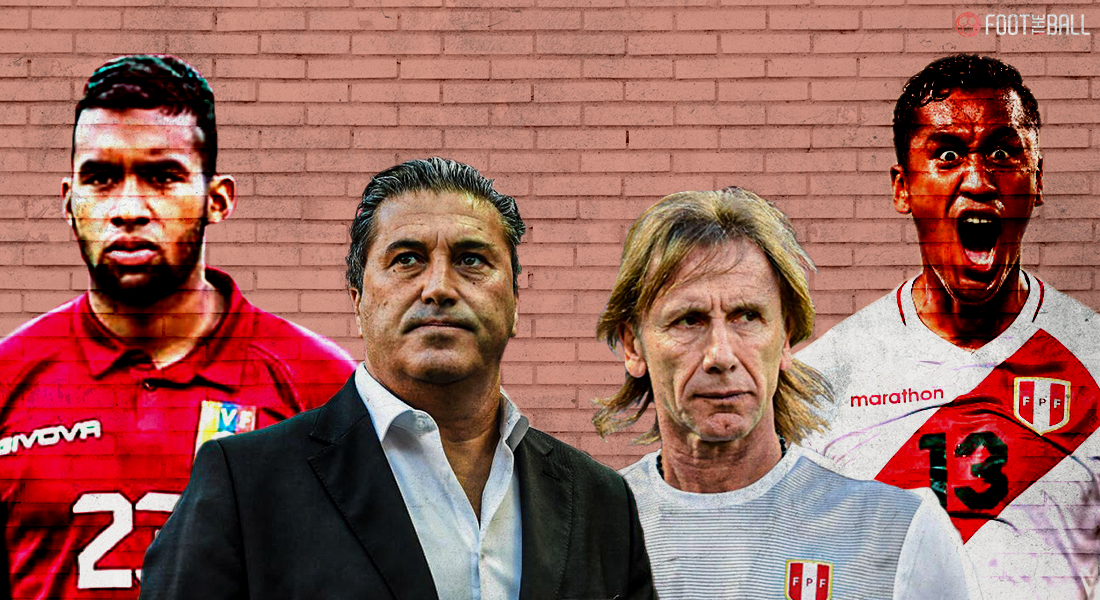 Venezuela and Peru are set to lock horns in the final matchday of Copa America group stages on Monday at the Estadio Nacional Garrincha, Brazil. The encounter is bound to be intriguing, as both nations will be fighting for a spot in the knockout stages.

Venezuela had a troublesome build-up to the South American tournament, as 14 replacement players were sent to face Brazil just days before the tournament began due to a COVID-19 outbreak within the team. The Red Wines have been missing key players, resulting in a lacklustre Copa campaign for them thus far. They have failed to win in three matches, all of which have resulted in a defeat and two draws respectively.

In their first encounter, they were thrashed 3-0 by reigning champions Brazil, but the bravery of a depleted side was evident in draws against Colombia and Ecuador. They currently have only one win in their previous nine matches after these three winless outings. Venezuela are currently last in their group, and only a win will advance them to the knockout stages.

8 – Wuilker Faríñez's eight saves against Colombia are the joint-most by a goalkeeper that kept a clean sheet in a game of Copa América since 2007, following Paraguay's Gatito Fernández in the 0-0 draw against Brazil in the 2019 edition. Wall. pic.twitter.com/XENz7Whmrq

Peru haven’t been the most spectacular defensively, conceding seven goals in three games. However, unlike Venezuela, Peru has a victory under its belt while the remaining two matches have finished in a draw and a loss.

Brazil’s strength this tournament has been dishing out hammerings, as seen by their 4-0 victory against Peru in their opening encounter. Although they showed signs of life in their win against a much stronger team in Colombia.

Although Peru hasn’t had the finest performance, they are capable of accomplishing the impossible, as seen by their run to the Copa America 2019 finals, which included a 3-0 win over Chile. They’ll be hoping to take inspiration from their incredible run into this match and secure a ticket to the quarter-finals.

Prior to their opening match against Brazil, eight Venezuelan players tested positive for COVID-19, including captain Tomas Rincon. As a result, 14 replacement players were called in.

Jose Peseiro does not have any injuries to be concerned about and will seek to deploy the strongest starting lineup possible from his depleted roster.

Venezuela had to send 14 replacement players after a COVID-19 outbreak within the squad the day before Copa America.

After 3 games, they're still in position to reach the quarterfinals 🇻🇪👏 pic.twitter.com/MUwrS5vaWi

Peru has been missing their marquee player, Jefferson Farfan, due to a knee injury.

The Peruvian squad is injury-free, and Ricardo Gareca will be focused on deploying the right tactics and personnel.

Cristian Casseres Jr. has become the team’s go-to guy with most of Venezuela’s key players absent. The New York Red Bulls player is primarily a central midfielder, but he can also function on the flanks, as he has done in all three of their games.

Although the player is tailormade for an interior role, like a 6 or 8, his versatility to be deployed on the wings helps collectively. Casseres Jr. is technically gifted and capable of changing what he is about to do in tenths of a second and improvising under any circumstance.

He drops deep and his press resistance, shielding of the ball and dribbling unlocks defences from the back. He has the potential to be a game-changer in this marquee matchup.

Renato Tapia has been the brightest and most influential player for his country thus far in this competition. The defensive midfielder provides energy and serves as a much-needed leader on the field.

Tapia’s incredible combination of power and technique, toughness and grace, makes him an extremely dynamic player. In his short career, he has already featured as a centre-back, defensive and central midfield, as well as stepping in as a number 10 occasionally.

Venezuela has been on a poor skid since November 2019, with only one victory in nine matches. They have left their shooting boots back home as they have the least goals in Group A after 3 matches. While Peru has been quite better than Venezuela, they will be hoping to secure a place in the Copa America quarter-finals as they need just a draw to qualify and hence, FootTheBall says Venezuela 2-2 Peru