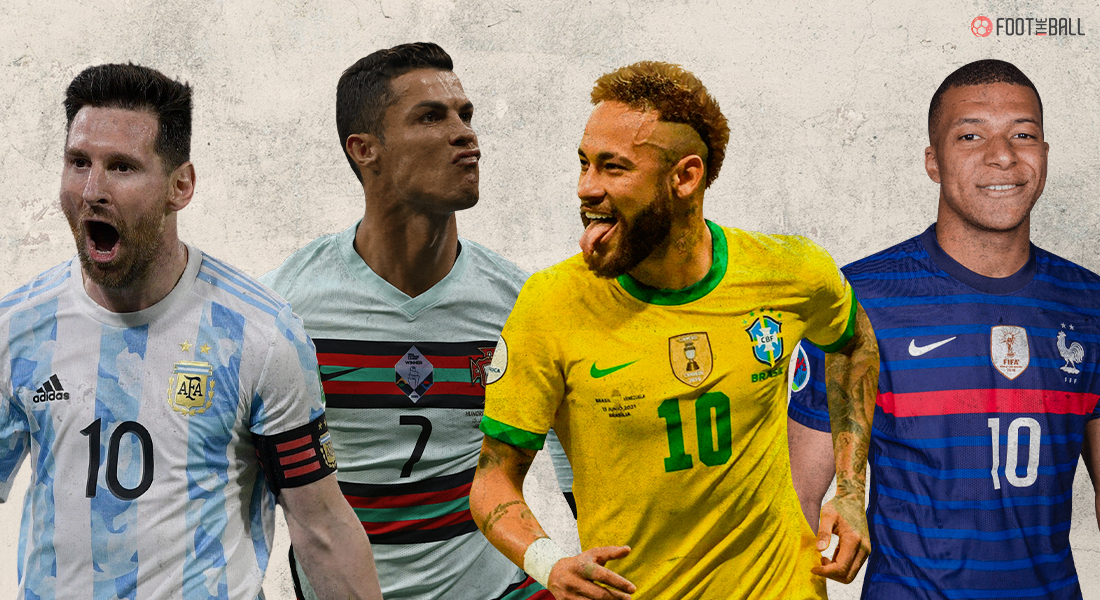 The world’s most prestigious individual award, Ballon d’Or returns this year. The famous award recognizes the best player from the calendar year and crowns him with Ballon d’Or. Since the award was scrapped due to the pandemic last year, this award it gains more importance. Also, two major summer tournaments in UEFA Euro 2020 and Copa America 2021 have taken place this year. These can make or break the Ballon d’Or race this year.

Generally, continental competitions like UEFA Champions Leagues and domestic leagues are the yardstick for measuring a player’s success that season. But special competitions like the Worldcup, Euros, and Copa America have incredible pull in the summers they are conducted. Few players used these tournaments to springboard themselves into the Ballon d’Or race. While few others have fallen off behind.

Argentina lifted the Copa America trophy after a long 28-year wait thanks to their main man Lionel Messi. Italy on the other hand stormed their way to their second title after beating England on penalties in the final. Naturally, players from both sides would be amongst the top contenders.

We at FootTheBall assess who are the winners and losers in the Ballon d’Or race from the summer tournaments UEFA Euro and Copa America.

The greatest showman of all time, Messi was at his finest for Argentina as he ended his quest for an international trophy. The mercurial Argentine scored 4 goals and assisted 5 times at the summer event to win the best player of the tournament award and the golden boot along with the trophy. This followed Messi’s strong showing in the league since the turn of the year with 28 goals and nine assists.

Most goals ⚽️
Most assists 🎯
Most chances created 🧠
Champion 🏆

Player of the tournament. Again. pic.twitter.com/KfNagmYfYM

Another supreme display may put Messi ahead of his chasing pack. A strong start to the League season with Barcelona (or dare say another club as he’s a free agent currently) might see Ballon d’Or number seven rollick its way to Lionel Messi’s doorstep.

Not the Chelsea midfielder we expected to be on the list but here we are. Jorginho has been pivotal in Italy’s triumph at the Euros. He was the person who kept the engine room running with his passes. He mastered the midfield by controlling the tempo and was a shield in front of the defence. Jorginho isn’t a player quantified by numbers like goals and assists. You need to watch a midfield maestro to appreciate his game.

Jorginho set a new record for the most interceptions made at a single Euros (25) since 1980.

What a season he's had 👏 pic.twitter.com/fOTUdA3n0L

What makes Jorginho’s case further strong is the fact that he won the Champions League with Chelsea. Though he wasn’t the best player of the side in either competition Jorginho’s presence was more than required for the title wins. If “Modric Law” is still applicable, Jorginho might fancy himself for a podium finish. Even a surprise heist may follow if he stars in the Super Cup and others dip in form.

Robert Lewandowski, might perhaps the biggest victim of pandemic football. The Polish international was in the form of his life before football season was stopped during the pandemic. After a three-month period, though it was restored, it wasn’t in the best of terms. The jury canceled the award and potentially prevented Lewa from winning his first Ballon d’Or after a treble-winning season.

Lewandowski wasn’t let down and continued the new season from where he left off. He won the golden shoe for this season. Despite playing in a weak Poland side, he managed three goals in three games. He earns the plaudits for doing what he could just in the group stage games. The failure of others contenders to go past the first knockout might also aid Lewa’s case when the jury cast their votes.

The French superstar has failed to win the league with his Paris Saint Germain side. Despite that, Mbappe was going from strength to strength with his finishing skills. He also played a key role in their run to the semis in the Champions League. A strong Euro could’ve boosted his credentials.

Mbappe was no stranger to shining with the national team. He played a starring role in their Worldcup winning campaign three years ago. A similar showing was expected, but Mbbappe failed to hit the stride. He only produced a single assist which was his sole goal contribution. Mbappe looked off color at times as France failed to fire at the Euros. It was his penalty that was saved as France went crashing out of the round of 16.

The most expensive player in the world had a modest campaign by his means. Failure in the league and Europe would hurt him the most. Neymar was also injured every now and then in the league season, which further dents his chances. However, Copa America presented him with a chance to leapfrog his rivals into the Ballon d’Or race.

A tournament to remember 👏 pic.twitter.com/7vFZU9JRUO

Neymar had more reasons than ever to perform. He missed their Copa victory on home soil in 2019 due to an injury. A vintage display was needed and Neymar put it in. Despite being unplayable sometimes, something just didn’t click for him. He has only one non-penalty goal and was uncharacteristically erring in front of goal. A defeat to Argentina in the final to direct rival Messi also won’t help his quest for the best prize.

If you turn back the clock by a month, Kante was running away with the Ballon d’Or title. Such was his form for Chelsea in the champions league winning campaign. He put one midfield masterclass after another to secure them the title. It was justified with his three consecutive man-of-the-match titles in the semis and finals. A strong showing with France at the Euros might have made him untouchable.

However, Kante strangely failed to impose himself on a star-studded team. Rather it was Paul Pogba who stole the show for the Les Bleus. Their elimination in the Round of 16 won’t help Kante’s chances at all. Kante can expect himself on the podium but not winning the trophy. But knowing how the footballing world changes, if he can be back to his best and others fall off, Kante might again be back in contention.