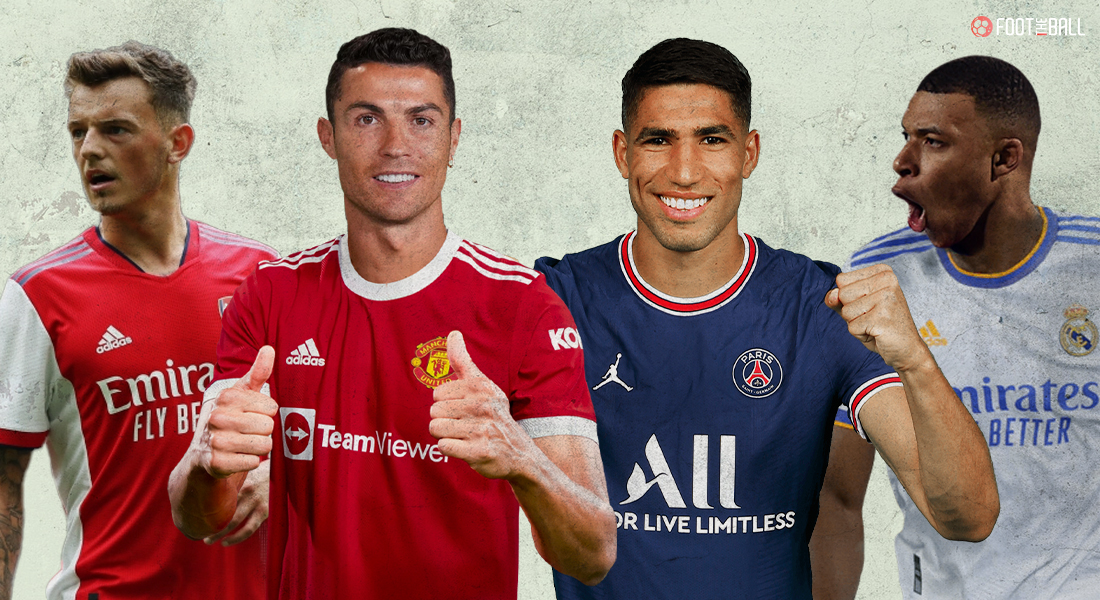 This year’s summer transfer window has certainly not been a bummer. From downright unbelievable to some very head scratching non-moves, it had it all. Ever since the start of the pandemic last year, clubs were severely curtailed with regards to spending.

That position seems to be improving significantly given the amount of spending (transfer fee + wages) having already occurred. With four days still left till the market closes, some big moves can still materialize which would all but end the myth of clubs being restricted anymore due to finances.

Before the sensational return of Cristiano Ronaldo to Manchester United, it was their big rivals Arsenal who were Europe’s biggest spenders so far. The Gunners’ spree of acquisitions have left quite a few people surprised given the Kroenkes’ famous reluctance to splash out the cash.

Nevertheless, given how badly their reputation was hit with the Super League debacle and fans chanting #KroenkeOut, the American owners knew they had to act quickly. After last season’s extremely poor finish, Arsenal have now gone and signed five players of varying experience for £135 million.

Yet, the biggest spenders of the transfer window…

The Red Devils themselves got Jadon Sancho, Raphael Varane and Tom Heaton in addition to Ronaldo for around £121 million. The Glazers, like the Kroenkes, have often been accused of neglect and using United only to further increase their wealth. However, that trend has certainly stopped this year with the American owners dipping into their purses in order to solidify their team. It was never a question of whether there was enough money, it was always about the intent.

📝 New contracts at Liverpool this summer:

😏 Liverpool rewarding their star players and they aren't finished there pic.twitter.com/EdAGVNRyLg

On the other side, Liverpool have gone a different way of trying to build a squad for their future. With only one new signing, the Reds have handed out long-term contracts to several of their star players. Andrew Robertson, Virgil van Dijk, Fabinho, Alisson, Trent Alexander-Arnold have all signed fresh deals with Mo Salah and Sadio Mane set to follow.

Manchester City, never short of money, have rather been forced to shift their targets. After setting the British transfer record for Jack Grealish, their hunt for a new striker has suffered three consecutive failures with Lionel Messi, Harry Kane and now Ronaldo. It remains to be seen if Pep Guardiola can replace Sergio Aguero or will Gabriel Jesus pick up the mantle.

👔Pep Guardiola reveals his reaction to finding out Harry Kane would stay at Spurs this season:

🗣"The club did everything. Spurs did not want to talk. We don't have £200m. The master of the negotiation Mr Daniel Levy, he knows everything."#THFC #COYSpic.twitter.com/RK4E9Ozl1E

The non-transfer of Kane has been one of the stories of the season. Despite wanting a move away for some time and desperate to win trophies, it looked more than likely that he would be leaving this summer.

However, Daniel Levy’s insistence that Kane will not be sold a coupled with the fact that he is under contract till 2024 gave most of the leverage to the chairman. The two bids of Manchester City fell short of Spurs’ valuation as they eventually called off their pursuit.

Crystal Palace and Southampton have been buying shrewdly with the likes of Marc Guehi, Tino Livramento, Michel Olise, Armando Broja and more. The pair know that their financial muscles will not compare with their illustrious counterparts so they are going the young way.

Where do you think we will finish this season? pic.twitter.com/5uWmSCcIAO

They are joined by Barcelona whose precarious monetary position prevents them from making any big signings. Nevertheless, they still have managed to get Memphis Depay, Sergio Aguero, and Eric Garcia among others for €9.5 million. The Villans for their part have spent the Grealish money wisely by investing in their own transfers.

They, along with Wolves, Leicester City, Norwich, and Watford have all brought in many fresh faces in hopes of progressing further in the league.

The fall of Barcelona has coincided with PSG having a breathtaking window. Not only did they sign one of the greatest players ever for free, but they also managed to add Gianluigi Donnarumma, Sergio Ramos and Gini Wijnaldum as well.

Only €42.5 million was paid for Achraf Hakimi while the likely sale of Kylian Mbappe could net them €180 million so as to turn a handsome profit. Both PSG and City are backed by State-owned funds which makes this less of a surprise and more of an inevitability.

Across France, a similar situation has unfolded with Inter Milan. After the departure of Hakimi, they also sold Romelu Lukaku for £97.5 million to Chelsea (another billionaire owner with deep pockets). That money was used in the purchases of Denzel Dumfries (€12.5 million), Joaquin Correa (€30 million), Edin Dzeko (€2 million), and Hakan Calhanoglu (free).

FINANCES ON THE REBOUND

From the aforementioned clubs and money spent, it is clear that the traditional heavyweights have started spending on players once again. Though a few clubs had much less worry when the pandemic struck, even the clubs who had been hampered the most were looking for loan deals or free agent signings.

The craziest transfer window in history.

The English market has always been inflated with taxes and inflated pricing which makes them susceptible to larger deals. However, beyond the top teams, adding talent has not been easy apart from a few nominal amounts of money.