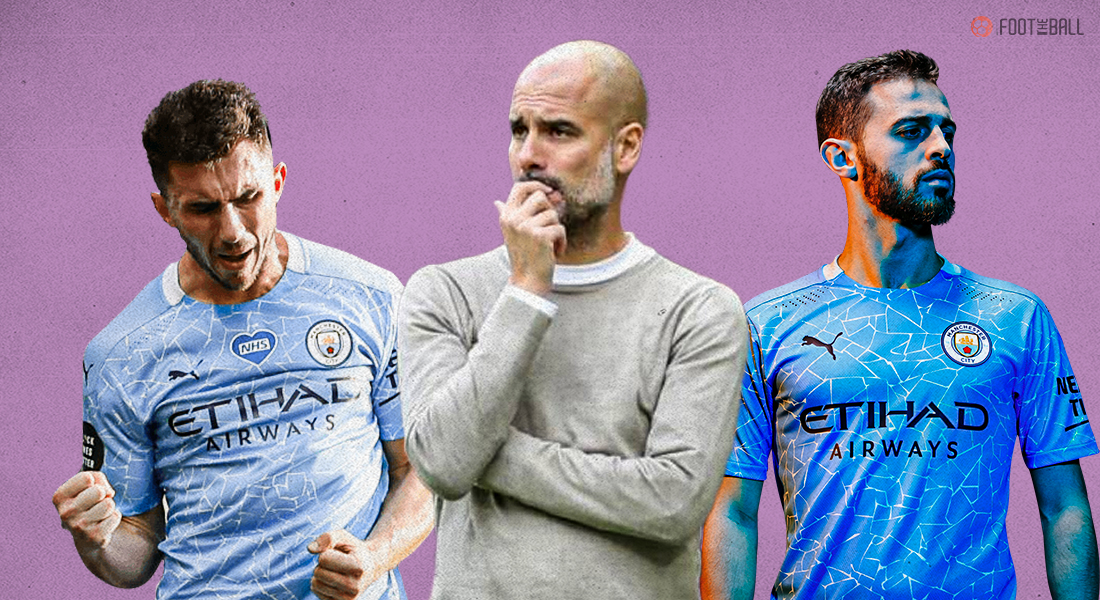 Squad unrest might finally get the better of Pep Guardiola- The likes of Bernardo Silva, Jesus and Laporte already want to leave

Even one of the most successful manager this century has always opposed complacency. Not even after great triumphs and titles, which have been coming fast for Pep Guardiola, has he been willing to not fix what ain’t broke. When things go wrong, it’s apparent that change is required; it’s much more unpopular to do so when everyone is afraid to take risks. 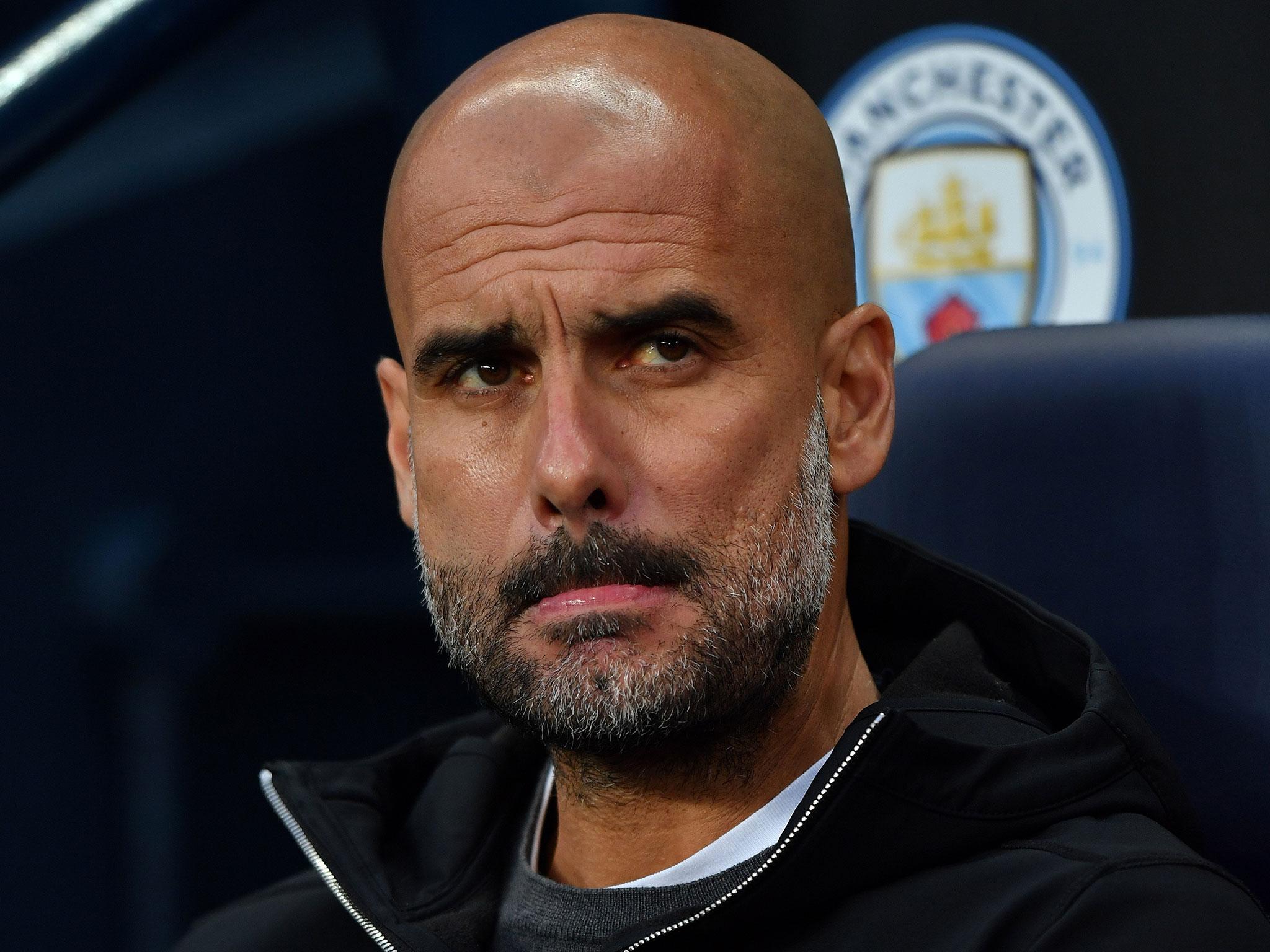 A squad that wins trophies in bunches won’t be able to maintain those standards for successive years if there are no novelties. Apart from the age factor, friction can start creeping in inside the dressing room, over-control, opposing teams will pose new challenges. Football is not a fixed reality; if you consider it as such, you are bound to be left behind.

Recently, Guardiola said: “You have to shake, you have to move. With the same guys, it’s almost impossible. We change, after a defeat and a win, we change – me included”. The changes Pep is referring to are mostly new signings, 2 / 3 new faces to maintain a competitive spirit within the group.

Everytime I sit down with @PepTeam… I just think Genius!

This is completely justified that changes are required. Guardiola has had a lot of success in his time as manager at the Etihad. Over the course of his five seasons in command, the 50-year-old has won three Premier League championships, the FA Cup, and four League Cups. But despite bringing in a whole slew of fresh faces each and every year, Pep and City are yet to dazzle at Europe’s summit, the UEFA Champions League.

Manchester City came within a whisker of winning the Champions League after a heartbreaking loss to Chelsea in the final last season. As Manchester City confirms the £100 million acquisition of Jack Grealish, shattering the British transfer record, the club’s Abu Dhabi owners have now allowed Pep to spend a whopping £918 million on new signings. With such a large sum at play, expectations for silverware are understandably heightened.

However, their ambition of conquering Europe’s holy grail has not been accomplished, and now, with the massive talent pool and unreal depth in Guardiola’s squad, this may ultimately lead to squad unrest.

As Manchester City confirmed the signing of Jack Grealish from Aston Villa. The cash paid for the Englishman eclipses City’s previous highest spending, which was £61.2 million paid to Benfica last September for centre-back Ruben Dias.

Riyad Mahrez, Aymeric Laporte, Joao Cancelo, Rodri, Benjamin Mendy, John Stones, and Kyle Walker have all arrived for large amounts of money during Pep’s reign, solidifying the enormous City’s talent puddle. While many would argue that the tremendous talent City now possesses may propel them to Europe’s summit, but with all of these stars comes the burden of managing them.

Pep Guardiola is not just one of the finest tacticians, but also one of the best at handling talent.  He recognizes it, nurtures it, and provides it with the ideal conditions for growth. He matches his beliefs to the individuals he has at his disposal.

However, regarding the number of these players in Manchester City who deserve regular playing time, the Spanish manager may choose not to utilize some of them, which may generate huge tension and ego issues in the dressing room. Can all of Jack Grealish, Phil Foden, Ferran Torres, Riyad Mahrez, Raheem Sterling, Bernardo Silva, and possibly Harry Kane play together? That is the coach’s main job, to optimize talent and find a way that that does not compromise collective stability.

Will some of these players, who are at the zenith of their skills, give up their deserved playing time? While it may appear like Manchester City has everything under control, the fact is that things may become extremely complex once the new season begins.

With Manchester City bringing in Jack Grealish and potentially Harry Kane in the coming weeks, a number of players are reportedly considering leaving Manchester City. Former Aston Villa captain’s mega-signing may have set the wheels in motion for a mass exodus at Etihad. And that’s according to their manager.

Pep Guardiola revealed in his press conference ahead of Manchester City’s Community Shield match against Leicester City that following the departures of Sergio Aguero and Eric Garcia, as well as the loan moves becoming permanent for players like Angelino and Jack Harrison, he expects more outgoings at the club this summer.

Bernardo Silva’s future with the Citizens has been discussed the entire month, following rumours that he was discontent in Manchester and that a transfer to Atletico Madrid was now a genuine possibility. The manager revealed that in addition to the Portuguese international, a few other players have requested to leave the club.

“He’s our player, not only Bernardo; there are two or three players who want to leave, but they’re our players, and when they make an offer and want to leave, we’re open to discussing it, but it depends on them,” Guardiola stated.

“Otherwise, they will continue training really well, they will stay here and I will decide if they stay or don’t stay. The players who want to leave know the door is open because we don’t want anyone here unsatisfied but they have to bring someone.”

There has also been speculation surrounding the futures of Gabriel Jesus and Aymeric Laporte, both of whom were dissatisfied with their lack of playing time last campaign. Guardiola told them, and anybody else who does not understand that rotation and competition for a starting spot is a part of life at City, that if they want to go, they must work with their agents to come up with an offer palatable to the club.

With the Spanish clubs in disarray, the rest of Europe still hurting from the financial repercussions of the pandemic, and City unwilling to sell to English clubs, that might be tough.

CAN PEP MANAGE ALL THIS TALENT?

Following successful stints with Barcelona and Bayern Munich, it’s no wonder why Pep called his arrival to Manchester his toughest challenge.

First, a conformist country with no willingness to progress. And second, the Catalan’s football was at the opposite end of what his new players had incorporated in England. But, at a club that had no playing identity and no successful history, Pep’s influence will outlast the titles. Like Johan at Barca, his legacy is not the ‘what’ but the ‘how’. Not winning but influencing.

But still, many English fans call him by the name “Fraudiola”. Many fans believe that success can be calculated in a simple way: money + excellent players + any coach = trophies. Guardiola’s tremendous successes over his five seasons at City are deemed null and invalid by them since he had the financial wherewithal to bring in the players he desired.

Of course, never has a bag of money score a goal, but using it properly, and having a genius like Pep, can drastically elevate your chances. What is apparent is that the City manager did not amass such an impressive resume by just spending money. Yes, it has aided him; he would not have won anything with a gang of amateurs. However, he has cemented his position at a wealthy club with costly players by excelling at his profession.

Guardiola’s capacity to improve players, whether they cost £1 million or £100 million, distinguishes him from the competition, implying that he can surely manage all of the talents at his disposal. However, whether he can go one step further than last year and win the Champions League after a decade, remains to be seen.