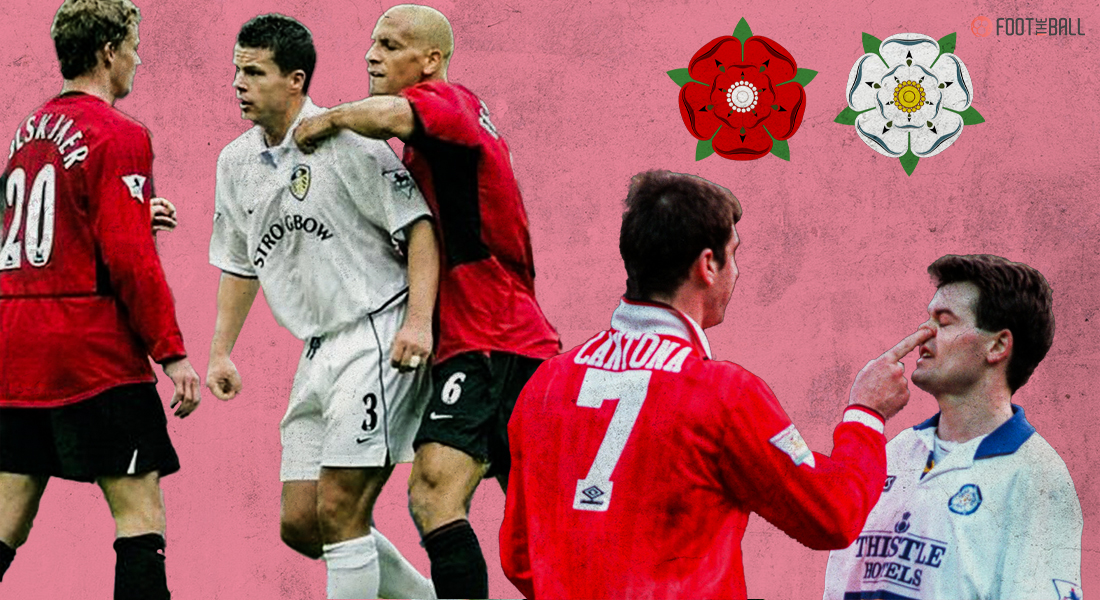 Leeds United and Manchester United share one of the fiercest rivalries in English football and across the wider context of the game. The two teams have served up some historically great matches for more than a hundred years beginning in the early 1900s. There were the eras of Matt Busby and Don Revie which involved physical plays and landmark wins, the early reign of Sir Alex Ferguson including the shock signing of Eric Cantona, THAT Jermaine Beckford goal in the 2010 FA Cup.

With the Whites set to visit Old Trafford to kick off the new Premier League season, the stage is all set for the ‘Roses rivalry’ to reignite. But wait, why is it called that and why do these two teams share such animosity? The answers lie way back in history.

The rivalry between the two clubs, and at large the two cities has its roots in 15th century England. The ruler at that time was Henry VI who belonged to the House of Lancashire or Lancaster. He was seen as a weak and incapable ruler which led to another rival house, that of Yorkshire or York, staking their claim. This sparked off a mammoth civil war known as the ‘War of the Roses’ between the two Houses in 1455 which lasted more than 32 years.

The war saw a collection of bloody battles which ended with the decimation of lineages of both factions being wiped out and the House of Tudor ultimately rose to power. This war has been the oldest and most major cause of the resentment between the two counties that disseminated into all other parts of culture over the years. Along with the War of the Roses, the other contributing factor to the heightened rivalry began with the onset of the Industrial Revolution in the 18th and 19th centuries.

In this period, Leeds and Manchester had two of the fastest growing economies propelled by the industries of wool and cotton respectively. All of these factors contributed to the rising animosity, more so with each town trying to show off their new found wealth in competition with the other. All of these events preceded the footballing aspects of the rivalry but that does not mean that the sport did not contribute in its own unique ways.

Furthermore, the jerseys of both teams, though inspired by other factors, reflect the “Roses” of their respective Houses i.e. white for Leeds (York) and red for Manchester United (Lancaster). In fact, the sporting aspect is one of the most important and long-lasting facets of this story which, after being dormant for many years through the 2000s and 2010s, looks set to pick up once again for a number of seasons to come.

The first meeting between the sides was a 3-0 win for Leeds back in the old Division Two in 1906 before the Red Devils secured a reverse 3-1 win. The meetings between the two rivals would significantly increase over the upcoming decades as both teams sough to establish themselves in the First Division.

The first match in the top-flight between the two teams came in the 1925-26 season and it was Leeds who won 2-0 at home. The Red Devils promptly took their revenge at Old Trafford with a 2-1 win. The Whites’ biggest win so far came in 1930; a 5-0 drubbing at Elland Road but the tides would soon change once again.

Bobby Charlton would dazzle for the Busby Babes against Leeds who themselves had Jack Charlton amongst their ranks. The 1980s saw the balance of power change hands often; with hooliganism rampant across matches as was the norm in British football during those times. Howard Wilkinson’s men were instrumental in stopping United winning the last title of the old First Division in 1992.

That was the same year that Alex Ferguson brought future Hall of Famer Cantona to the Theatre of Dreams in one of the most incredulous transfers ever made in the Premier League era. The Frenchman would inspire his new team to four league crowns in five years during a period where Leeds were fast becoming a middling force.

Eric Cantona in 1992-93 for both Manchester United and Leeds United:

For £1.2m (£22.8m in today's market) it still remains one of the greatest bargains in history. pic.twitter.com/FrAAhMAb9g

Leeds’ relegation in 2004 would mean that the teams were not meeting regularly over the years, except for twice during that 2010 FA Cup meeting of course and again in 2011. The latter match saw the Red Devils triumph 3-0 which was their final encounter till December 20, 2020. The 6-2 win for Ole Gunnar Solskjaer’s side was one of the standout fixtures of the previous season, featuring free-flowing attacking football and exquisite goals.

The return affair at Elland Road was a much more sedate 0-0 affair. With both teams set to clash in the opening round of the league, two cities will once again renew hostilities over the green grass.