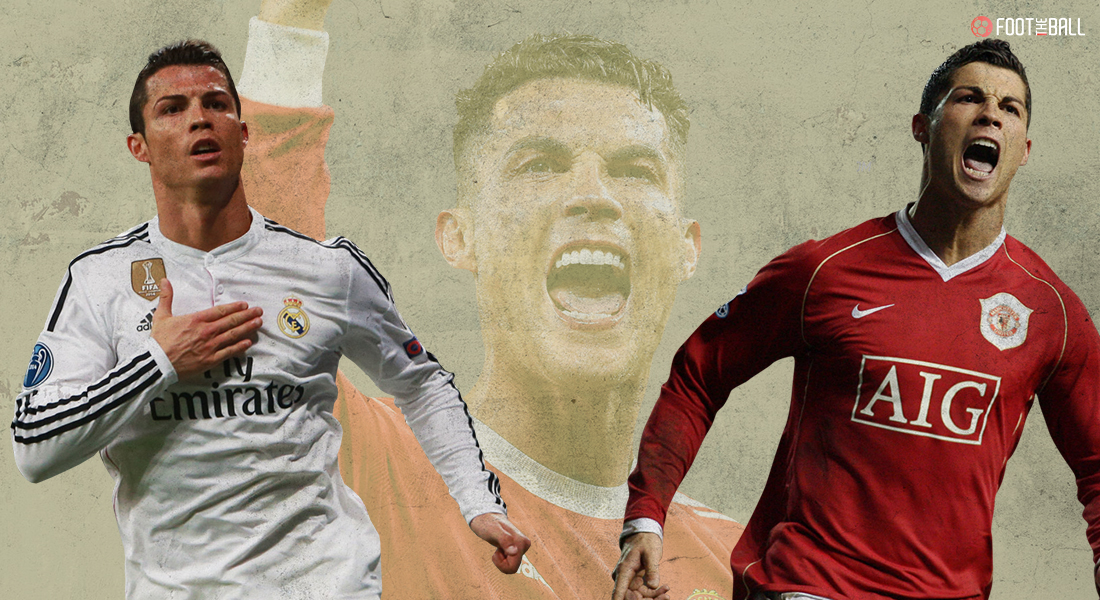 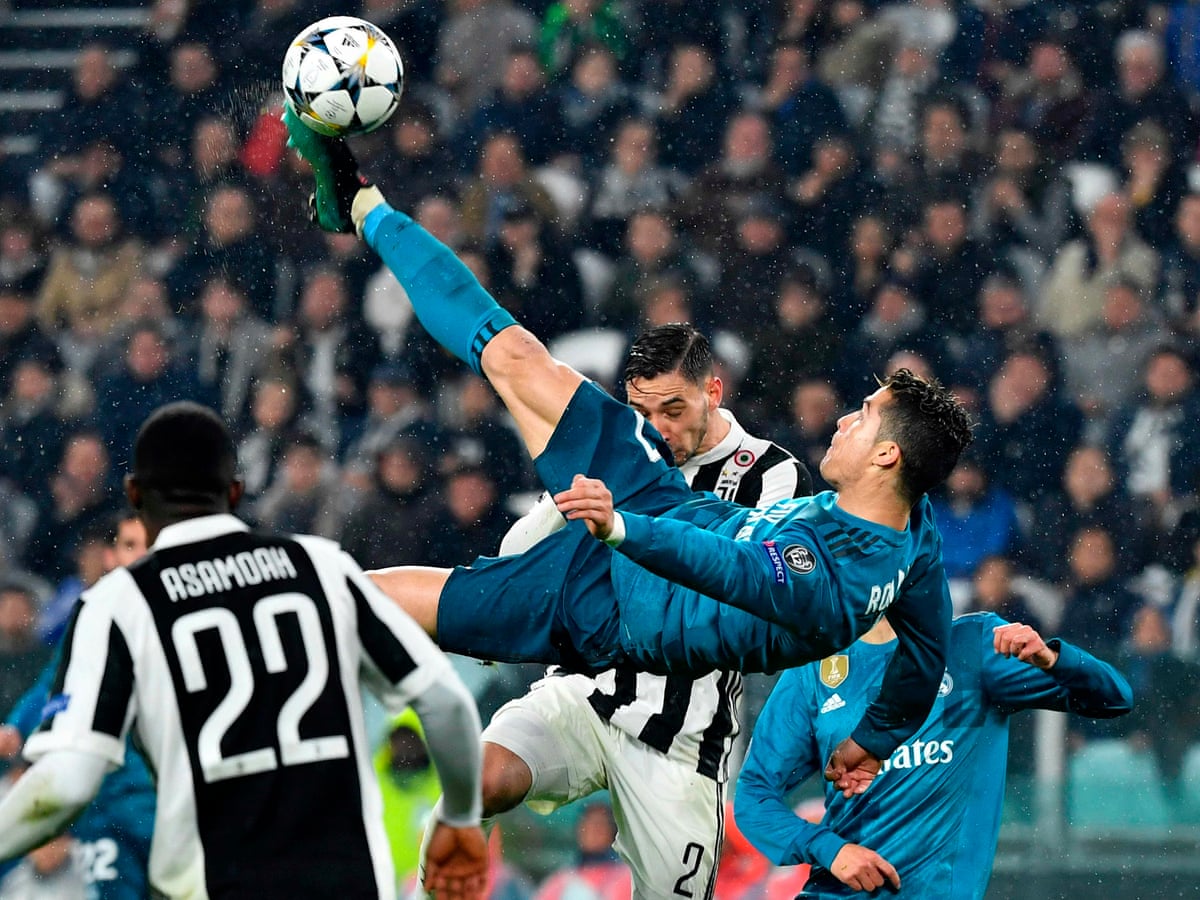 What may just be Cristiano Ronaldo’s greatest ever goal came in the semi-finals of the Champions League against his future club, Juventus in 2018. A cross from Carvajal was unexpectedly met by a flying bicycle kick by none other than the star himself. Real Madrid ended up winning the game 3-0 and progressed onto the finals where they beat Liverpool and lifted their 3rd trophy in a row. Controversially his goal didn’t win the Puskas award that year, but it truly one of the sweetest goals the world has ever witnessed.

Before the 5 time Ballon d’Or winner became a global star, a younger Ronaldo was setting standards for himself at Manchester United. Although scoring goals in the UCL has not been hard for Ronaldo, it is quite surprising when we realise that it was only in his 4th season at Manchester United, when Cristiano Ronaldo scored his first ever Champions League goal. The goal came in the quarter finals of the competition against Roma back in 2007. This was Ronaldo’s first claim to glory and his breakout since and that fist goal laid the foundation for him to become the all-time top scorer of the Champions League.

ON THIS DAY in 2008, Cristiano lifted his first UEFA Champions League title with Manchester United in Moscow. He opened the scoring for United in the game by a ferocious header. pic.twitter.com/IfM7BIwn4S

The 2006/07 was Ronaldo’s breakout season, but he outdid everyone’s expectations in the very next season after scoring 8 Champions League goals and lifting his first ever Champions League trophy. He scored 42 goals in that season across all competitions and the last one coming in the UCL final against Chelsea as he headed the ball in the first half. Although Ronaldo missed from the spot during the shootout in the end, he had a major contribution in their European success that season. After that Cristiano went on to win 4 more European titles and might even add one more to that tally looking at his performances for Manchester United this season. 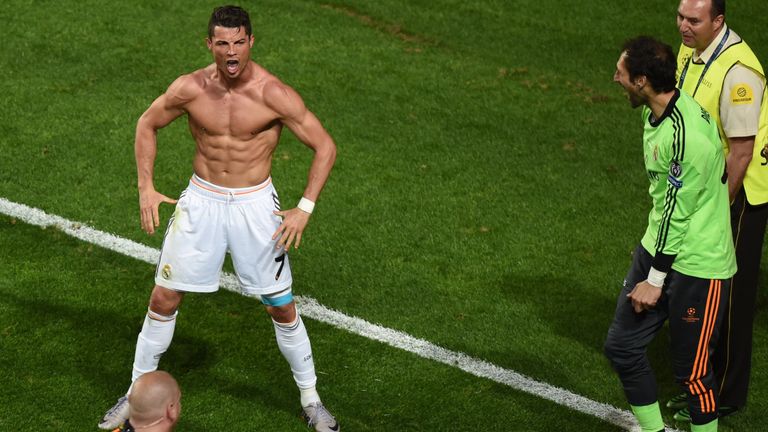 The 2014 Champions League final is memorable for an array of historic things, but Cristiano Ronaldo fans can never forget his 120th minute penalty that was his 17th goal in the Champions League that season, a record that is yet to be broken. Real Madrid faced Atletico in the finals and an iconic Sergio Ramos header in stoppage time pushed the game to extra time and the game ended 4-1 by full time, breaking Real Madrid’s 12 years long duck in the prestigious competition.

Throwback to the 2016/17 Champions League season. Cristiano Ronaldo scored 5 goals against Bayern in the quarter-final over both legs, a hat-trick against Atlético in the semi and a brace against Juventus in the final.

10 goals in 5 games against Neuer, Oblak and Buffon. ⚽🏆 pic.twitter.com/KEgtRtSDnI

Real Madrid and Bayern Munich have been battling for European supremacy for quite a while now but Cristiano Ronaldo’s 5 goal brace across both legs against them in the Quarter Finals stage in 2017 surely gave the bragging rights to the Madridistas. The total aggregate score was 6-3 as Real Madrid went all the way and won the title that season yet again. The first leg was coincidentally also the game where became the first ever player to score 100 goals in Champions League history and Ronaldo achieved that feat in 143 appearances.

TWO IN A ROW 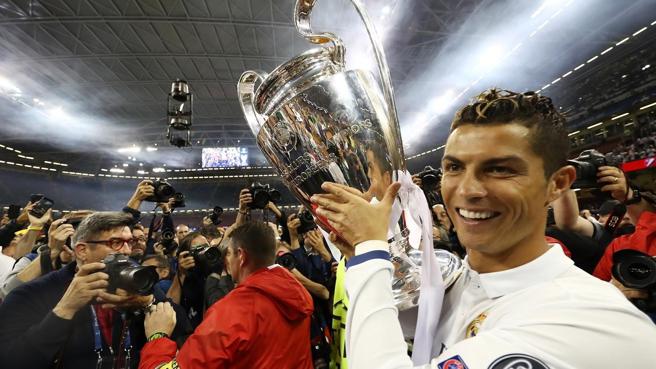 Real Madrid became the first ever club to retain their Champions League title in 2017 as Cristiano Ronaldo scored two against Juventus and won his 4th Champions League title. He also scored a hat trick against Atletico in the semi-finals. Ronaldo also won his 5th Ballon d’Or that season for winning the La Liga and the Champions league by scoring 38 goals and providing 12 assists across all competitions.

Lastly, after 9 seasons at Real Madrid, Cristiano Ronaldo bid adieu to Los Blancos and as a parting gift, won them their 3rd Champions League trophy before leaving. Although Ronaldo failed to find the net in the final against Juventus, he scored 15 goals in Europe that season making sure he has a grand farewell before joining Juventus. This was al;so his 5th Champions League title and the mark he has left at the club is still helping them grow towards becoming the best team in the world.