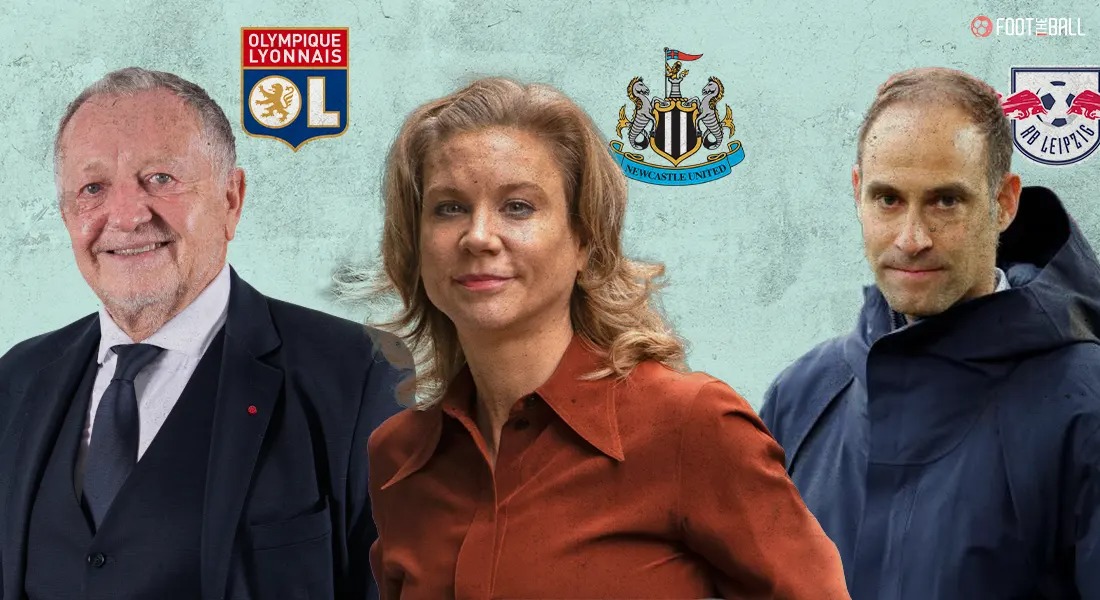 The recent concept of camera crews and video equipment following football teams around a whole season is proving a growing hit. Amazon started the very first one back in 2018, documenting Manchester City, calling it ‘All Or Nothing.’ Though it did not generate too much buzz right then, the format has grown rapidly.

Juventus, Spurs, and Brazil are the three football teams that have done it since then while Arsenal are set to release theirs next year, meaning the filming for it is going on this season. In this regard, FootTheBall presents five teams that can really provide a hit-show if they are to give permission for an ‘All Or Nothing.’

One of the most obvious candidates, given all that has happened in recent times and pretty much since 2013. A succession of managers have failed to deliver the Premier League title, while there have been several lows. Those include crashing out of the Champions League group-stage, continued clashes between owners and fans along with the very curious case of several top-level players being unable to stay. Angel Di Maria, Memphis Depay, Alexis Sanchez all left under a storm of clouds, which have never been properly explained.

If only Amazon were doing their All or Nothing documentary series at Manchester United this season. 😭

Ole Gunnar Solskjaer’s uplifting but unrewarding tenure came to a sad end last month, with Ralf Rangnick chosen as the interim manager. He will also have a consultancy role from the 2022-23 season, when a new full-time coach will be appointed. With Cristiano Ronaldo back and firing, along with several exciting talents to nurture, the news of a stadium revamp coming, and another quest to get back the title, a series seems long overdue.

A case can be made for both the El Clasico rivals, but the inner workings and revelations of the Blaugrana over recent years make it a prime target. The sensational transfer of Neymar to PSG, which in turn funded the arrivals of Phillipe Coutinho and Ousmane Dembele- both of whom have struggled mightily is just the tip of the iceberg.

#FCBarcelona salary cap was nearly halved from €671m in 2019/20 to €347m in 2020/21 with their €324m reduction being by far the largest in La Liga (around the same as all the other clubs combined). Their limit was the highest, but it has been overtaken by Real Madrid €473m. pic.twitter.com/7ate7hHxeY

The outing of former president Josip Bartomeu unearthed years of financial mismanagement which culminated in the departure of Lionel Messi this year. Barcelona are a club firmly focused on the rebuild, but there are some nice story lines developing already. Memphis Depay’s early impact has waned a bit, allowing the teenage talents and youngsters to take the spotlight as starters.

🗣 Xavi: "The youngsters bring so much to the team, they are well-prepared" pic.twitter.com/BV7lX54Jtt

Gavi, Nico Gonzlaez, Abdi Ez, Pedri, Jutlga are all names that the footballing world will be hearing for the upcoming decades. The return of Xavi as manager has certainly brightened the mood around Camp Nou, and next season could start the revival of the club in full flow.

There’s always something or the other happening with Lyon. Jean-Michel Aulas is one of the most outspoken personalities in football, who rarely keeps his thoughts to himself. Their heydays are long gone, and last season brought even more pain on the final match-day. Needing a win to qualify for the Champions League, Les Gones fell to Nice, having twice led in the match. Rudi Garcia was already on his way out and that did nothing to boost confidence in him.

Lyon president Jean-Michel Aulas says Peter Bosz will stay in charge until February at least, and confirms Juninho is "operationally" no longer at the club.https://t.co/xAtCU2qSXW

Peter Bosz has come in, but the club has already been heavily mired in fan trouble this season. Lyon were docked a point by Ligue 1 officials after fans threw a bottle at Marseille’s Dimitri Payet during the clash of the fierce rivals. Just a week ago, their round-of-64 tie in the domestic cup competition against Paris FC was abandoned at halftime as scenes of fighting and flares being thrown onto the pitch surfaced. Needless to say, a show on them would be engaging right from the off.

The world’s richest football club and their never ending present problems. There is little doubt that Newcastle could become the only club to achieve the aforementioned distinction and get relegated in the same season. They have won just one match so far and are firmly fixed in the relegation zone. No doubt heavy reinforcements are expected to arrive in January, and Eddie Howe will definitely be needing all he can to pull off an absolute miracle. However, the focus is also on the bigger picture and the beginning of next season, no matter which league they are competing in.

The new owners will have a whole summer to work through signings and plan for the future, which should excite fans who are one of the most loyal in England. Money does not guarantee success in sports, and there are plenty of examples to prove the same. But it can provide a lot of intriguing storylines and tales to follow.

One of the most fascinatingly run clubs in the European top-flight. Leipzig’s meteoric rise from obscurity should already be the subject of documentaries and feature films. Red Bull’s most well-known football team, aided immensely by its farm clubs, has been solidifying its status amongst the continent’s elite in recent times. They have also had the privilege (or luck) of being the stepping stone for top managers, including Ralph Hassenhuttl and Julian Nagelsmann.

A joy to watch, the Bulls have meant business ever since their arrival in the Bundesliga in 2016. Make no mistake, their title ambitions have never been more realistic. 🙏 pic.twitter.com/gU4WuY4eaS

Along with some world-class players at their disposal, Leipzig have been able to build up a principled way of approaching the transfer market and modern methods to implement in training. Though Jesse Marsch’s reign came to a timid end having only started this season, there is no doubt that the club will surely be heading for new heights under new manager Domenico Tedescu. A model on how big corporates are slowly but surely taking over football to an extent and why the blueprint has been so successful for Leipzig in Germany.