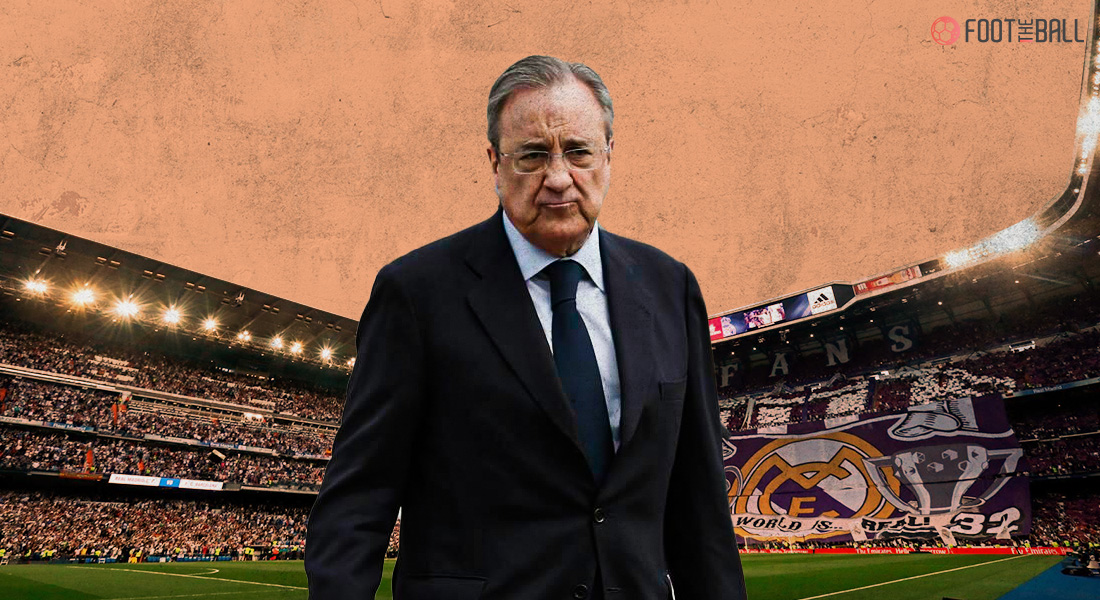 Florentino Perez is a Spanish businessman, civil engineer, former politician and the current Real Madrid President. He has served as President of Real Madrid for fours terms, having just been re-elected last week. Perez was the Chairman of the ill-fated European Super League that collapsed within hours of its launch. We take a look at the 10 things about Florentino Perez you didn’t know about –

Florentino Perez is the CEO of Grupo ACS (ACS Group), which is a leading civil engineering and construction company in the world. The group was formed in 1997 after the merger of OCP constructions where Perez served as its Vice President and S.A Gines Constructions. After the merger, Perez was elected as the President of the company. 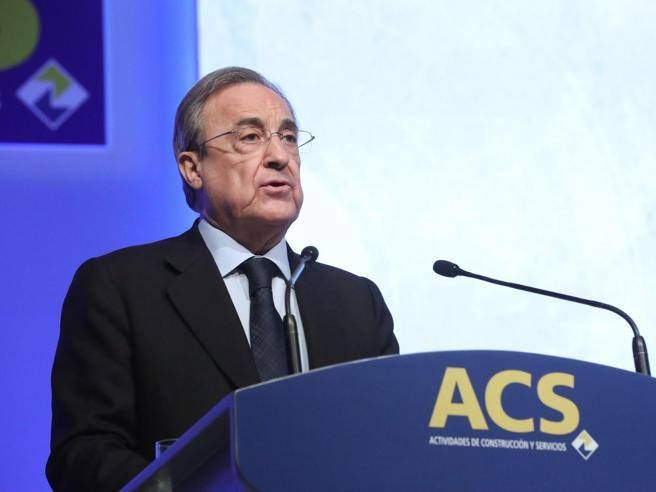 ​Florentino Perez started by working for the Madrid city council, where he initially held a minor role. Soon enough, he was offered a job at the Ministry of Public Works and Transport. Despite his promotion, he was less than satisfied and it was then that he decided to enter politics.

He was elected as the general secretary of the newly found Democratic Reformist Party. He didn’t last very long in this career, with the party being dissolved after its loss in Spain’s 1986 general elections. It was after this that Perez decided to enter the world of business.

STORM BEFORE THE SUNSHINE

Florentino Perez lost his first Real Madrid election. After financial success with his construction company, Perez decided to contest for the vacant Presidential position at Real Madrid in 1995. Perez campaigned on the forum that the incumbent Ramon Mendoza was responsible for the massive debts.

He also fought against the alleged mismanagement of the board. He lost the election by 699 votes however, the loss did not deter him and he won at his second attempt by 2000 votes, beating Lorenzo Sans.

Florentino Perez has established a power monopoly at the club which has become extremely hard if not impossible to challenge. He has actively surrounded himself with employees that are ‘yes men’ and he ostracizes those who question his methods.

Perez has even managed to manipulate the electoral procedure at Real Madrid to his advantage, by introducing absurd pre-requisites to run for elections which are vast financial guarantees, a massive amount of personal wealth and a membership of almost 20 years.

In 2015 serial hacker Rui Pinto was responsible for the largest leak in sporting history with 1.9 Terabytes of information and a total of 18.6 million documents.

It was revealed that Doyen Sports, one of football’s biggest transfer dealers attempted to facilitate the transfer of French midfielder Geoffrey Kondogbia by offering prostitutes to the Real Madrid president Florentino Perez. Perez denied being at a party in Miami in 2013 where prostitutes were present.

The Real Madrid present has often been accused of being very particular about the Physical appearance and marketability of his squad. The early 2000’s spelt the Galactico era with a plethora of big-name signings like Zidane, Ronaldo, Figo, Beckham, Michael Owen, Robinho etc.

Can Florentino Perez do it again? pic.twitter.com/itU7TPCHZa

Perez tried to recreate the big-name era in late 2010 after signing Ronaldo from Manchester United, Kaka from AC Milan and Benzema from Lyon. He further signed Mesut Ozil, Angel Di- Maria and Gareth Bale. The team was heralded as the new era of Galacticos.

In 2018 Cristiano Ronaldo said Perez only ever looked at me as a business relationship. I know it. What he told me never came from the heart. Ronaldo said he decided to leave Real Madrid for Juventus after realising that the Spanish club’s president, Florentino Perez, no longer thought him to be “indispensable”.

"Cristiano Ronaldo will NOT come back at Real Madrid. It not makes sense, he has a contract with Juventus". 🚨 pic.twitter.com/ZXLQArPBFC

Last year transfer expert Gianluca Di-Marzio released his newest book. It reveals that Perez used his connections with Spanish authorities to make sure the penalties in the tax fraud case against Lionel Messi would be very stringent.

In 2017 Florentino Perez slammed Ed Woodward for the events which saw David De Gea’s move to Real Madrid collapsed. De Gea’s digital paperwork was not filed before the Spanish transfer window closed and Perez, invited to explain the farce, laid the blame squarely at the feet of United and Woodward. 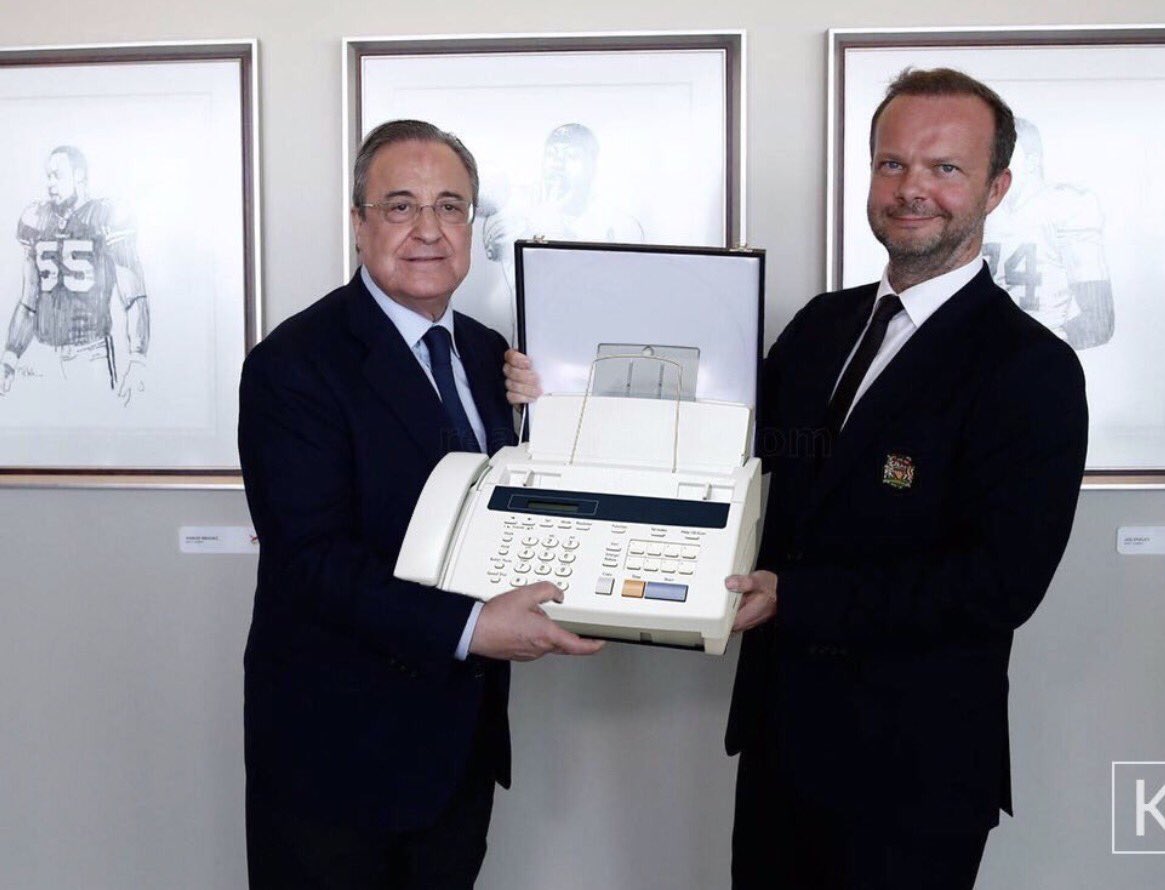 Florentino Pérez’s relationship with the club’s legends was never good. Fernando Hierro was sacked during the 2002-2003 league celebrations after a monumental brawl in the Txistu where the players threatened not to go to Cibeles. Redondo left in 2000 when Florentino became president. Figo was let go. Pérez did not want to re-sign his contract and the Portuguese unveiled it on a pre-season tour of Asia. In 2005 he left the club and never again had a good relationship with the president.