It is one of the most joyous sights in sports – to see a player celebrate after a job done well. Whether it is a batsman taking off their helmet after a century or a tennis player pumping fists after a big rally, or more pertinently a player wheeling away after hitting the back of the net, the sheer outburst of relief and happiness makes a celebration just as important as the act itself. 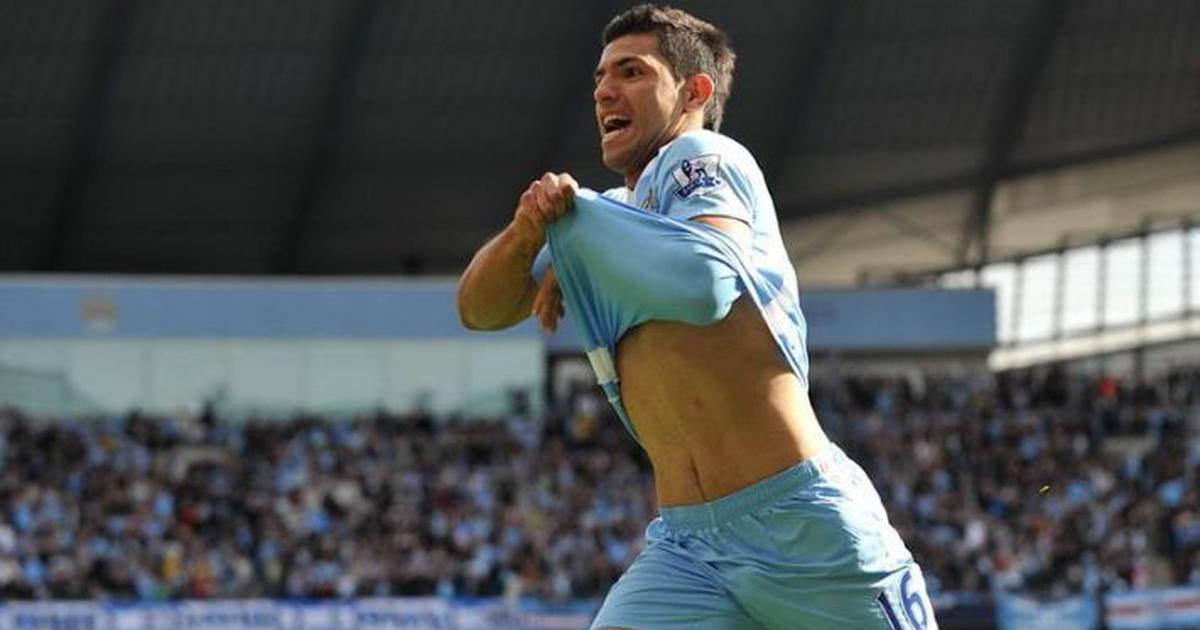 As such, goal celebrations become a vital part of the repertoire of football players apart from their skills and finesse on the pitch. They can come to define not only players, but teams and generations with their moments of origin etched in history.

Therefore, FootTheBall takes a trip down memory lane in the beautiful game to look at some of the most iconic and popular goal celebrations by players across the years.

Peter Crouch is easily one of the tallest football players to have played the game and he certainly knew how to poke fun at his own lanky figure. 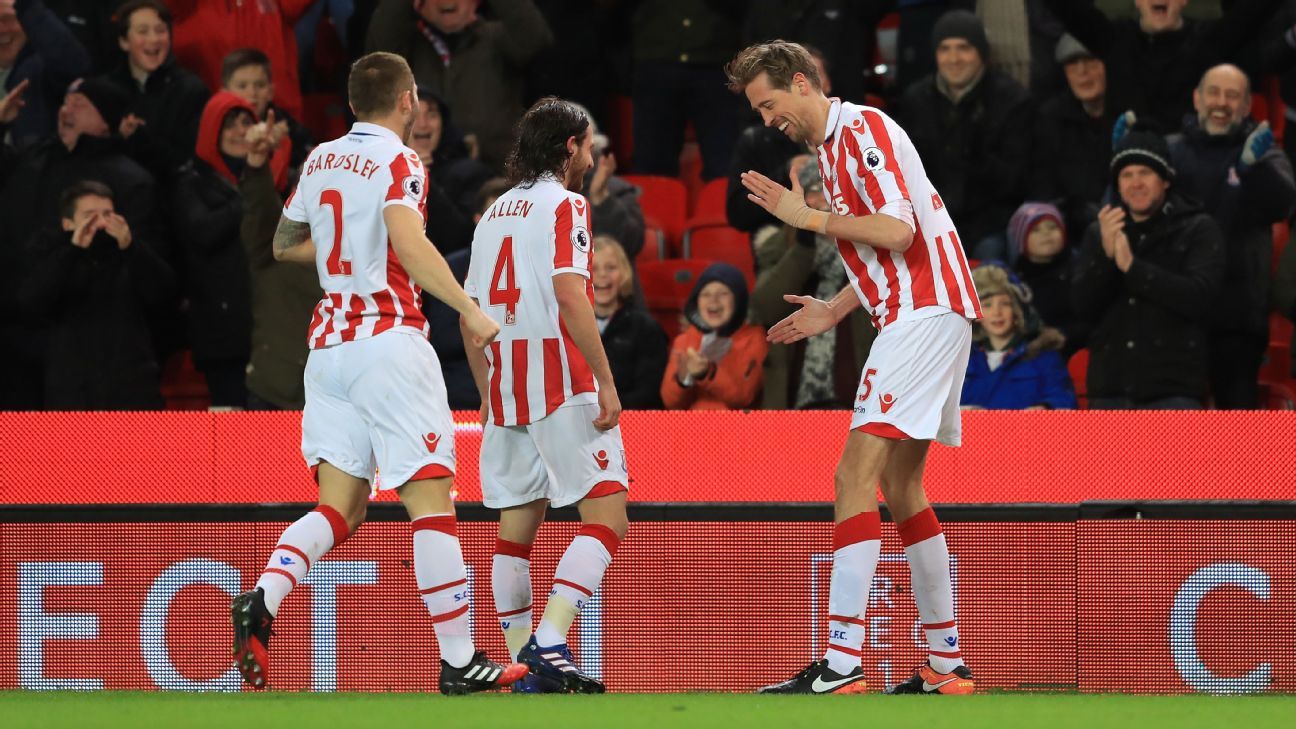 He only ever performed the robot dance on three occasions in his career, nevertheless it has left an indelible impression on the consciousness of football fans all across the world.

The most famous instance of the above-mentioned dance move was when Peter Crouch reached the landmark of 100 goals in the Premier League in February 2017 against Everton in a 1-1 draw.

Carlos Tevez celebrated in bizarre fashion after scoring what was a crucial goal for Boca Juniors against arch-rivals River Plate in the Copa Libertadores in 2004. 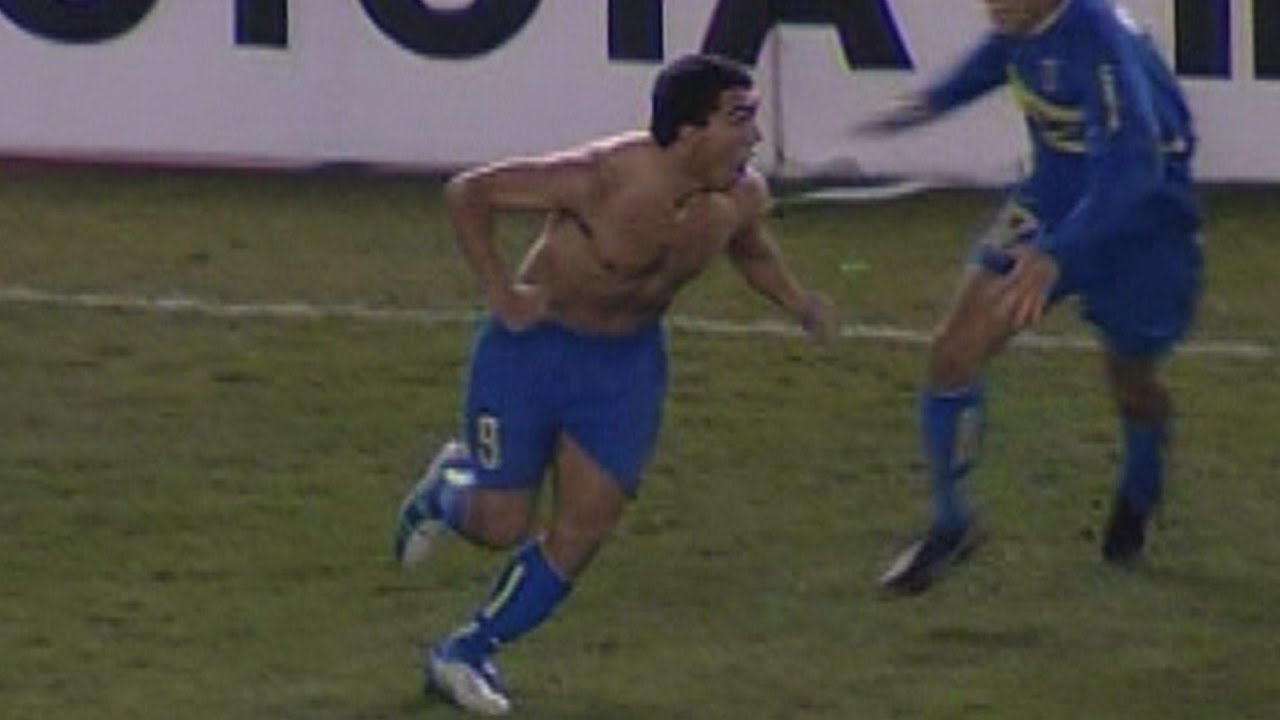 The Argentine took his shirt off before performing the chicken dance in front of River Plate supporters as Boca players were called ‘chickens’ by the River fans sarcastically.

Hull City’s manager accosted his players on Boxing Day when his side visited the Etihad Stadium as he made them sit on the ground near the travelling supporters at half-time when City were leading 4-0 and gave an impassioned team talk. Nearly a year later, Hull City met Manchester City in November 2009 and this time the visitors redeemed themselves in Manchester to secure a 1-1 draw. And the match gave football fans a celebration to remember.

Jimmy Bullard imitated Brown’s tactic and appeared to be giving a team talk to his fellow teammates in the aftermath of Hull City’s goals. Brown claimed that it was a nice bit of fun and banter in front of the media, but had indeed pulled Bullard aside to remind him who was boss at the club.

Wayne Rooney exhibited his shadow-boxing skills in a 3-0 win over Tottenham Hotspur in 2015. The Englishman later revealed the story behind his celebration in such a way. 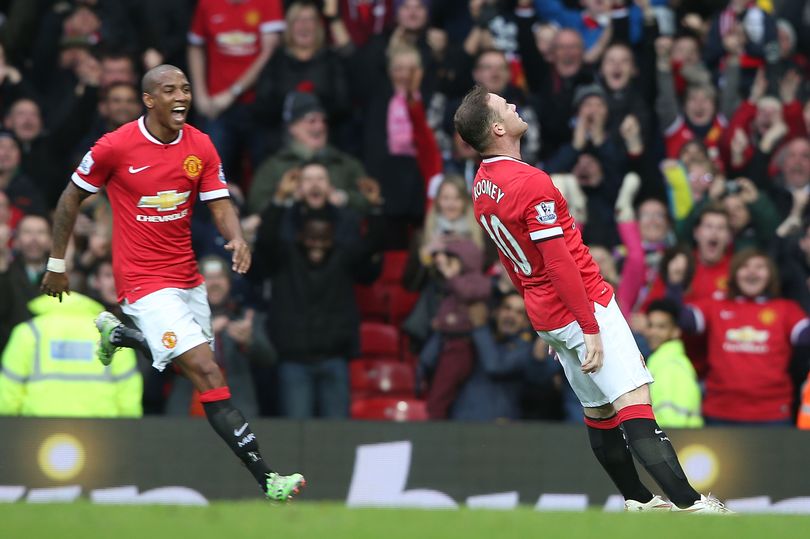 Rooney said that it was a reference to a video that had emerged earlier where he could be seen jokingly sparring with his friend and teammate Phil Bardsley.

The former Everton player is a huge aficionado when it comes to the sport of boxing and admitted that the sport was a significant part of his childhood as his family followed it keenly.

Talking of iconic goal celebrations, one cannot afford to overlook Steven Gerrard’s celebration when he scored a goal against fierce rivals Manchester United at Anfield in 2014. The former Liverpool captain explained the reason behind his now-iconic celebration, which goes back to his celebration in 2009 at Old Trafford when he scored for the Reds in Manchester.

Gerrard concedes that he did not have anything in particular in mind when going for that mode of celebration back in 2009 as he was simply experiencing a rush of adrenaline after scoring for the visitors.

The mercurial Italian forward was at his scintillating best at Euro 2012 in Poland and Ukraine as they booked a place in the final of the competition with a 2-1 win over Germany in the semi-finals. Balotelli scored both the goals for the Azzurri and it is the celebration after his second for the Italians that he is fondly remembered for – he took his shirt off and posed for the cameras displaying his perfectly built physique.

Afterwards he claimed that it was a celebration that might have made his critics angry and jealous of how well-maintained and ripped his muscles were.

Michail Antonio yesterday became the all-time top goal scorer for West Ham in the Premier League as he scored a brace for the Hammers in the last 10 minutes of the game.

😅 The celebration we never knew we needed…

The English international went to the sidelines and celebrated with a cardboard cut-out of his own image to mark the memorable occasion in the British capital as West Ham went top of the Premier League after the conclusion of two gameweeks in England.

The 1994 World Cup in the United States proved to be Diego Maradona’s last outing for Argentina in a major international tournament. The former Napoli player scored his last goal for Argentina against Greece in their opening match in Group D in the 60th minute, before celebrating in front of the cameras in a state difficult to classify as either joy or anger.

Just 9 days later he was sent home from the World Cup after failing a drug test in disgrace as an epoch in international football came to an end. The goal and the celebration perfectly sum up his personality both on and off the pitch – genius with a dash of insanity.

Sergio Aguero, now at Barcelona, is best remembered for his goal scoring heroics in England during his debut season as he slotted the ball home in the dying seconds against QPR on the last matchday of the 2011-12 Premier League season. Sir Alex Ferguson’s Manchester United had done their job in Northeast England against Sunderland by winning 1-0, but City took the title home on goal difference after Aguero’s last-gasp winner in Cottonopolis.

And he celebrated in a fashion fitting of the importance of the goal as he wheeled off after taking his shirt off as the entire Etihad Stadium could not believe what they had just witnessed on the pitch.

1) MESSI’S LAST-GASP WINNER AT THE BERNABEU

Arguably no Barcelona fan can ever forget the goal and the celebration that followed when Messi scored a last-gasp winner in the El Clasico held at the Santiago Bernabeu Stadium in Madrid in April 2017. 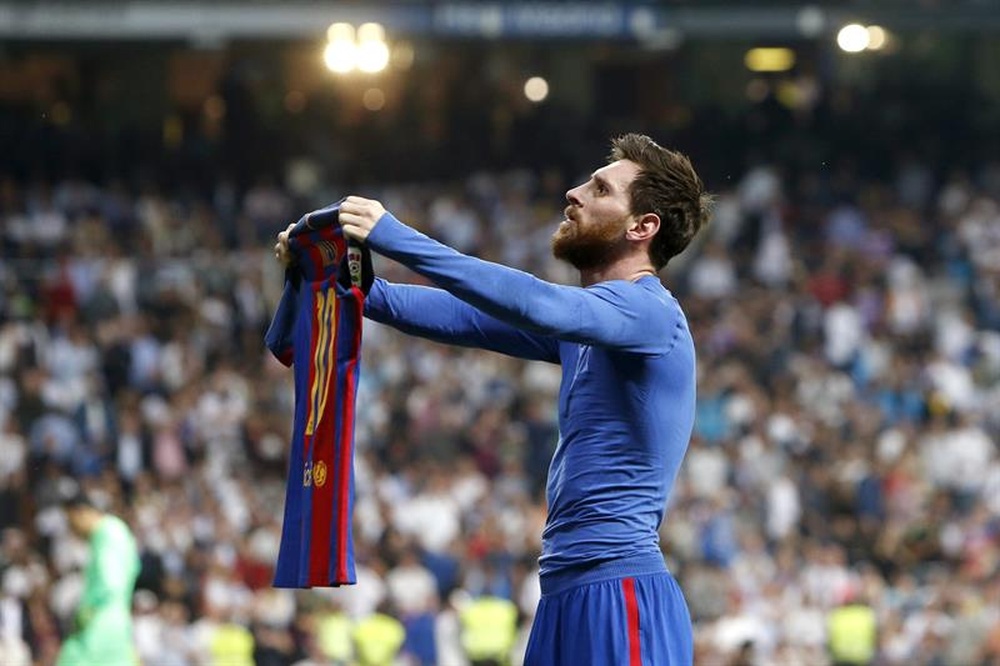 Coming into the match, Barcelona knew that it was a must-win affair and had to do without Neymar. Real Madrid went ahead, but a Messi goal pegged the score back to 1-1 at half-time in the Spanish capital.

James Rodriguez scored for Los Blancos coming off the bench after Rakitic had put Barcelona in the lead. With the scores level at 2-2 and with practically the last passage of play of the game, Lionel Messi scored the winning goal to make it 3-2 with the last kick of the game in Madrid.

Pandemonium followed as Barcelona players mobbed the Argentine who took off his shirt and displayed it to the Bernabeu crowd as the Blaugrana achieved their objective of leaving Madrid with all three points in the bag.