The summer transfer market is in full swing, with some of the biggest or most promising players in football being signed by Europe’s top teams. Jules Kounde is one of those rising stars who has caught the attention of some of the game’s biggest clubs and might be on his way out of Sevilla.

Recently, Chelsea opened talks with the Spanish club about signing the 22-year-old French center-back, whom they have identified as their priority defensive target this summer. Kounde is regarded as one of La Liga’s best defenders and rose to notoriety last season as a result of his stellar performances for Sevilla, which earned him a place in Didier Deschamps’ France roster for Euro 2020.

Jules Koundé has an agreement ready on personal terms with Chelsea. Contract until 2026 won’t be a problem to be signed – as Koundé is open to accept. 🔵 #CFC

Chelsea and Sevilla are in advanced talks to reach an agreement on payment/deal structure, as exclusively revealed 👇🏻 https://t.co/YADwyHETlZ

Four months to reach Europe’s summit. What will Thomas Tuchel do with a full season? Perhaps Chelsea lacks one or two pieces, or more time, to be able to challenge a team like Manchester City over 38 games. However, the addition of the talented center-back would undoubtedly improve their prospects of impressing this upcoming season as well.

With Jules Kounde currently being the buzz of the transfer window, here are 10 facts about the Frenchman that you may not be aware of.

While he has spent most of his rather young career as a center-back, Jules Kounde has also been deployed as a right-back a number of times.

While the Frenchman has excelled as a center-back and is one of the finest young players at his position, he has also shone out as a right-back, receiving the nickname “Cafu” from his teammates, after the legendary Brazilian right-back.

And this nickname is quite justified considering his quickness, agility, dribbling, and excellent distribution, quite comparable to Cafu’s playing style. “In training, he takes the ball on the side, runs out, and we yell, ‘There goes Cafu!'” stated his center-back comrade Diego Carlos.

One of the saddest realities about Jules Kounde growing up was that he had anger issues as a child and never coped well with defeats. When he was eight years old, he played low-level football for a mediocre team that was routinely trounced. 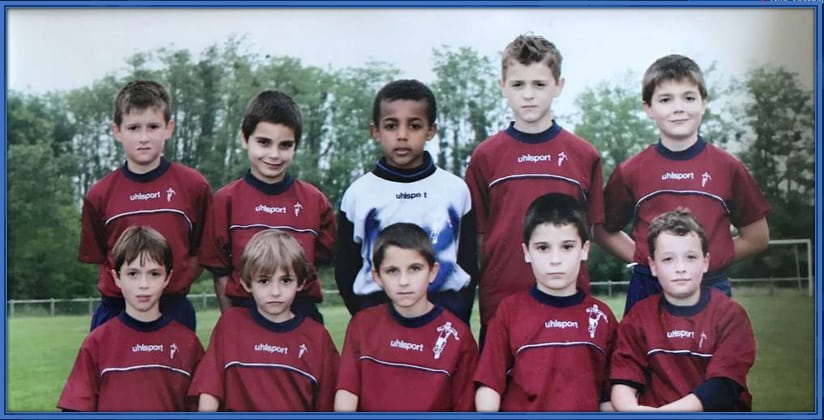 As a result of his frustration after losing, Jules frequently vented his anger on his mother. He describes those times as “horrible,” and confesses that he was not a good son to his mother. Whenever Jules was enraged, it was hard for his mother to communicate with him, and both of them were bearing the brunt of this situation.

He had to switch teams since he couldn’t handle the consistent losses, and he also ended up seeing a psychiatrist to treat his anger problems, which, thankfully, are no longer a concern.

3. DIDN’T HAVE A FATHER GROWING UP

Although Kounde’s mother and family will be proud of the man he has become, the Frenchman grew up without a father to look up to. His mother and father separated and ended their marriage just after a year he was born.

Following that, Jules and his mother left Paris and relocated to Landiras, a remote village in southern France.

Until he was 16, he didn’t know anything about his father or his Beninese roots. According to Jules, his father reached out to him and spoke with him at that time. He informed Jules that he is of Beninese descent and that if he so desires, he may compete for Benin at the national level. However, he had already made his decision to play for France.

Of course, The absence of a loving father undoubtedly had its effects on Jules Kounde’s upbringing. He was an introvert, a quiet and reserved child who didn’t say much.

Jules appeared to have some outstanding football characteristics, but talent alone is not enough to make a top player. When he joined the Bordeaux U-13 squad, his introverted personality didn’t help, and the coaches demanded that he interact more often and converse with his teammates.

As a result, the coaching staff agreed to give Jules the captain’s armband in order to assist him develop into a full football player capable of communicating with and even leading his teammates. As he acknowledges today, it was a big lift for him, giving him the confidence to communicate more and enhance his social skills.

5. DESIRES TO BRING A CHANGE

A quick glance at Kounde’s social media handles, especially Twitter reveals that the Frenchman understands there is far more to life than sports.

Kounde chooses to utilise his position to attempt to encourage the difference in the system by tackling different cultural, political, economical, and environmental concerns.

He is inspired by Martin Luther King Jr., Nelson Mandela, and LeBron James, among many other athletes who use their social media platforms for similar causes.

6. ONE OF THE BEST AERIAL DUELS RECORD IN LA LIGA

Despite his small stature of 5’10, Kounde had one of the finest aerial duels statistics in La Liga last campaign, even better than Sergio Ramos. According to the center-back, this is due to his opponents’ constant underestimation of him.

“I win more aerial duel matchups than Sergio Ramos because opponents are afraid to play long on Ramos,” Koundé stated. “They must be thinking, ‘It’s Jules Kounde, he’s not tall, we’re going to take him down in the air.'”

“I am frequently targeted, and I am aware of it. And that is occasionally pointed out to me. That is something I am told repeatedly after matches. When I go back and review my games, I see that I have a lot more aerial duels than the others. They tell themselves it will be easier against Kounde, which drives me.”

7. STARTED AS A GOALKEEPER

Jules Kounde’s voyage to stardom started at the age of five when he started playing football in his village. 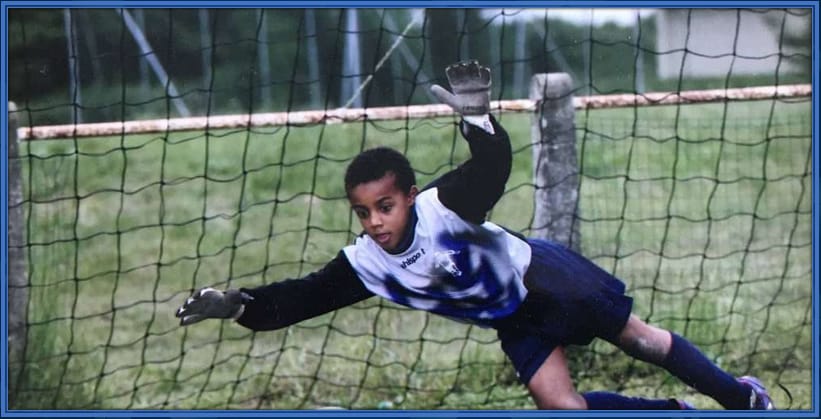 He began his amateur career with Fraternelle de Landiras. He had trouble identifying his position when featuring for them and experimented with many positions at first before settling as a goalkeeper.

However, as he grew older, he gradually realised that his skill set is ideally suited for a defensive role. So, by the age of 11, he had discovered his strongest position and proceeded to develop it.

His mom’s only request was that he should not play professional football at the expense of dropping out of school. She forced Kounde to continue his education until he received his Bachelor’s degree. Following that, he discontinued his studies and focused only on his football career.

Jules Kounde views life in a unique way, wanting to fully immerse himself in it and live it to the utmost.

In an interview, Jules stated that it would be a dream to not die and live forever. He believes that one day, a genius will invent a serum or potion that would allow everyone to live forever.

Jules Kounde’s net worth is estimated to be €1.3 million. Of course, with his transfer rumors to England and his outstanding football talents, he has tremendous room to improve both his income and net worth in the years to come. One of the most amusing things about Jules Kounde’s income is that his mother still can’t believe how much money his young son makes.

Jules Kounde playfully warns his supporters not to mock him for driving a Citroen hatchback in the image below.

His way of life looks to be comparable to that of N’Golo Kante, who appreciates everything about a low-cost vehicle.