RAIOLA AND HIS ARMY 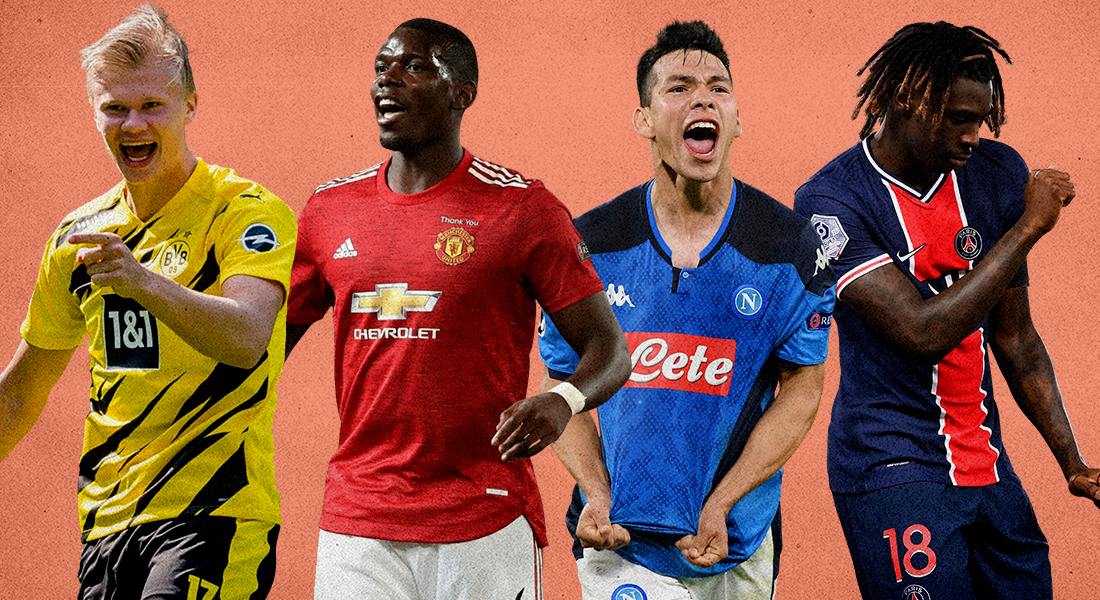 Player transfers play a huge role in the world of football. They help both the club and the player. Players are represented by agents who negotiate on their behalf. These agents play a key role in the negotiations and command massive fees as their commission. Mino Raiola is one of the few ‘Super Agents’ in world football currently.

Few agents have a massive pull on the transfer deals. They represent World-class players and promising talent. They rightfully earn the tag ‘Super Agent’. Mino Raiola is one such master of the trade. His roster includes the likes of Erling Haaland and Paul Pogba.

A powerful figure in the game, Raiola built his reputation over the years as a superagent. The Dutchman born in Italy was always a businessman. He took over his parents’ restaurant business and expanded it. Football wasn’t his forte.  His entrepreneurship skills made him the sporting director at Haarlem at only 19 years of age. He oversaw various high-profile transfers like Bryan Roy and Dennis Bergkamp from the Dutch league to overseas leagues.

Raiola then formed his own sporting agency directly negotiating. His first major transfer was Pavel Nedved’s from Sparta Prague to Lazio in 1996. Ever since he preceded over many groundbreaking deals. Paul Pogba’s world-record transfer to Manchester United in 2016 saw him pocket €25 million.

He’s not a loved figure in all quarters. His exploits and demands sometimes made him fall out with several clubs like Manchester United, Barcelona, etc. Most recently his comments over Paul Pogba at United have sparked controversy again.

A world-class 11 can be drafted from Raiola’s roster that has both experienced players and youth with infinite potential. Let us take a look at the 11.

The 22-year-old is one of the best goalkeepers in the world right now. His contract runs out this summer. No extension is signed with Milan. He is expected to fall into the free agency pool and join a European giant this summer.

Raiola will no doubt play a key role in choosing his client’s next club. A huge signing bonus and pay packet can be expected.

The Dutch right-back is in high demand after another productive season with PSV. He is being linked with a move to the Premier League.

Arsenal, Manchester United and Newcastle United are looking for a right-back and he might just fit the bill as Premier League suits his style.

The towering center-back is already a first-choice defender at Juventus at only 21 years of age. The Dutchman made a €75 million move to Italy after a breakout season with Ajax in 2019.

BREAKING: Matthijs de Ligt arrives in Turin ahead of his £67.5m move to Juventus from Ajax. (Source: @juventusfcen) pic.twitter.com/Z2Kqrvoatj

He has struggled to adapt to the Serie-A in his first season. Injuries to senior center-backs have presented him with opportunities. Even though he’s performing well, he is reportedly unsettled at Juventus. A move to Barcelona might be on the cards.

The 29-year Dutch centre-back is in the prime of his career. He is set to win the Scudetto this season with Italian giants Inter.

Another step towards our goal! 💪⚫️🔵 pic.twitter.com/yURsO3lqe5

He was always linked with a move away from Italy. Manchester United, Liverpool, Juventus are rumored to be in talks with Raiola for his client’s signature.

A loan move to Genoa has massively helped the youngster develop. He’s getting game time and honing his skill at Genoa.

Juventus are impressed with his performances and would keep him for the next season to compete for first-team places.

The midfield lynchpin is enjoying supreme success in the French capital. He has won everything there is to be won in France. He is currently spearheading a charge for PSG’s first Champions League title.

Though he’s contracted to 2024 in Paris, a move might be on the cards if Veratti wants a new challenge.

Mino Raiola’s biggest transfer till date, Paul Pogba has been constantly linked with a move away from Manchester United. The French Worldcup winner has had critics in England.

Paul is not mine and for sure not Solskjaer’s property, Paul is Paul Pogba’s. pic.twitter.com/CvBHW8mj8U

When he plays for them he impresses the most. His off the game attitude has hurt some fans of the club and ex-players. Raiola speaking out in his client’s favor has sparked controversy at times. A move back to Juventus or Real Madrid can be possible if United decides to cash out on him with his contract expiring next summer.

Chucky Lozano made an ambitious move to Napoli last summer. The Mexican’s exploits in the 2018 World cup already made him a fan favorite.

Though there were initial struggles he found his feet well. His second season in Naples is going well. His pace and finishing have pestered the defenders. His versatility to play across the forward line makes him even more special.

The 18-year-old teen is having a fantastic season at Ajax. His exploits in the Eredivise are leading Ajax to the league title. He excels as a number 10 on the pitch.

Billed as one of the biggest young talents a big-money move awaits. Manchester United, Chelsea and Liverpool are said to be in the hunt for him.

Son of the legendary Lilian Thuram, Marcus has started his career in a brilliant fashion. His goals and assists at Gladbach make him an entertainer.

A versatile winger and a forward, he has attracted suitors from Juventus, Barcelona and Manchester City.

The Norwegian strike sensation is one of the best strikers in the world already. A predator in the box, his pace, strength and vision make him impossible to defend. His goals are a saving grace to Dortmund this season.

Confirmed. Mino Raiola is in Madrid *right now* after leaving Barcelona on a private flight. There is also the Haaland’s father with him.

A move away from Dortmund looks imminent. He’s ready to take the next step in his career and move to a big club. Almost all the top clubs in the world are ready to fight for his signature. Raiola has already made whirlwind tours to Spain and England to offer his client’s services. Any move might see him become Raiola’s biggest ever transfer.