Chelsea’s win over Leicester City at Stamford Bridge in the Premier League turned ugly late on as Antonio Rudiger initially clashed with Leicester City’s Ricardo Pereira. Tempers ran high in London as both sides were vying for a Champions League place next season.

The two sides had previously met in the FA Cup final this season, where Leicester City emerged triumphant. Liverpool are hot on the heels of both the Foxes and the Blues as the defending champions aim to qualify for the most prestigious competition in club football.

The Reds have already relinquished their league title to Pep Guardiola and Manchester City this season. 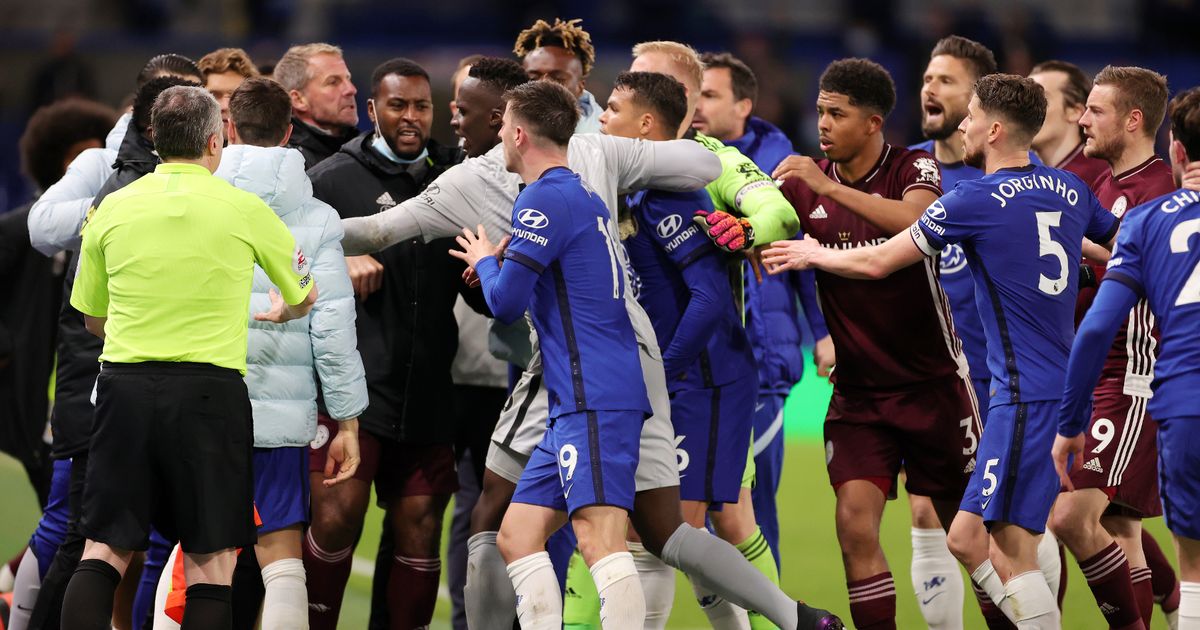 But the course of events towards the end of the match at Stamford Bridge turned nasty as both sets of players engaged in an all-out, no-holds-barred brawl on the pitch.

The referee showed the yellow card to a total of seven players in the aftermath of the condemnable incident in the British capital. In light of the altercation that occurred in the match, FootTheBall takes a look at the seven dirtiest matches in Premier League history

This match’s referee Kevin Friend was a really busy man on the evening of the 9th of February, 2010 on England’s south coast. Pompey defender Ricardo Rocha was given his marching orders by Friend early on.

This didn’t obviously help the home side and they found themselves a goal down barely three minutes after Rocha’s dismissal from the game. 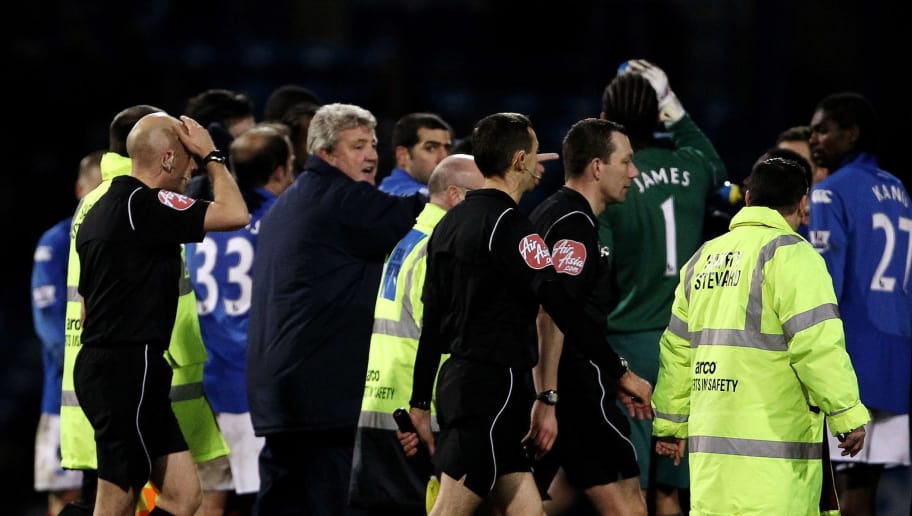 Three red cards were shown by Kevin Friend that night on the south coast of England (Image courtesy – 90min.com)

The visiting side took matters into their own hands in the second half. Sunderland’s Lee Cattermole and David Meyler went for early showers after being dismissed by Friend.

A spontaneous quarrel escalated quite quickly in a rare North London Derby victory for Tottenham Hotspur at White Hart Lane.

The home side were two goals to the good courtesy of Steffen Iversen and Tim Sherwood’s efforts in the first half. Partick Vieira pulled back one back for the visitors to set up an exciting second half. 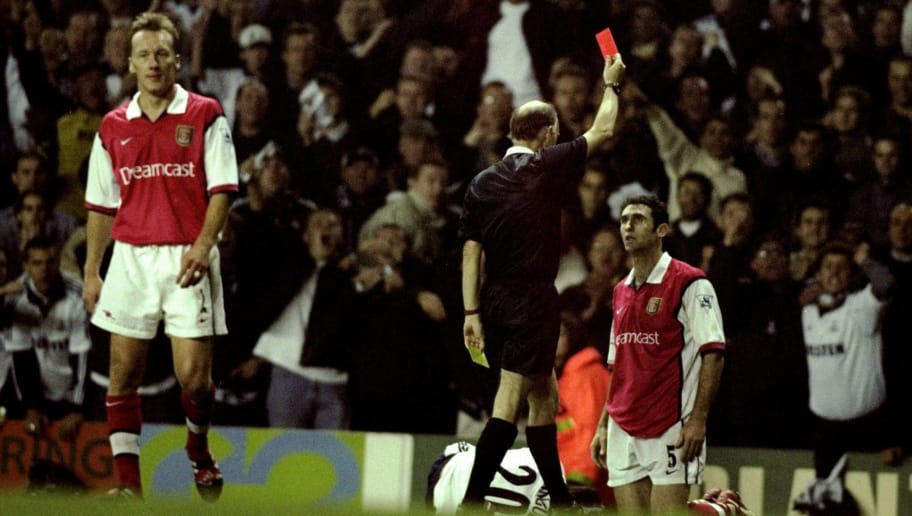 But Arsene Wenger’s side had to pay for the mistakes of Freddie Ljunberg and Martin Keown as both of them were sent off. Spurs held on to secure a win against Arsenal as George Graham got the better of his former side

Steven Gerrard headed down the players’ tunnel after only 18 minutes on the clock. The former Liverpool captain went in for a cynical tackle on Kevin Kilbane and, in the process, was shown his second yellow card of the match. 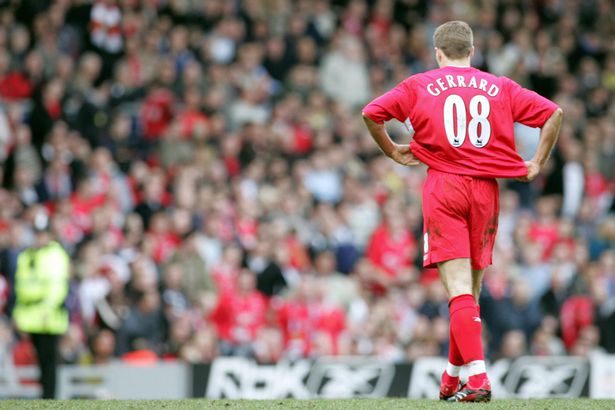 Everton weren’t far behind in this aspect of the game as Andy van der Meyde also received his marching orders after elbowing Xabi Alonso in the face in the 73rd minute.

After this incident, things went further downhill for Everton who hadn’t been able to capitalise on the man advantage they had been gifted by Gerrard. The Merseyside derby is one of the most hot-blooded games in the Premier League and this particular one, was especially “well contended.”

Fulham picked the lion’s share of bookings in this match, as they fought towards a draw at the Hawthorns in the West Midlands. There were six yellow cards shown in this match along with two red cards as both sides could only manage to score a solitary goal during the entirety of the match. 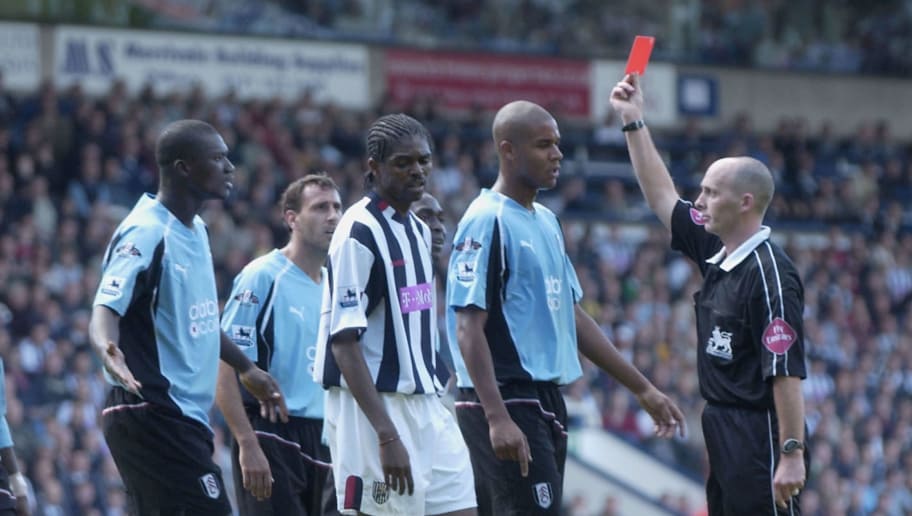 Papa Bouba Diop, Neil Clement and Andy Cole were dismissed by the referee during the match. The players who received a lowly booking in comparison to the above mentioned players were: Sylvian Legwinski, Zat Knight, Collins John, Adam Green, Darren Purse and Edwin van der Sar.

This was until this season, Everton’s last victory over the Reds at Anfield. The Evertonians were ecstatic after this match, but what happened in the 90 minutes can hardly be termed as football. Kevin Campbell put the visitors ahead on four minutes and after that it was pure pandemonium. 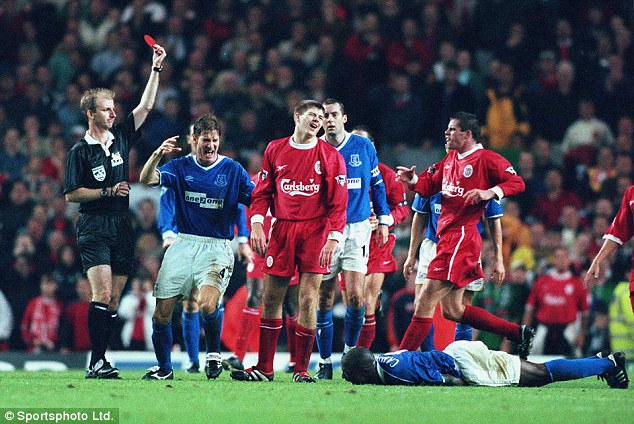 Francis Jeffers and Sander Westerveld were both sent off with fifteen minutes remaining on the clock. Irishman Steve Staunton deputised for Westerveld in goal and did a remarkable job by keeping a clean sheet.

Liverpool were absent from the game, save one event in the match – Steven Gerrard earning a straight red for the Reds.

The only goal this match saw was a Heidar Helguson penalty that ultimately won the match for QPR as Chelsea collapsed like a pack of cards at Loftus Road. 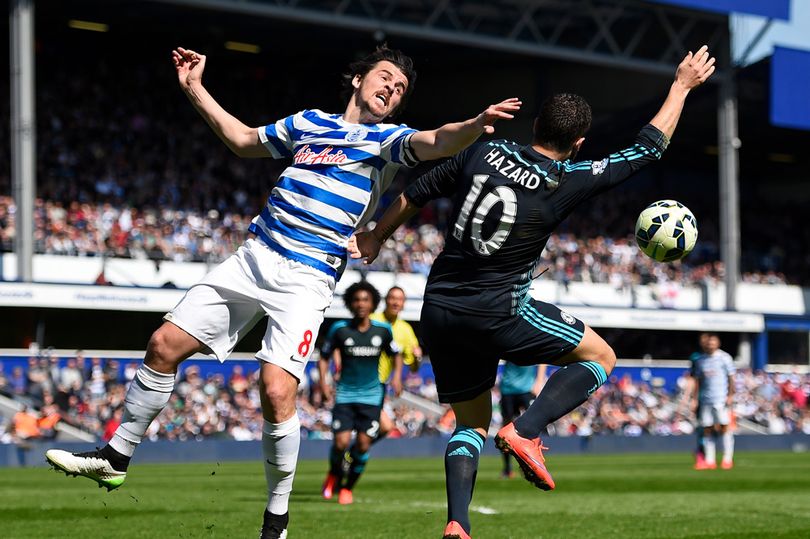 Jose Bosingwa and Didier Drogba were given their marching orders by the referee even before half time, while Blues captain John Terry was accused of racial abuse and insult by Anton Ferdinand. Only three players from Chelsea – Juan Mata, Petr Cech and Daniel Sturridge – didn’t enter the referee’s book that evening

Our countdown ends with this game – officially the dirtiest match in Premier League history. In West Ham’s former stadium Upton Park, Ian Wright went into the players’ tunnel after just 16 minutes had been played in the match after receiving two bookings. 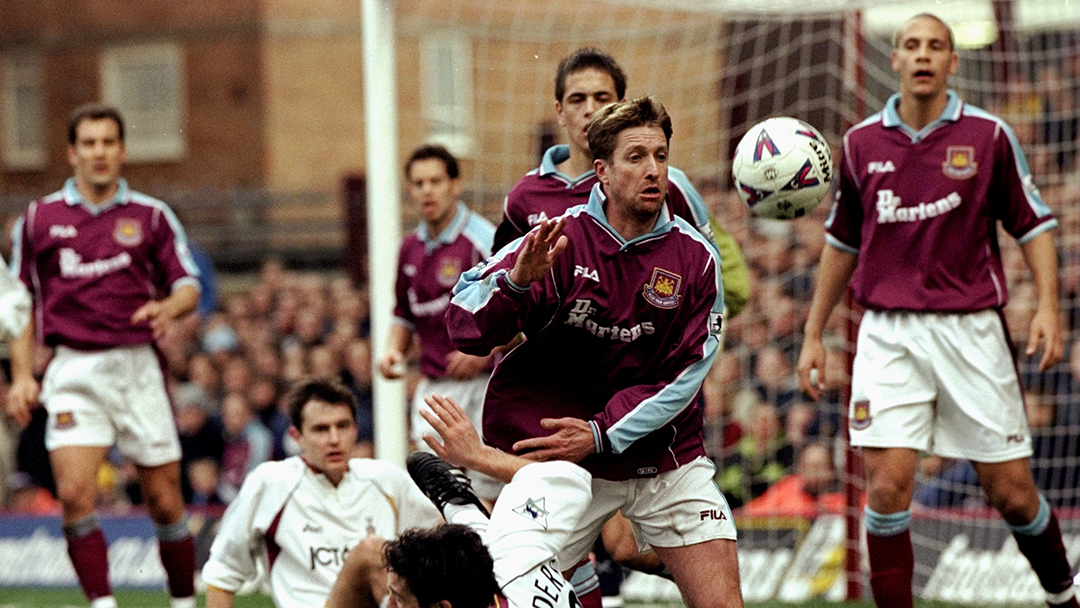 West Ham’s goalkeeper Shaka Hislop was the next to follow his teammate into the players’ tunnel after he fouled Jimmy Floyd Hasselbaink.

And this wasn’t enough for the Irons as Steve Lomas went in for a nasty challenge before receiving his marching orders to end a horrific day for the home team. At full time, a 5-1 defeat sounded almost like it had saved the Irons from the blushes in front of the home crowd