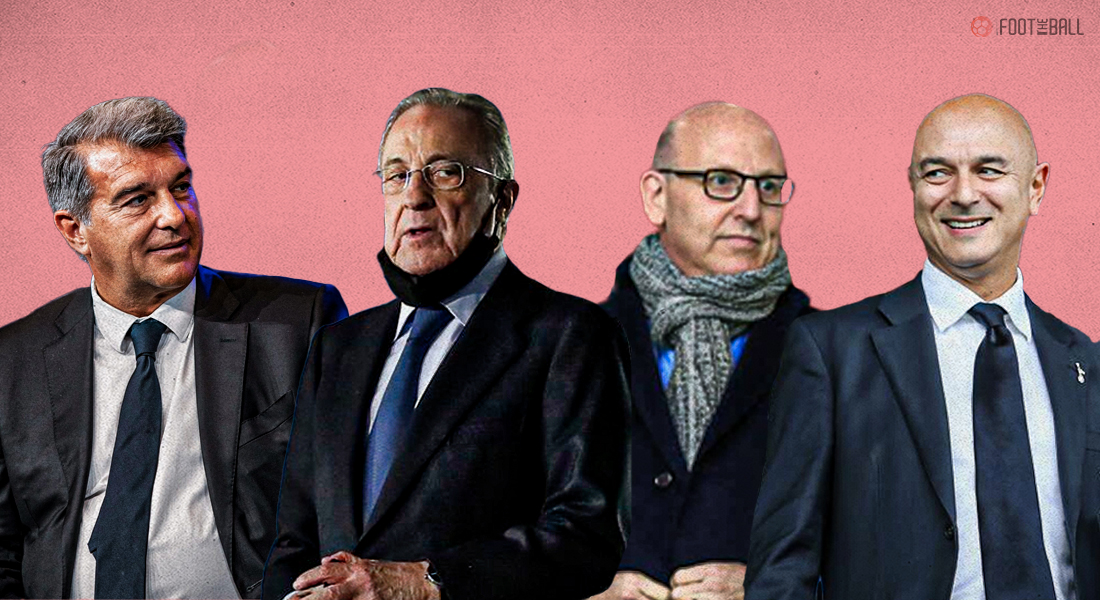 TEN CLUBS WHOSE REVENUES WERE MOST AFFECTED BY THE CORONAVIRUS PANDEMIC - BARCELONA, REAL MADRID AND MORE

The Coronavirus pandemic has impacted billions of lives across the globe in the past 18 months and football clubs have been no different in terms of the negative effects they have had on their income and revenues.

The top 20 clubs, by revenue generated throughout a season, have collectively missed out on nearly €2 billion of revenue across the 2019-20 and 2020-21 seasons, primarily through matchday, broadcasting, and commercial revenue.

Spanish giants Real Madrid have recently released a statement regarding the economic impact that the club have had to brace for due to the current pandemic situation and their profits over the last two seasons.

We, at FootTheBall, look at the top 10 clubs that have been affected by the pandemic in terms of their revenues:

Note: Except for Real Madrid, no other club in this list has released their statements for the 2020-21 season. For those clubs, the 2019-20 reports are considered.

Note: All prices quoted here are in Euros to maintain uniformity.

In a simple sentence, Barcelona’s financial situation can be summed up in one sentence: They are a mess. Joan Laporta has a massive task on his hands. (Image Courtesy: Barcelona / Website)

Most of the club’s fall in revenue was in the matchday and broadcasting revenue streams as both saw a decrease of 20% and 15%, respectively. It is anticipated that there will be another decrease for the 2020-21 season, but that is not their major problem as they can continue to have sustainability with losses in revenue.

The major problem for Barcelona is their wage budget and the issue with registering new players, which Joan Laporta has to solve quickly before the start of the new season. 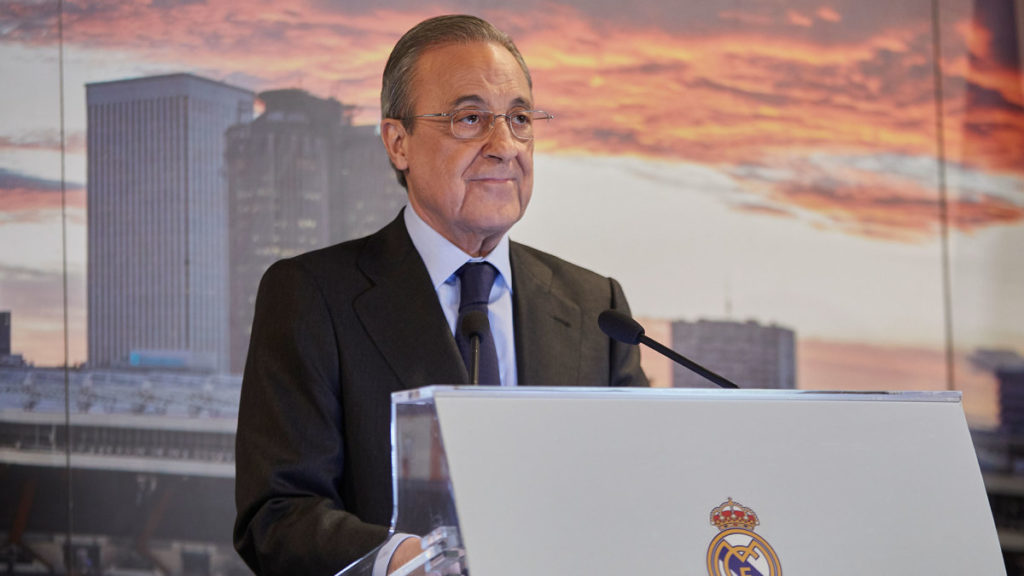 Florentino Perez has made sure that Real Madrid stay profitable even during the pandemic time. (Image Courtesy: Marca / Website)

However, for the second year in a row, the club have announced an operational profit of €874,000 which might be a small amount but a rare scene as no other major club has posted a profit in these pandemic times.

But the club have announced that they have seen a loss of around €300 million, a number that would have added to their revenue if the growth had been according to the pre-pandemic forecasts.

The German champion are one of the few big clubs to have not registered a huge loss in their revenue, as there was only a decrease of 4% in the revenues for 2019-20. Although Bayern hasn’t seen a significant loss, Oliver Kahn will be responsible for taking the club forward after taking over the reins from former CEO Karl-Heinz Rummenigge. (Image Courtesy: Bundesliga / Website)

This was due to the fact that they went on to win the sextuple, becoming the second team after Barcelona in 2009, which saw their commercial revenue increase by €4 million.

Also, they were helped by the quicker ending of the Bundesliga that has seen only a negligible loss in terms of broadcasting revenue, with the major loss coming from matchday revenue.

86% of this decrease is represented by broadcast revenue, the absence of Champions League football and resultant UEFA distributions, and the impact of COVID-19 – with the deferral of matches into the financial year ending in 2021 and rebates to broadcasters – being the primary causes of this decline. 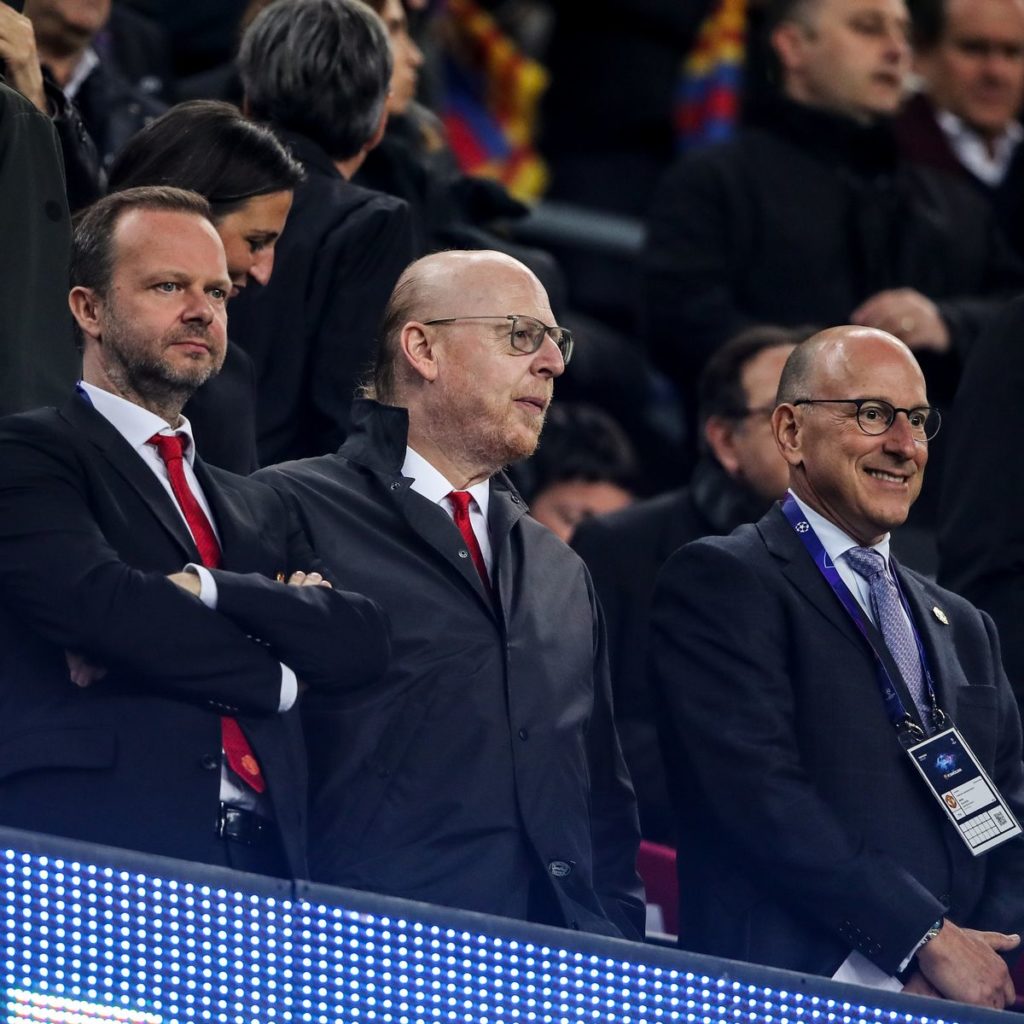 With Ed Woodward leaving in December, the Glazers will have to find a suitable candidate to take the club forward on the financial side. (Image Courtesy: UEFA / Website)

For the first six months of the 2020-21 season, the club posted a 7% drop in revenue. They are in considerably better space than some of the clubs in the English league due to their vast number of commercial partners. 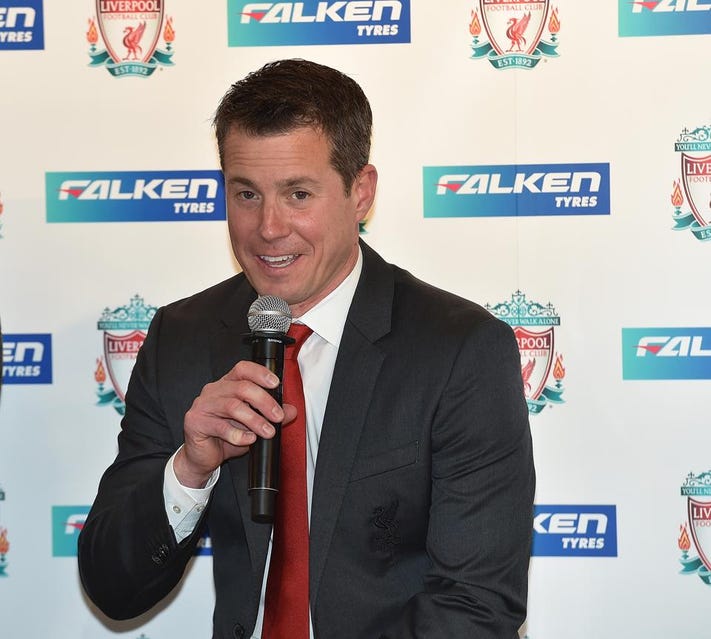 Billy Hogan will be responsible for taking Liverpool forward after his appointment as CEO in September. (Image Courtesy: BBC / Website)

Due to the title win and the Champions League victory in the season prior, the club had seen substantial growth in their commercial revenue, but the pandemic has seen the matchday and broadcasting streams of revenue take a dip for Liverpool.

However, the club is optimistic that the revenue growth will reach the optimal level by the end of the 2020-21 season and their kit deal with Nike can help them grow even more. 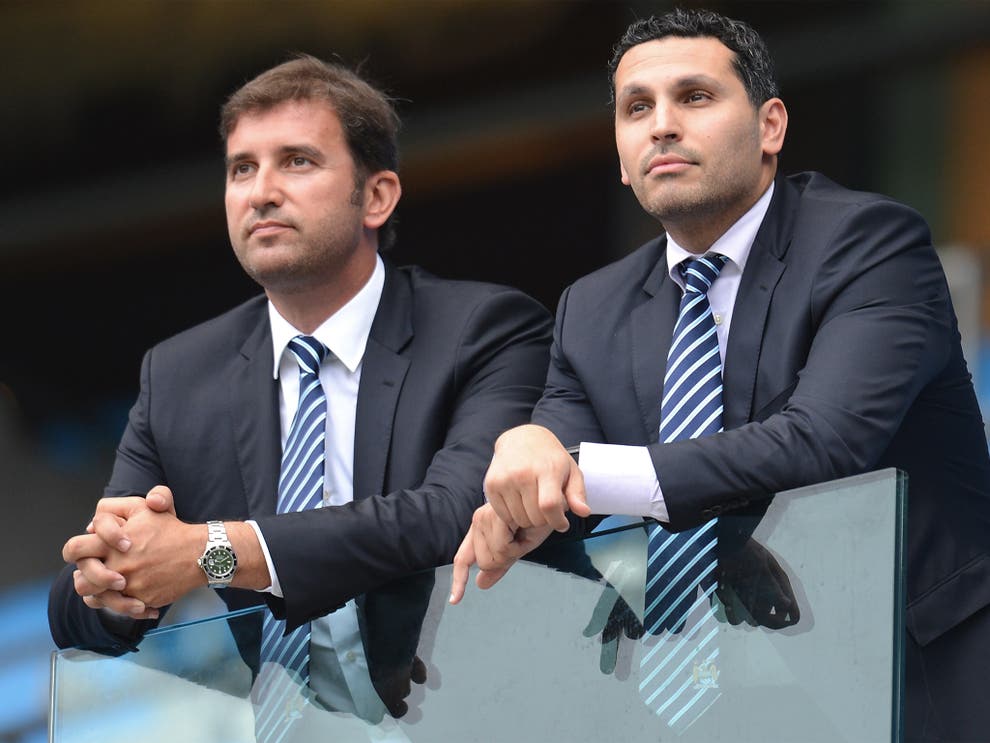 Commercial revenue growth was largely attributed to the club’s new deal with kit provider Puma, the long-term agreement providing a positive change in revenue from the previous deal with Nike, as well as the beginning of the agreement with training kit partner, Marathonbet.

But along with Paris Saint-Germain and Chelsea, Manchester City will not have any troubles with cash as long as they continue with their present owners.

The 2019-20 season saw Paris Saint-Germain secure a domestic treble and reached the Champions League Final for the first time. Despite the on-pitch success, the impact of the COVID-19 pandemic meant that the club experienced decreases across all revenue streams as overall revenue fell by €95.3m (15%) to €540.6m.

Although broadcasting revenue did not take a hit as expected in other leagues as a loan secured by LFP from the state helped sustain the domestic broadcasting distributions, it was the commercial revenue that saw the biggest fall. 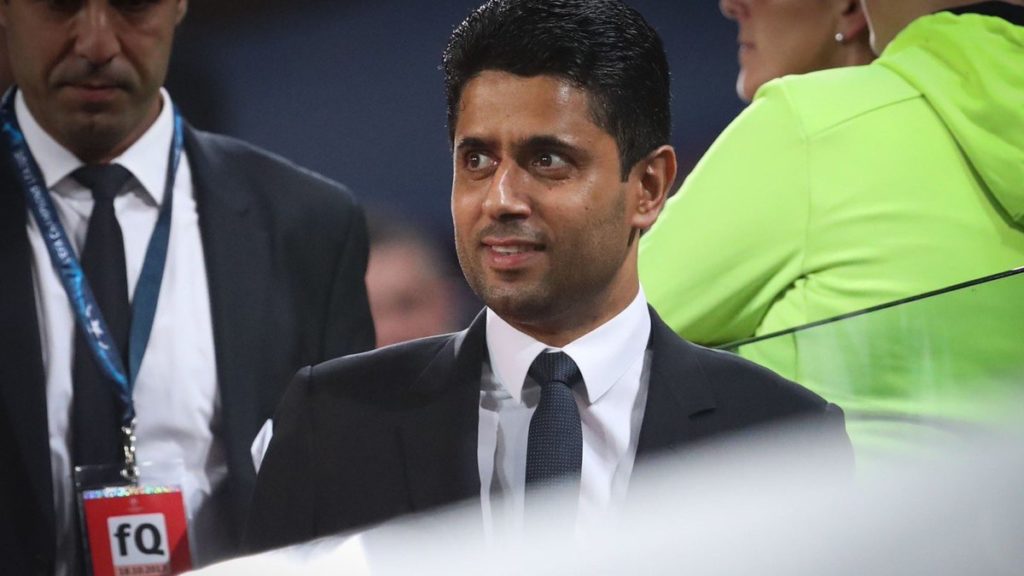 Deals with Accor and Nike were helpful but the expiration of the National Branding contract with the Qatar Tourism Authority and the deferral of commercial benefits from the club’s Champions League performance to the financial year ending in 2021 had seen the commercial revenue take a dip and had a significant effect on the overall numbers.

Chelsea’s revenue fell by €43.4 million (9%) to €469.7 million, as the club experienced a decline across all revenue streams.

Matchday revenue was the most impacted, falling by €14m (18%), due to a complete loss of ticket sales/matchday revenue for the affected games, with refunds being provided to fans for Premier League, FA Cup, and Champions League games played behind closed doors. 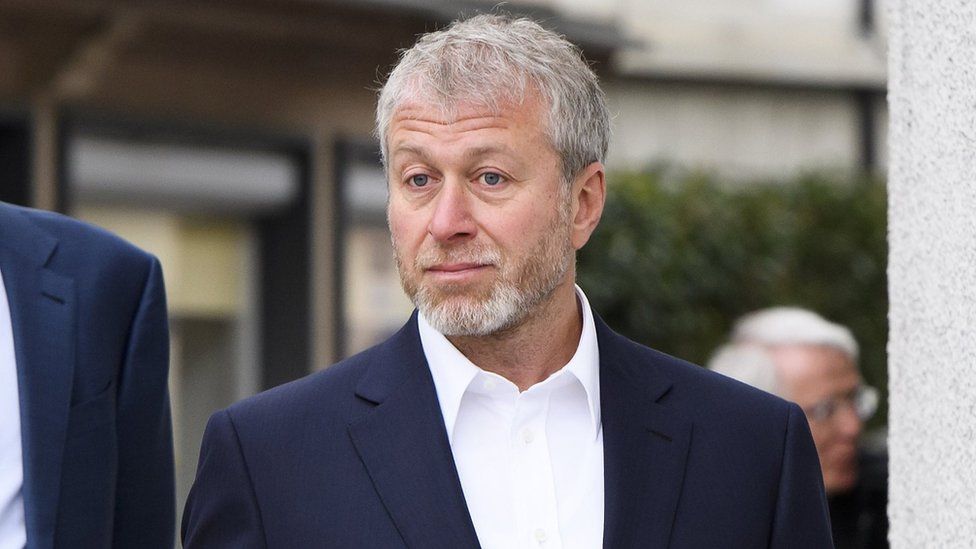 However, Chelsea has taken various short-term commercial decisions to overcome the current pandemic situation, such as signing a three-year shirt sponsorship deal with telecom giants Three and Duracell for the 2020-21 season.

This decline was majorly driven by a €122 million (44%) fall in broadcast revenue primarily due to the deferral of the 2019/20 season as a result of the COVID-19 pandemic. A part of this decrease can be attributed to the club’s performances in the league and Champions League particularly, with Spurs exiting in the Round of 16 compared to the Final in 2018-19. 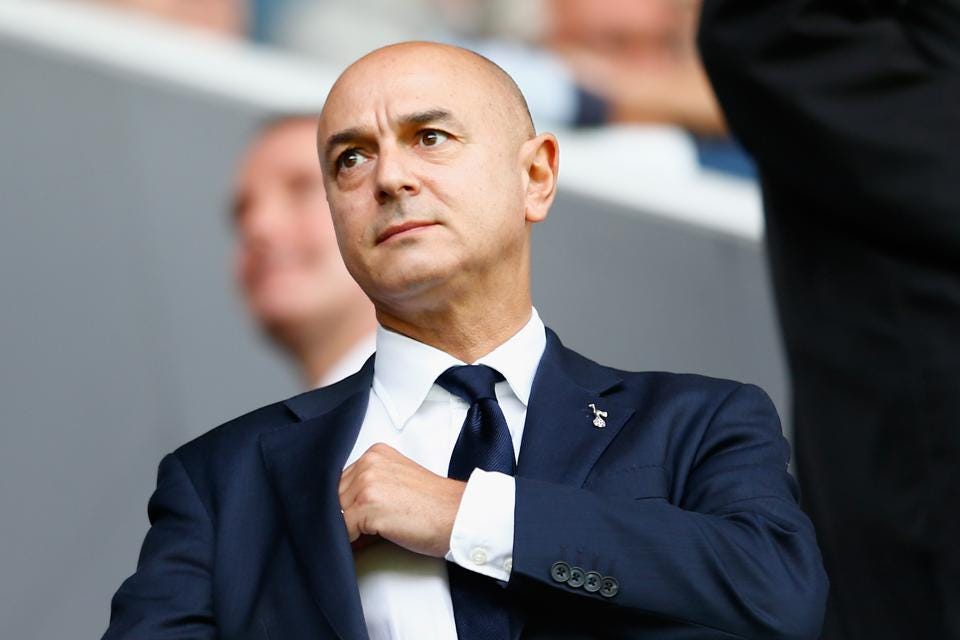 Daniel Levy will have to steer Tottenham out of trouble with their debt while using the new stadium to their advantage. (Image Courtesy: Forbes / Website)

However, they have registered increases in matchday and commercial revenues, 16%, and 20% respectively, owing to their new stadium and some steady finishes in the league, which will be a positive in the eyes of Daniel Levy, who will look to bank on it in the future.

Juventus’ revenue fell by €61.8 million (13%) to €397.9m, despite the club capturing its ninth consecutive league title and continued participation in the Champions League. The 36% decrease in matchday revenue is the highest amongst all clubs in this list and while the commercial revenue saw a slight increase of €3.3m (2%), despite the challenging environment in the latter part of the year. This was mainly due to the hike of around €25m with the kit sponsor, Jeep, and offsets other decreases in the commercial area.