As 2016 witnessed a squad worth under 24 million pounds, go on and win the Barclay’s Premier League campaign after having just scrapped through the relegation battle the previous year, everyone knew that history had been created. The foxes fairy-tale episode could go down as the best moment of any football story in the history of the British game. Following this remarkable journey, we look back at 10 such moments in football history which have left people all around the world, astonished.

After winning promotion into the top flight division in 1977, nothing more than surviving the relegation battle was what forest fans were aiming for. But, what they didn’t expect was that over the course of the next three years, Forest would go on to stamp their authority over the best teams in Europe. Whilst securing the division title and the League cup in 1978, 1979 and 1980 saw Nottingham go on and win the European cup and another League cup creating a remarkable haul of five major trophies in three seasons.

Coming into the UEFA Euro championships in 2004, Greece went on to cement themselves in the competitions record books in what was only their second ever participation in the tournament. Displaying a high level of discipline and team unity was the key to why Greeks outsmarted defending champions France and hosts Portugal, whose hearts were broken through Angelos Charistea’s 57th minute goal to which Portugal could never respond.

After having qualified below Yugoslavia in the 1992 European Championships, the Danes missed out on qualifying for the finals. Skip to 31st may 1992, and heartbreak turned into joyful cheers. Through International sanctions, Yugoslavia had been banned from the competition, giving their spot to the second placed team in their group, Denmark. What followed was a journey which will forever be embedded in the hearts of Danes all around the world. A team built on the heroics of goalkeeper Peter Schmeichel and the creative spark of Brian Landrup, victories over Netherlands and Germany on road to lifting the cup remains as the biggest achievement in the countries football history.

The clubs unbelievable run in the 2003/2004 UEFA champions League kick-started the career of a certain Jose Mourinho,who is regarded today as one of the world’s best managers. With victories over competition favorites Manchester United whom they scored against in the very last minute to set up a replay in Portugal to conquering Spanish giants Deportivo La Coruna. Porto went on to glide past Monaco in a one sided final to lift the club’s second European Champion club’s cup (Champions League) in their history. 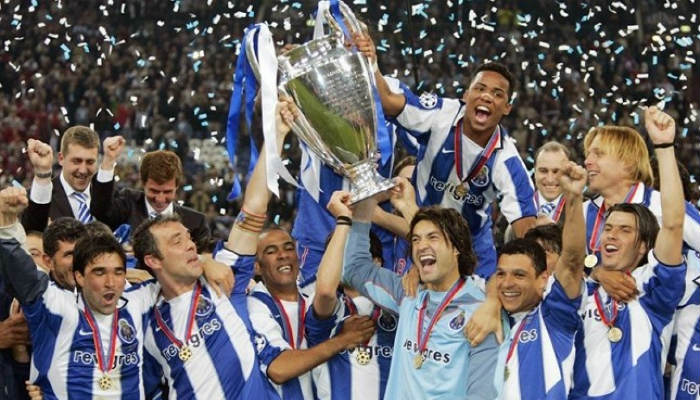 Kick starting the list of endless trophies that Sir Alex Ferguson went on to win in his managerial career, it is certain that 11th May 1983 will be long remembered. Not just because it was Sir Alex’s first but also because the European winners cup was achieved with a win against Spanish giants Real Madrid proving every bookmaker in the market wrong. A team blessed with players like Alex McLeish and Gordon Strachan, Aberdeen’s triumph will be regarded as one of the biggest upsets in the history of football, helping give prominence to United bound Sir Alex Ferguson.

1984-1985 season, and Serie A has a list of excellent players playing for their respective teams in the league. An era where we had Diego Maradona playing for Napoli, Michel Platini at Juventus, Karl-Heinz Rummenigge at Inter, Falcao at Roma and Zico at Udinese. But despite the quality, an unfashionable provincial club who had just recently got promoted from Serie B went on to win the league and achieve the impossible. Osvaldo Bagnoli, the legendary manager of Hellas Verona, guided the team across the line and based the credit to the hard work the team did day in and day out, 365 days a week in training. That’s how he believed, the Serie A title had been snatched from the several Italian giants.

After activating self-destruct mode in mid-season, owner Roman Abramovich decided to put his foot down by sacking Andre-Vilas Boas. Roberto Di Matteo took his place and guided the team to a remarkable round of 16 second leg win against Napoli after a first leg deficit of 3-1. Following it up with an unexpected semi final win over Spanish giants Barcelona thanks to the heroics of Goalkeeper Petr Cech who kept Messi at bay throughout the game, the blues were finally believing. Coming into the final, the task at hand was Bayern Munich at their beloved Allainz Arena was the venue. Bookmakers didn’t give the blues much of a chance but club legend Didier Drogba had other plans. From the beastly equalizer to the winning penalty, he single-handedly helped Chelsea to the European crown for the first time in their history. 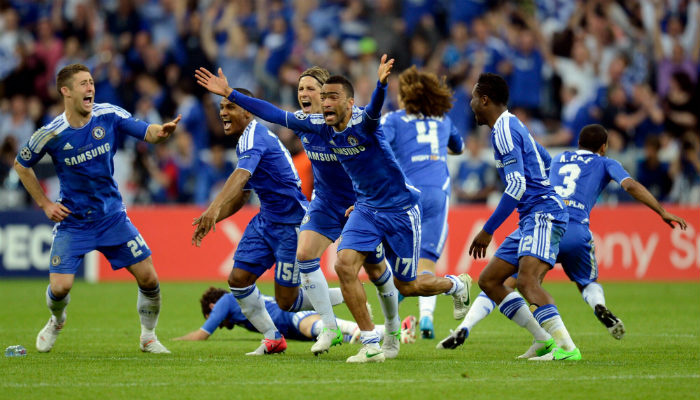 Prior to 1994, the nation had never won a match in any of its previous World cup appearances. However, that all drastically changed through the attack led by the tournament’s top scorer Hriesto Stoichkov who helped the Bulgarians defeat the likes of Argentina and Mexico before a historical shootout win against Germany. Semifinals saw the dream end though, as on the day, Bulgarians failed to contain a certain Roberto Baggio and Italy, eventually losing the match 2-1. However, their epic run till the semi-final will be remembered by every footballing fan world over.

A rock solid performance against defending champions France saw Senegal grab attention across the world right from the onset. A group of African unknowns who were making their first ever world cup appearance in 2002, went on to advance to the round of 16, following no defeats during the group stages. In the Round of 16 Senegal faced Sweden. On the night, it was Henri Camera who was the star of the show as he scored both goals in an extraordinary 2-1 win which had to be settled over extra time. But, the run would have to come to an end in the quarter finals as Senegal could not find a way past Turkey in a 1-0 defeat, ending the nations only world cup appearance to date.

Defending champions Argentina began their campaign hoping to show the world what they had to offer coming into the World cup in 1990, as they took on an Cameroon side which was making just its second appearance in World cup history. But an historical 1-0 upset with the benefit of an absolute howler from the hands of goalkeeper Nery Pumpido leading to the goal made it one of the tournament’s biggest. Not satisfied with just one win, Romania was also put to bed on road to the round of 16. In a tie where they came up against a fancied Colombian team, an extra time upset led to the Indomitable Lions capture a 2-1 win and a ticket to the quarter finals of the competition. England, were their opponents but after giving away two needless penalties, Cameroon went on to lose the match 3-2 in extra time which led to complete heartbreak across the entire continent of Africa. But reaching the quarterfinals of the world cup in 1990 has gone down as one of the country’s biggest achievement in football.