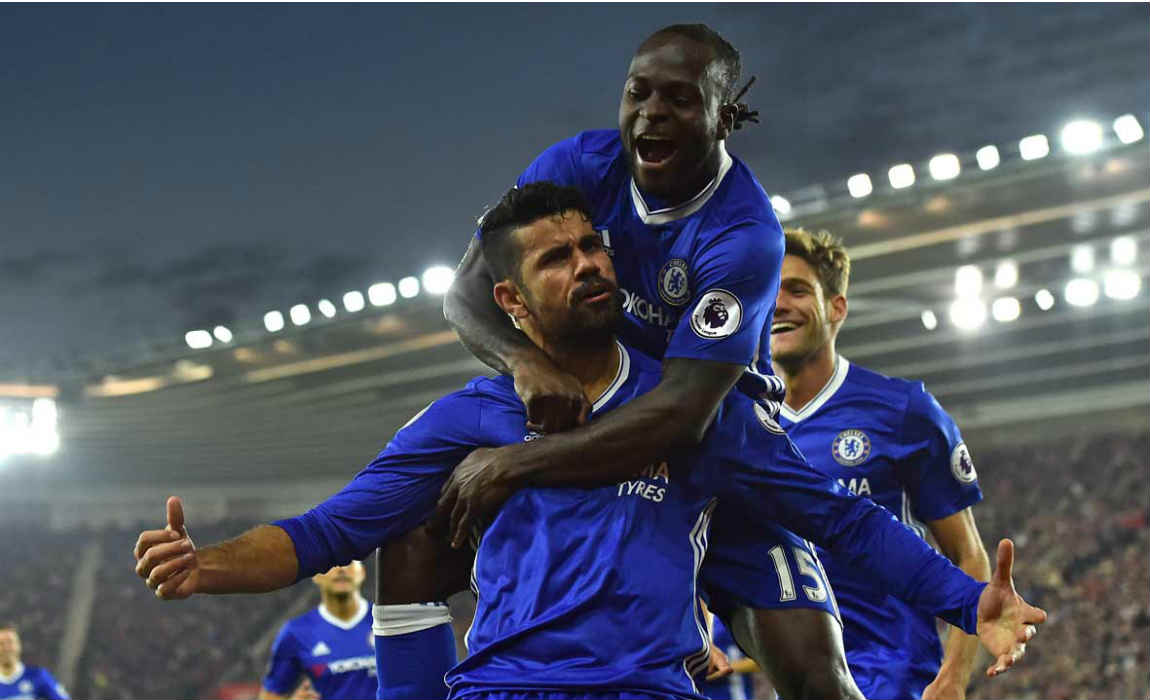 Chelsea striker, Diego Costa is the 6th fastest player to reach the 40 goal barrier in the Premier league. 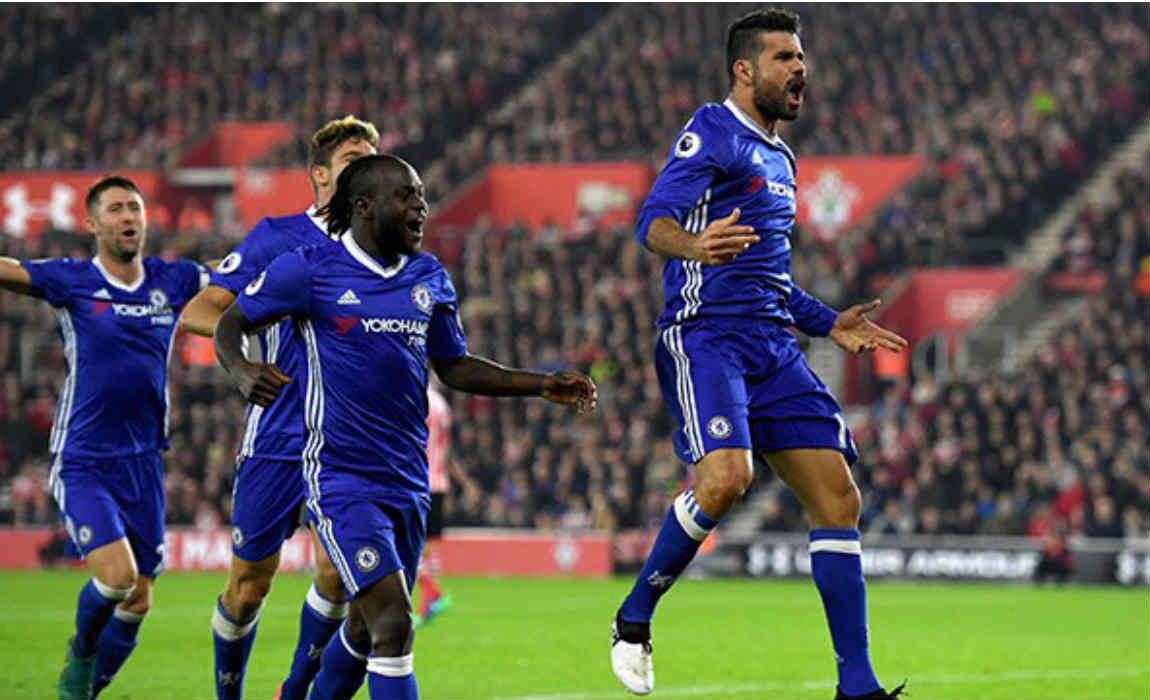 The Spanish international did so in his 64th outing by curling in a beautiful shot from 30 yards beating Fraser Forster quite comfortably.

Chelsea cruised to a 0-2 victory at St. Mary’s as Conte enjoyed a fourth consecutive clean sheet in the league. 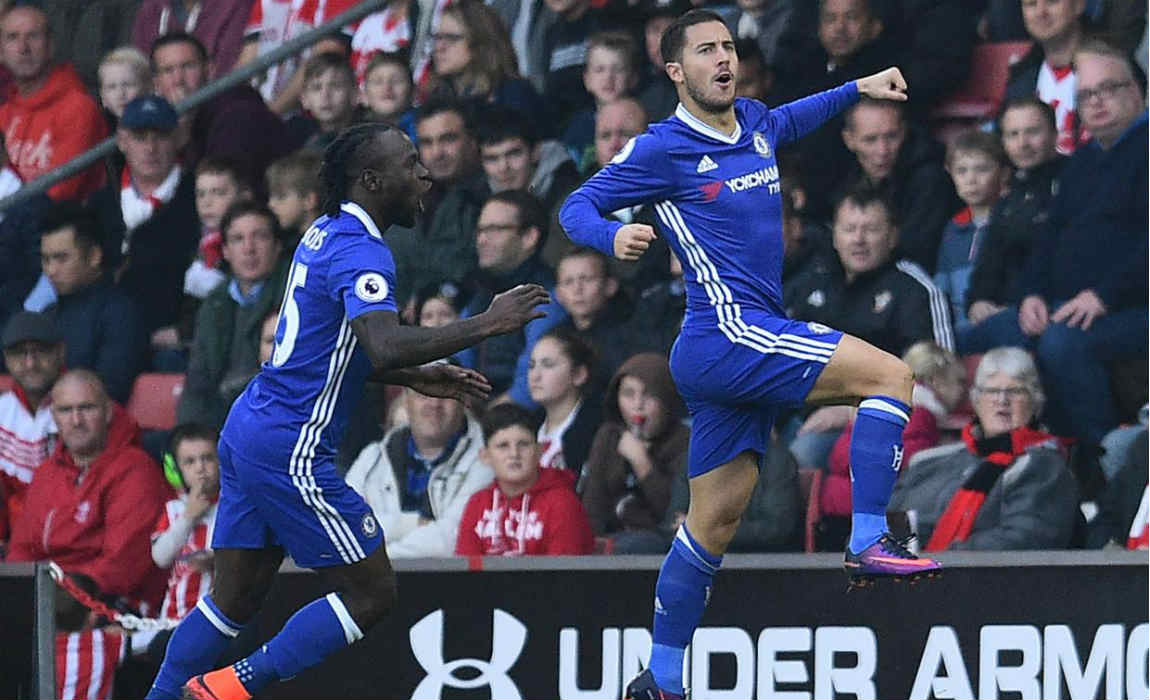 Eden Hazard gave the Blue’s an early 6th minute lead as he also made his mark with his 3rd consecutive goal in the league.

Conte’s men now sit at the 4th spot, only one behind leaders Manchester City. 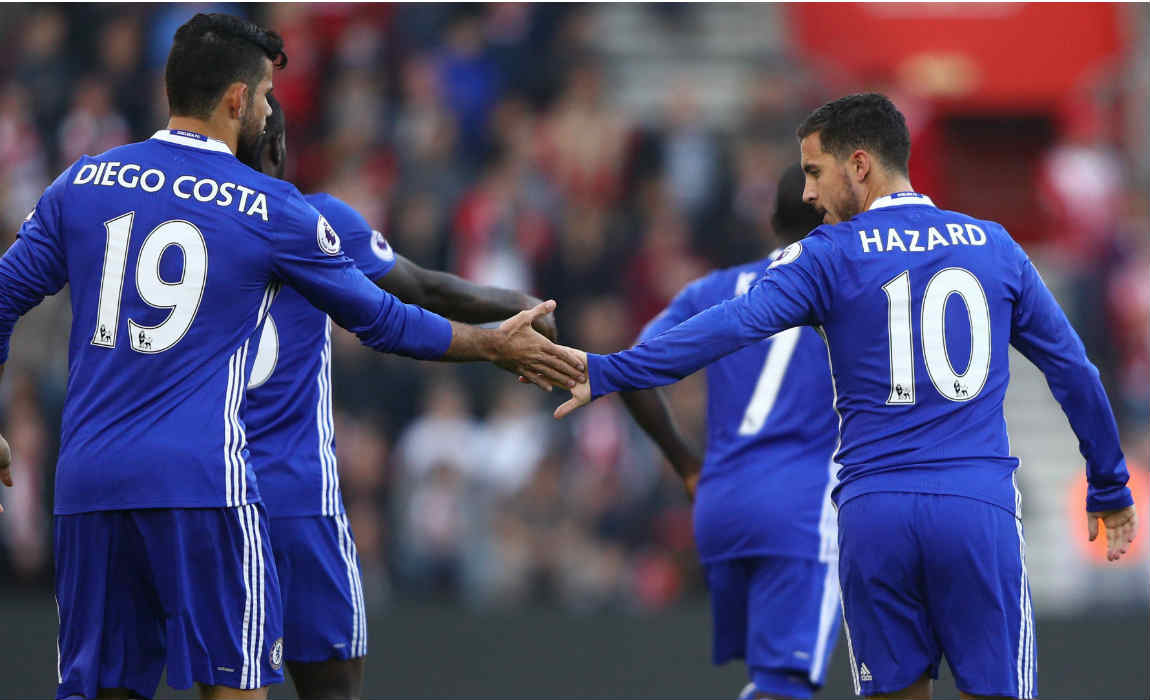 Costa’s wonder strike also made him the league’s top scorer as he beat Aguero by reaching the milestone 7 games faster than that of the Argentine.