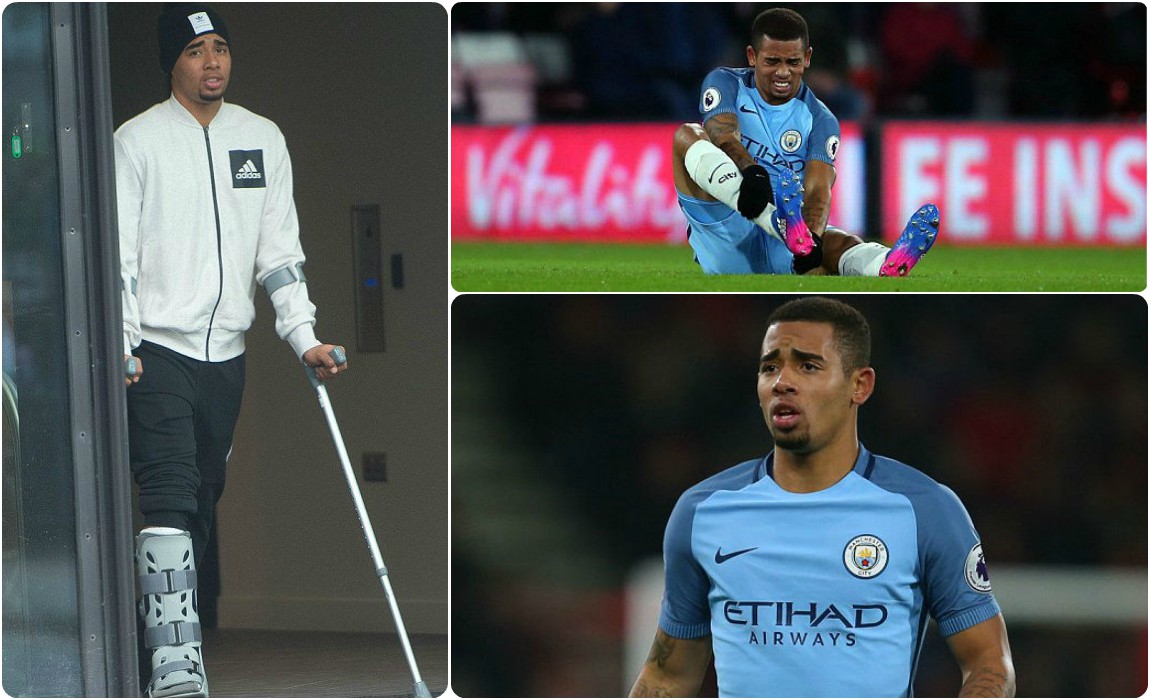 It seems that Manchester City star Gabriel Jesus has endured his first major injury after spotted with a glum look and a protective medical boot on.

Manchester City medical staff believe that the Brazilian will miss rest of the season after scans revealed he had broken a metatarsal in his right foot.

It is a bitter news for Manchester City fans and Gabriel Jesus to absorb after he went down in the first half in Monday’s 2-0 win over Bournemouth.

Banging 3 goals in his first 5 games, Jesus had already established his place in the starting 11 pushing Sergio Aguero on the bench to form an exciting partnership with youngsters Raheem Sterling and Leroy Sane. 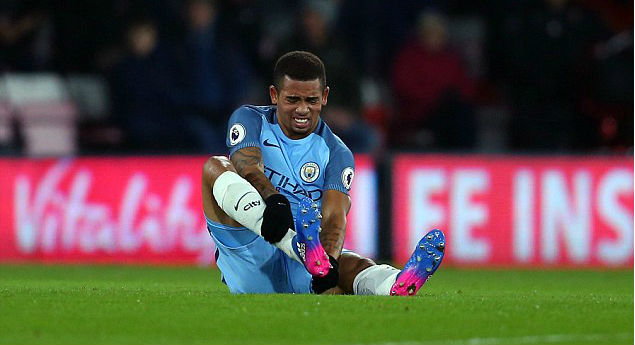 It should be a relieving news for Aguero whose Manchester City future was in doubts after being replaced by Gabriel Jesus.

The Argentine replaced Jesus in win against Bournemouth and forced the second goal when his shot was deflected into the net by Tyrone Mings. 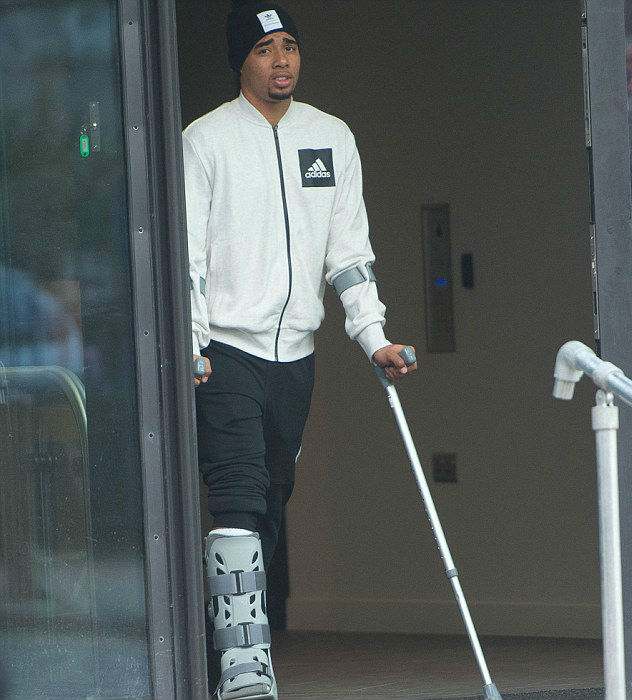 “It’s why the top teams have to keep their best players,” said midfielder Yaya Toure.

“Unfortunately Gabriel is injured but Kun (Aguero) came back and we scored straight away, and it was a very important goal as well.”

Jesus’ absence will most likely open the door for Kelechi Iheanacho who has not featured for the Citizens for a month.