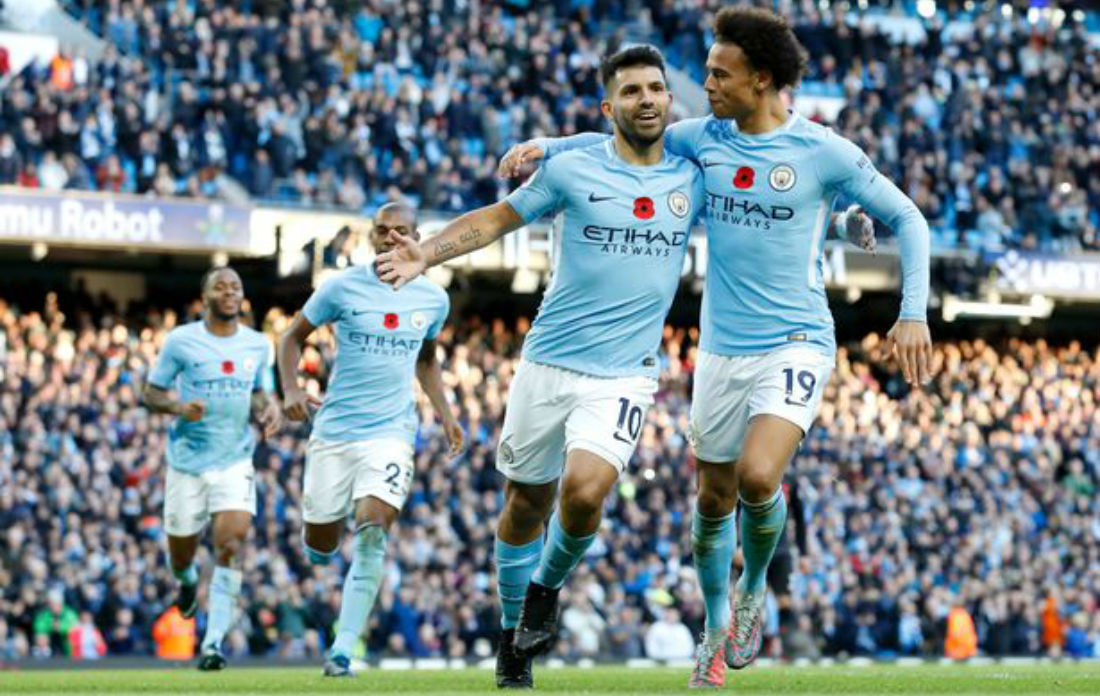 Manchester City continued their unbeaten run in the Premier League as the beat Arsenal 3-1 at the Etihad on Sunday.

Pep Guardiola’s side outclassed the visitors as Kevin de Bruyne, Sergio Aguero and Gabriel Jesus all got on the scoresheet. 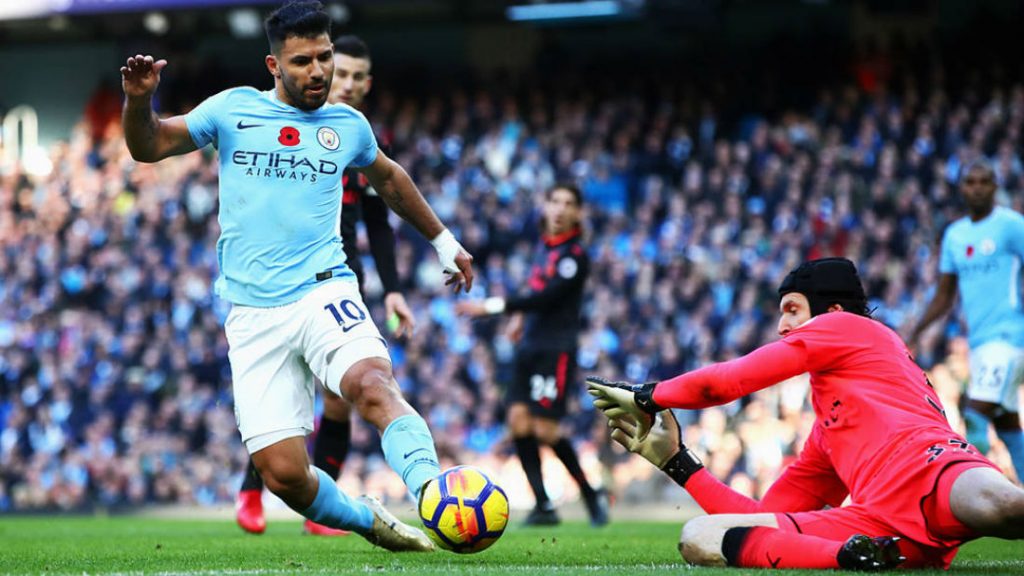 With Sunday’s victory, Manchester City opened up an eight point lead at the top of the Premier League table as second placed Manchester United dropped points in their loss to Chelsea.

City’s record breaking forward Sergio Aguero marked his special day in the only way he knows how with a goal in another win for Pep Guardiola’s men. 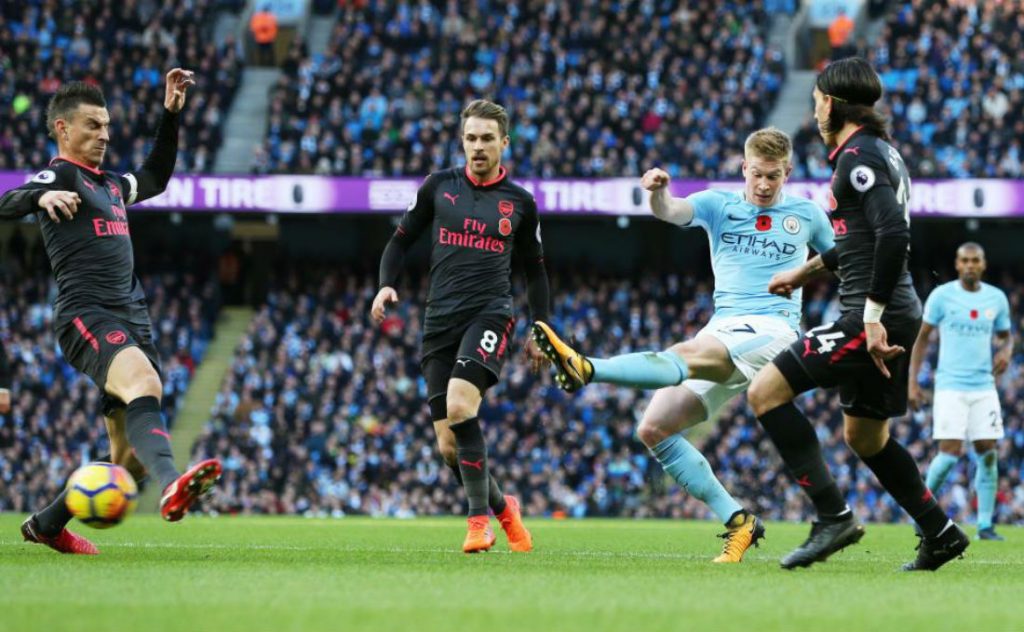 Belgian star Kevin de Bruyne continued his excellent recent form when he fired Manchester City into the lead with a well directed effort in the 19th minute, and despite City playing rather sluggishly, Arsenal had much to ponder about at half-time.

However, five minutes into the second half, Arsenal conceded a penalty as Nacho Monreal stepped across Sterling insode the box an referee Michael Oliver pointed to the spot. 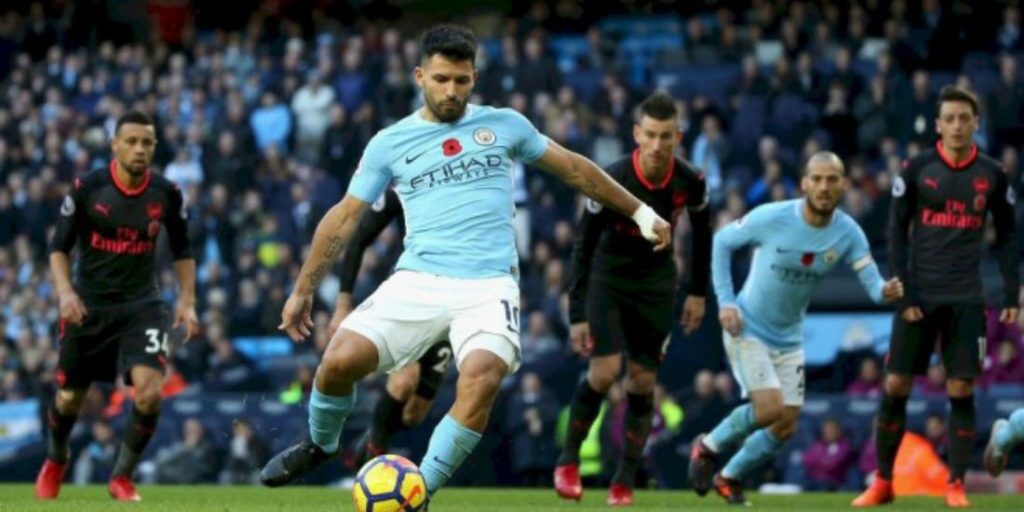 Aguero, who had ditched the golden boots at half-time, fired the penalty home off the inside of the post, his 179th goal for City.

The goal forced Arsenal manager to bring on £50 million forward Alexandre Lacazette, who was surprisingly left out of the starting up line up. The Frenchman pulled one back for Arsenal eight minutes after coming on with a low shot past City goalkeeper Ederson in the 65th minute. 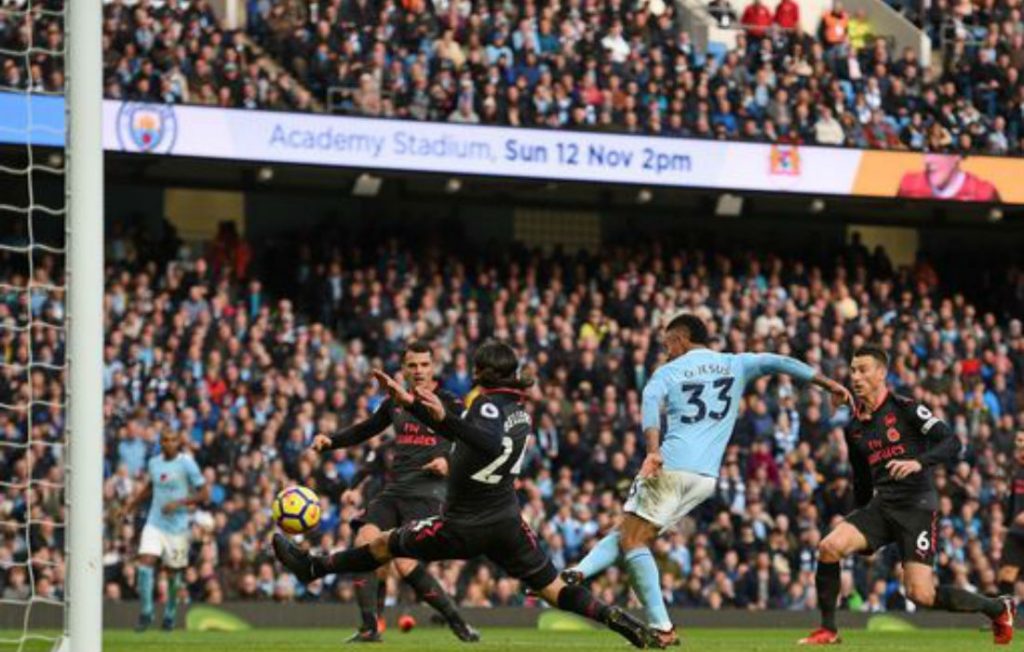 Any hopes of an Arsenal fightback were however put to rest as Gabriel Jesus scored a controversial third goal for City to seal a 9th consecutive victory for the Pep Guadiola’s  men.