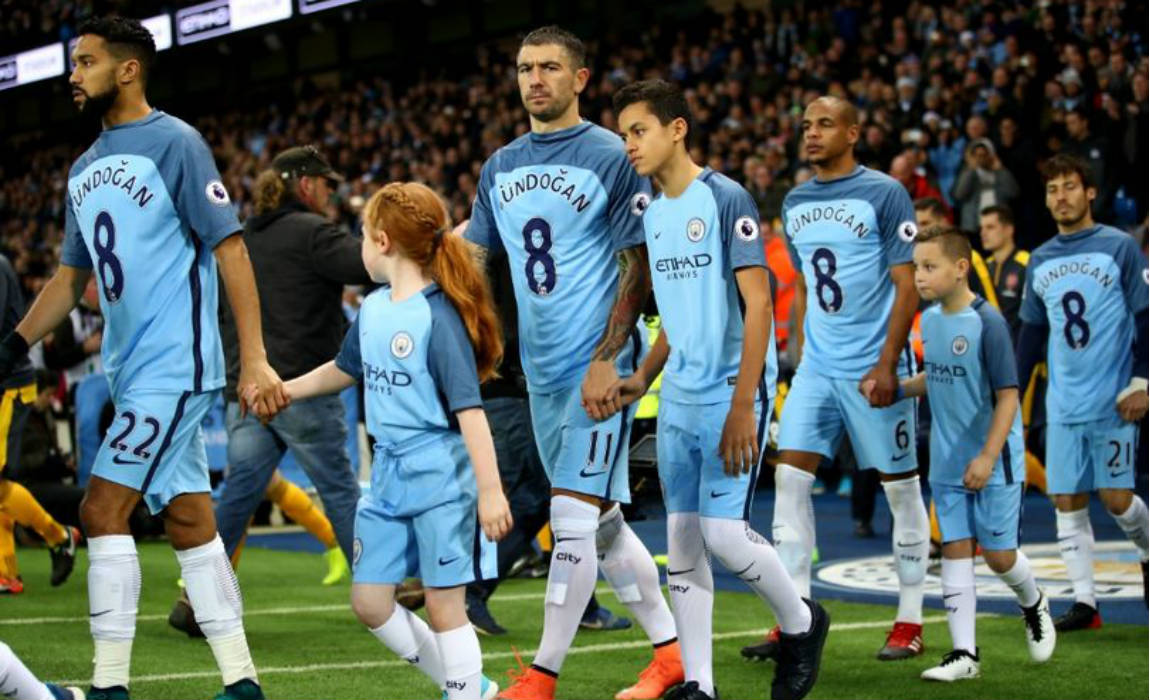 Ilkay Gundogan has tweeted to confirm that he is not dead – after Manchester City caused a social media storm by wearing tribute shirts to their injured team-mate. 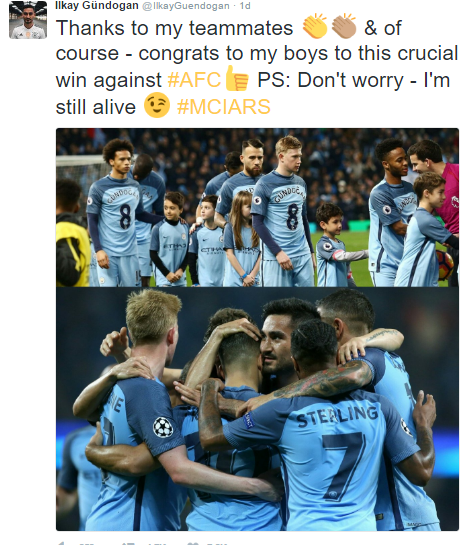 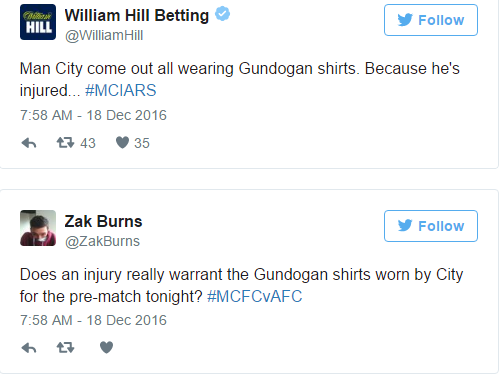 Twitter is a hub for trolling and mocking various footballers, teams and managers after their incidents on the pitch. 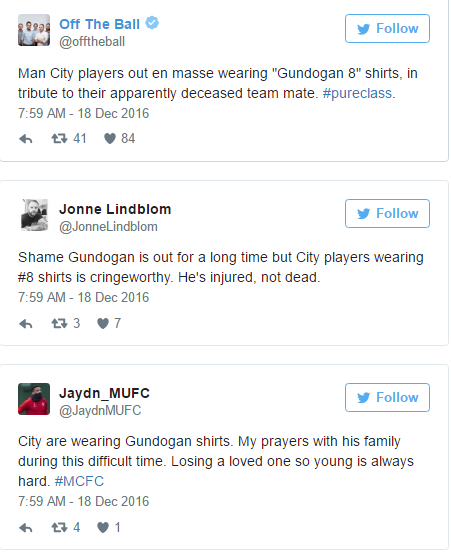 The Citizens came out with surprising back to front Gundogan named t-shirts before kickoff against Arsenal last night. 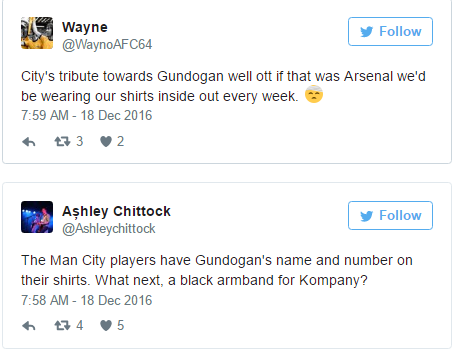 The idea was to show support to teammate Ilkay Gundogan who will miss the rest of the season due to a serious knee injury. 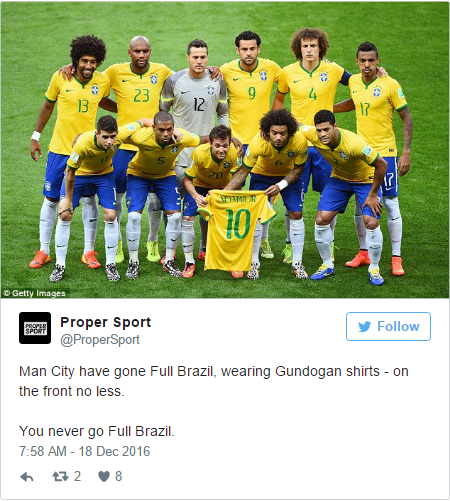 A nice, harmless tribute to a stricken friend, some might say. 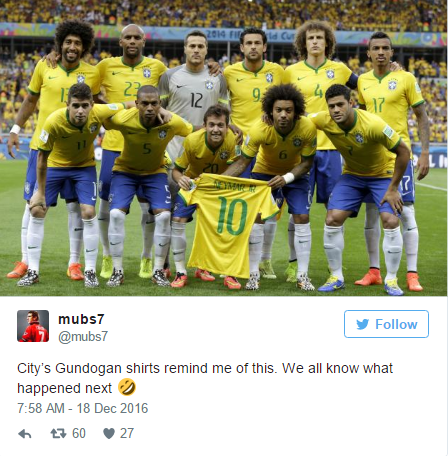 But the following tweets showcase that the tribute was overdone by the Manchester City stars.