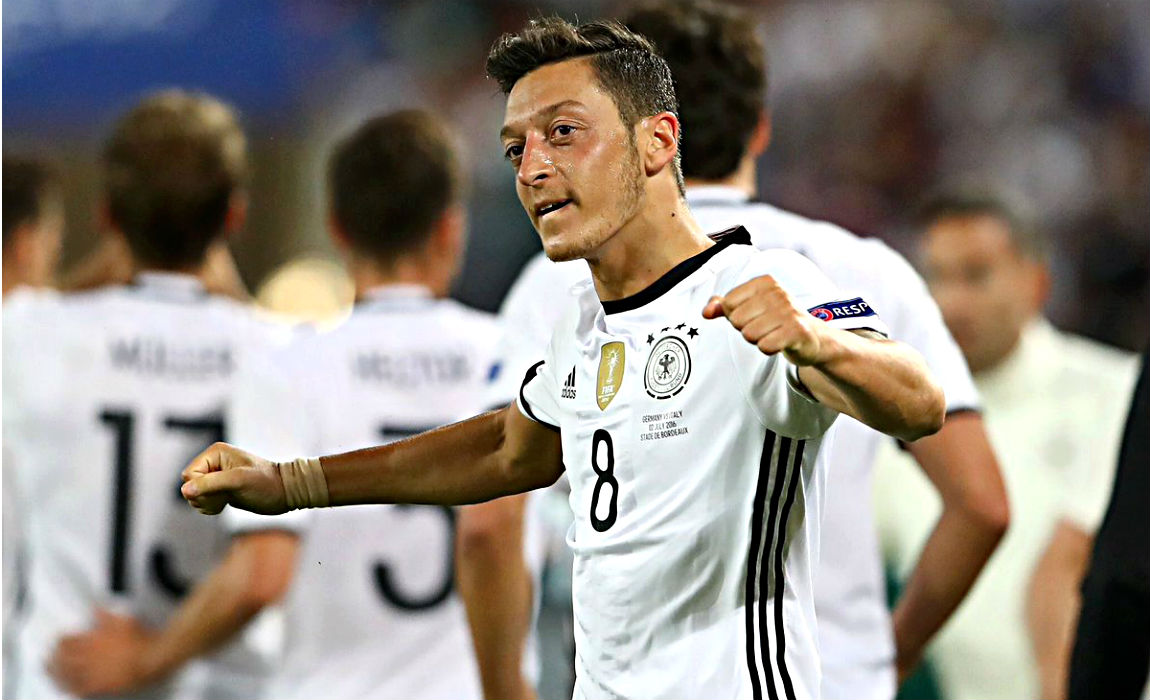 Mesut Ozil Named German Player Of The Year For 2016

Arsenal’s star playmaker Mesut Ozil has been named Germany’s player of the year for 2016 for the fifth time in his career.

The German has missed out on the award only once in the last five years (2014). Ozil celebrated the joy by chilling out with a cobra. 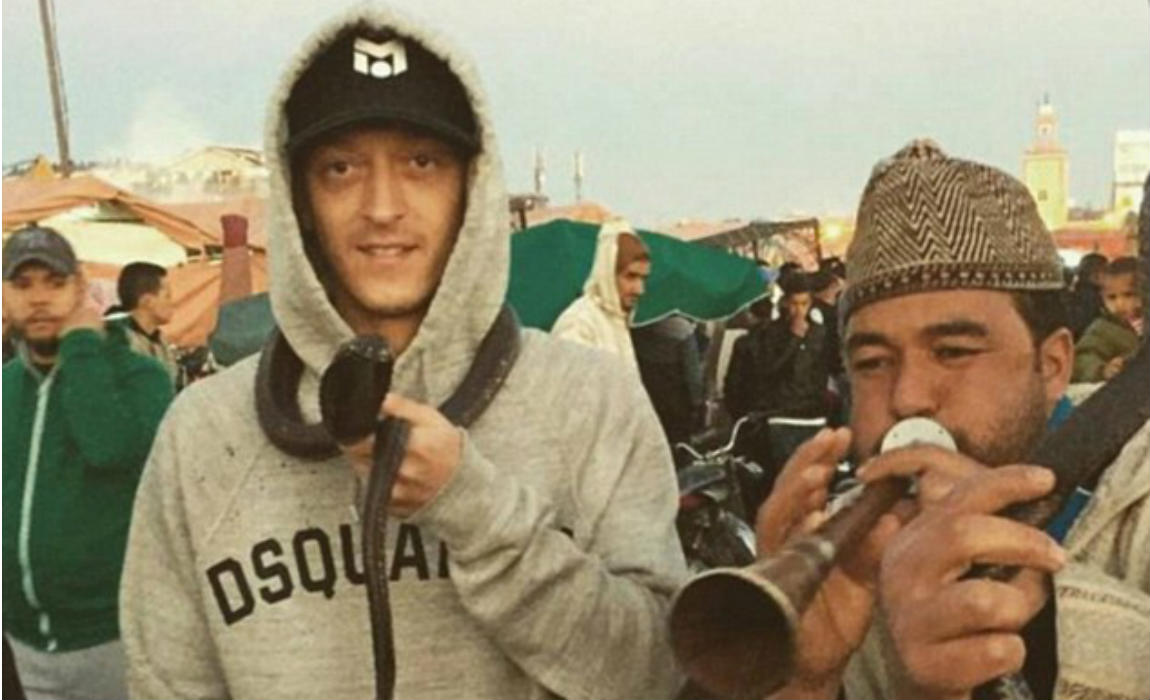 Fan voting decided the winner of the prestigious award with the 28 year old claiming 54.5 percent majority in the proceedings. 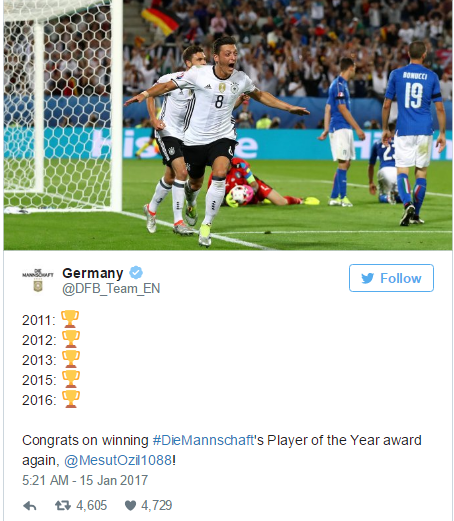 Mesut Ozil speaking to the official website of German football after winning the award: “I’ve changed a few things in my life this past year, for example my diet and my training.”

“That helps me to regenerate fast after games and it reduces the chance of getting injured. And obviously you can’t lose the love for the game. But that’s not going to be the case for me!” 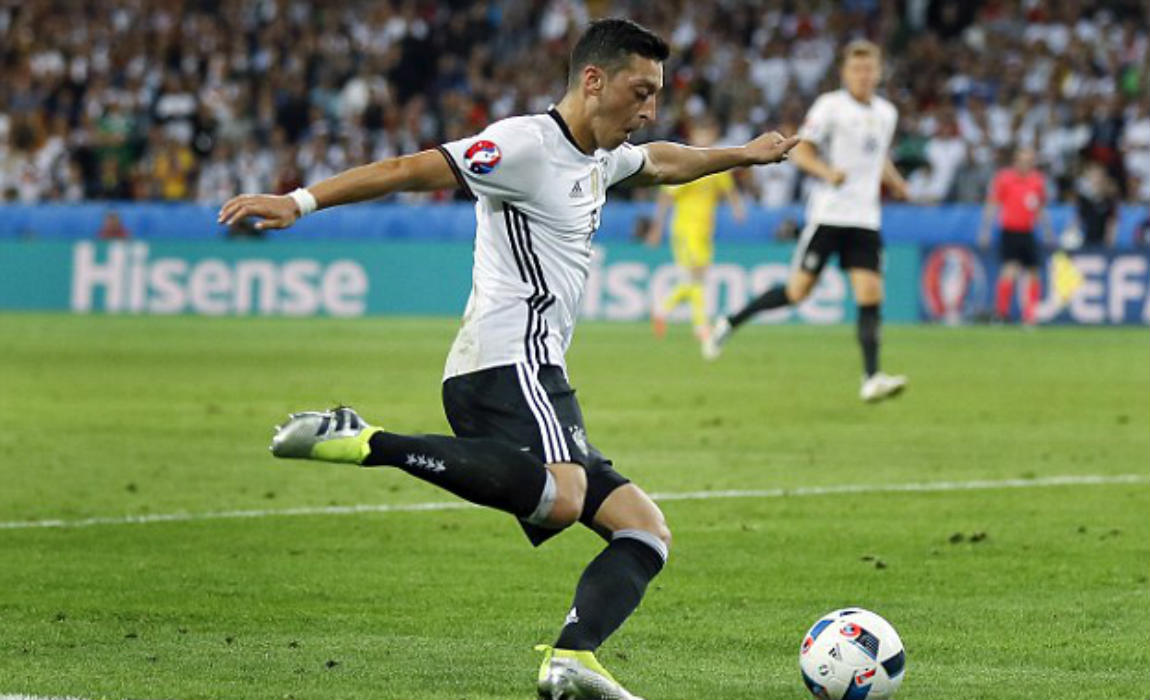 Ozil shared the snap with his 10.5million followers on Instagram, captioning the image: “For all the cobra lovers out there #dayoff #cobracharmer”

Arsenal fans are hoping that the German signs a new deal with the club in the coming weeks as speculations mount over a possible move out. 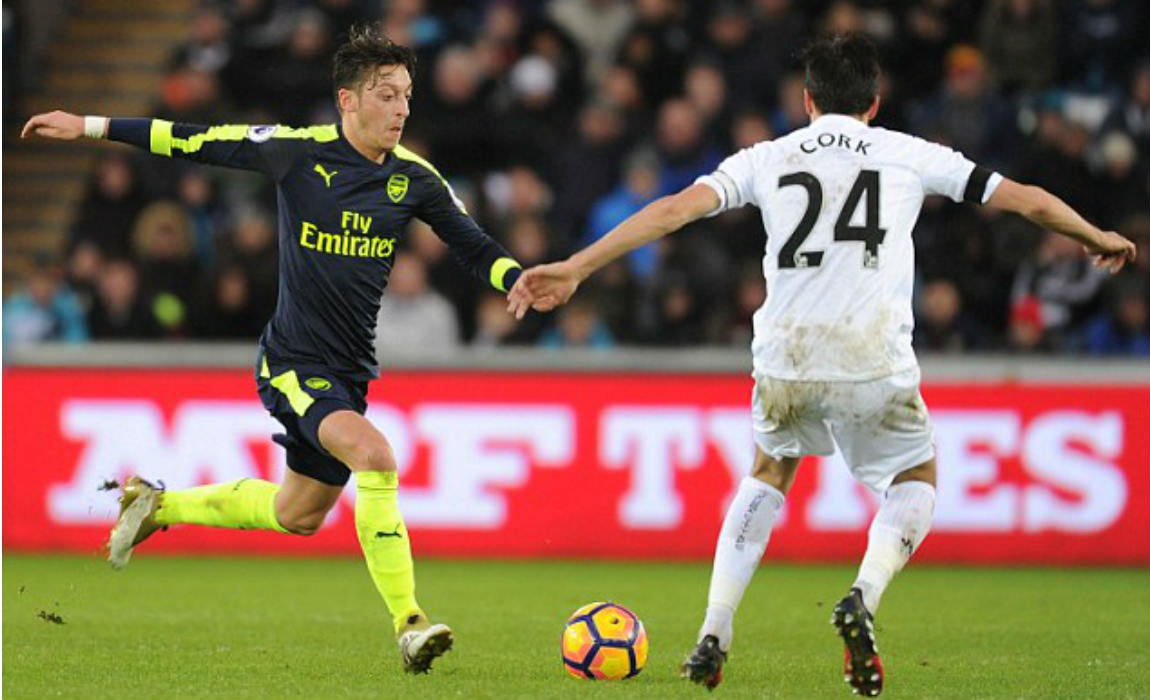 Another contract rebel Alexis Sanchez is also demanding for an increase in wages as the Gunners await to strike a mutual negotiation with their star men.