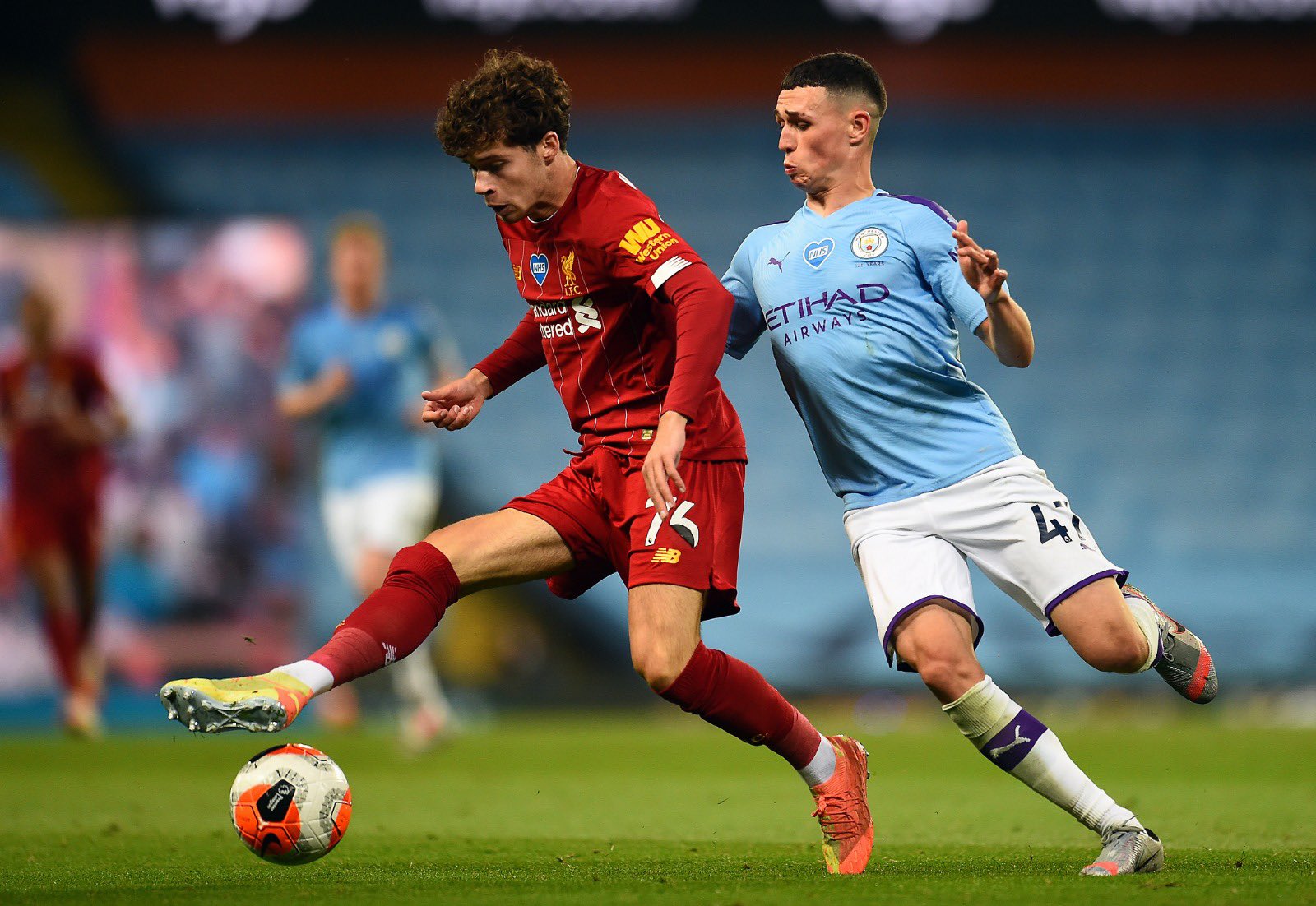 A List Of Premier League Youngsters To Look Out For

As the campaign begins, new dreams take flight. Of the many youngsters of the Premier League, FootTheBall brings forth a list of the eight most capable players who could turn heads this season. 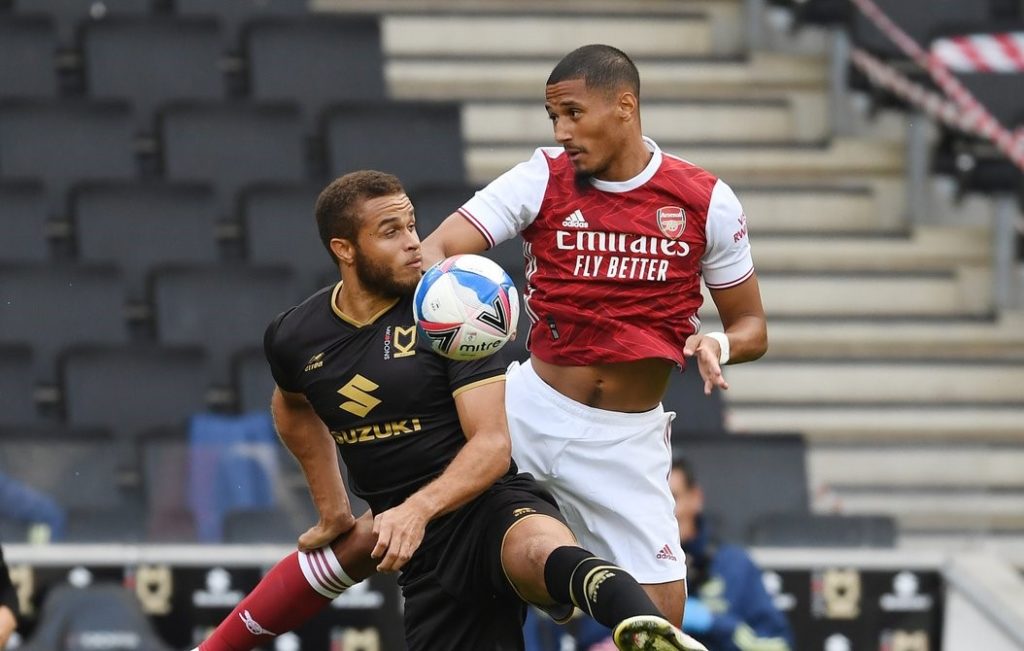 The 19-year-old defender came to Arsenal last summer from Saint-Etienne for a fee of £27million. At a tender age of just 19 years, the defender shows immense potential. His physique and ability to keep possession are his key strengths. 6 feet 2 inches tall, the player has all it needs to be strong at the back. His strengths include his ability to dribble and play short passes.

His sense of positioning and ability to intercept the ball makes him the perfect defender.

He has been a part of the French squad in the U20 FIFA world cup as well.

Signed by Arsenal in 2019, he is expected to play an important role under Arteta’s reign. While Arsenal tries to sort out their defensive woes, Saliba alongside new signing Gabriel Magalhaes could be the key. 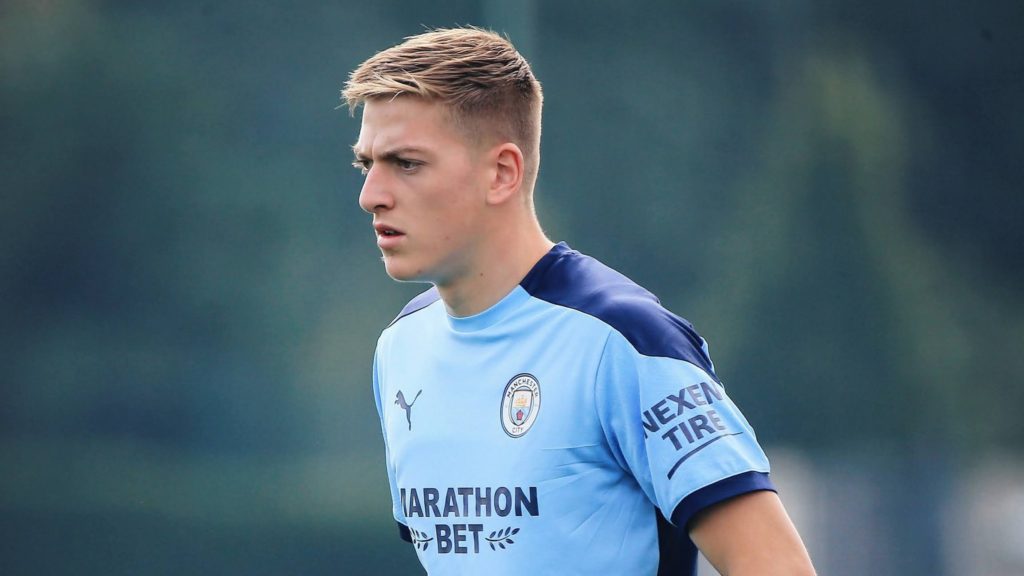 The striker moved to City from Derby County in the summer of 2019. Mixing power with panache, the 17-year-old also boasts an explosive turn of pace, prodigious skills, and a genuine hunger for goals.

With his strong physique, he displays impeccable qualities on and off the ball and has also starred in the English U17 National team.

He has also been a part of Manchester City’s Under-18 Premier League cup winning team and has even accompanied the first team in EFL Cup clashes last season.

With his vision and goal-scoring ability, he can be the prolific weapon in Guardiola’s squad. He deserves to be on this list of the top youngsters of the Premier League. 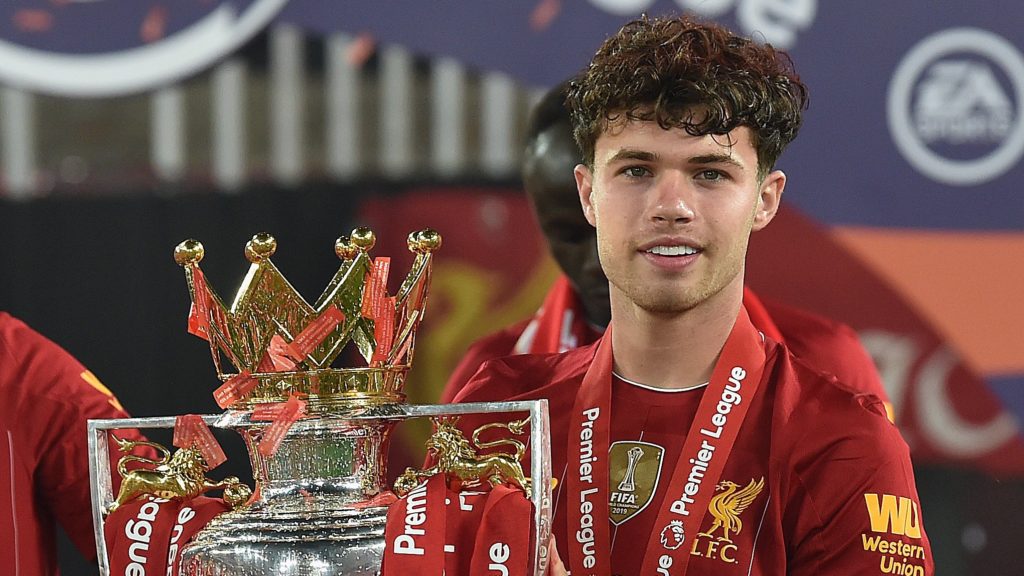 Neco Williams is another young full-back in the Liverpool backyard hanging around the corner, waiting for his chance to display all the talent.

A mere 19 years of age, the Welshman has already won the FIFA Club World Cup (2019) and was a part of Liverpool’s Premier League win as well.

He has caught the attention of Premier League legends including Ryan Giggs who even complimented Williams.

“Obviously Neco is at a huge club in Liverpool and is getting plenty of game time, especially towards the end of last season. He’s been really impressive in taking his chance. He’s an exciting prospect.”

The right-winger turned right-back can be the ace down Klopp’s sleeve. He can perfectly manage to balance the attack and defense on the field. With the pace that this young lad boasts, one can field him anywhere on the flank.

😍 Jürgen Klopp: There's so much positivity about Neco Williams

"From the first day he trained like a machine. He has a lot of things that we really like, so I am really, really happy that he signed this contract." 😁 Klopp exclusive interview on LFCTV GO: www.liverpoolfc.com/watch 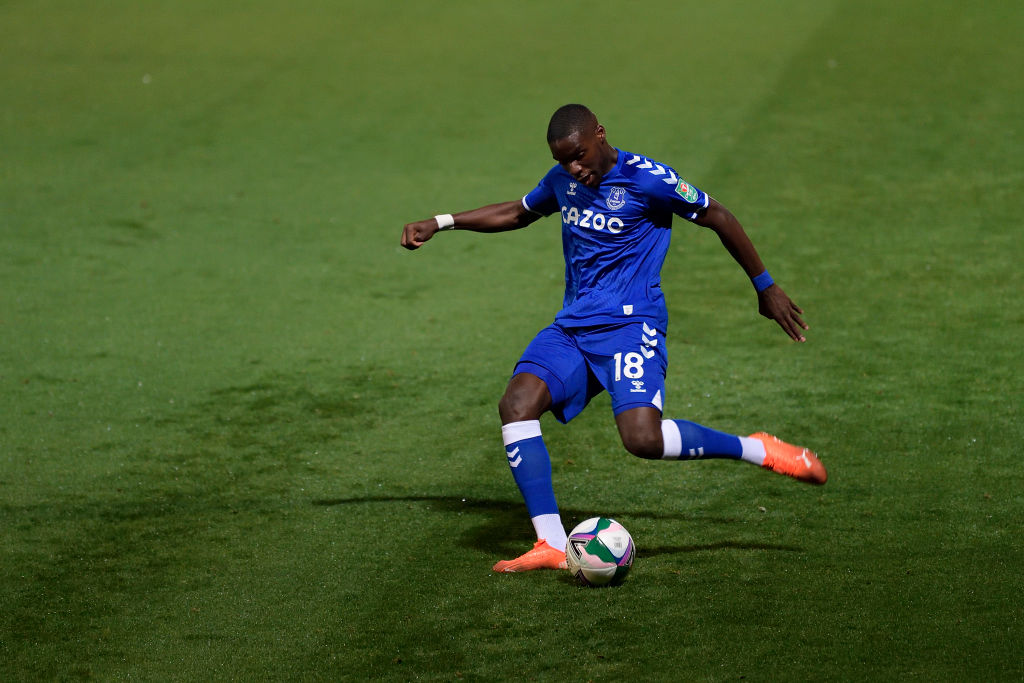 Niels Nkounkou plays at left-back for the Merseyside giants. He has been a part of the team since 2019 and has featured for the U23 side on several occasions.

Prior to this, he has also played for the French side, Olympique de Marseille in the Ligue 2.

Everton could have found a hidden gem in the Frenchmen for he is more than just a defender. He is the player with the perfect blend of intelligence and ability.

The 19-year-old has also scored several goals including some important ones for his team. This youngster of the Premier League is an asset to the French team as well.

At Everton however, Niels still awaits his debut for the first team as he competes with fellow Frenchman- Lucas Digne for the position.

This transfer however was a superb move for the Toffees and we eagerly await watching him play. 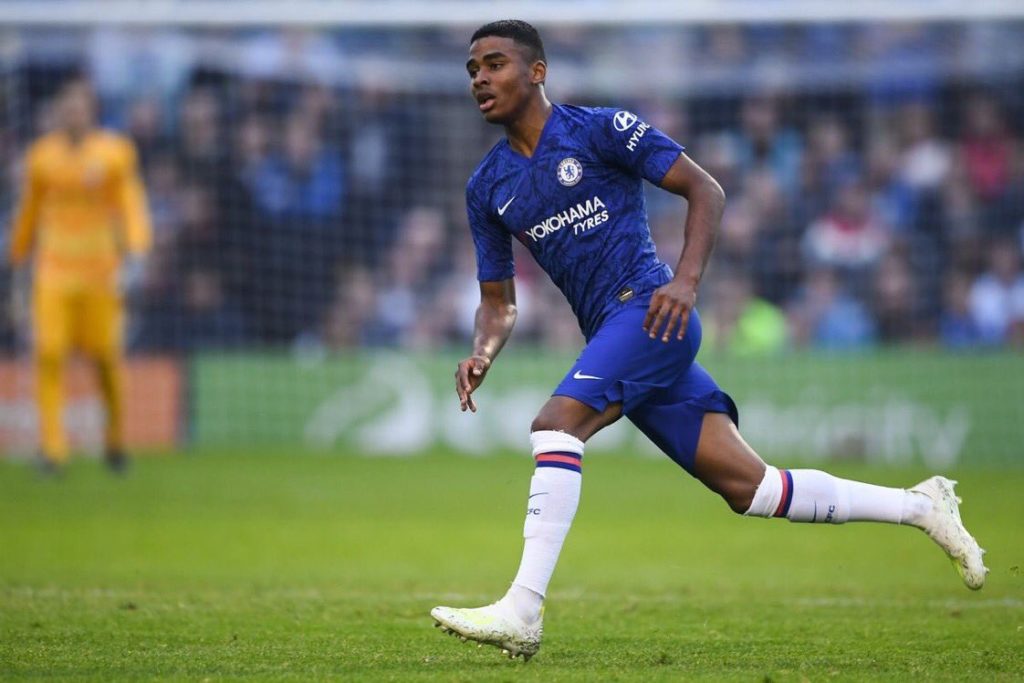 Dutchman, Ian Ethan Maatsen is another Chelsea star-boy. He has been at the club for over three years now and has featured for the U18 as well as U23 sides. He was also a part of Chelsea’s team that made it to the UEFA Youth League finals in 2019.

He is a promising left-back and at just 18 years of age, he is capable of shaping into a reliable defensive figure. With his experience, not just at Chelsea but also at PSV Eindhoven – he can become a great option to play for Frank Lampard’s Chelsea.

He is highly versatile and agile and can play as a wing-back as well.

This year may be the perfect window of opportunity for Maatsen, as Lampard does seem open to experimentation and giving chances to the youngsters of the Premier League. 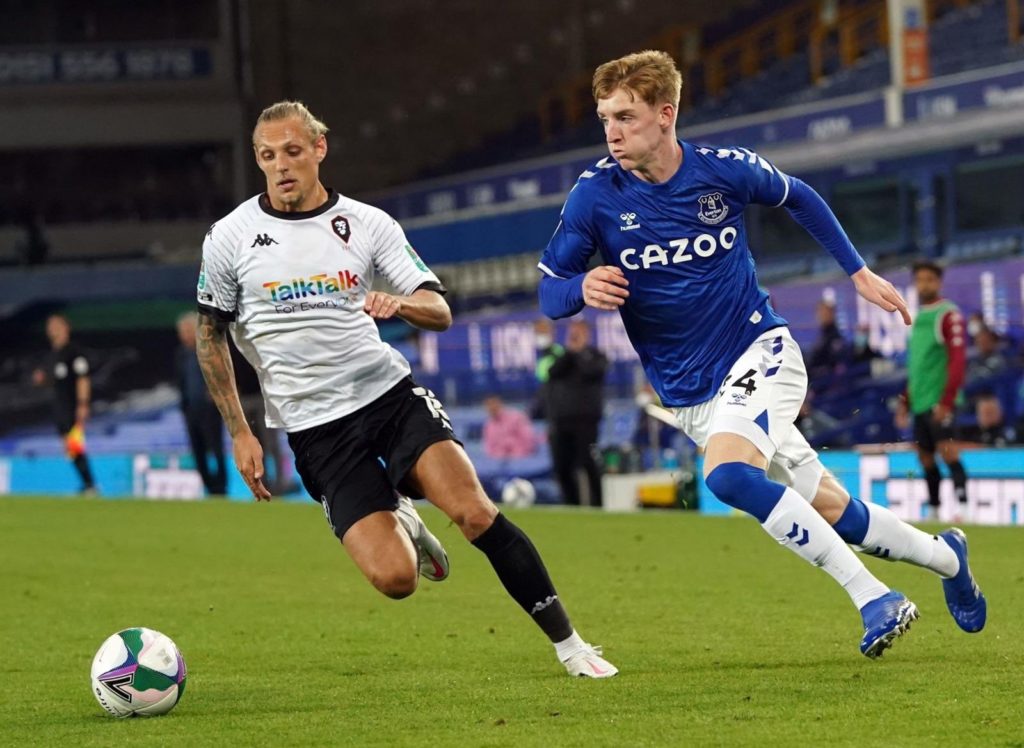 The 19-year-old has been associated with Toffees since 2017. In his time at the club, he has featured for the team in the Europa League, the EFL Cup, and the Premier League as well.

The left-winger is regarded for his speed and finesse and has scored two goals in seven appearances with the youth national team as well.

He has also played in other positions including right-wing and as a center-attacking midfielder. His vision, combined with his impressive ball control makes him one of the best budding attackers in the country. The Evertonian also sparked interest from Tottenham.

As Carlos Ancelotti takes over the Everton side and looks to rebuild the squad, Gordon can be a great option. Playing alongside James Rodriguez and supporting an in-form Richarlison, Everton can begin their own revolution.

He is hopeful of featuring in the Premier League more regularly this season. 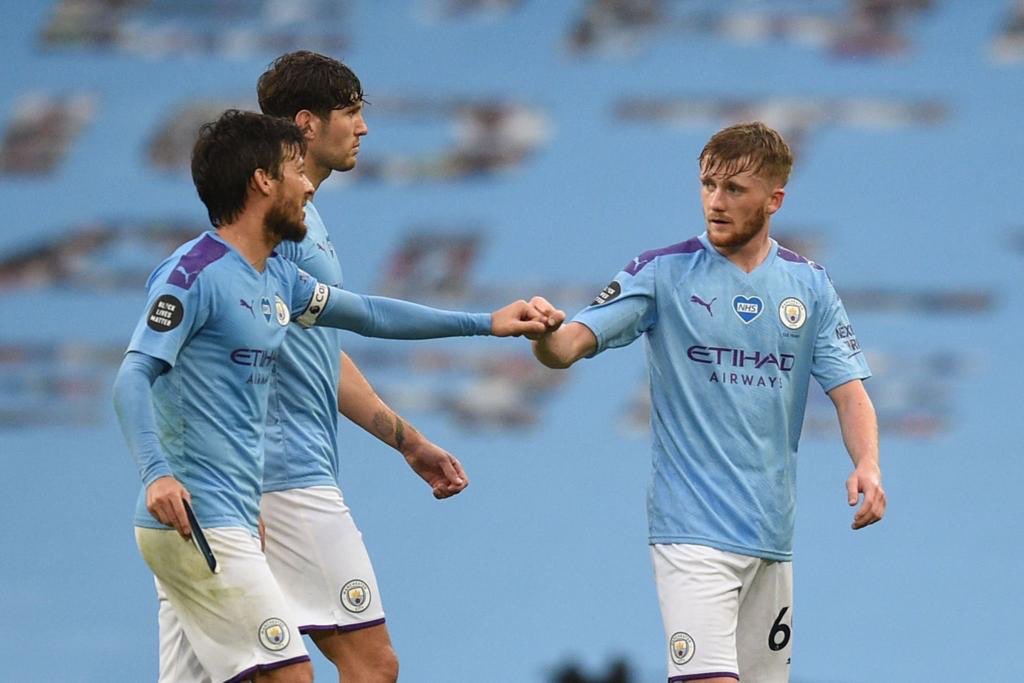 Grandson of Manchester City legend Mike Doyle, Tommy formerly played for Sandbach United FC until he was eight years old. In his time over there, he held the astonishing record of scoring approximately 80 goals each season.

Manchester City took no time to scout this talent and hone it in their academy.

Another midfield hero in the Manchester City academy, Tommy Doyle has been highly impressive. His performances with the U18 City team as well as the U19 English side have sparked attention.

In his 31 appearances for the English side, he has scored in 15 matches, all of this despite playing in the midfield.

As Guardiola advances into the season with Sergio Aguero injured and Riyadh Mahrez infected with COVID-19, we may certainly get to witness a few newcomers in City’s domestic cup teams. 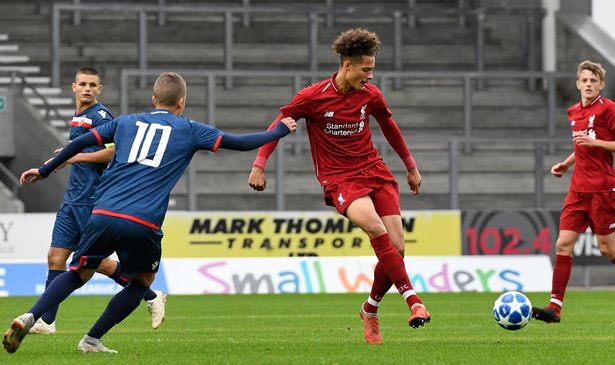 As Virgil Van Djik rules the Liverpool defense, another Dutch defender awaits his chance. Sepp van den Berg arrived at Liverpool in 2019 and has featured in the UEFA Youth League multiple times already.

The £1.3 million centre-half from PEC Zwolle has proven to be a great one for the side. The Red’s youngster has contributed a lot to the team already.

He is a stable defensive figure with a great sense of play on the ball. His ideology is clear and he has been extremely consistent.

Having already featured for the team in FA Cup and League Cup clashes, Van den Berg alongside Harvey Elliot is favorite to make it to the first team this year.

Especially after the departure of Dejan Lovern, the centre-back position is open for him to work and earn his way up there.