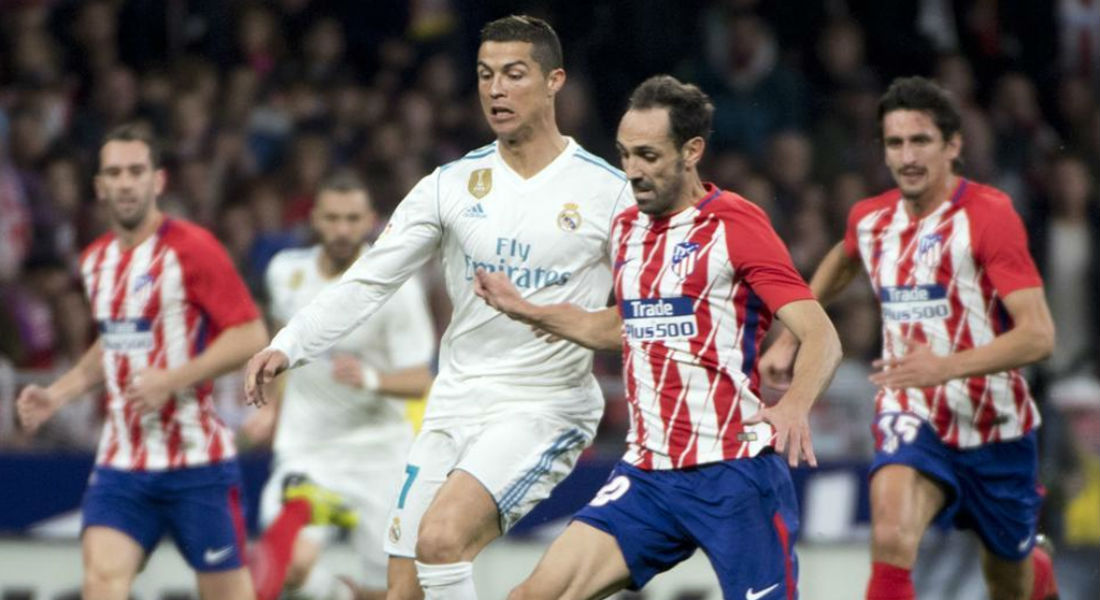 Matchday 12 of La Liga was a good one for FC Barcelona as they won 3-0 away to Leganes and then watched as Atletico and Real Madrid play out a 0-0 draw in the first Madrid derby to be played in the Wanda Metropolitano Stadium. 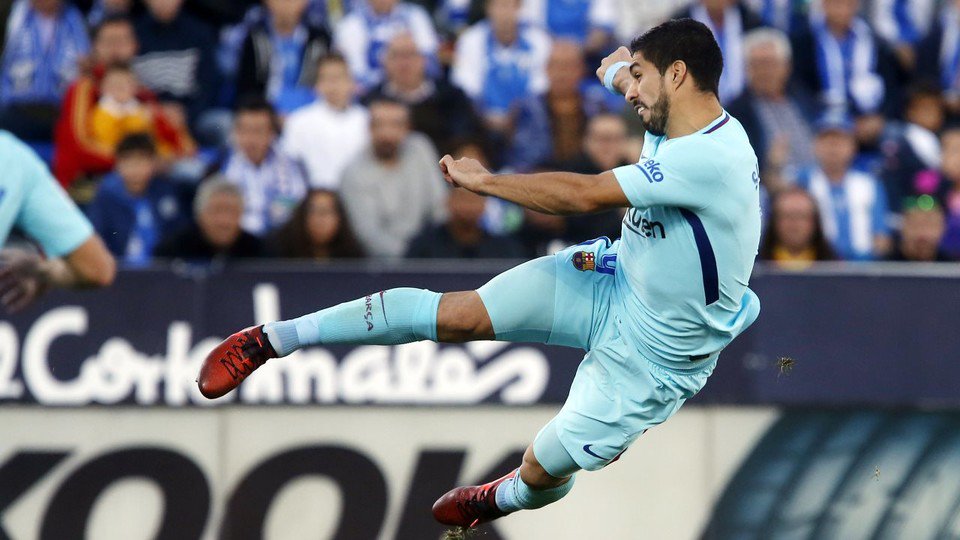 Luis Suarez had not scored in almost 500 minutes before he opened the scoring in Leganes’  Butarque Stadium, taking advantage of a bad error from home keeper, Ivan Cuellar. 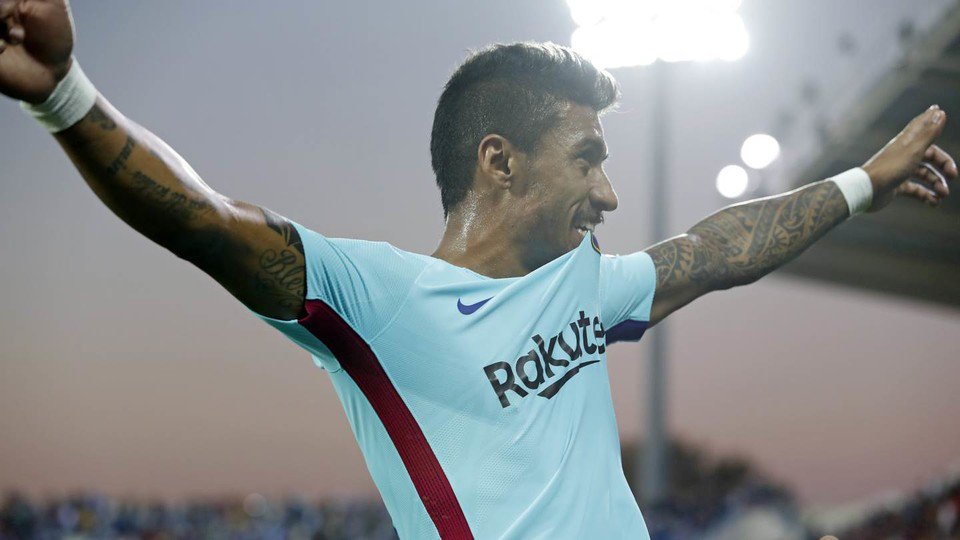 He added a second with the help of a rebound after the break, before Paulinho sealed the win with a toe poke in the closing minutes.

That momentarily opened an 11 point win over Atletico and Real Madrid, and although that had been reduced to 10 points by the end of the day, the Madrid derby did little to show that either of the two sides look capable of catching Barca. 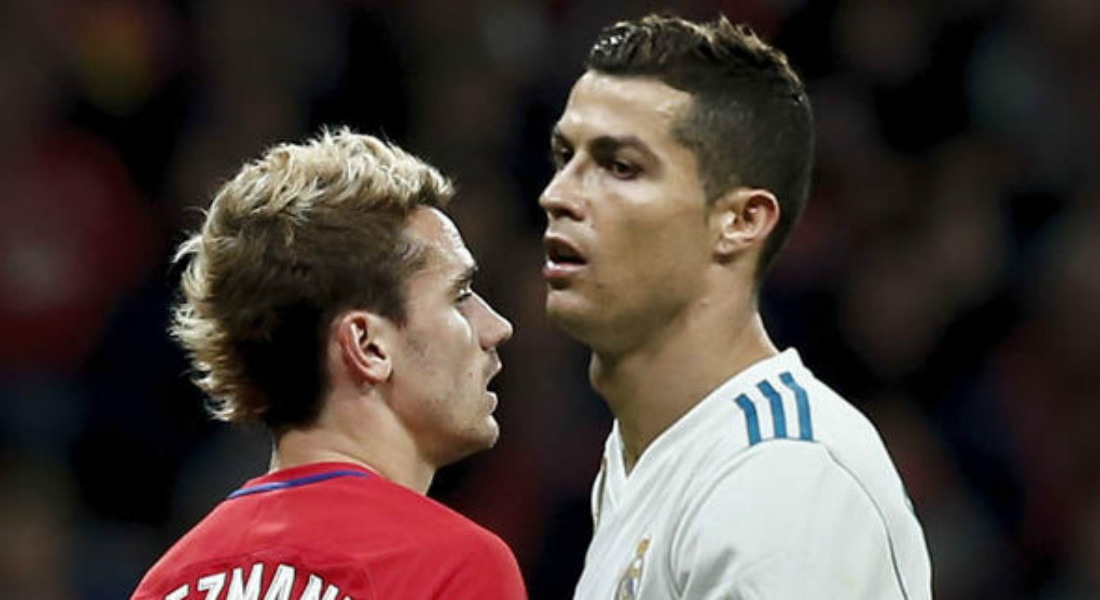 Atletico started out as the stronger of the two sides and should have taken the lead through Angel Correa, but Real Madrid gradually began to take control and had the best chance of the game after Cristiano Ronaldo’s late shot was blocked by Lucas Hernandez.

Nevertheless, the game highlighted the problems both sides are currently facing with Atletico lacking creativity in midfield, while both Ronaldo and Karim Benzema again disappointed for Real in attack. 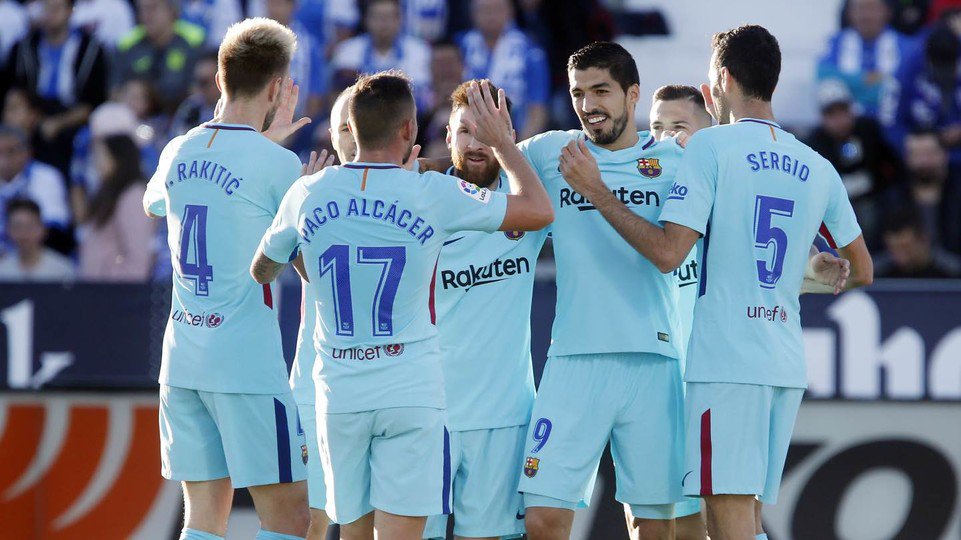 The result in the Wanda gave Valencia the chance to open up a six-point lead over the two Madrid sides if they won away to Espanyol, and despite suffering in the first half against a rival that hit the post twice, that is exactly what they did thanks to a spectacular second half strike from Geoffrey Kondogbia and a smart finish from Santi Mina following an error from Victor Sanchez. 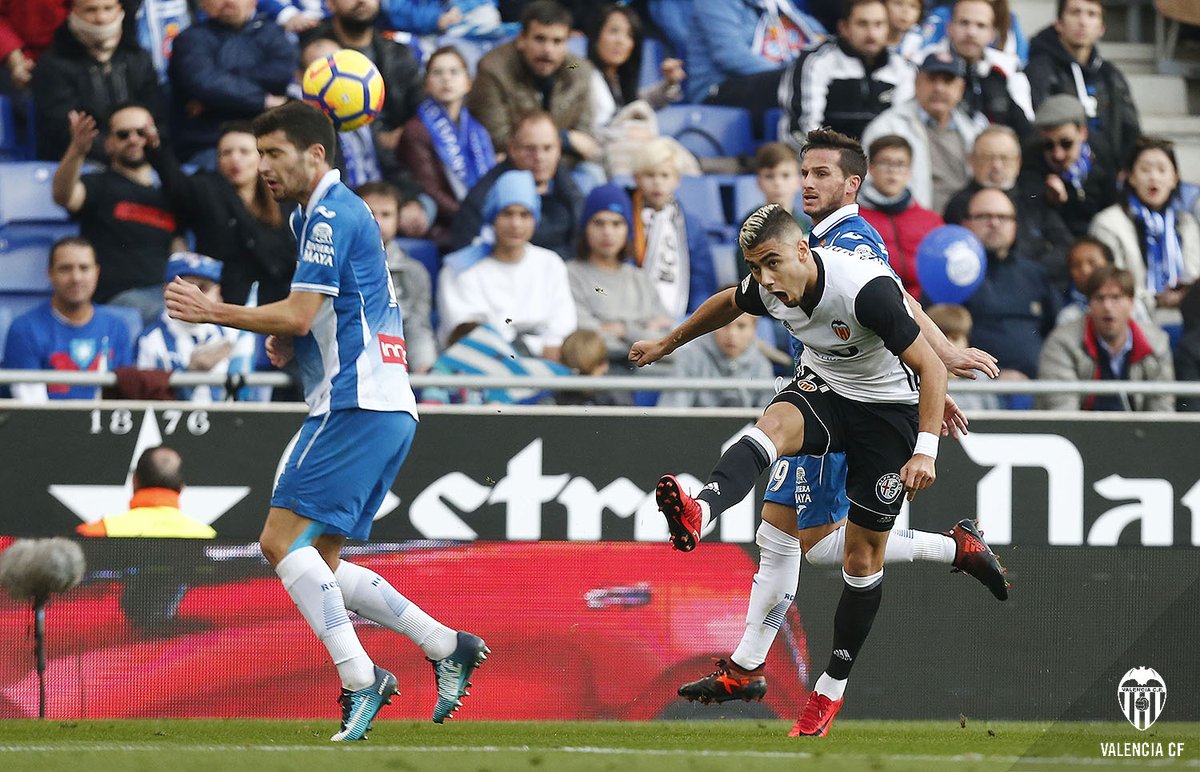 Villarreal and Athletic Club Bilbao shared the points in a 1-1 draw in Bilbao. Manu Trigueros, who had earlier seen a penalty saved by Kepa, opened the scoring for Villarreal, but Aritz Aduriz’s second half header ensured a well-deserved point for the home side.

Malaga came back from behind to win their second match of the campaign 3-2 at home to Deportivo la Coruna following a frantic 90 minutes.

Borja Baston scored the winning goal five minutes from time after Chori Castro had levelled the scores following goals from Lucas Perez and Fabian Schar that put the visitors ahead following Rosales’ opener for Malaga.

Meanwhile, Las Palmas slipped to their eighth consecutive defeat and the bottom of the table as they lost 2-0 at home to Levante, who ended a six game run without a win with goals from Cheick Doukoure and Jason in the last 20 minutes.

Saturday saw Sevilla coach Eduardo Berizzo enjoy a happy reunion against his former club Celta Vigo as Sevilla came back from a goal down to win 2-1. 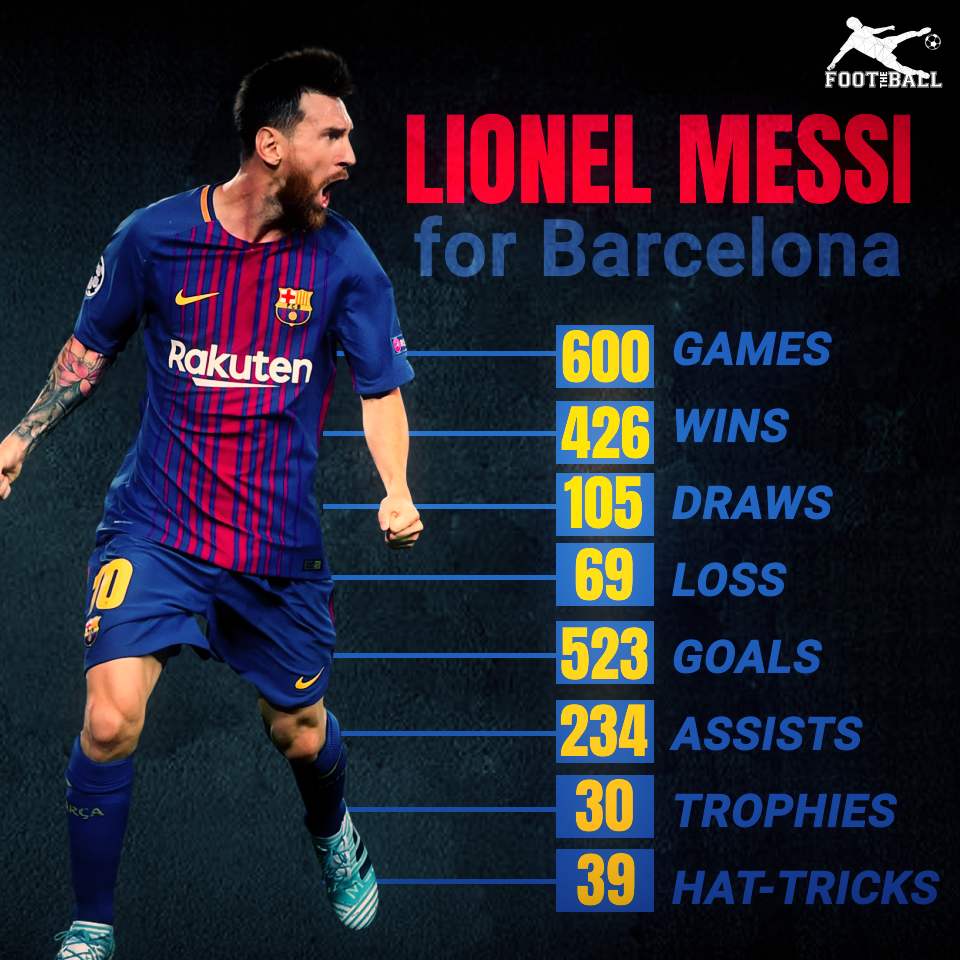 Maxi Gomez put Celta ahead with a powerful header from the edge of the box after 13 minutes, but Luis Muriel equalized with another header 9 minutes before the break and former Celta striker Nolito won the game with the third headed goal of the match just three minutes after halftime.

Getafe easily beat Alaves with first half goals from Markel Bergara and Jorge Molina, while Angel netted twice after the break before Christian Santos scored a late consolation for the visitors, who have just six points this season.