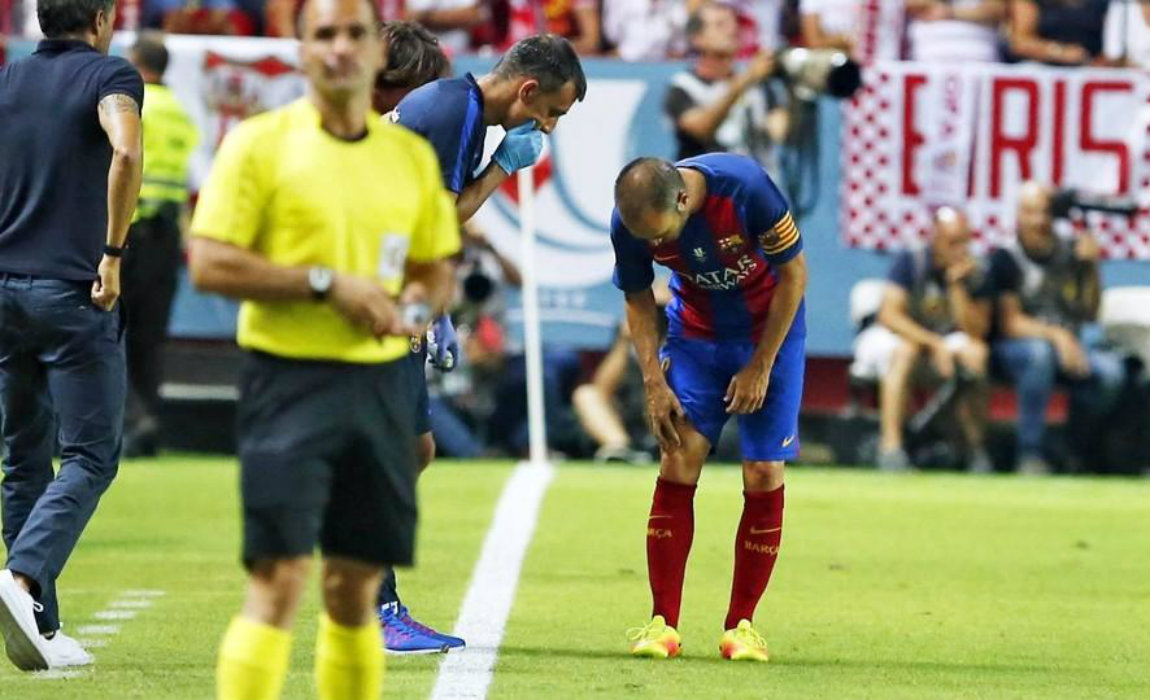 FC Barcelona could have paid a heavy price for their 2-0 win in the first leg of the Spanish Supercup away to Sevilla on Sunday night with injuries to two key players.

Medical report on injuries to Mathieu and Iniesta: https://t.co/DdPfoyjMV3 pic.twitter.com/DqcNXroNWw

Barcelona got a hand on the first domestic trophy of the season thanks to goals from Luis Suarez and Munir, but coach Luis Enrique will be worried by a muscle injury suffered by defender Jeremy Mathieu, who looks to have suffered a torn hamstring, and a knock on the knee suffered by Spain international Andres Iniesta.

Both had to leave the field before the 35th minute of the game and will undergo tests early this week to discover the extent of their injuries.

Following the game Barcelona released a press statement saying Iniesta had a ‘bruise’ on his knee after colliding with Sevilla defender Mariano, however, there is a risk he may have suffered ligament damage. 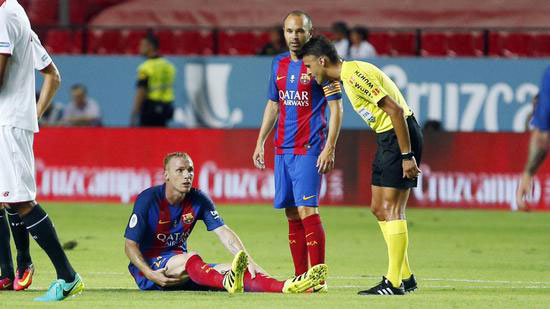 Should that be the case he would be sidelined for weeks rather than days and the club face nervous wait to discover the full extent of the injury, which happened on the day when he played his 594th game for the club, becoming the Barca player who has made the second highest number of appearances in his career.

Both Iniesta and Mathieu are virtually certain to miss the return leg of the Supercup on Wednesday night and have to be major doubts for the start of the league season which sees Barca entertain Betis on Aug. 20.

Meanwhile goalkeeper Ter Stegen is still recovering from a twisted knee and will need around a month to recover.