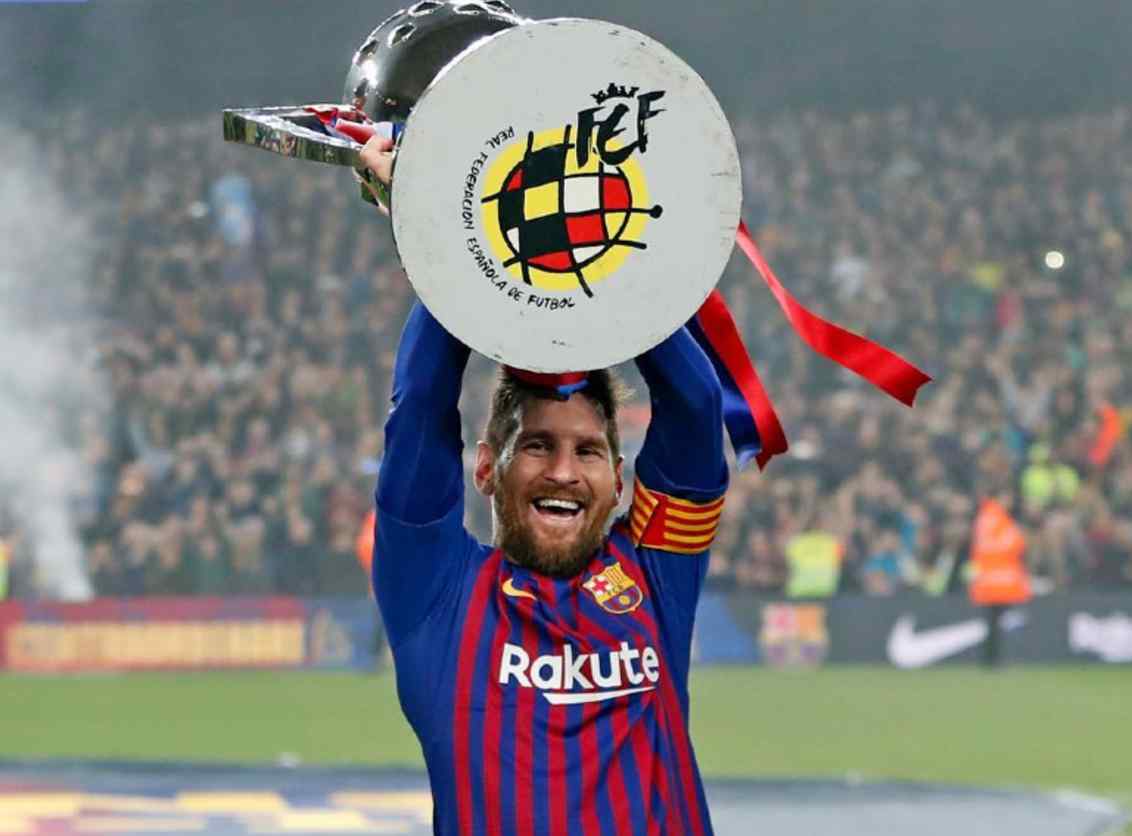 The 35th round of games in the Liga Santander saw Barcelona crowned as champions with a 1-0 win at home to Levante, but also saw other results which did little to clear up which teams will play in Europe next season and who will be relegated.

Leo Messi scored the only goal of the game in the Camp Nou as Barca mathematically assured they retain the title.

Barca have now won eight of the last 11 league titles and 10 of the last 15 to make clear their recent dominance of the Spanish game.

The Argentinean had started the game on the bench as Barca coach Ernesto Valverde kept one eye on his side’s Champions League semi-final first leg at home to Liverpool on Wednesday night, but he got into the game at the start of the second half.

The only goal of the game came in the 62nd minute as Messi connected with a left-foot shot inside the Levante penalty are after a knockdown from Arturo Vidal. It was his 34th league goal of the campaign and arguably the most important.

Earlier on Saturday, second-placed Atletico Madrid ground out a typical 1-0 win at home to Valladolid.

Fortune was very much on Atletico’s side as Valladolid’s Joaquin Fernandez put the ball into his own next, while Valladolid were angered by a late decision by the referee not to give them a penalty after Santiago Arias handled in the Atletico area.

The referee Melero Lopez consulted with the VAR, but decided that the handball was accidental.

Sevilla slipped to a surprise 1-0 defeat away to Girona to complicate their hopes of a top-four finish.

Portu’s 62nd minute goal ended a run of six straight defeats for Girona and gave them just their third home win of the campaign. A bad afternoon for Sevilla was made worse in injury time when midfielder Ever Banega was shown a direct red card for kicking out after being fouled in the middle of the park.

Girona’s win takes them out of the bottom three and drops Valladolid back into the relegation zone.

Charles’ 93rd minute goal in the Mestalla Stadium gave Eibar a 1-0 win away to Valencia, who had kicked off in sixth place, ending any lingering worries relegation worries Eibar may have had, while making it tough for Valencia to finish fourth.

However, Getafe missed the chance to open up a gap in fourth as they lost 2-1 away to Real Sociedad, who returned to form with a Willian Jose penalty in the first half and a second half strike from Mikel Oyarzabal, before Samuel Saiz scored a last minute consolation vote for the visitors.

Real Madrid once again disappointed, slipping to a 1-0 defeat to bottom of the table Rayo Vallecano.

Adrian Embarba’s first half goal separated the two sides and means Rayo still have a chance of avoiding the bottom three.

Athletic Club Bilbao remain seventh after a 1-1 draw at home to Alaves in the Basque derby.

Benat opened the scoring for the home side with a spectacular 41st minute free kick, but Borja Baston equalized four minutes later in a game in which both teams looked flat in their third game in seven days.

‘Chimy’ Avila’s late goal for Huesca kept his side’s slight survival chances alive with a 1-1 draw away to Villarreal, who still have work to do to ensure their survival. Pablo Fornals had opened the scoring with a spectacular technical goal after half an hour.

Leganes and Celta Vigo drew 0-0 in a result that draws Celta a point closer to survival and means they remain unbeaten since Iago Aspas returned to the side after injury.