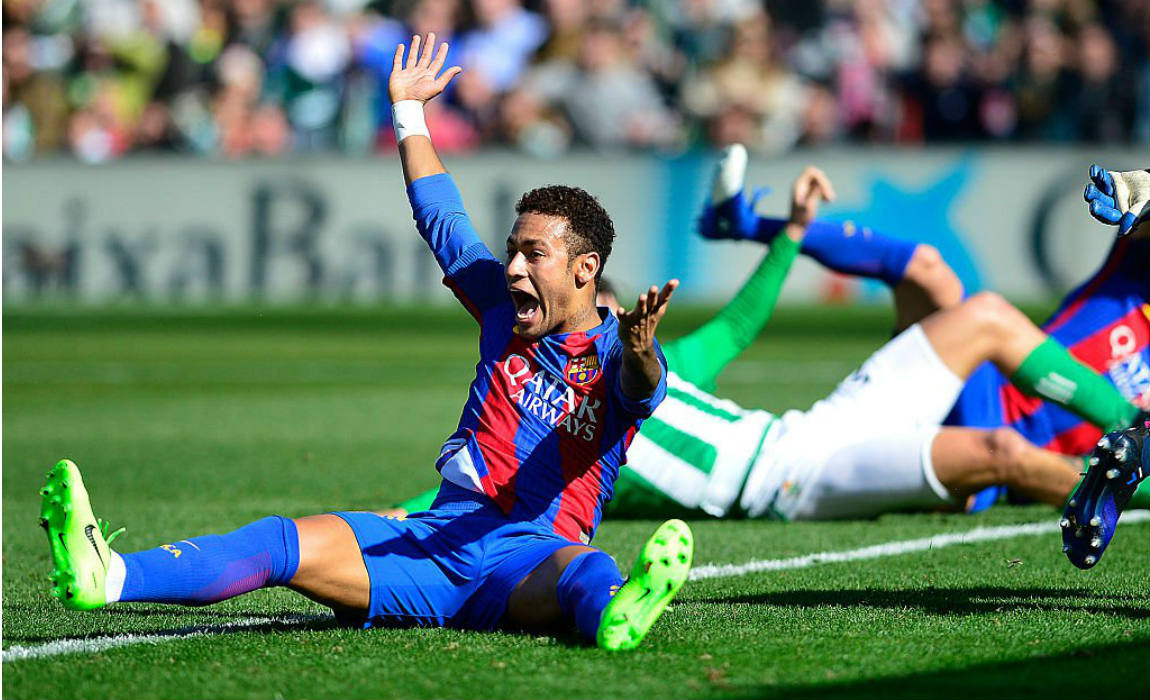 Barcelona were unable to secure much needed three points against Real Betis on Sunday with Luis Suarez popping up late to share the spoils. 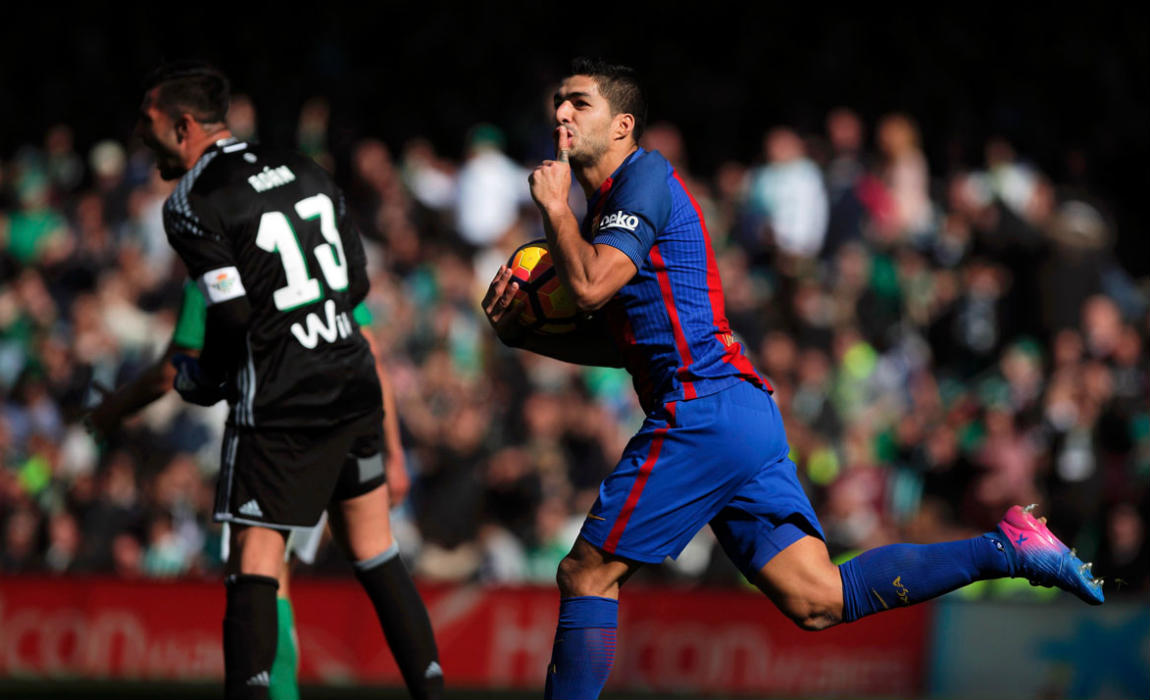 Things could have gone the other way if the Catalan club wouldn’t be denied a clear goal.

Aleix Vidal’s dangerous cross was making its way into the goal before the Betis keeper Aissa Mandi tried to make a last ditch stop which he didn’t succeed in doing. 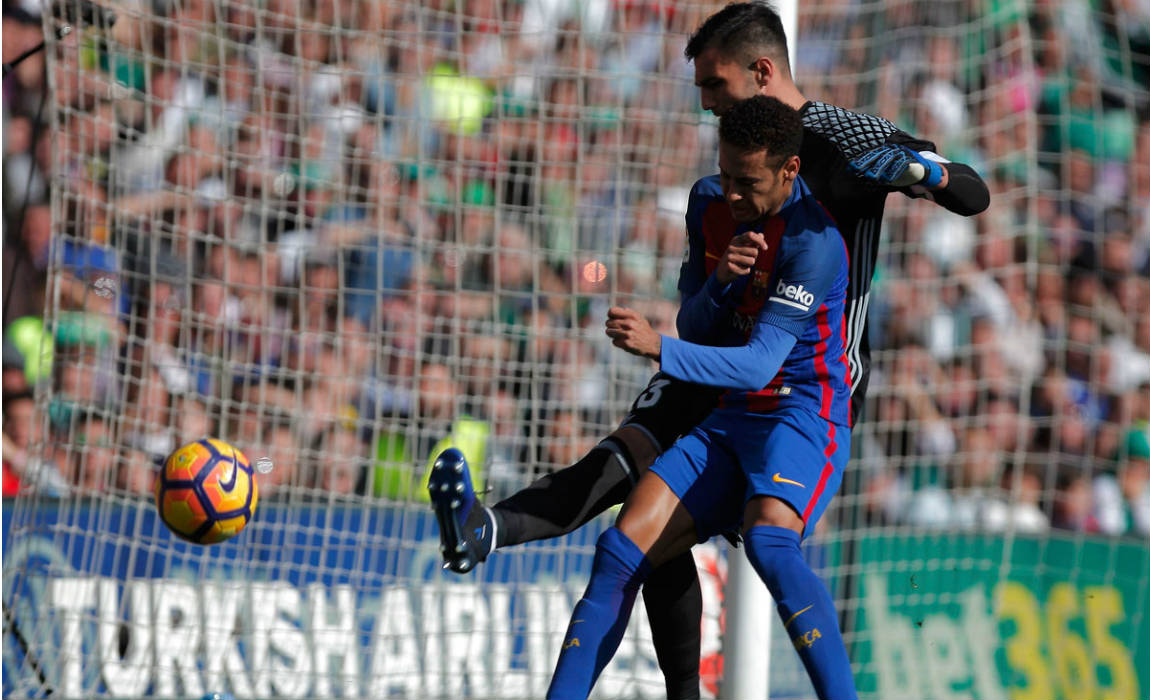 The referee waved play on despite furious protests from the Barcelona players. Replays suggest that the ball clearly crossed the line and Barcelona winger Neymar took Instagram to provide the evidence to his fans and fellow teammates. 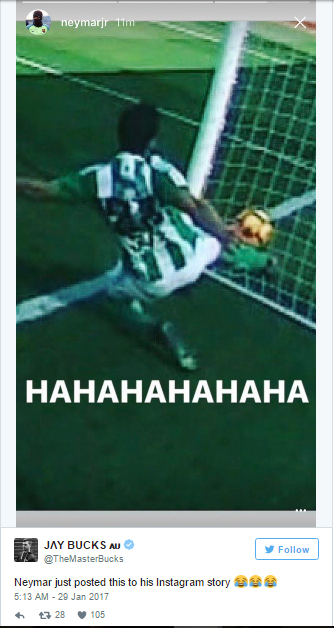 Maybe it is time for the officials to take blame for the incident which can put a dent on Barcelona’s title chasing campaign. 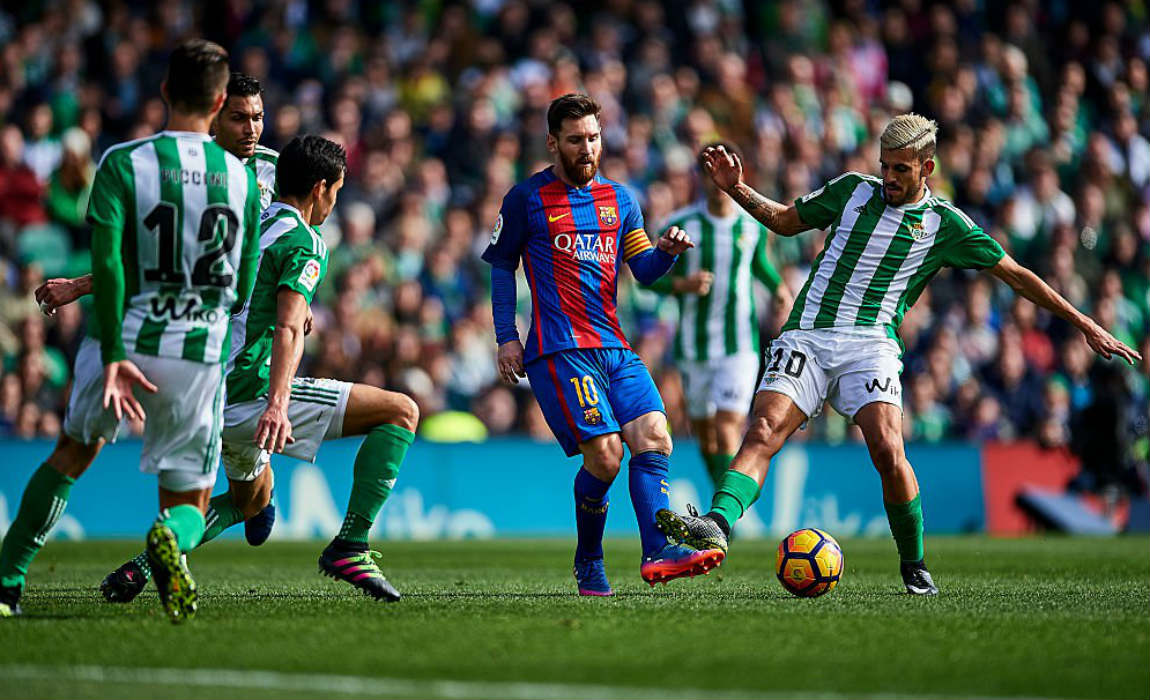 Luis Suarez’s thoughts on the referee’s decision: “The first one, the ball was a metre behind the line, but the officials can also make mistakes,the pictures confirmed it was a goal.” 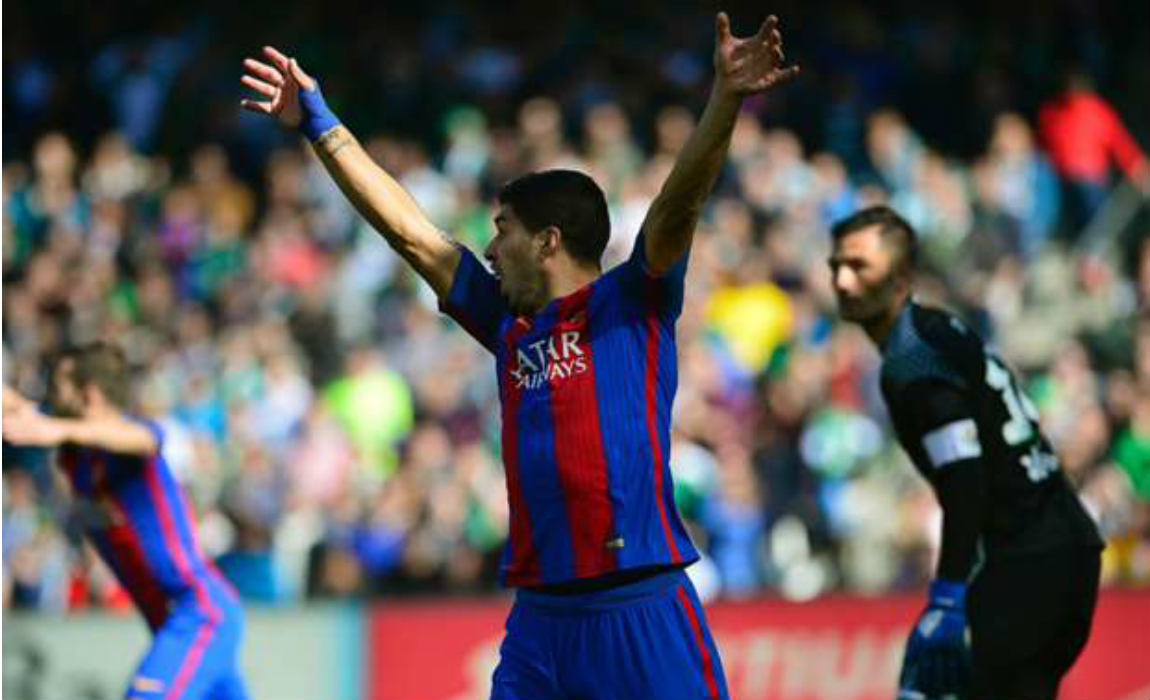 “We did a lot to deserve the win earlier. That’s football, because they also had a chance to kill it at 1-0.” Suarez added.