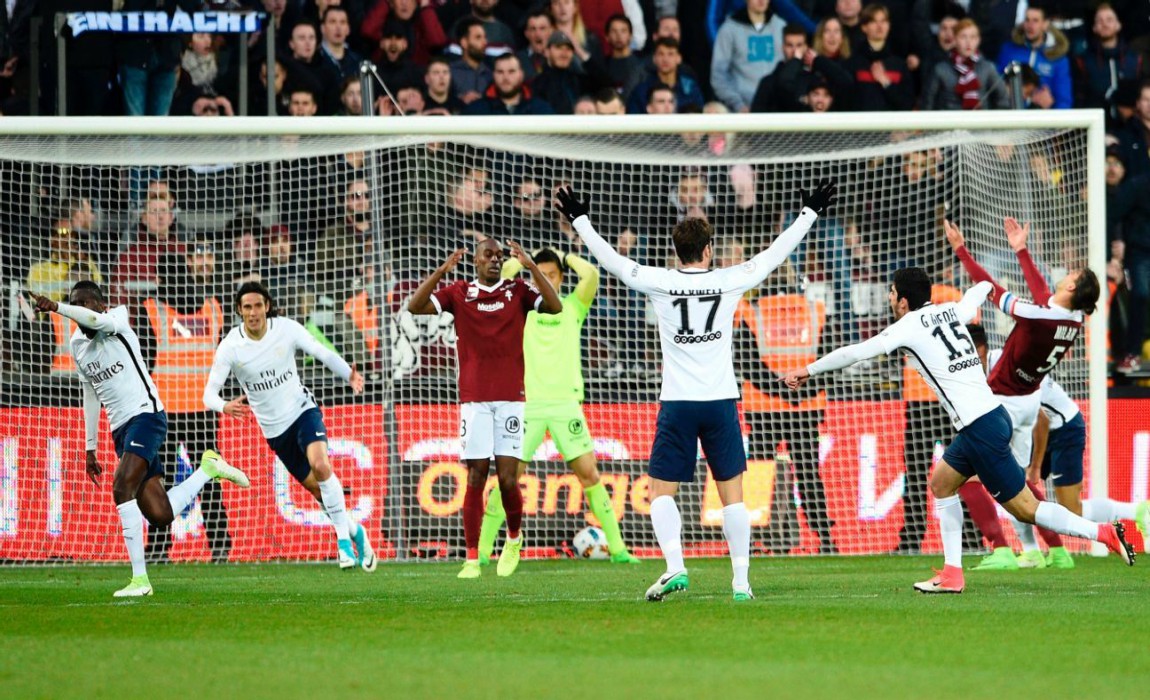 PSG drew level with Monaco, who had a game in hand, on 77 points, while sitting second with a huge deficit in goal difference. Nice, four points adrift, were placed third. 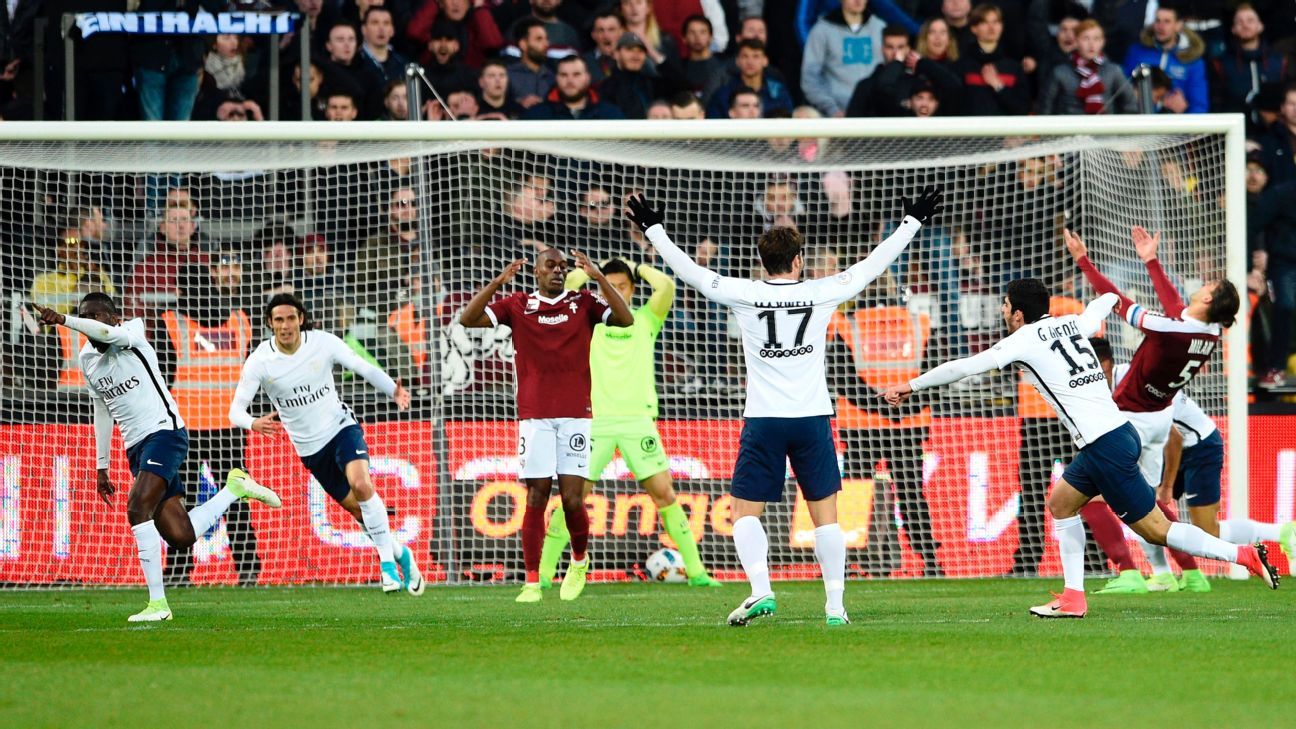 PSG built a comfortable two-goal advantage in the first half, both assisted by Brazilian left-back Maxwell. In the 33rd minute, Edinson Cavani netted his 30th league goal of the season, before Matuidi doubled PSG’s lead with a low past Metz goalkeeper Eiji Kawashima three minutes later.

However, things changed dramatically in the second half, as Yann Jouffre, Cheick Diabate and Ismaila Sarr, the substitute trio of Metz, were a huge boost for their team’s comeback.

Jouffre got the chance to put Metz up late in the game, while seeing his another free-kick hit the crossbar.

With a point looming, Matuidi kept PSG’s title hope alive with his header at target three minutes into stoppage time.