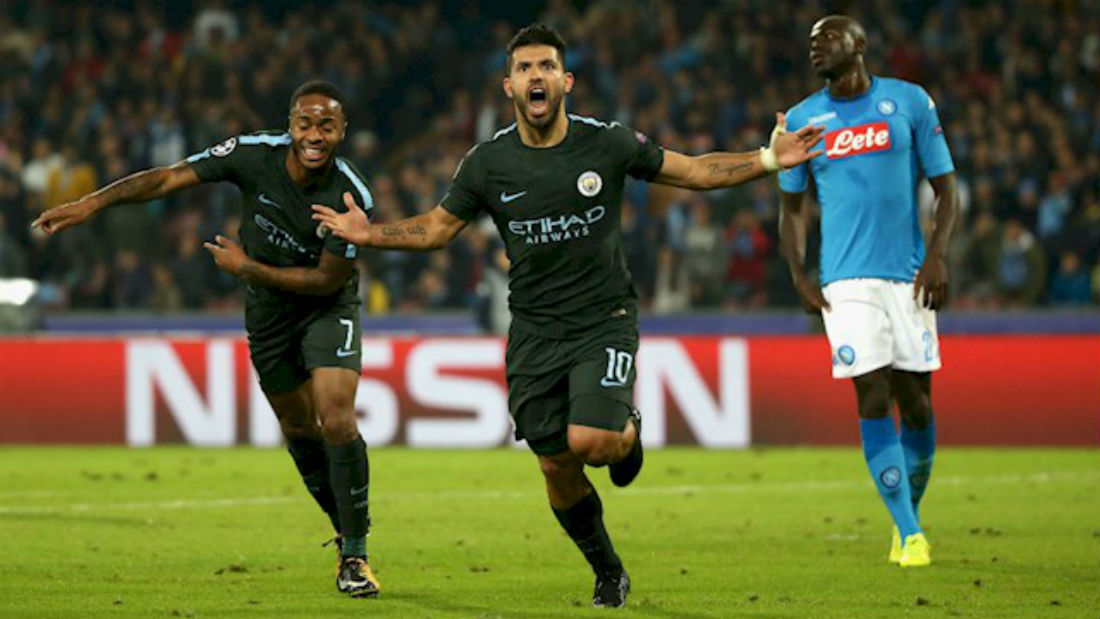 Manchester City qualified for the knock-out stage of the Champions League with a brilliant 4-2 win at Napoli in a thrilling contest on Wednesday.

City’s Argentine forward Sergio Aguero rewrote the history books as he scored in the 69th minute to become the club’s all time top-goalscorer with 178 goals. 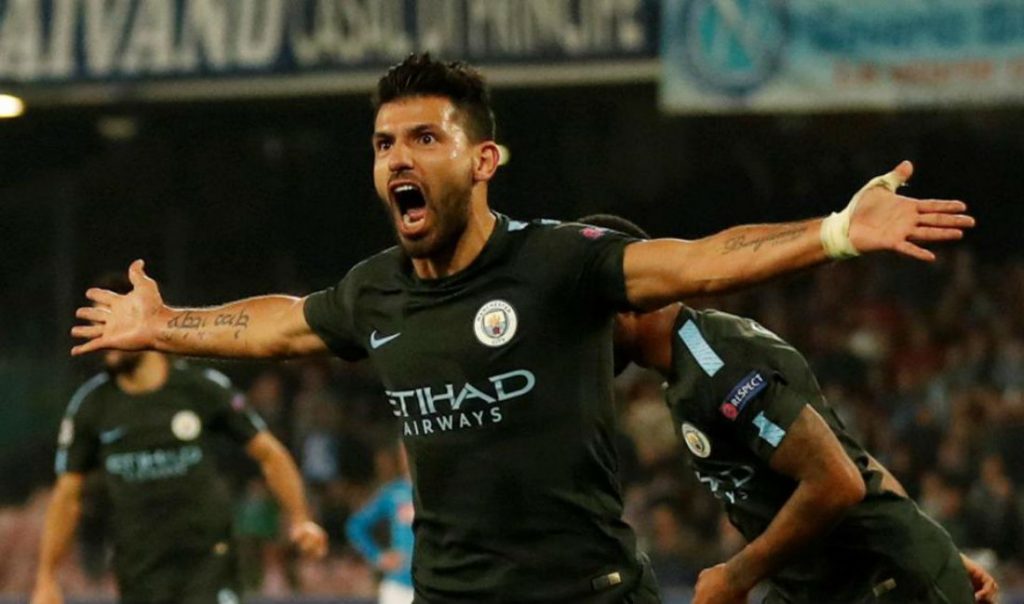 City came from behind to win in a meeting between the free-scoring, unbeaten top sides in the Premier League and Serie A.

Lorenzo Insgne put hosts Napoli in the lead in the 21st minute, before City defender Nicolas Otamendi headed the equaliser for the premier league giants in the 34th minute. 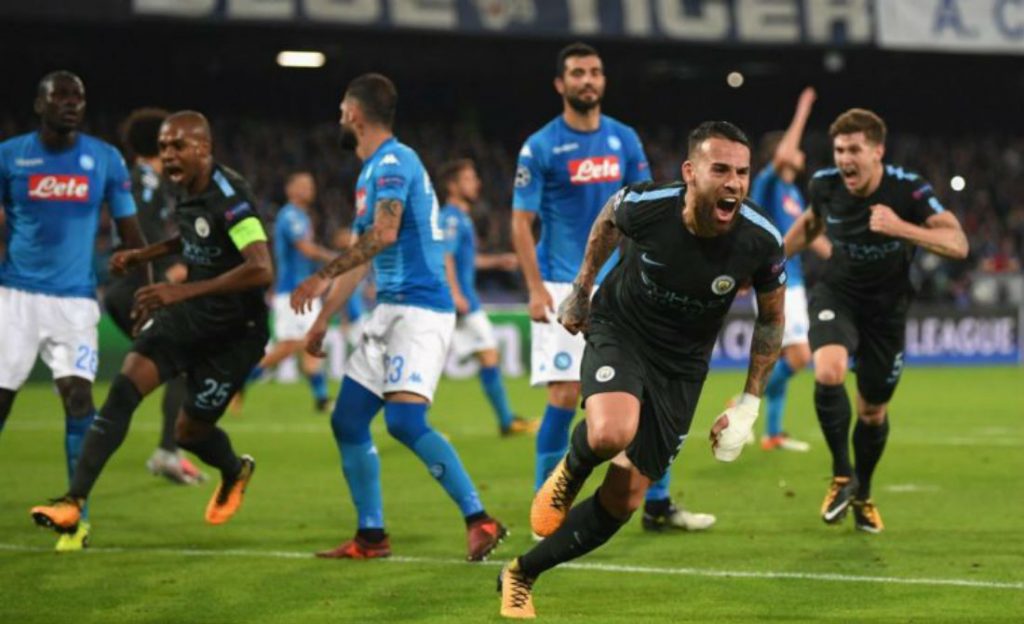 With the score level at 1-1 at half-time, the match seemed poised for a thrilling second half and the teams lived up to the expectations.

Man City centre back John Stones headed in a corner to put Pep Guardiola’s men in the lead just after half time.

However, Napoli were in no mood to give up and they kept up the pressure on Guardiola’s men. The Italian club was rewarded with a penalty for Leroy Sane’s foul on Raul Albiol, and Jorginho sent City keeper Ederson the wrong way from the penalty spot to equalise for the hosts. 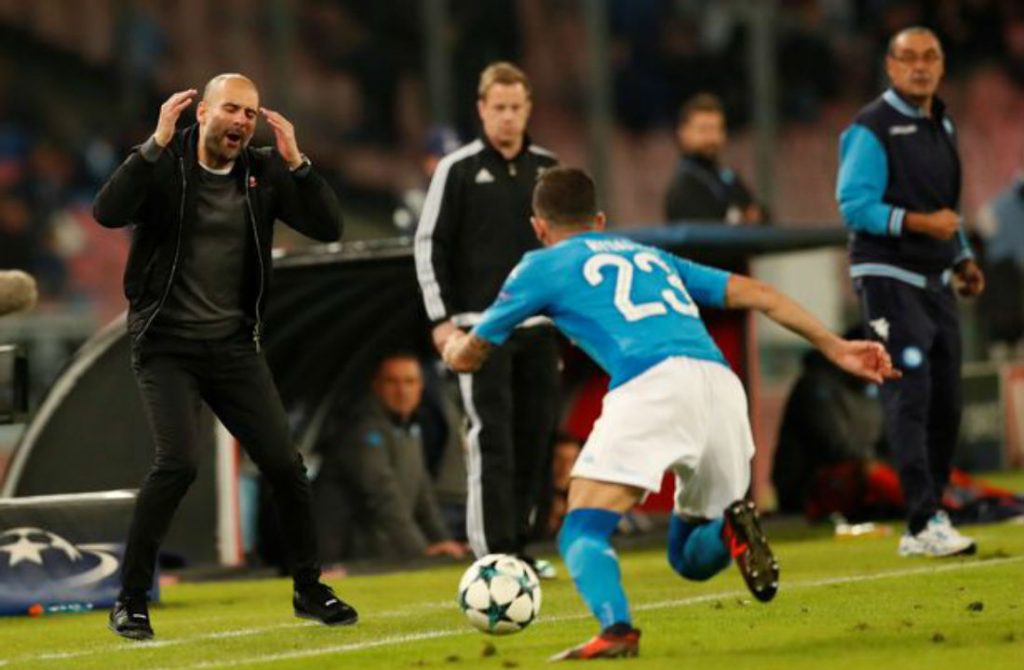 However,the biggest moment of the night came in the 69th minute when the ball broke to Sergio Aguero from a rapid counter led by Leroy Sane, and Aguero guided the ball  home from the edge of the box to become City’s all time leading goalscorer, surpassing Eric  Brook’s tally of 177 goals. 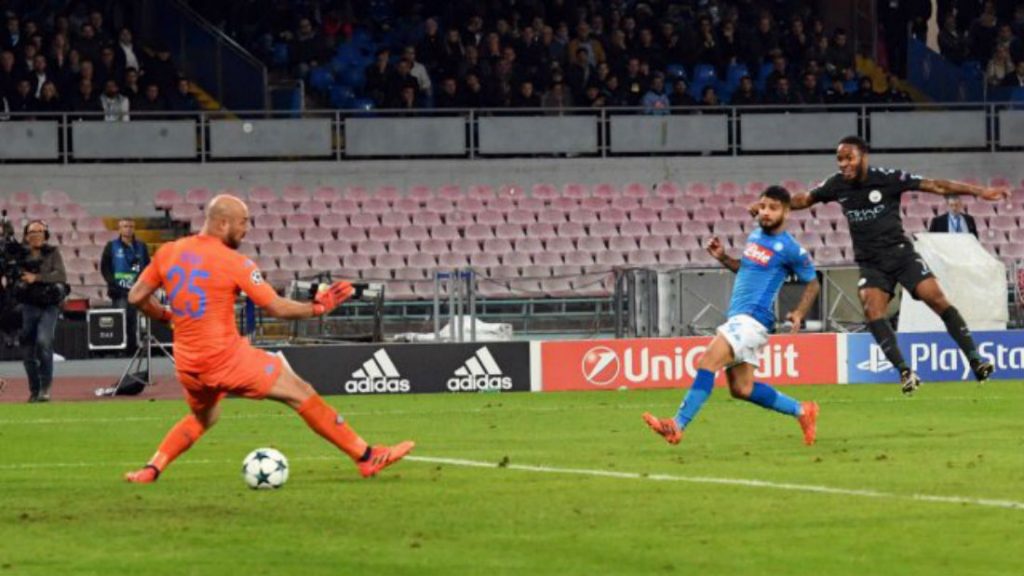 The final stages were comfortable for City and Raheem Sterling crashed home a fourth goal from Kevin de Bruyne’s pass in injury time.

The win meant Pep Guardiola’s Manchester City are now through to the last 16 of the Champions League for the fifth successive year, whereas Maurizio Sarri’s Napoli are now six points behind second-placed Shakhtar Donetsk, who beat Feyenoord 3-1, with two games left in Group F.