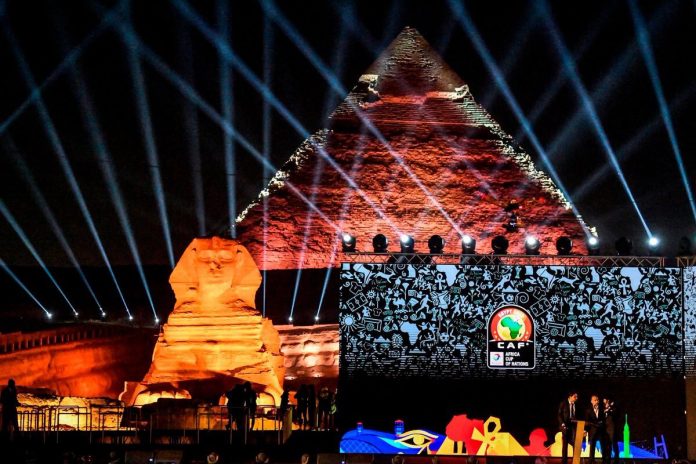 Chuka Onwumechili, Professor of Communications, Howard University is the author of this article which was originally published in The Conversation, an independent source of news and views from the academic and research community.

With the 32nd Africa Cup of Nations (Afcon) already underway in Egypt, the focus will be on the games between the continent’s top football teams to see who is going to raise the cup on Friday 19 July at the end of the three-week tournament.

But behind the scenes the North African state’s security agencies will be keeping a close eye on a certain group of fans, known as “ultras”.

Ultras are fanatical football fans who organise themselves into support groups, often attached to clubs but also often reflecting a particular class or brand of politics. The ultras movement began in Italy in the 1950s. Today they are also prominent in countries like Germany, France, Poland, Serbia Scotland, Russia, Turkey, Brazil, Argentina, Algeria, Morocco, Tunisia and Egypt.

They can often be seen strutting their stuff at major matches, providing sounds, visuals and noise through songs, chants, fireworks, instruments, flags and banners. Some ultras have political connotations – left or right wing, fascist, communist or revolutionary. A number of ultra groups are racist and violent and some are linked to criminal gangs. But most are simply passionate supporters.

There’s tension around the security issue because of the role previously played by ultra groups in Egypt. The situation has been so tense that the government has gone as far as banning groups of fans linked to some of the country’s top teams. But the ban goes against the Confederation of African Football’s wishes to have stadia filled to the brim.

Egypt has lifted some of the restrictions it imposed on fans. But some remain in place, including a ban on ultras attending matches. The hope is that this will keep a lid on any outbreak of violence.

The close link between football and politics often manifests in ultras groups. In Egypt, the powerful ultras played a crucial role in the revolution of 2011.

Two ultra groups – Al Ahlawy, that supports Al Ahly, Egypt’s iconic club and its major rivals, Zamalek’s White Knight ultras – marched together in their thousands on Cairo’s Tahrir Square in 2011. They became a leading voice on the front line against Hosni Mubarak’s regime, helping unseat the despot after 30 years of autocratic rule.

The influential revolutionary group’s role in the events of 2011 has been written about extensively by senior football writer, Matt Gault. As he’s observed, it was a time when only two groups in Egypt were allowed to air their views: the Muslim Brotherhood and the ultras.

The Ahlawy provided fuel for the revolution which ultimately overthrew Mubarak. They manned barricades, participated in songs of protest and produced banners denouncing the regime of Mubarak.

The author observes that as a result of this, the Ahlawy today has an exalted position in the hearts and minds of Egyptians:

They were seen to be the protectors of the revolution, the voice of the poor and disenfranchised.

One of the questions around Egypt’s bid to host this Afcon, after Cameroon was stripped of the rights, was the issue of security. It is a pertinent question considering that the Egyptian state has been, since the Arab Spring, engaged in a battle with the ultras. 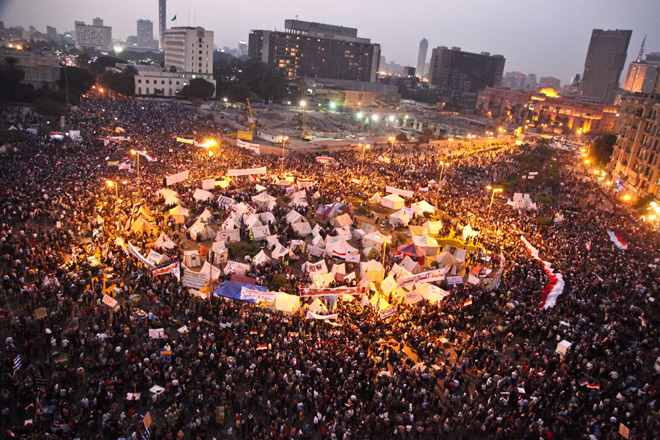 Their strained relationship got even worse after clashes following a match in Port Said city led to the death of 74 Al-Ahly club fans in February 2012. Fans accused police and paid hooligans of orchestrating the violence, with it being perceived as revenge for the 2011 uprising.

The state banned fans from attending matches after that. The ban was partially lifted last year but only 5,000 spectators will be allowed into games initially, and ultras will remain banned.

These clampdowns by Egypt reflect similar activities in Tunisia and in Morocco that are designed to limit activities of the ultras. While the state has generally used security systems to silence the youth, they had been largely unsuccessful in doing so within the football stadium.

The award to Egypt of hosting rights to the Afcon was a mild surprise. Clearly, the Confederation of African Football (CAF) had few options. Cameroon clearly wasn’t ready. The only two countries that stepped up to the plate as alternative sites were Egypt and South Africa. South Africa had been a more recent host and its broken diplomatic relationship with influential Morocco was clearly a negative.

Thus, Egypt, despite the underlying security issues, offered the better opportunity – at least in the Confederation’s eyes.

Nonetheless, to win the bid to host the Afcon, the Egypt had to assure CAF that the state would relax the rule limiting spectators at Egyptian stadia. CAF needs spectators at games. Egypt complied. But, as the Afcon approached there were reports of ongoing arrests of members of the ultras – most recently 30 were arrested in connection with “terror offences”.

The Egyptian state clearly believes the arrests will prevent ultras from being at the games.

Ultimately, the state hopes that fan-instigated stadium riots will not occur during the Afcon. While the ongoing clampdowns may make the state feel that this problem has been nipped in the bud, there are uncertainties. Hopefully, for the Confederation and Egypt, the Afcon will be all about football and not about ultras or social problems that inspire the protests.