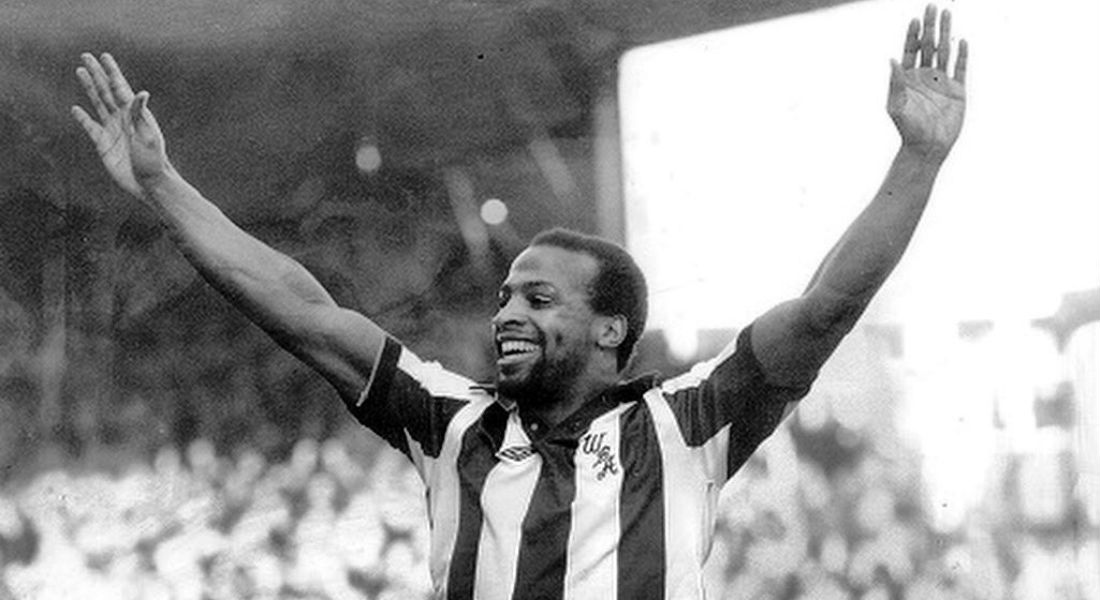 My earliest football memory is of being sat around an old black-and-white television with my older brothers watching Cyrille Regis score a disallowed goal for Coventry against Tottenham Hotspur in the 1987 FA Cup final. Other than that, to me as an 11-year-old second-generation African-Caribbean child, Regis was unremarkable. This was my first match and so I assumed it was normal that there were five black players on the pitch. That fans always sung their heroes’ names – whether black or white. By the end of the match I had chosen to support “Spurs” – mostly because I had fallen in love with their smart all-white kit (which had a reversible collar!). 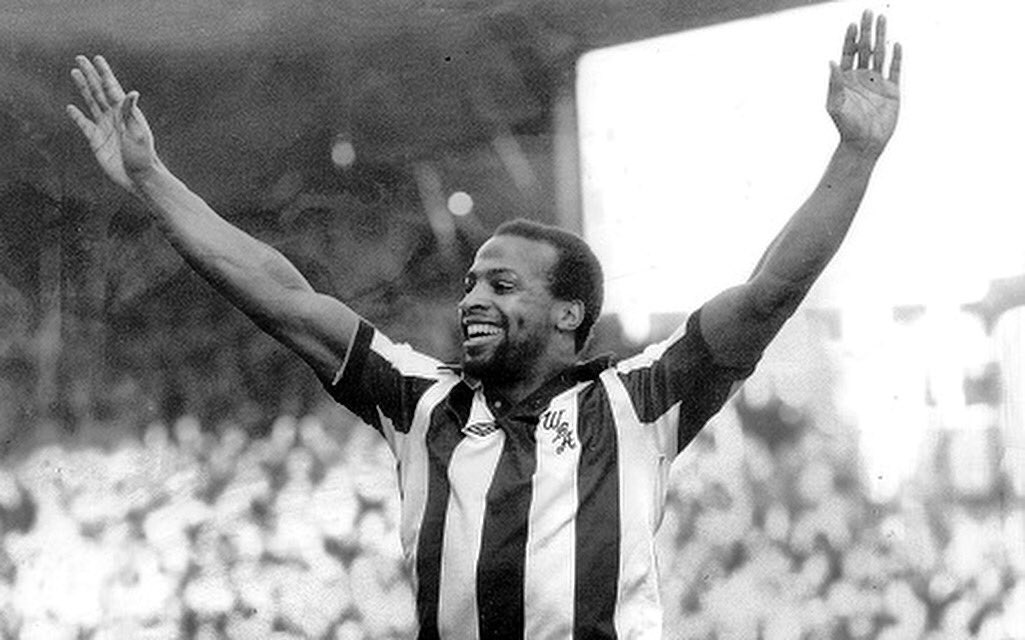 This was important, upon reflection. As a young black child I felt a freedom to choose a team purely on the basis of their kit, unlike my older siblings, who supported Regis over any club loyalties (even though they all supported Liverpool like most kids at the time, they always wanted Liverpool to lose if the opposing team had Regis in it). They were more bound by an incontestable cultural allegiance to Regis. He was important to them. But this was lost on me – at the time.

This difference points to what was – by the 1990s – a slowly changing landscape in English professional football. It also points to changes within the experience of young black men within the game and the country more widely. Importantly, it indicates what a different experience it was to be young and black in the 1970s, the 1990s, and today.

Regis was born in French Guiana in 1958, but moved to England in 1962 and signed for West Bromwich Albion in 1977. He made his England debut in 1982. Alongside black teammates Brendan Batson and Laurie Cunningham – and Nottingham Forest’s Viv Anderson – he was part of a small but growing black British presence emerging in English professional football during the 1970s and 1980s.

In the context of race relations, this was an especially ugly and violent period in recent British history. The black experience was characterised by prejudice and marginalisation in employment, housing, education and politics. British African-Caribbeans also experienced violence and brutality by the state. 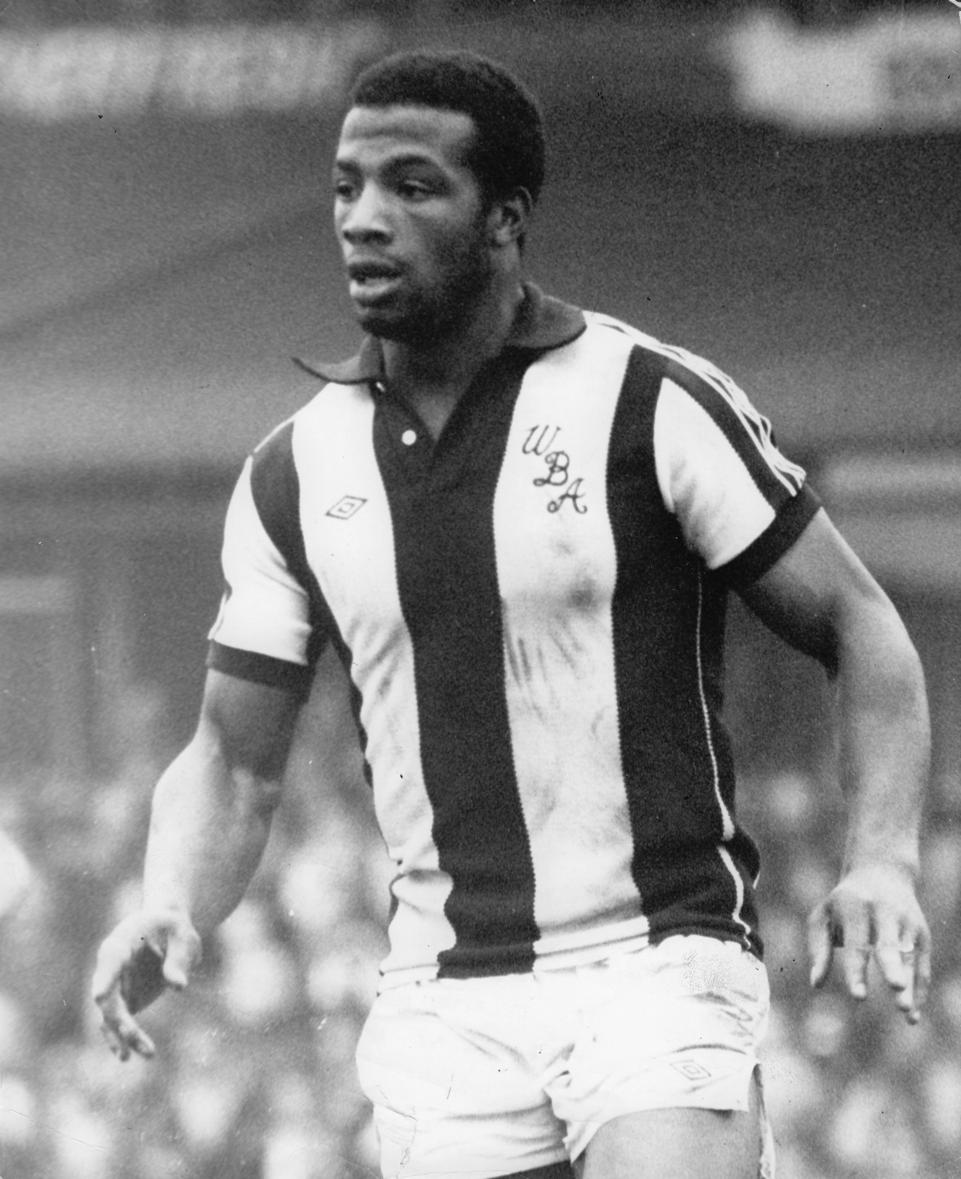 Professional football during this period was deeply fused with a particular violent, male, white, nationalist working-class identity which was inhospitable to “foreign outsiders”. Despite often being located in densely populated black and South Asian areas, football stadiums were the social and geographic hub for this type of white working-classness. Resistance to foreign outsiders usually took the form of racist songs, monkey chants or by throwing bananas and coins at the opposition’s black players. Football was white – and blacks were an unwanted presence. Prior to making his debut for England in 1983, Regis received a letter from one fan which contained a bullet. It stated: “If you put your foot on our Wembley turf, you’ll get one of these through your knees.”

A combination of his good looks, powerful frame and his ability to quite literally blaze a trail past – and often through – defenders, meant that Regis quickly became a powerful symbol of an assertive black Britishness, masculinity, solidarity and resistance for many young black men – even if frontline politics was not his intention. The efforts of Regis and his peers meant that white coaches had little choice but to begrudgingly recruit more black players.

It was perhaps ironic that the successes of players such as Regis also reinforced a certain type of racial perception of black athletes held by many white coaches and chairmen at the time. Black players were seen to be naturally powerful and strong but lacking in intellect and grit. This translated to black players being perceived as more suited to certain on-pitch positions, such as forward or winger, and not suited to positions which required cognitive skills and technical ability, such as in the central midfield – or in leadership roles. Former Crystal Palace chairman Ron Noades once claimed that in “multi-racial” teams, white players would “balance things up and give the team some brains”. This blueprint for black inclusion enabled access for certain types of black footballers and constrained the inclusion of others.

Cool Brittania and beyond

But by the time Regis had played his last professional game for Chester City in 1996, race relations in professional football and England had changed dramatically. The arrival of New Labour in 1997 witnessed the emergence of a wave of anti-discrimination policies in all areas of social life. Cool Britannia brought with it new social and political discourses which celebrated and encouraged ethnic and racial diversity.

Black footballers now occupied all on-pitch positions for their clubs and had captained the national team. England’s successful Euro ’96 campaign showcased to the world that the country, professional football and its national team were an example of a successful multicultural society, which had a multi-racial team and fan base. And in regards to black inclusion on the pitch, by the end of the century, professional football was, to use the tagline of the then recently reorganised FA Premier League: a whole new ball game.

Today, it is clear that Regis undoubtedly influenced the landscape of modern sport and wider social life in Britain for British African-Caribbeans. Black heritage players are no longer subjected to the kinds of crude and overt articulations of racism that he had to endure. They account for around one-third of professional footballers and the Premier League’s two most expensive players are black (if not British).

More widely, Britain’s African-Caribbean community is perhaps arguably the most integrated of all post-war immigrant communities from the old colonies. Given all this, it is unsurprising that many of the young people that I have surveyed in my own research now believe racism is a thing of the past. This is arguably true of a certain type of racism. 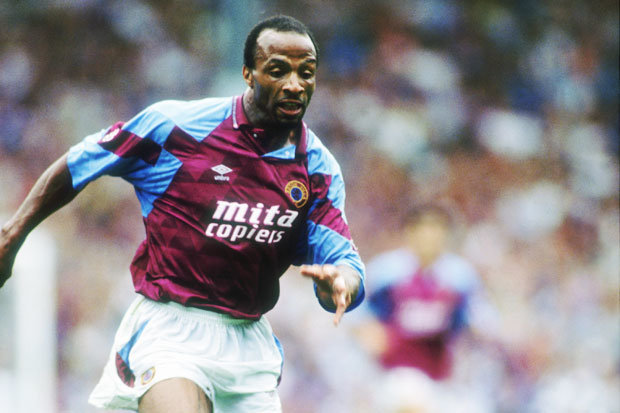 But black-heritage footballers today experience new and more complex forms of racism – and some of the same old ones. For example, less than 1% of senior coaches and managers in England are black. And there appears to be an almost complete exclusion of South Asian players and coaches. Social media, meanwhile, provides an anonymity and platform for people to openly and freely racially abuse black players once again.

The game’s governing bodies such as FIFA, EUFA and the Football Association are frequently found to be ill-equipped to adequately support the victims of sporting racism or to adequately sanction the perpetrators of these kinds of discriminations. The latest generation of men and women of British African-Caribbean heritage are confronted with new and elusive forms of covert discrimination and ethnic closures in employment and wider social life.

Regis will rightly be remembered as one of the most powerful examples of English professional football – and as a model for black inclusion and equity in sport and social life. When reflecting on his life, we must celebrate just how far professional football and race relations have progressed since the 1970s – and recognise his contribution to this. At the same time, we must also use his story to not forget that much work still needs to be done.

(THE AUTHOR, PAUL IAN CAMPBELL, SENIOR LECTURER IN SOCIOLOGY (RACE, ETHNICITY AND LEISURE), COVENTRY UNIVERSITY. THIS ARTICLE WAS ORIGINALLY PUBLISHED IN THE CONVERSATION.)