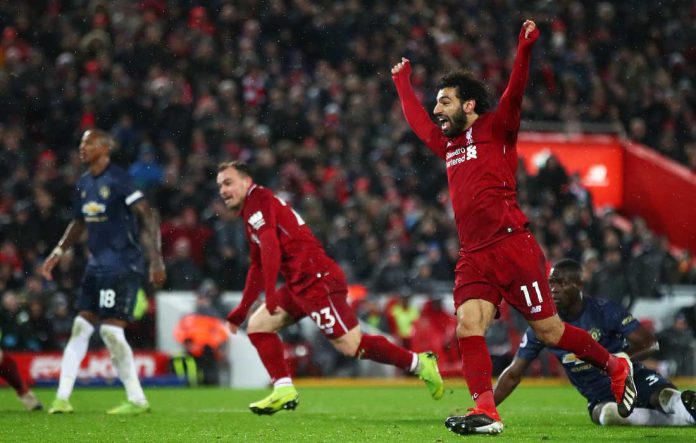 Elisavet Argyro Manoli, Lecturer in Sports Marketing and Communications, Loughborough University, is the author of this article which was originally published in The Conversation, an independent source of news and views from the academic and research community.

Following Chelsea’s victory over London rivals Arsenal in the UEFA Europa League final in Azerbaijan, and Liverpool facing off Tottenham in the UEFA Champions League final, saw an all English affair in two European competitions battling out for their prized glory.

It’s the first time that all four teams in the European finals have been English. And the English Premier League’s commercial success begs the question of whether money has been the driving force for the success of these teams on the pitch.

In terms of overall league success, the English Premier League dominates European football when it comes to income, leaving the rest of the leagues far behind. According to the latest Deloitte Annual Review of Football Finance, the English top league had a total revenue of €5.44 billion in the 2017-18 season. This is almost the same as the next two leagues in the rankings put together, Germany’s Bundesliga (€3.17 billion) and Spain’s La Liga (€3.1 billion).

But the EPL’s astonishing commercial success is an older phenomenon. It has topped football finance rankings for the last decade. Seeing this translate to success on the pitch in European competitions is relatively new. After all, historically, it has been Spanish clubs that have dominated the European competitions, winning trophy after trophy since the early 2000s.

When we look at the revenue of specific clubs, the picture becomes a bit more complex. The most financially successful English club has always been Manchester United, which also historically topped Europe’s money rankings and only made it to the quarter-finals of the Champions League this season, while failing to qualify for it in 2020.

According to Deloitte’s detailed breakdown of club financial performance, the Football Money League, the best performing European team was Real Madrid, followed by Barcelona and then Manchester United. The revenue generated by the two Champions League finalists, Liverpool and Tottenham in the 2017-18 season ranks them seventh and tenth respectively.

While both clubs increased their income and subsequent ranking from the season before (2016-17), they still rank well behind Spain’s Real Madrid and FC Barcelona, and England’s Manchester United. Tottenahm’s revenue of €428.3m was nearly half that of top ranking Real Madrid’s €750.9m.

READ MORE: How The Premier League Has Made English Clubs Dominant In European Competitions

In fact, the clubs that appeared in the top six positions in this year’s revenue table did not participate in either UEFA competition final. So it seems that money does not automatically equal success.

Nevertheless, money clearly plays a role in today’s competitive sport ecosystem. While this relationship might not be a direct analogy of “money equals automatic victory”, with a number of the clubs appearing on the Deloitte list having not won a European trophy for years, it does suggest that the two are related. Liverpool and Tottenham may not top the financial league tables, but they still rank fairly high.

It’s also useful to look at how clubs spend their revenues and the extent that they can buy success through buying top players. Tottenham did not spend any money on new players in 2018-19, but did spend €123.4m in 2017-18 including €28.9m on player Lucas Moura who was instrumental in getting them to the final.

Liverpool on the other hand spent €185.7m on new players in the 2018-19 season and €177.2m the year before. This included more than €60m on a much-needed new goalkeeper and more than €40m on star striker Mo Salah. So arguably their success has come at greater cost. In 2018-19, only Chelsea outspent Liverpool in terms of transfer market activity.

Of course, buying top players can only get you so far. They need to play well together and there is also the role of luck when it comes to whether or not players get injured – something Tottenham have struggled with this season, with top striker Harry Kane and others out for much of the season.

Looking at it from a non-football perspective, research I’ve carried out into sport governing bodies underlines the challenges that sports bodies are faced with in terms of securing profitable revenue streams. Colleagues and I found that there is a virtuous (or vicious) circle in sport where money leads to success and then success to more money, and vice versa. We found that a number of sport governing bodies have been hit by the government’s austerity policies. These cuts mean a lack of secure funding which led to an unavoidable and dangerous vicious circle of less success.

So Tottenham – the underdog in terms of historic financial performance and on the pitch – will be hoping to develop a more virtuous cycle in the club’s first ever Champions League final. Meanwhile, Liverpool will hope to build on their experience and past successes in Europe’s top flight. Money may not be the only key to sporting success, but it is certainly an important ingredient to it nonetheless.