Man with the Midas touch! 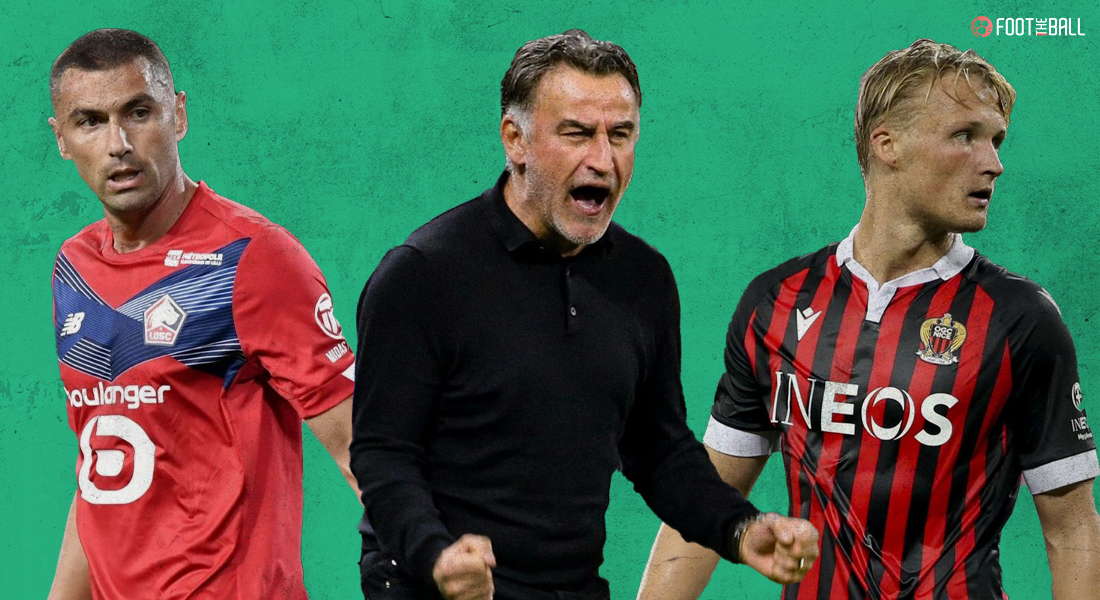 One of the biggest stories in football in the last few years was French side Lille winning Ligue 1 after a decade. Having ended the dominance of PSG, who have been perennial victors since the arrival of Qatari ownership, Lille blew past all expectations to win an unlikely title in 2020-21.

Les Dogues could not, however, come to heights anywhere near those in the 2021-22 season. Lille finished a lowly 10th in the campaign as PSG reclaimed their title. From the squad of title-winners, only two key players were lost- Mike Maignan and Boubakary Soumare. The drop-off in quality was nowhere near enough to warrant a slide to 10th place. That brings the influence and abilities of former manager Christophe Galtier into an even sharper focus.

Paris Saint-Germain is delighted to announce that Christophe Galtier has been appointed as first team head coach.

The Frenchman has signed a contract for two seasons until 30th June 2024. ❤️💙 https://t.co/ZXrhfGrJir

Galtier worked wonders for four seasons at the club, under a constant overhaul of the best players who were lured away. His new team, OGC Nice, who themselves finished 9th in the season Galtier led Lille to the title, overachieved with him at the helm. Galtier helped Nice finish in 5th position, missing Europa League qualification on just goal difference. The next stop for the ‘Miracle Man’ of French football is the giant he toppled with Lille, PSG.

Galtier arrived at Lille in December 2017, taking over from Marcelo Bielsa with the team in the relegation places. Lille were haemorrhaging defeats that season, a lot having to do with the dysfunction till Galtier’s appointment. However, with three consecutive wins from the club’s final four league games, Lille avoided relegation by a solitary point. The 2018-19 season really announced Galtier as someone who can challenge for the title.

The club brought in unheralded players such as Jonathan Bamba, Mehmet Zeki Celik, Jose Fonte, Jonathan Ikone and Soumare. All of these would go on to lift the championship in two years’ time but back then, they were no slouches either. Lille finished 2nd, conceding the fewest goals (33) with Nicolas Pepe hitting 23 goals and Bamba scoring 14 across all competitions. The team only suffered two defeats since the turn of the year, and despite losing Pepe, Rafael Leao and Thiago Mendes managed to finish 4th in 2019-20.

Once again, before the 2020-21 campaign, they had to sell top-scorer Victor Osimhen along with key defender Gabriel. Not to be deterred, Galtier identified top replacements in Burak Yilmaz, Jonathan David, and Sven Botman- all of whom became starters immediately. He used a well-drilled 4-4-2 which became a narrow 4-2-2-2 when they were out of possession. The plan was to move quickly out of defence and advance through the wide areas using the electric pace of Bamba and Ikone.

Up top, David was the agile one who darted in and out of spaces while Yilmaz served as the target man. While defending, Lille pressured intensely in the opponent’s half and forced them to attack down the wings. They were comfortable in dealing with crosses into the box, given Fonte and Botman’s aerial supremacy. Maignan was an active goalkeeper, coming out to catch and being excellent with his reflexes. The result? Only three defeats across the entire season, fewest goals allowed (23) and the highest points tally (83) in their history on their way to the Ligue 1 trophy.

Galtier won the Manager of the Season award (his third, the second one coming in 2018-19), Maignan was the Best Goalkeeper and everyone appeared well pleased. However, the relationship came to a fraught end after disagreements with the new president and he moved on to Nice where he continued his brilliant job. But before looking into the present and the future, one has to appreciate the past to understand the true essence of Christophe Galtier.

His first coaching job was with ASSE, back in 2009. Much like Lille, Les Verts were in the relegation zone and had just fired Alain Perrin, a long-time mentor of Galtier. Once again, Galtier guided the side to safety, avoiding the drop by one point. Using the tools at his disposal, including a burgeoning Dimitri Payet and Blaise Matuidi, they finished 10th the following season. The 2011-12 campaign saw the emergence of another star in Pierre-Emerick Aubameyang.

His 16 goals enabled the side to qualify for Europe by finishing 7th. Galtier by then was already making a name as someone who gets the best out of his players no matter the match situation or opponents. Having to work on a shoestring budget as compared to rivals, Galtier had no choice but to see the best players come and go once they displayed their potential. Along with Aubameyang, some of the other names to have come under the tutelage of Galtier include Kurt Zouma, Max Gradel, Josuha Guilavogui, Faouzi Ghoulam and Allan Saint-Maximin.

A number of high-placed finishes followed, helping them continue their European sojourns. The peak, however, was the 2012-13 season with Saint-Etienne winning the Coupe de la Ligue. It was their first piece of silverware in 32 years and Christophe Galtier was also the joint recipient of the Manager of the Season award.

Since he left the club, they had a couple of good seasons but the downtrend began after Christophe Galtier’s departure. There have been instances of fan violence, ultras revolting against the manager, and disruptions on matchdays as Saint-Etienne ultimately suffered relegation this season after a playoff loss to Auxerre on penalties. What they would give for a man like Galtier to come and rescue them once again. But the manager is now with his new troops who are making waves at the opposite end. If anything, the performances of clubs after he leaves them makes his work look even more miraculous in hindsight.

Galtier and his new club had a massive summer, bringing in the likes of Jean-Clair Todibo Calvin Stengs, Pablo Rosario, Justin Kluivert, and Mario Lemina among others. He stuck with the 4-4-2, with many aspects from his time with Lille being incorporated. The importance of wide players, a complementing centre-back pairing and two attackers who provide different levels of danger.

The results were tremendous with Nice sitting top of the table at one point during the season. They made a habit of scoring goals in the final 15 minutes of the game. Christophe Galtier oversaw the development of yet another previously unheralded group. This one included Youcef Atal, Evann Guessand, and Khepren Thuram. Unfortunately for Galtier, Nice couldn’t sustain their sterling form and ultimately succumbed to their bigger and richer rivals, finishing 5th, still a good achievement.

Moreover, Christophe Galtier’s name has finally cracked the glass ceiling to be noticed by European giants. Paris Saint-Germain are close the confirming Christophe Galtier’s appointment. After underwhelming spells with Mauricio Pochettino, flirting with Zidane and reports of a union with Jose Mourinho, Galtier is set to take the reins. New Director of Football Luis Campos is himself someone who has been defying odds and overachieving all his career. Galtier, therefore, is a true match.

Fans of PSG might be underwhelmed by a comparatively under-the-radar name. However,  what Galtier has achieved at his previous clubs on a shoestring budget should have them salivating at the prospect of him having a large kitty at his disposal. No big-name coach has worked successfully at PSG, with the UCL title still proving to be elusive. Maybe a no-nonsense, unheralded overachiever is what they need. For the time being, he remains one of the best in the business and Ligue 1 knows the gem they have on their hands.