LEGACY OF THE WOLF 🦊 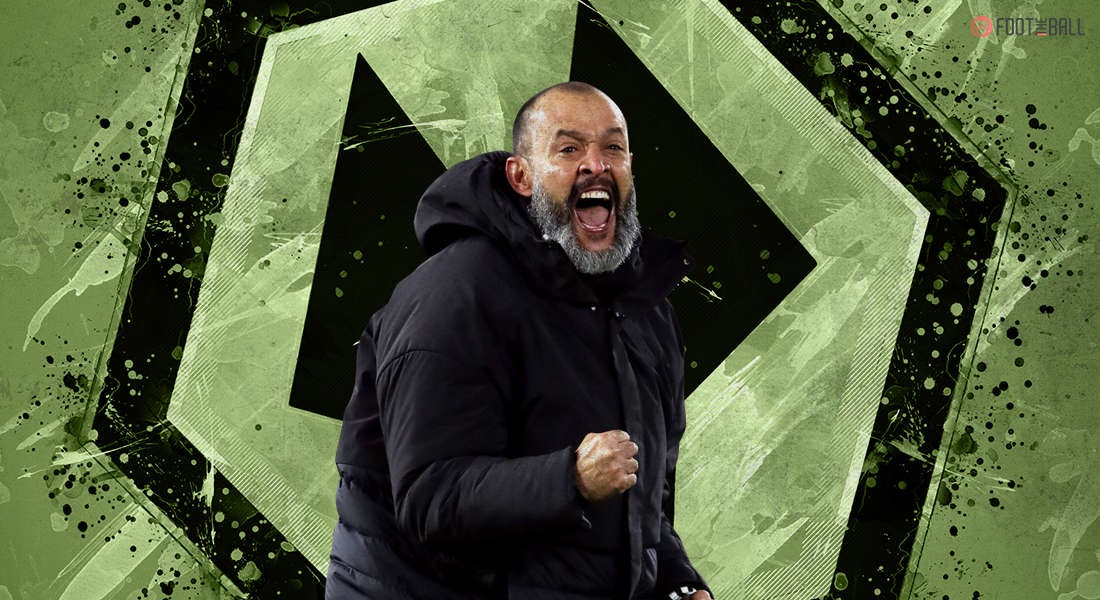 Nuno Espirito Santo, manager of Wolverhampton Wanderers,or how they are affectionately called Wolves, has announced his departure and will leave the club at the end of the season. After four years at the helm of the Molineux, his last game in charge of the Midlands club will be against Manchester United at home on Sunday.

After four seasons at the club, this Sunday will be Nuno Espirito Santo’s final game in charge of Wolves.

The Portuguese boss rescued The Wanderers from the dirt and forever etched his name in the club’s history books.

BEGINNING OF SOMETHING NEW

Chinese owners Fosun stepped up and changed everything, transforming Wolverhampton Wanderers into the team it is now, but it took the hiring of Nuno Santo to do this. That should not be overlooked when considering his contribution to the Wolves’ rise. Walter Zenga failed miserably, and Paul Lambert did no better. Portuguese agent, Jorge Mendes had assisted in bringing in talent but not in designing a vision.

The seeds of Nuno’s success were laid in his first season- who had brief stints as manager at Valencia and Porto- sweeping away the Championship and the presumption that it requires a while to establish an identity. He did so right away. The flexible 3-4-3 formation was formed by him in pre-season, with patterns of play executed flawlessly and becoming a routine because of which results poured in.

Wolves finished 14th in the Championship 2016/17 under Paul Lambert, but they were able to win promotion to the Premier League the following season after acquiring 12 players, under the guidance of none other than Nuno Santo.

The Portuguese boss made the most out of a squad and players whose only goal was survival in the second division. But Nuno’s magic show did not stop in having them get promoted.

In Wolves first season back in the English top flight since 2011/12, they finished seventh, their highest-ever Premier League finish only below the “Big 6” and established themselves as one of the most competitive teams in the league.

Nuno’s side was able to dominate the game without the ball. The ruthless counter attacks by the Wolves acted as nightmares for the opposing defences. Under Nuno, Wolves became a well-oiled unit, with Championship players like Conor Coady and Matt Doherty not only functioning but blossoming. In the Premier League, Raul Jimenez netted goals, Joao Moutinho added quality and elegance in the middle of the park and Adama Traore became a dagger on the wings.

A ONE SEASON WONDER?

Wolves enjoyed a much better campaign than the previous one and under Nuno Santo, they became one of the most deadly counter attacking teams in the Premier League. At the beginning of the 2019-20 campaign, The Wanderers were able to book themselves a ticket for the UEFA Europa League. For a second consecutive season, Wolves finished seventh in the top flight.

Wolves are guranteed at least 7th in the Premier League for the second successive season.

The opposing defences had no answer for the Wolves talented frontline comprising Jota, Traore and lead by their Mexican talisman, Raul Jiminez. He found the form of his life that season, netting 27 goals and assisting 10 times in 55 matches in all competition. And then they had the orchestrators in Ruben Neves and Joao Moutinho, who pulled the strings in the midfield and with their technical repertoire, made things easy for everyone. Wolves captain Conor Coady, fullback Matt Doherty and the Portuguese goalkeeper Rui Patricio acted as walls in front of the goal, with 13 clean sheets in the Premier League.

Another remarkable top flight season from them was overshadowed by their own achievement, as The Wanderers made it to the Europa League quarter-finals, which was the highlight of Nuno’s four years at the helm. However, they suffered a frustrating 1-0 defeat to Sevilla in the quarter-finals and a disappointing finish to their Premier League season, dropping from fifth to seventh in the last six games.

🐺 After 17 games in 2019/20, a memorable European adventure ends at the quarter-final stage for Wolves – they made club history in the process 👍#UEL pic.twitter.com/gxDEi0Qj7A

However, their entrancing football that season left every spectator in admiration, and they were no longer regarded as the underdogs. All credit to one man that is Nuno Espirito Santo.

This season though, put simply, Wolves were no longer recognisable as Wolves. With Raul Jiminez’s season-ending skull fracture earlier this season, and the insurmountable exits of Diogo Jota and Matt Doherty, Nuno’s Wolves project took a big hit. Arrival of Nelson Semedo and Fabio Silva never seemed to be enough to merit a change in strategy, and injuries quickly validated that. Jonny sustained a relapse of his cruciate ligament tear, while the absences of Willy Boly and Daniel Podence rendered Nuno with few alternatives. And the loan signing of William Jose from Real Sociedad has not worked out.

Regardless, Nuno has done an outstanding job as Wolves boss, leaving Molineux with a better win record than even Stan Cullis, whose statue stands at the opposite end of the stadium.

In the their clash against United, some fans will be allowed back in. Nuno felt the absence of the supporters inside the stadium more acutely than anyone, a relationship reinforced by his remarkable £250,000 contribution to social works in the region after the lockdown and he’ll be able to relish the chance to experience only a glimmer of their everlasting adoration one more time.

Nuno Espirito Santo, with his impeccable looks, Whaler beard, and limitless charm, is the man who regained the pack pride and catapulted Wolves to new heights. He is the man Wolves supporters will never forget.